After falling in love with “The Cleaning Lady”, we caught up with writer and star Alexis Kendra to discuss the vision behind this female-driven film.

I recently got a chance to see and review the horror film The Cleaning Lady, and I was so impressed by it! (You can read my review here.)

A disturbing film full of cruelty and obsession, we discover what abuse does to a young girl named Shelly, who is pushed over the edge into insanity. In this stunning psychological thriller, sympathy and loneliness lead a woman to make a mistake she will regret for the rest of her life. They say beauty is only skin deep, but the scars from trauma run much, much deeper.

I got a chance to talk to the lovely Alexis Kendra, who plays Alice. Alexis also co-wrote the film with director Jon Knautz. She gives us an inside look into the making of this very twisted film. 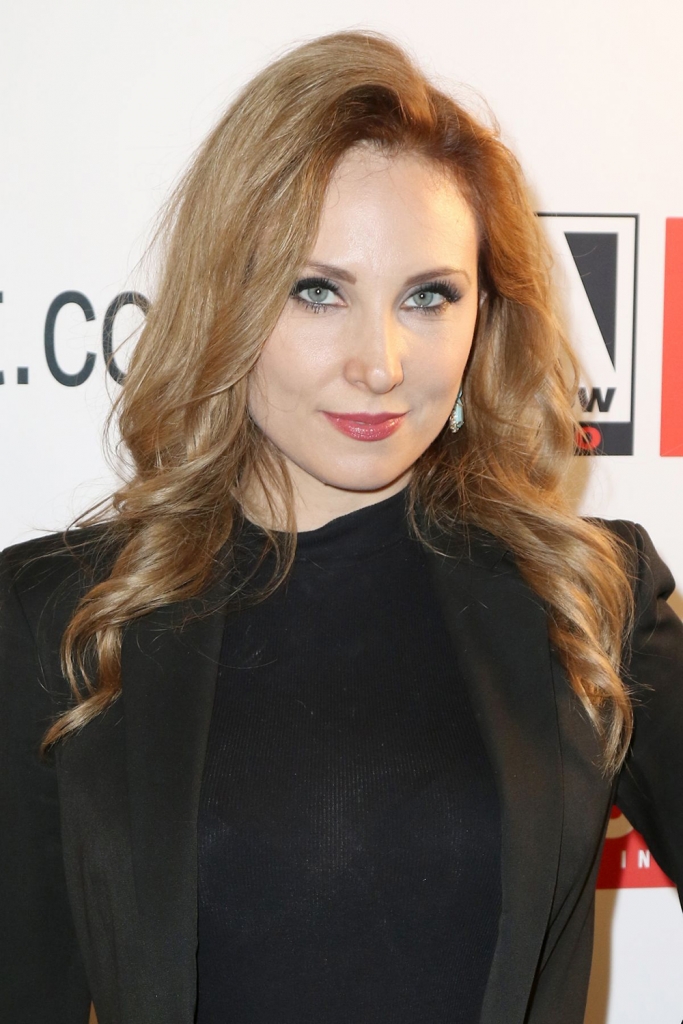 Los Angeles Zombie Girl: Hi Alexis, thanks so much for talking to me. I LOVED The Cleaning Lady! Where did the idea for the film come from?

Alexis Kendra: When the director Jon Knautz and I got together to write a screenplay, we just naturally gravitated to the psychologically twisted tale. That being said, when I was a child, I had a friend named Shelly – who has the same name as the villain in The Cleaning Lady. She was a bit of a social outcast and didn’t exactly fit in. So I took her under my wing and taught her how to apply makeup and how to dress. The problem started when she began showing up at my front door without being invited.  She crossed a boundary. At that young age I didn’t quite understand, but this behavior made an impression on me.

In Jon’s case, he gave a lift to a coworker one night, and the man told Jon to stop in front of the forest. Jon was like, “What?” And the man went onto explain that’s where he lives.  The man got out of the car and walked into the woods.  We combined both those stories and built it to be as compelling a narrative as possible.

LAZG: The Cleaning Lady is a very dark and disturbing story. It’s odd to feel such empathy with such a mean and violent villain. But after knowing her story, it was hard to hate Shelly. Did you intend for the audience to feel sorry for her?

AK: My intention was to make a film that not only entertained people but had them thinking deeply about their own lives. My goal as a writer was to create a villain that had a backstory, because I wanted the villain to be complex and layered. I wanted to show people, “Hey, I wasn’t always like this.” That may make it more compelling to watch as the story unfolds. It makes Shelly a bit more three dimensional and less of a stereotypical villain.

LAZG: I didn’t see it, but I hear this was a short film originally and was done again as a feature. Were you in the first film?

AK: I was in the proof of concept, and I played Shelly, the antagonist of the film. In the feature, I played Alice, the protagonist. Playing both was interesting to say the least.

LAZG: Why did you choose not to play Shelly again in the feature?

AK: I didn’t play Shelly because it was getting close to Day 1 of principal photography, and we didn’t have an Alice. I remember being in a meeting with the director. He looked across the table, and I just knew that look. I was like, “Are you sure?” He said, “Absolutely.” And that was the beginning of me playing Alice. And if I could do it again, I wouldn’t have done it any other way. I was so pleased with Rachel’s (Rachel Alig) performance. And I had a ball playing Alice. All the changes that happened were well worth it.

LAZG: What has been the audience response to the film? Was it what you expected?

AK: The film has played in festivals all over the world. My team and I have been invited to several, so we were lucky enough to travel the world and see the response. At every festival, the theaters were full, and everyone seemed to enjoy it. I was very taken aback by people’s reactions. And I really look forward to seeing the response here in North America.

LAZG: You produced, co-wrote and starred in the film. How did that come about? And how did you manage to wear so many hats successfully?

AK: I’ve looked up to Brit Marling and Lena Dunham since their first films came out. For the first time, I saw these women who not only acted, but also produced, wrote, and even directed their passion projects. These women have influenced my life more than they’ll ever know! I always tell actors to become writers and producers. Write yourself into your dream role! Don’t wait for it to show up at your door.

LAZG: Women in horror films is a favorite subject of mine. The relationship between Alice and Shelly, combined with the dynamics between young Shelly and her mother, really drove the film. Was that intentional? The Cleaning Lady is a kick ass female film!

AK: Thanks! Jon and I only write female protagonist films because we just find women in horror more compelling — more beautiful, uglier, more raw. There’s a vulnerability that women have that is so stunning for the horror genre. So we wrote a bunch of female roles, including our protagonist and our villain. I can’t wait to see how people react to that.

LAZG: The opening scene with the rats is hard to watch. Why did you choose to start with something that brutal?

AK: That was Jon. But I’ll answer for him since that’s one of my favorite scenes. We chose that for the beginning scene to let people know within seconds they were about to go on a dark ride, no question! Due to the amount of people asking about that scene, I think we achieved our goal!

LAZG: How long did it take to shoot the film? How much time did you have to prepare for the characters?

AK: I think we had a 28-day shoot if I’m remembering correctly. And the benefit of writing the script is that I know the character, I know her backstory. I built and created her, so there couldn’t really be any more preparation than that!

LAZG: The makeup on Shelly is different from the photos I saw of the short. Why did you change it? And who did the special FX? It was awesomely gruesome!

AK: Well ,we had a lot more money for the feature. And we had the correct amount of time to properly create the look that Jon wanted for the feature. He really wanted it to look as realistic as possible. He didn’t want it to look like she was wearing a mask. Our SPFX guy Kelton Ching did a fantastic job. He really worked super hard to make that happen.

LAZG: Was anything about this film a statement against child abuse? Shelly was definitely a horribly abused child.

AK: I really want people to have their own conclusions. But for me, the film is about obsession. It’s about doing absolutely anything and everything you can to get what you want, no matter how dark or twisted. On the flipside, it’s also about being trapped. And it’s also about fighting for what you want. Everyone takes something different away, which is awesome!

LAZG: What are some other roles that you have done?

AK: The role I’m most proud of is my last film, which is the first film I wrote and produced. I played a very twisted chick named Venus in GODDESS OF LOVE. I had the chance to play almost every emotion, which was so fun for an actress. I wrote myself my dream role, and I put myself as the lead and made the movie. I am such a believer in making your own work happen versus waiting for the role to just come to you.

LAZG: Are you a horror film fan? If yes, what’s your favorite and why?

AK: I love horror films absolutely! Don’t think I could write or make them if I didn’t! Here’s a few I love so much: AUDITION, DUMPLINGS, TALE OF TWO SISTERS, MARTYRS, ROSEMARY’S BABY, THE SHINING.

LAZG: Do you have any other projects coming up that you can tell us about?

LAZG: Thank you, Alexis. I can’t wait to see what you do next!

The Cleaning Lady is now available On Demand, Digital HD, and DVD from RLJE Films.