All Hail “Godzilla: King of the Monsters”

“GODZILLA: KING OF THE MONSTERS” roars into theaters, proving an American production of GODZILLA can stand with the best of Japan’s releases. 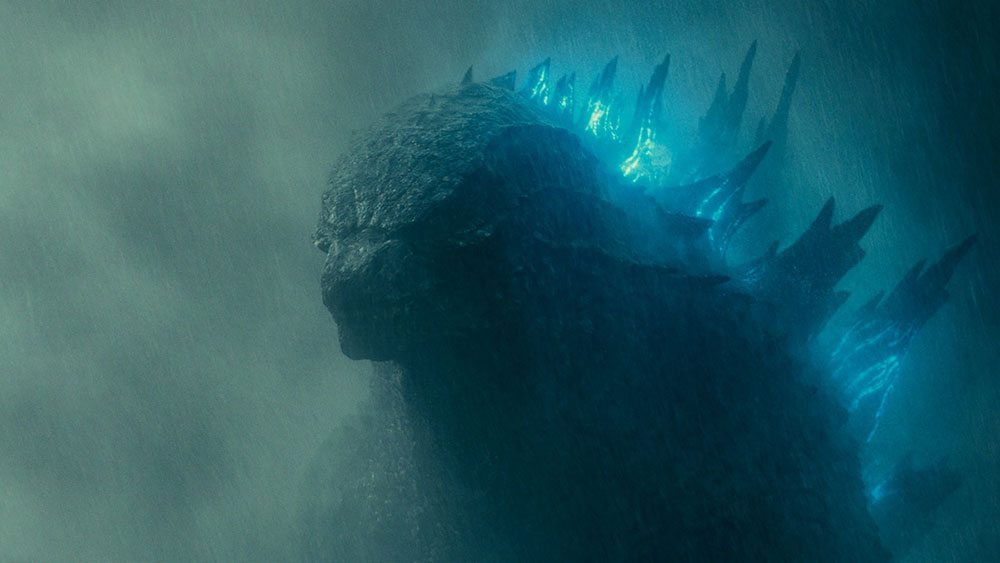 One of the common complaints about Gareth Edwards’ 2014 GODZILLA movie was there wasn’t enough monster action. While I understand the frustration of not getting more Godzilla, the 2014 movie was mostly following the MO of your standard kaiju movie. Some human drama, sometimes silly, that moves a story forward. That story ends up involving giant monsters fighting and destroying cities.

Handcuffed by Toho’s refusal to allow any of their roster of monsters to be used in GODZILLA, Edwards created new monsters, MUTOs, for the legend to fight. But there was still a feeling that something was missing.

Coming off the cult hits TRICK ‘R TREAT and KRAMPUS, writer/director Michael Dougherty is given the keys to GODZILLA: KING OF THE MONSTERS and a number of Toho’s franchise favorite monsters. My question going into the theater was whether Dougherty could inject a kaiju movie with the humanity and family drama that made a movie like KRAMPUS so compellingly good, while avoiding the shortcomings seen with the previous film.

In GODZILLA: KING OF THE MONSTERS, humanity is dealing with the fallout from the events in the prior movie. 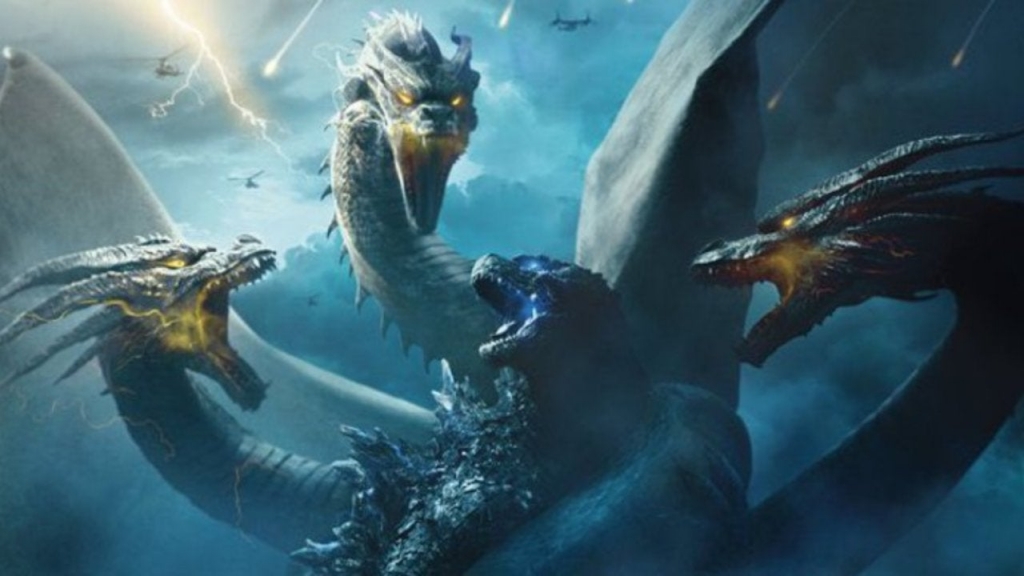 Monarch, the giant monster (aka titans) investigative/military organization, is under fire from the world governments concerning their knowledge of Godzilla. While hiding a large number of titans for study, Monarch must fight off government and military oversight and combat an eco-terrorist group fronted by a man named Jonah (Charles Dance). Amidst the Monarch drama is a fractured family dealing with the loss of their son during the events in 2014.

Emma (Vera Farmiga) and her daughter Madison (Millie Bobby Brown) want to save Godzilla and the titans, while Emma’s ex-husband and Madison’s estranged father Mark (Kyle Chandler) wants them all destroyed. The family, military, and science organizational drama are the backdrop to bringing out titans like Mothra, Rodan, and Ghidorah. All this monster activity awakens Godzilla, protector of the Earth, and the fight is on.

GODZILLA: KING OF THE MONSTERS utilizes striking and beautiful imagery. 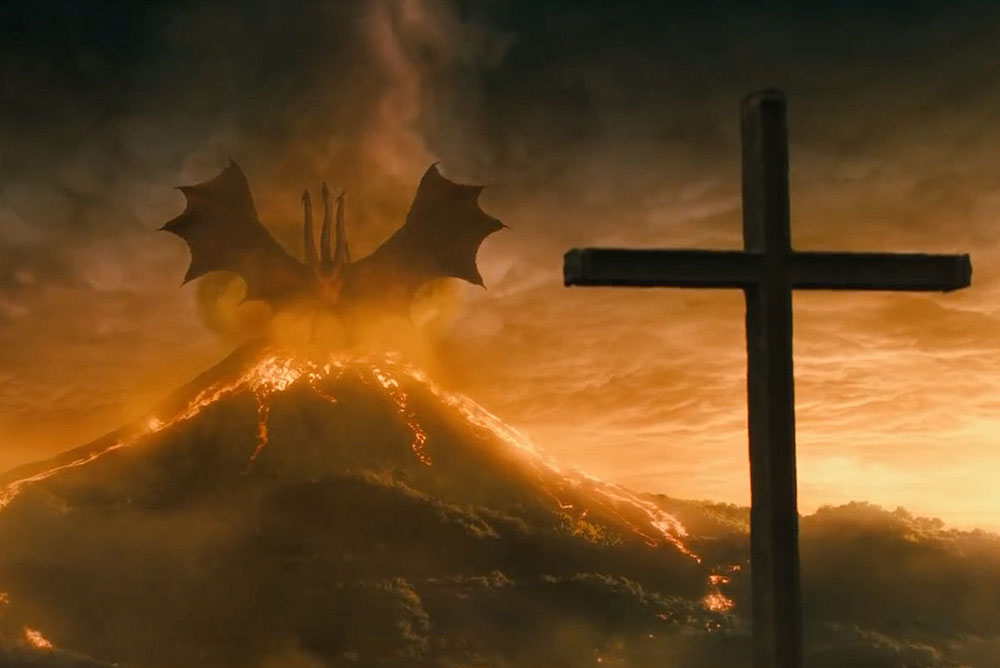 This is especially evident in scenes involving Mothra and the bringer of storms, Ghidorah. We are shown these creatures as Lovecraftian monster-gods rising from the deepest recess of an unseen world. According to Dougherty, budgetary reasons kept him from including more classic Toho monsters. But he was able to fill the movie with some of the monsters from KONG: SKULL ISLAND. In addition, the film introducing a few unique monsters, including a giant wooly mammoth with human-like arms. And we get a return of the MUTOs from GODZILLA (2014).

Long-time Godzilla fans will be delighted with the references to the original Godzilla movie, GOJIRA, as well as homages to the Showa and Heisei eras of the franchise. While the human story can, at times, slow down the momentum of the movie, the mighty monster action more than makes up for it. Each of the titans get plenty of screen time and each get their own “wow” moments.

Toho Films, throughout the decades, hasn’t been afraid to go fantastical with Godzilla movies.

At different points in the franchise, they have introduced mysticism, magic fairies who sing Mothra songs, time travel, aliens, dancing Godzilla, and monsters that speak to each other. For the most part, the American attempts at Godzilla have shied away from taking those chances.

GODZILLA: KING OF THE MONSTERS certainly has moments where they dip their toe into the fantastical, and I’m excited to think how this embrace of fantasy elements might extend into future American giant monster movies.

The cast is solid, with veterans such as Vera Farmiga, Charles Dance, and Ken Watanabe (returning from the 2014 movie), as well as relative newcomer and Stranger Things star Millie Bobby Brown. The human actors do their best with the material given them, including the main plot involving an eco-terrorist group’s plan to release all the titans monitored by Monarch.

The reality is that the humans are there to provide exposition.

They help push forward the reason to bring all these amazing monsters together on the screen. It’s not that any of the actors do a poor job or are uninteresting. They simply take a back seat to the spectacle of Godzilla battling Ghidorah.

I would be remiss if I didn’t mention Bear McCreary. He is best known for his scores for the television series Battlestar Galactica and The Walking Dead. But his work on GODZILLA: KING OF THE MONSTERS may be his best and most effective score yet. He utilizes the classic theme by Akira Ifukube, updating it with his own modern flourishes. There’s also a grat cover of the Blue Oyster Cult song “Godzilla” with System of a Down singer Serj Tankian.

The soundtrack is available on streaming platforms and as a vinyl release from Waxwork Records. I strongly encourage fans to give the score a listen.

Walking out of theater I was filled with joy at what I had just witnessed. 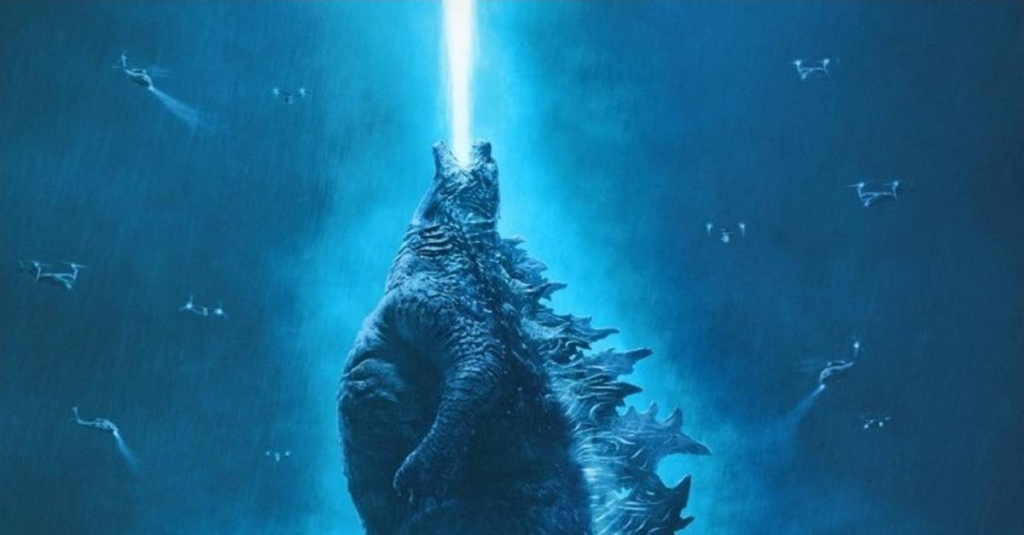 GODZILLA: KING OF THE MONSTERS is a fun and moving movie experience. The movie not only has rousing monster fights and military action scenes. But it has emotional arcs that pay off by highlighting the cost of a planet that is occupied by these giant, powerful creatures.

I’m in awe of what Michael Dougherty, the cast, and crew have created with GODZILLA: KING OF THE MONSTERS. And I can’t wait to see GODZILLA VS. KING KONG in 2020.