We interview Edith Match — a visionary filmmaker, creator, storyteller, and makeup artist with a love of history and the beautifully macabre.

Edith Match is the Creatrix. She has an amazing array of talents, which she uses to create some truly unique and compelling video shorts combining historical retelling and artistic flair. The shorts are all written, acted and directed solely by her. In addition, she conceives the costumes and makeup for her productions — and even includes tutorials to help others recreate her inspired looks. I’ve been a fan for quite some time, and it was an honor to be able talk with Edith about her inspirations, her love of the classics, and how she brings her own passionate vision and uncompromising style to each of her creations. 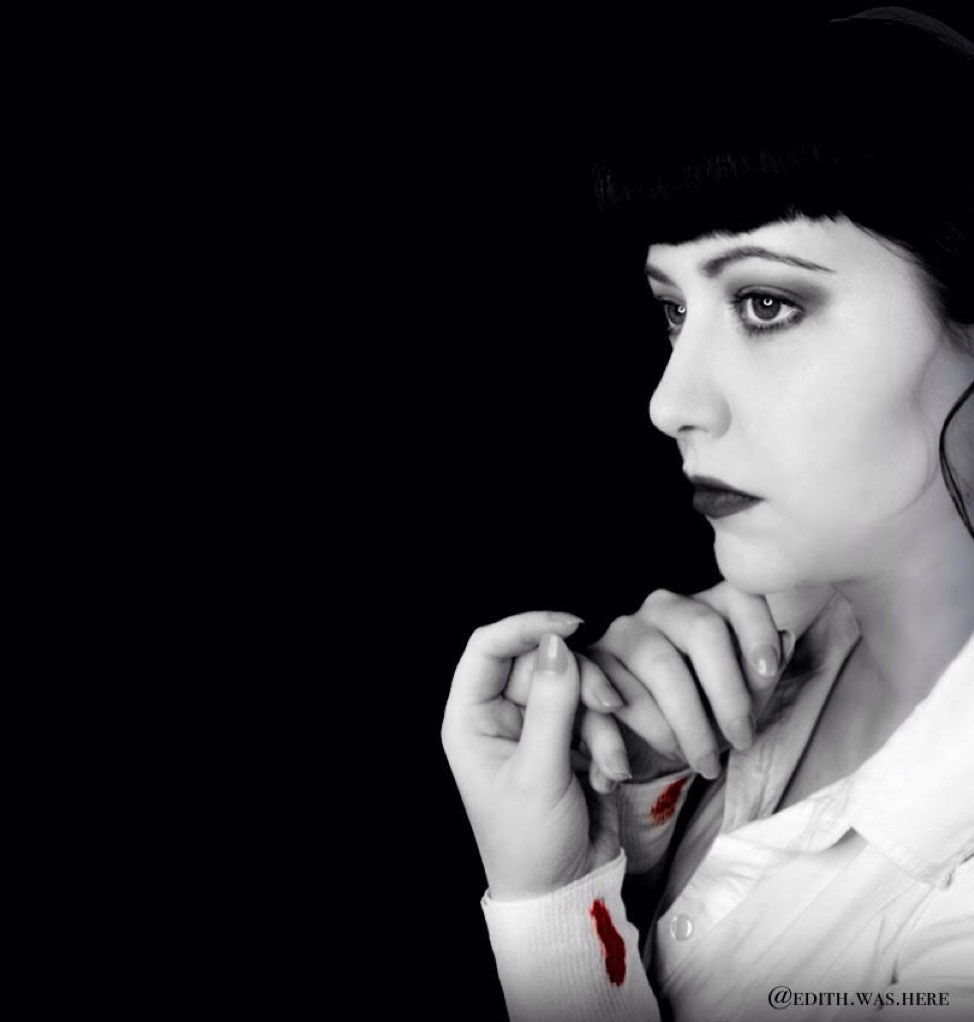 1. I first discovered you on Instagram, and then your “Edith Was Here” YouTube Channel, and I found myself hooked. How would you describe yourself as pertaining to your artistic creations and occupation?

Thank you for watching my short films! I use the term “Creatrix” for what I do. It’s an all-encompassing title, as I do a little of everything. A one-woman show.

2. Your videos are a tour de force; you write, direct and act, and create the music and do all your makeup and special effects, and you create all of your wardrobes in your videos (If I am ever married, you will design my dress). Where and how did you pick up these skills?

Over the years, I taught myself these things as I needed them for whatever project I was working on [at the time]. For me, the best way to learn is to just throw myself into it and keep going until it (!) works. I’ve been toying with filmmaking and sewing since I was young and began in theatre while still in my teens. My interest in special effects happened around age ten when I checked out Dick Smith’s Do-It-Yourself Monster Makeup Handbook from the library. I’ve been doing it myself ever since! Music is the newest, and I admit I’m a complete novice to composing. But I’m sneaking little bits in here and there. 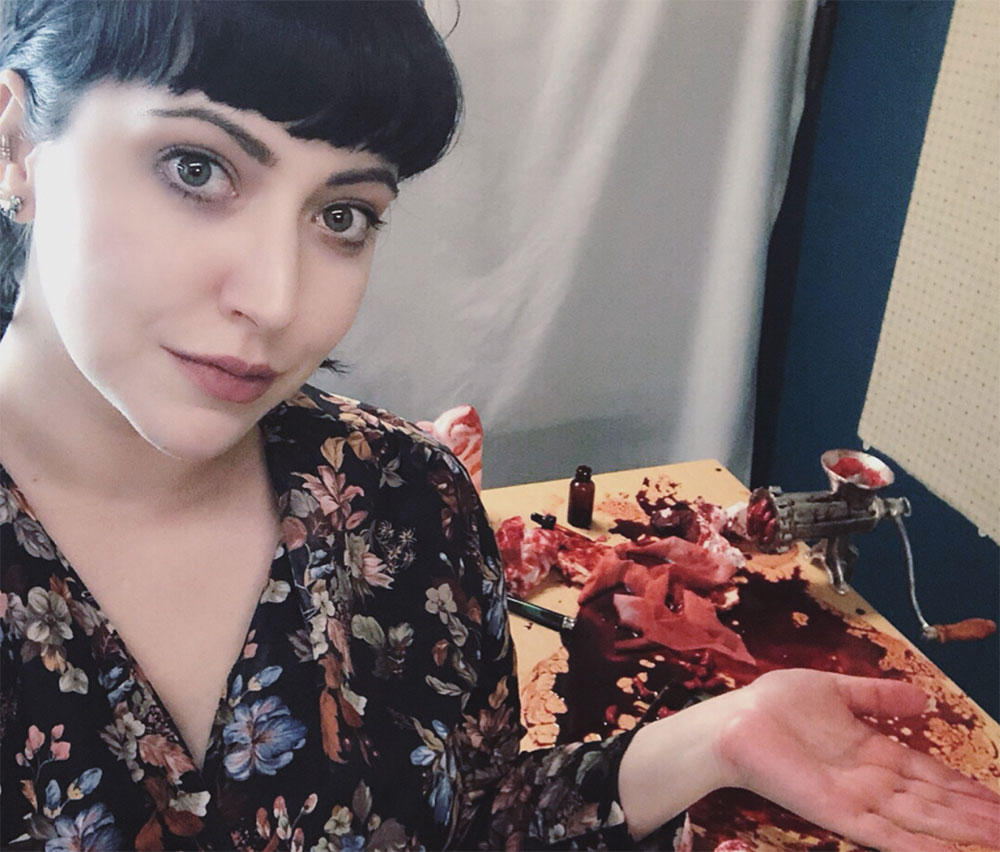 3. You present your videos/creations with a dark view of history, but with a Victorian, or an older time frame sensibility. It is also macabre. Where did your fascinations come to develop?

I credit Silent and Pre-Code era expressionism and also 50s Hammer for inspiring that sensibility. There’s an otherworldly quality to those films. One that’s their own universe. I also set characters in other time periods to avoid the banality of modern attitudes. Things are too clever for their own good and I base most on an emotional detachment, creating a false sense of superiority to the characters in the viewer. If you aren’t drawn in and find yourself attached to the characters, you’re only a casual spectator. If my films included the comforts of modern tech and culture…well, look at Oliver in Jacqueline Ess.

The story was set in the 1980s originally, and were I to put it in the modern day, he’d have texted her a hundred times, stalked her Instagram and maybe posted a few broken heart memes after she’d left him — and that would be that. To push the setting all the way back to the 1930s, he has even fewer avenues to contact her than the 1980s, and the world feels so much smaller. With the world smaller (and the economic and social fear of the decade), things mean more and you give more of yourself. Oliver can be realistically led by a passionate heart in the 1930s that 2019 doesn’t offer him. 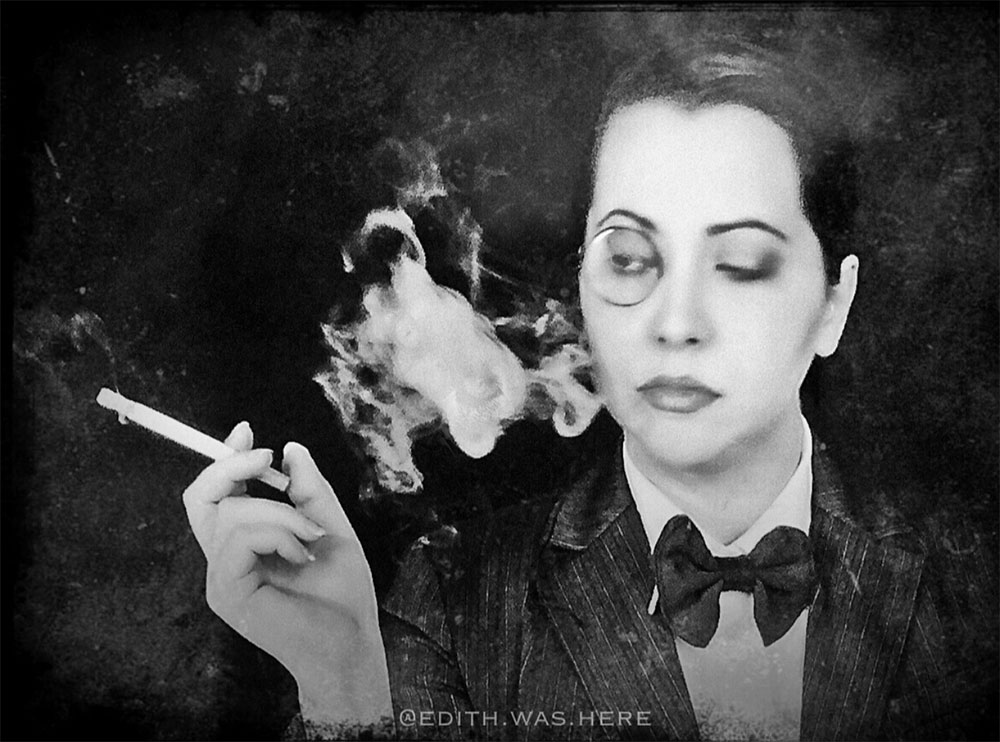 4. You love the oldies (Buster Keaton, Frederic March), but I know you love old horror films as well. What horror films stand out in your mind, and what type of horror genre are you partial to (slasher, psychological, monsters, ghosts)?

I always recommend 1931’s Dr. Jekyll and Mr. Hyde directed by Rouben Mamoulian. I’ve never seen a film so ingeniously put together and one that shows the progression of the characters after each transformation. The story doesn’t exist in a vacuum. Each time he transforms, Jekyll appears wearier and Hyde more grotesque. It was a logical choice for story progression, but it’s rarely handled in this clear way. It’s important to show that each decision and action has a lasting effect than one cannot undo.

I feel Dark Fantasy sums up my personal taste in horror. Films like Jekyll and Hyde and 1920’s The Cabinet of Dr. Caligari. Curse of Frankenstein from 1957 is more bloody than those two, but another favorite shifting between fantasy, science fiction, and horror. Body Horror is a genre I find fascinating as well and work within subtlety. Both the 1958 and 1986 versions of The Fly are wonderful examples of the real life and lasting ramifications of turning into a “monster.” 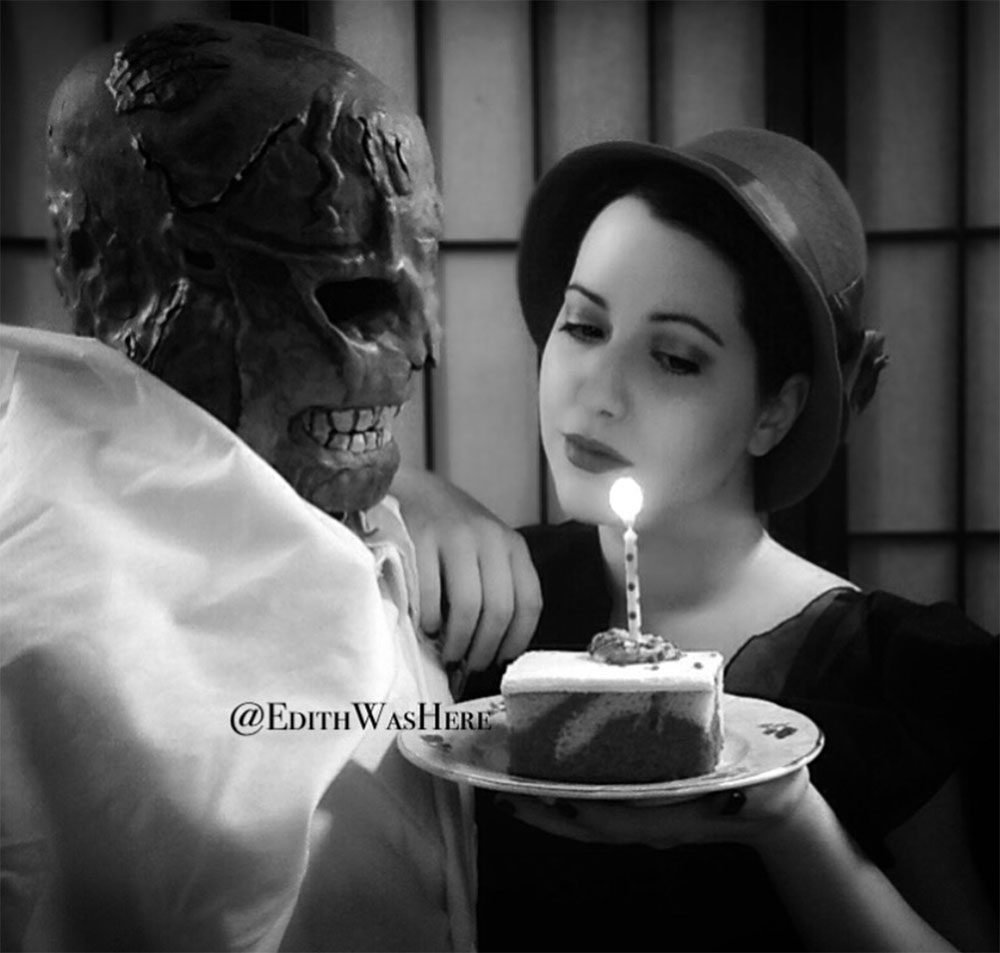 5. In your mind, what does horror represent to the fan? Is it our escape from the cruel realities of life, or is it the safe dance we do to imagine how we cope with horrifying situations? What do horror archetypes mean to you?

I suppose it depends on one’s particular taste in horror. Some prefer horror comedies — you can laugh at your fears while experiencing them. A thrill-seeking mentality. One I don’t exactly share, but respect. My favorite horror stories involve outsiders. Frankenstein’s Monster, Caligari’s Somnambulist, etc. It’s not that they don’t have dangerous aspects to them, but the world in which they exist doesn’t allow them much of a chance for anything else. 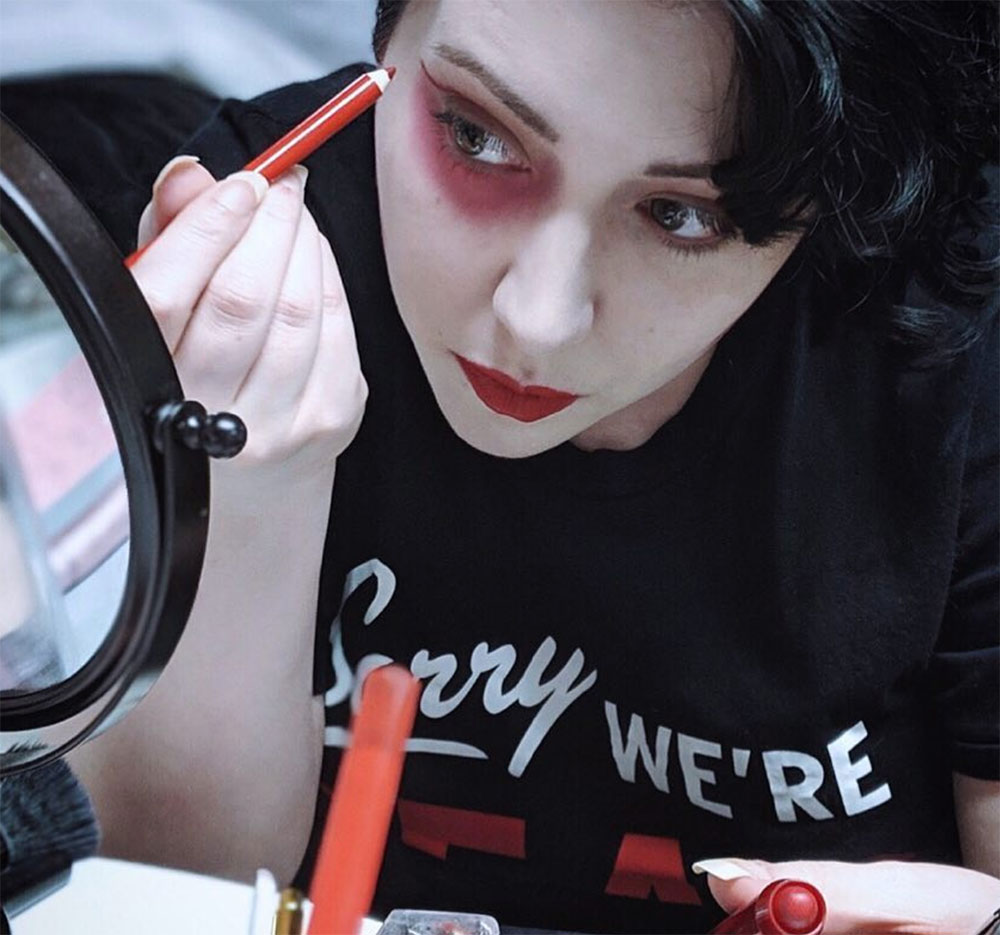 6. Now I know you know how to use a makeup brush (there is an understatement). What films stand in your mind as the pinnacle of makeup magic and perfection? What are your thoughts about CGI and digital processes in filmmaking, and do you feel an art form is fading?

I’ll mention 1931’s Jekyll & Hyde again for a perfect example of makeup transformation. Rick Baker for An American Werewolf in London. Rob Bottin for everything. I don’t feel that the art form in its most basic expression is fading away, in that I have seen modern filmmakers using practical effects as a draw to watch their films, but I do feel we’re losing characters to gore and wounds only. Though these creations are important, the work of pioneers like Lon Chaney, Jack Pierce, Dick Smith, and Millicent Patrick drew me in by their ability to create living (sometimes dead) breathing beings to connect with. Gunshot wounds and viscera are impressive creations, but without a person or reason, it doesn’t mean anything. As far as CGI, it works when it’s used to smooth out some practical effects, but solely CGI makeup doesn’t hold my interest.