Behind the Lens: Dayna Noffke

Women in Horror Spotlight on Dayna Noffke: Interviews With the New Wave of Influential Female Filmmakers You Need to Know Now

I have known Dayna Noffke for several years.  She is one of the hardest working female horror directors I know, putting out one short after another.  She is one to watch, trust me.

Recently, she gave me a sneak peek at her new short “Teaser,” and I was blown away.  It is very short, but it makes a huge impact. Dayna just started submitting the film to festivals, so it may be a while before audiences get to see it, but be on the lookout for it. 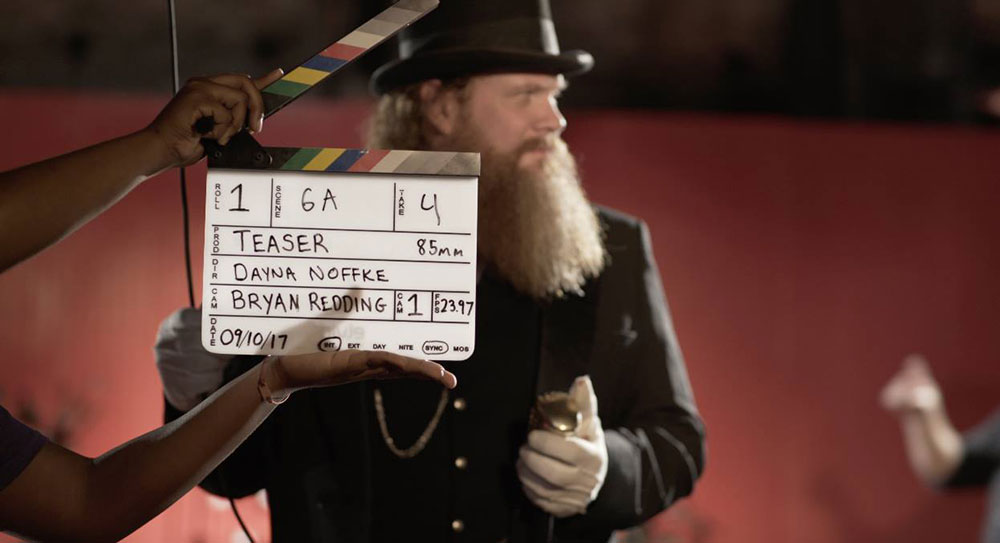 In honor of the Women in Horror Month, I had to talk to Dayna Noffke about “Teaser” and her impressive body of work. 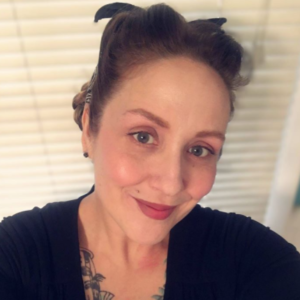 Lou Simon: Thanks so much for giving me a sneak peek at your new short “Teaser.”  It was absolutely breathtaking and so clever!  Tell us what it is about and what you were trying to accomplish with it.

Dayna Noffke: Teaser is quite different from anything I’ve done before, both aesthetically and in terms of what my goals were in making it. I’d had this idea of doing something with an intersection of burlesque and horror for quite some time but no framework for it.

Teaser is a lovely little slice of period horror. Deep beneath the city lies a burlesque club that caters to a very select audience, who pay dearly to see Ms. Monster’s dance. It may or may not be the last thing they see. 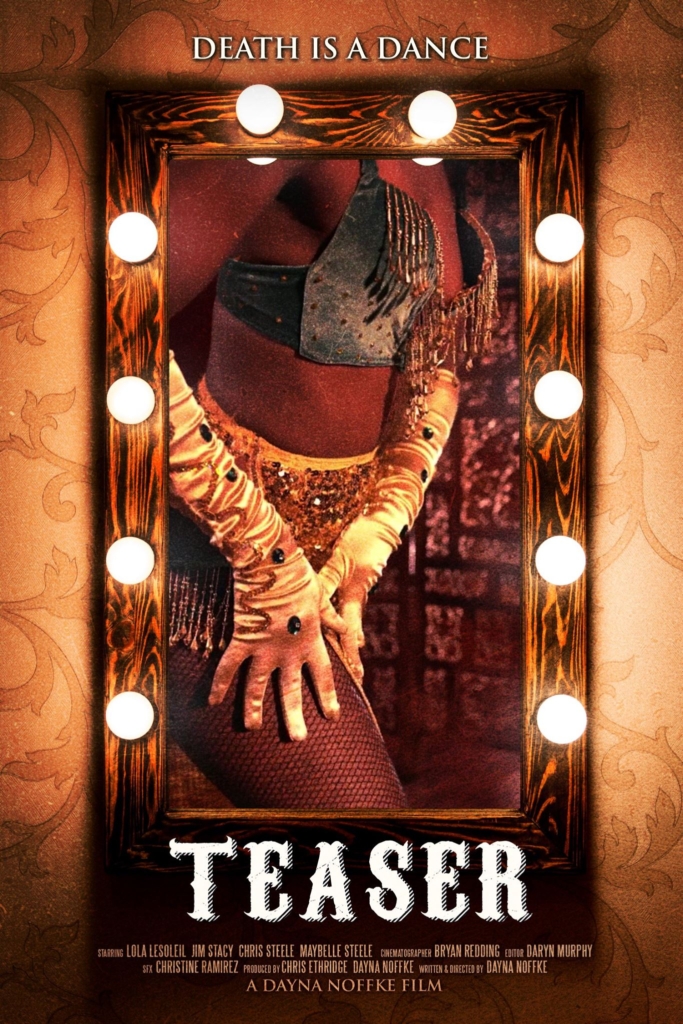 After making so many short films, I decided last year that it was time to commit to directing. My husband said, “If you want to be a director, then be a director.” So I cut way back on taking “day jobs” working as a TV/film set dec buyer.

I set directing goals for myself and the first one was to create a very unique, short, high-impact short film that I would be proud to have as my calling card. Something that was very weird and very… me. So… retro, lush, weird, loud, bloody! All the things!

I worked backwards from what and who I am inspired by in my daily life. I have amazing, creative friends. I immediately thought of our burlesque dancer, Lola, who is a superstar through and through. As the story grew around her, I realized that I could pull in my dear friends and sideshow performers, Captain and Maybelle and true renaissance man Jim Stacy as our emcee.

I had the most amazing crew – we had a wonderful time with this film. 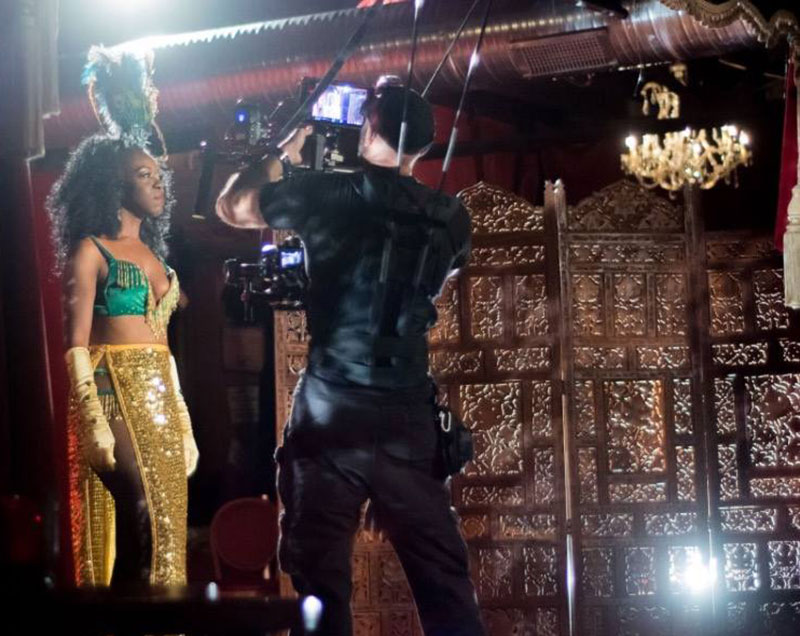 LS: You have an impressive collection of shorts. Is it ten total?  Is there something that they have in common?  What inspired them?

DN: I made my first film in 2008 with the help of Andrew Shearer of Gonzoriffic. It was really on a whim. I thought… I will make one film and be so thrilled to have checked that off my bucket list. It was a great little low key fifties style safety film about keeping safe from communist zombies, called “Safety FIRST.” But once I directed, that was it. I wanted to be on set as often as I could.

For my next few films after that, it was just about running around with friends and doing something creative but before long I realized that I wanted to make this a lifelong thing and perhaps even a career. I’ve learned something from every film I’ve made and they all have a special place in my heart. I love that I spent so long showing off my friends in those first “little films”  because they are all superstars. 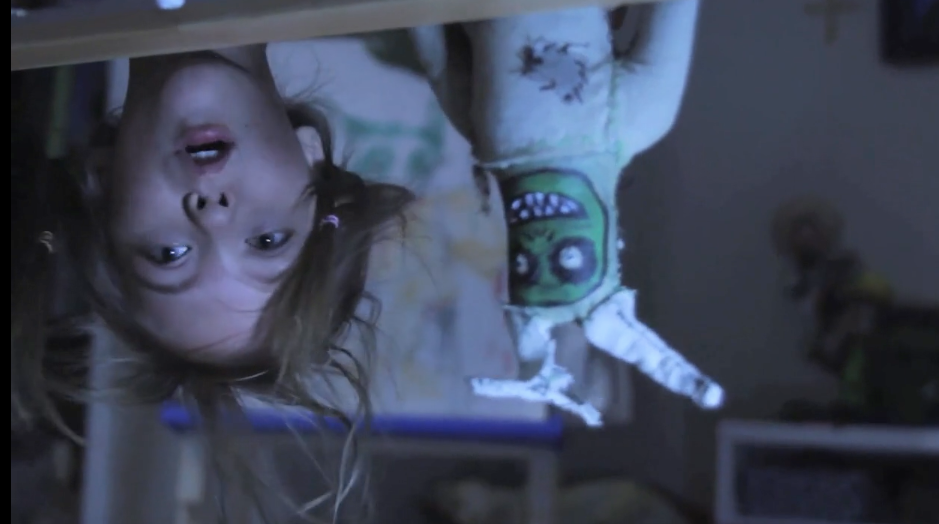 “Under the Bed” by Dayna Noffke

My films are, in order:

Interestingly, there isn’t a lot of aesthetic through-line in my films. I’m attracted to so many different styles of film that I think of each project as its own world and make stylistic choices that fit into it.

There is, however, a thematic cohesiveness in that my films tend to be about relationships – friendships, family dynamics, love, hate – it’s all there. Characters often pop into my mind before the story rather than the other way around. I love to make films that mix the absurd and the beautiful with the horrific. It’s just like life, really.

LS: At what age were you first drawn to horror and was there something specific you watched or read that inspired it?

DN: I was exposed to horror the good old fashioned way – by staying up late on our own (my brother Ryan and I) and watching movies on HBO. The first horror film I remember seeing was Silent Scream and, although it isn’t one of my favorites, something about it definitely stuck with me.

I can distinctly remember watching the trailer for the film Magic with Anthony Hopkins when I was maybe 7 or 8. I was allowed to stay up late to watch Saturday Night Live, which was a super big deal for me. That ad would come on with the ventriloquist dummy saying, “IT’S MAAAAAAGIC.” I would scream and run and jump behind the big console TV and then peek my head around to see it again. I just couldn’t turn away.