Behind the Lens: Maria Lee Metheringham

Filmmaker Maria Lee Metheringham talks about her love of horror and her career as an actress that led to her film “Pumpkins”, a 1980’s slasher throwback.

One look at Maria Lee Metheringham’s IMDb page will tell you a lot about the work ethic and drive of this rising filmmaker. Actress, producer, writer, director, editor, and more, Metheringham is a renaissance woman, a jack of all trades in film. Her curiosity and observations on film sets as an actress gave her the tools necessary to create films of her own, and watching horror films as a kid is what gave Metheringham her education.

Metheringham’s potential as a director and writer in the horror genre is on full display in her new movie Pumpkins, appropriately released in October. A fun slasher throwback to the films of the 1980’s, Pumpkins features a cool killer horror fans can get behind in The Pumpkin Man and an exciting new talent in the genre they can support in Metheringham. Check out Pumpkins on VOD platforms and read on to get to know Maria Lee Metheringham. 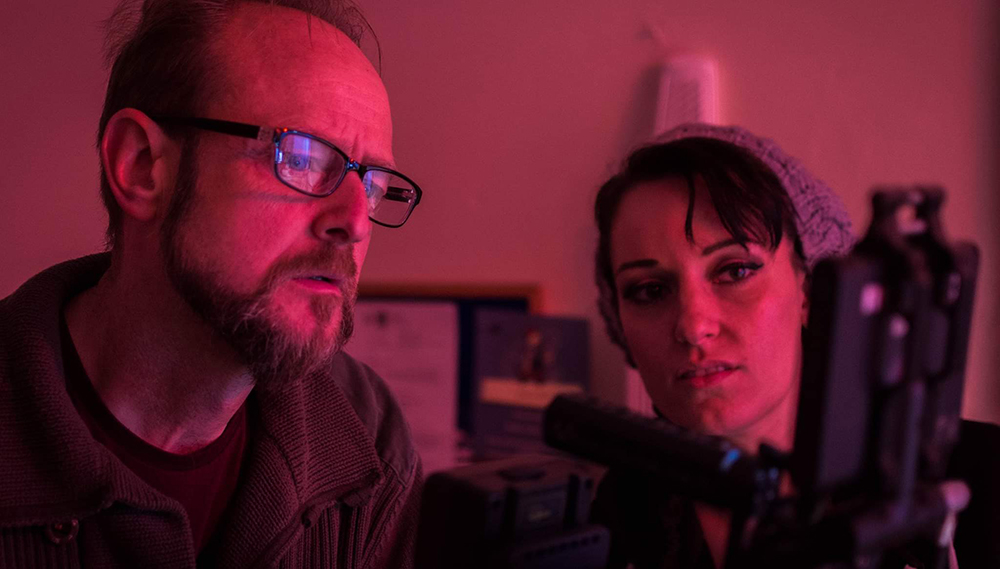 1. You’re involved in several aspects of filmmaking, both in front of and behind the camera. When did you first realize you wanted to tell stories through film? And what were the first steps you took to get into the industry, where did you begin?

I never thought I would end up being a filmmaker until I just fell into it through working on sets as an actress and getting stuck in on the crew/organization side of things. I loved seeing how everything worked behind the scenes and how stories were created from paper into visuals.

I was working with students at first and started to get ideas based on music that would put visuals into my head. Most of the time that’s how I imagine a story. I hear a piece of music, and it just starts playing out in my mind. Then every thing else starts to develop around that. 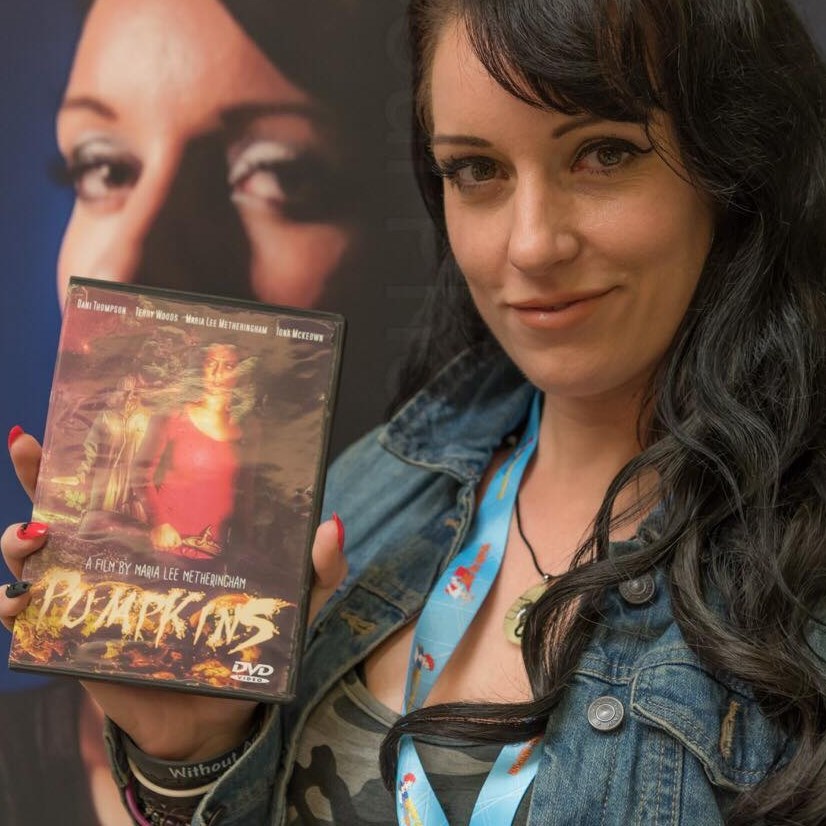 2. Your new movie Pumpkins features a pretty cool killer. Where did you come up with the idea for Pumpkin Man and his origin?

Pumpkin Man came from a piece of artwork drawn by a friend of Will Metheringham, Tom Jordan who he was at college with at the age of 16. Will came up with the killer character while sitting at the back of the classroom, and Tom drew it. It was hidden away in a folder we found.

We actually started writing another 1980’s style film script and needed the characters to be watching a horror movie from a video rental store. So we wrote a short film called “The Pumpkin Man” which you would see inside this other film. I got really into writing the short, got carried away and turned it into a feature. The other script was going to cost too much money so we rolled with Pumpkins instead. 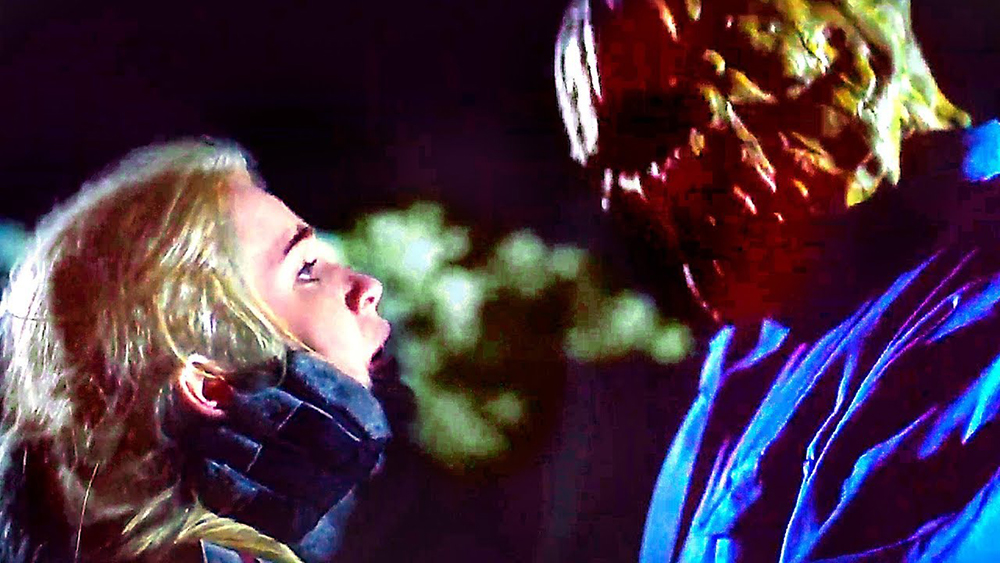 3. Pumpkins has a strong, classic slasher look and feel to it with a number of fun horror references. Can you discuss what films influenced the making of Pumpkins and you as a horror fan in general?

I have always loved horror movies, even before I was even allowed to watch them. As a child, I was obsessed with TV shows like Goosebumps and Are You Afraid of the Dark? Then I moved up to watching films like The Exorcist, A Nightmare on Elm Street, Gremlins, and more. So as you can see I’ve always liked light-hearted, comical horror which is so far from being realistic.

Pumpkins was influenced by films like Friday the 13th, An American Werewolf in London, and Halloween. We were never attempting to do something new. We just love slasher horror films and wanted to have the opportunity to make our own version of one, purely out of enjoyment. We had such a great time filming it! 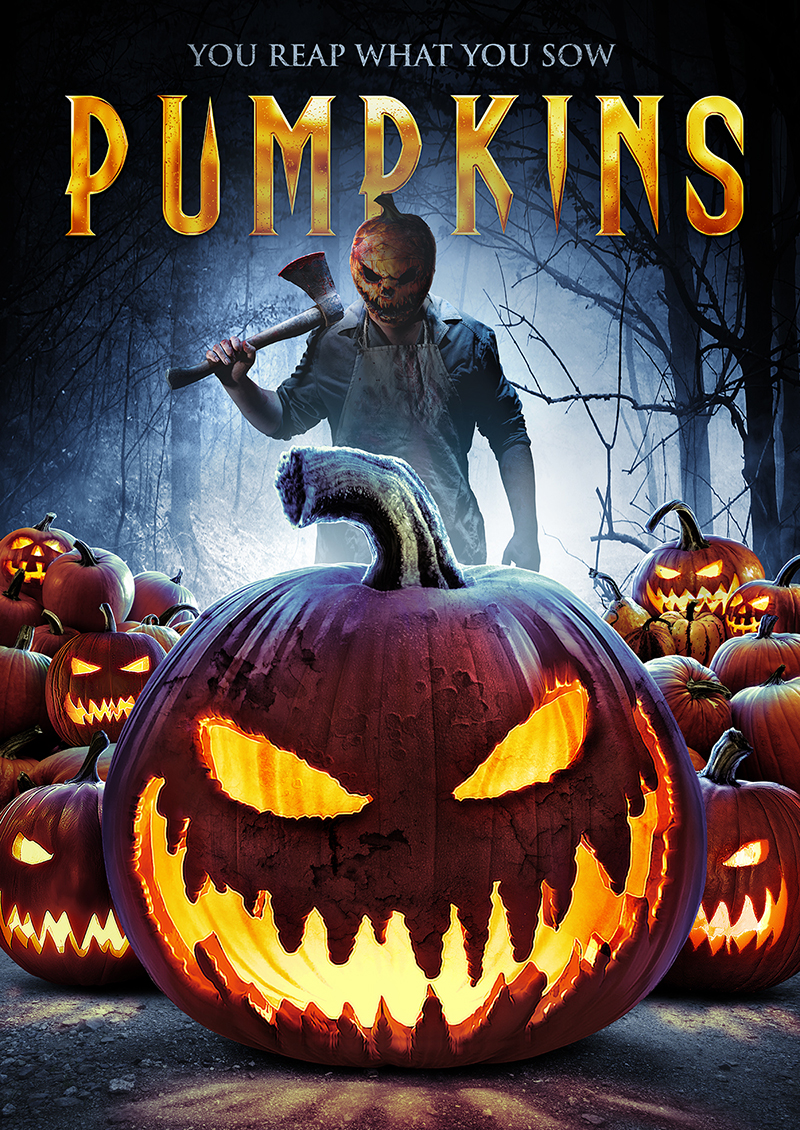 These films were very experimental and at the early stages of filmmaking when we were really just trying things out. The Photographer: Inside the Mind of a Psycho was the first film we ever made, and it was never intended to be a feature. The script was written as a short for a local film festival based on an experience I had as a model. We took the situation and blew it up to be even more messed up and surreal. It was very much influenced by David Lynch films, which I am also a big fan of. It was about going into the surreal world that you don’t see or the dream world that you don’t understand and everything seems strange and uncomfortable.

Something that was very cool when we decided to make The Photographer 2: Inside the Dark Room 5 years later, we returned to the locations from the first film, many of which had disappeared due to coastal erosion. They don’t exist anymore! Makes it more surreal the fact the land has just fallen into the sea. 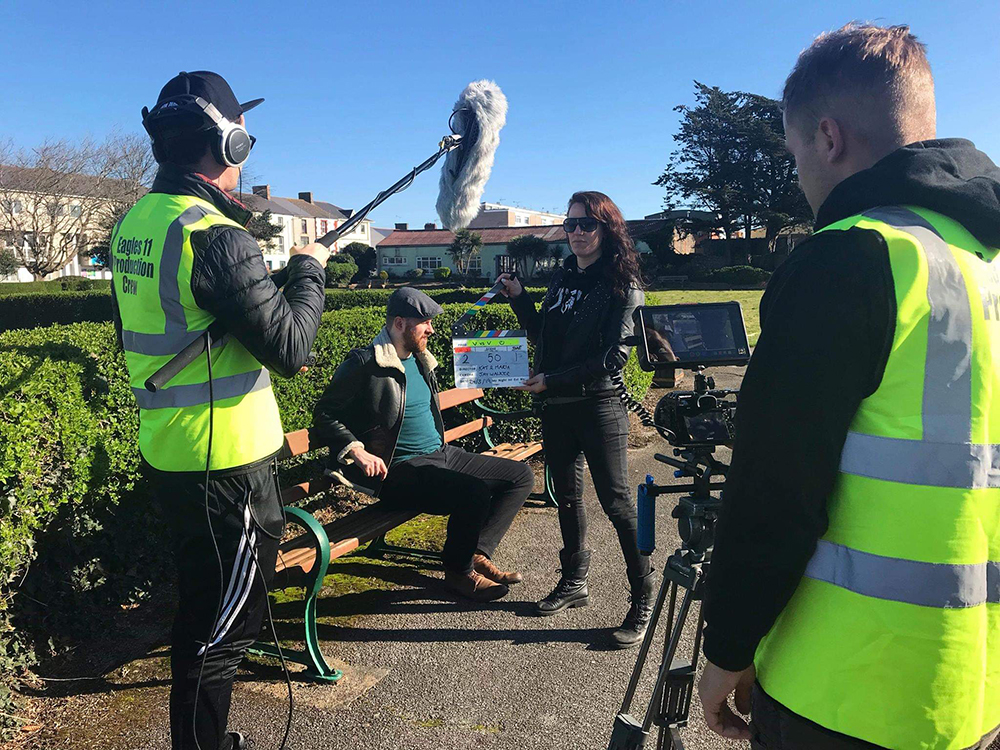 5. It’s been said that making a film is akin to a minor miracle. What difficulties have you encountered as a filmmaker? How did you overcome those difficulties and what lessons have you learned in your film career so far?

There are so many difficulties with making a film, but also it’s easy to create those problems for yourself. I think the key is great organization and knowing your limits. There were so many things I wanted to do in Pumpkins that we had to take out because we just didn’t have the money, manpower or the resources to do them. So making it an atmospheric slasher horror meant we could make the film within our restraints. I had no one on special effects. I had to do it all myself, which meant figuring out and learning really quickly how to achieve basic things.

We shot most things at night time too, rather than relying on post production. It’s hard work trying to find your equipment and paperwork when every thing is dark, cold and wet. Working with people who have a positive outlook and good vibes is another important thing to have and makes a hell of a difference! 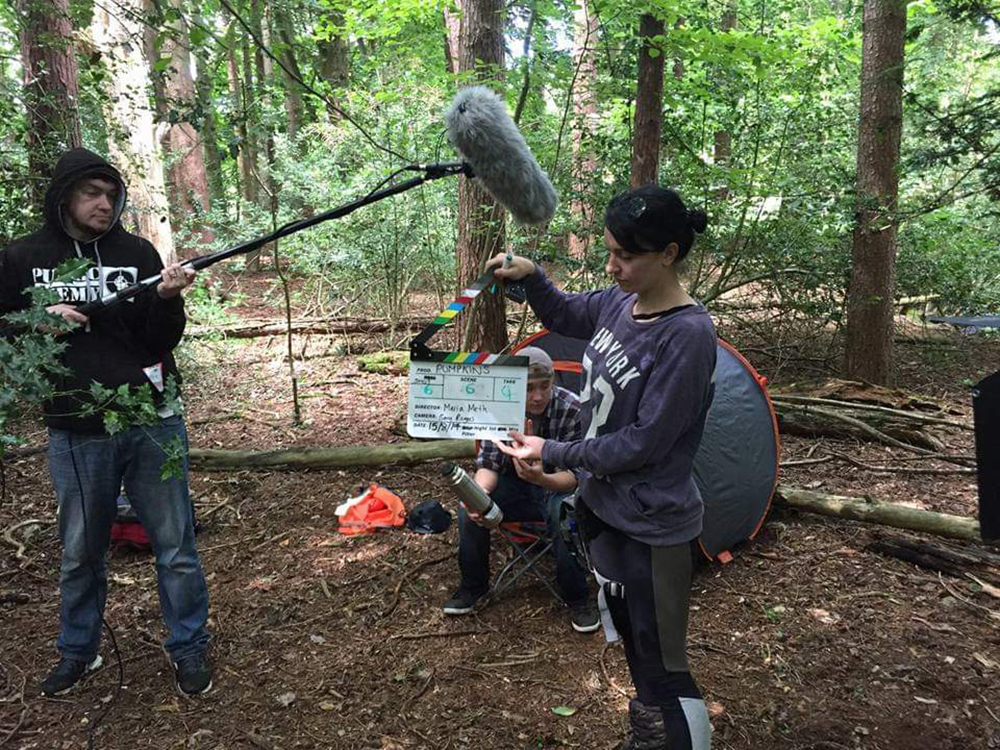 6. As you direct more of your own scripts, do you find this has changed the way you write them? In other words, are you more aware of what is possible, or not possible, during actual filming that you find yourself writing scenes or scenarios differently?

Oh yes, very much so! I write the scripts with Will Metheringham and have also been writing scripts with Kat Clatworthy, who I work with in Wales. They both tend to put very elaborate and complicated scenes in there. And I sit there like, “How are we going to do that with no money? How can we get hold of a location like that? You want him to throw a giant jelly baby across a field and kill someone?”

I sometimes sound like a pooper but try to work the scripts so they fit in with the resources we have, or suggest alternate options which I think are possible to achieve. Maybe one day I’ll get the kind of budget where I can just run wild.