We interview John Charles Gerald about his directorial debut, “Johnny”, a twisted tale about an abuse survivor, trauma, and a talking puppet.

I love talking with new directors because their enthusiasm is unmatched especially first-time filmmakers. Their passion is inspiring, and it makes me appreciate their work even more. To celebrate the release of his first feature film, a thriller titled Johnny, I chatted with John Charles Gerald about starring in his own movie, what made him want to be a filmmaker, and what’s up next. 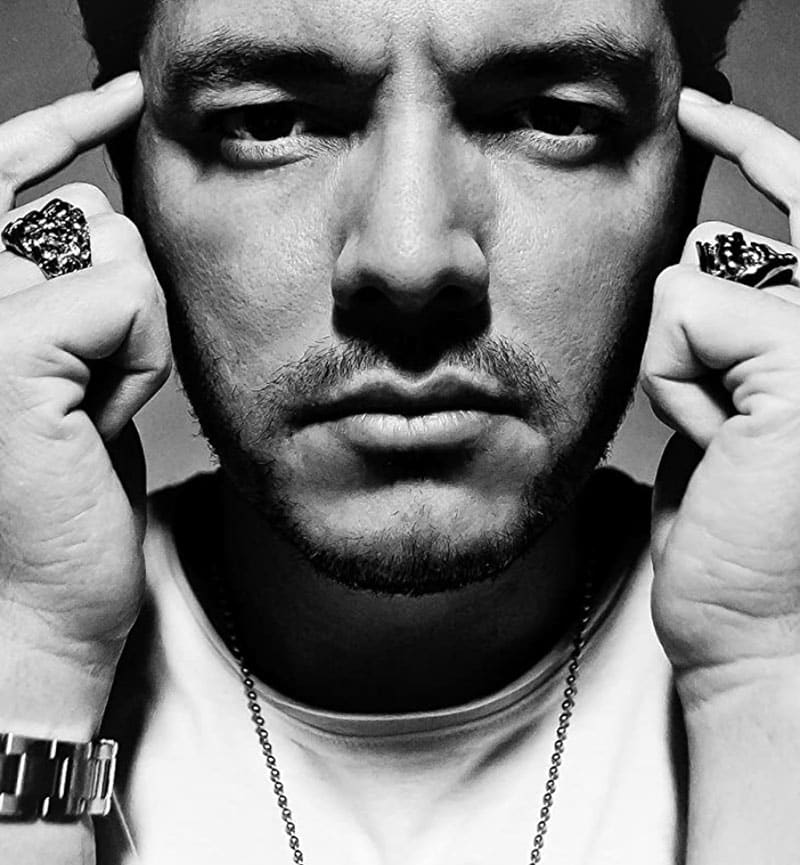 John Charles Gerald: My film is inspired by true events that I lived in my childhood. Yes, it actually happened to me in real life! I had to write a story; so, at first, I went a different route with the script where Floyd was someone else, but slowly morphed into me. I’m not a schizo demented freak, I’m not Floyd. Well, I am and I’m not. I am Floyd minus the fictional enhancements applied to the character to make it more dramatic.

Watching my son sleep with that innocence of an angel, is what really did the story shift from fully fictional to being based on true events. I was thinking to myself “How can someone possibly abandon their own child? Parental Abandonment is the main gateway to abusive predators.” After that, the story clearly spoke to me, so to speak, and confirmed I was the one to make this film.

Morbidly Beautiful: You wrote, directed, starred in, produced, and was DP on Johnny. Had you written the part with yourself in mind for the role? What are the challenges of wearing so many hats on the production?

John Charles Gerald: At first, I did not write the role for myself, even though I’ve always liked acting and was in acting classes throughout my high school years. I dreamt of being on the big screen one day, interpreting a character. I did not really have that in mind for this film at first. I was experimenting with a much simpler drunk socially rejected character who would then encounter an obstacle that he had to overcome with some sort of ticking clock, but that all changed after the birth of my son.

The challenges of wearing so many hats in a film can be a good or a bad thing depending on the director. For a director like me who breathes total creative control, it was perfect in the artistic aspect. On the negative side of multiple hats, the logistic aspect is a nightmare and even worse, finding a reliable cast and crew. If done smart, the production process doesn’t have to be a financial burden. It was not in my case.

I think my kryptonite was truly the logistic aspect about halfway into the film when I lost most of my crew members who got frustrated and others got creeped out by the developing story. Location is as important as a character because the location is a character itself, so finding the right ecosystem that fits the story was perhaps the biggest challenge without a dedicated individual who specializes in location only.

Morbidly Beautiful: Since you had so many roles in the making of your film, how did you prepare for shooting?

John Charles Gerald: This is an interesting question that I cannot answer too clearly because, honestly, I don’t know how the heck I did all that by myself. I guess you go into full-time survival mode when embarking on something as huge as a film. I spent several days preparing everything for everybody and myself and making sure everything was checked in my extremely long bullet list of tasks. From detailed storyboards, everyone’s dialogue, shot lists, and call sheets to equipment choice for each scene, etc.

I am not kidding when I tell you this, but I may very well be one of the most organized individuals to have ever walked the face of the earth, and that right there to me, is the key to success in anything you do in life. If there is no extreme discipline and almost sickening organization to the point of color coding and even aligning things with the horizon, the chances for success are minimal — especially when directing a feature film. 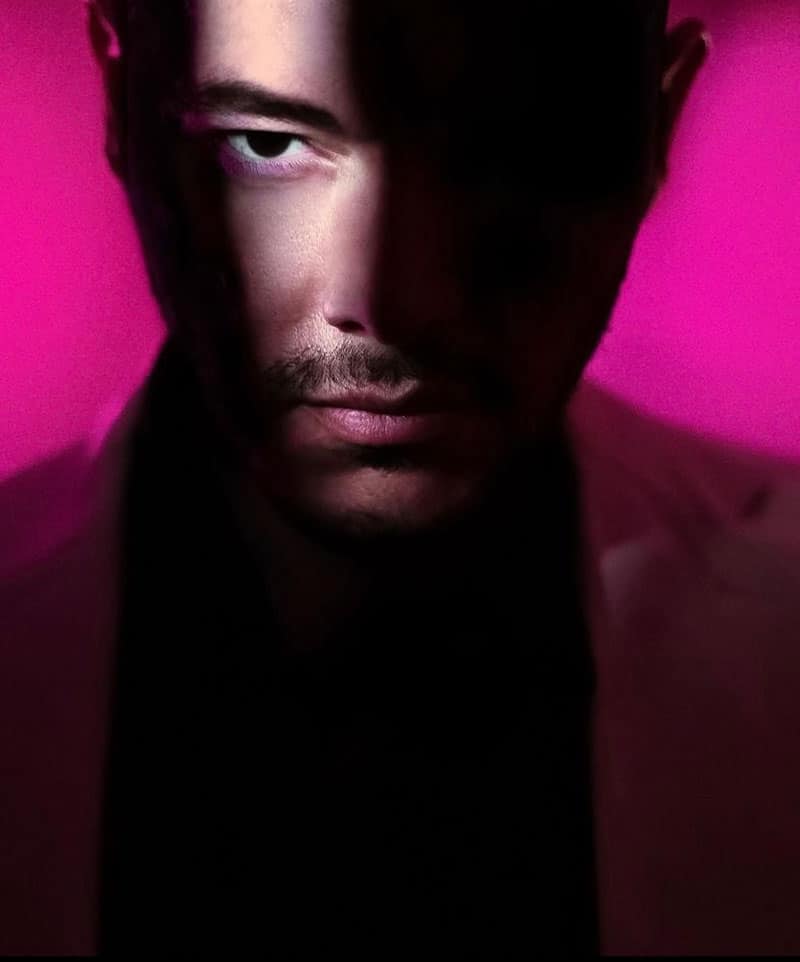 Morbidly Beautiful: What draws you to horror?

John Charles Gerald: There are a few things that draw me to Horror but to simplify the answer a bit, it all comes down to the thrill of the genre and the emotions that are experienced in a horror film versus any other genre.

Look, I’m not going to lie; Johnny is not technically a full-blown horror film. However, the interesting thing about Johnny, is that it’s so psychologically dark and demented, that it can easily cross into the horror cornfield so to speak.

I actually did not literally write a horror script but everyone is horrified by my film and not in a scary way, but in a disturbing way, which is lovely. When I saw a few scare-jumps while doing my initial private screenings, and when some people told me they had nightmares with my film, I realized JOHNNY could easily crossover to the dark side.

It has a sufficient amount of soaking blood, brutal knife stabbing, creepiness, and an extremely disturbing subject for it to be a hybrid or multiple-genre film — any genre that fits into darkness. So, did I make a horror film? Not really, but does it creep and disturb the crap out of people? You bet it does! Can it be interpreted as a horror film? Absolutely!

John Charles Gerald: I was born to be a filmmaker; I just didn’t know it until the timing was right for me to be ready. I started gravitating towards acting when I was five years old but then switched lanes towards music for a while and got so deeply involved that I even earned an audio engineering degree from one of the best Universities in the world for audio and film. Then when the timing was right, I switched lanes back to Cinema but this time as a Filmmaker.

It was the perfect timing because I had all that audio engineering experience and knowledge under my belt which is one of my biggest strengths in filmmaking. I just can’t live without film. I have a disciplined ritual of watching two films per day projected in a gigantic wall in my movie projector at home.

As far as actors, I have an extensive list of favorites as well, so that depends on the role within the story, but if I had to answer this question with a gun pointed at me, I would say that I really like that strange thing that happens when a comedic actor turns to the dark side. You can see that in actors such as Adam Sandler in Punch Drunk Love and Uncut Gems or Jim Carrey in The Number 23, I love you Phillip Morris, and The Truman Show — or Robin Williams in One Hour Photo. 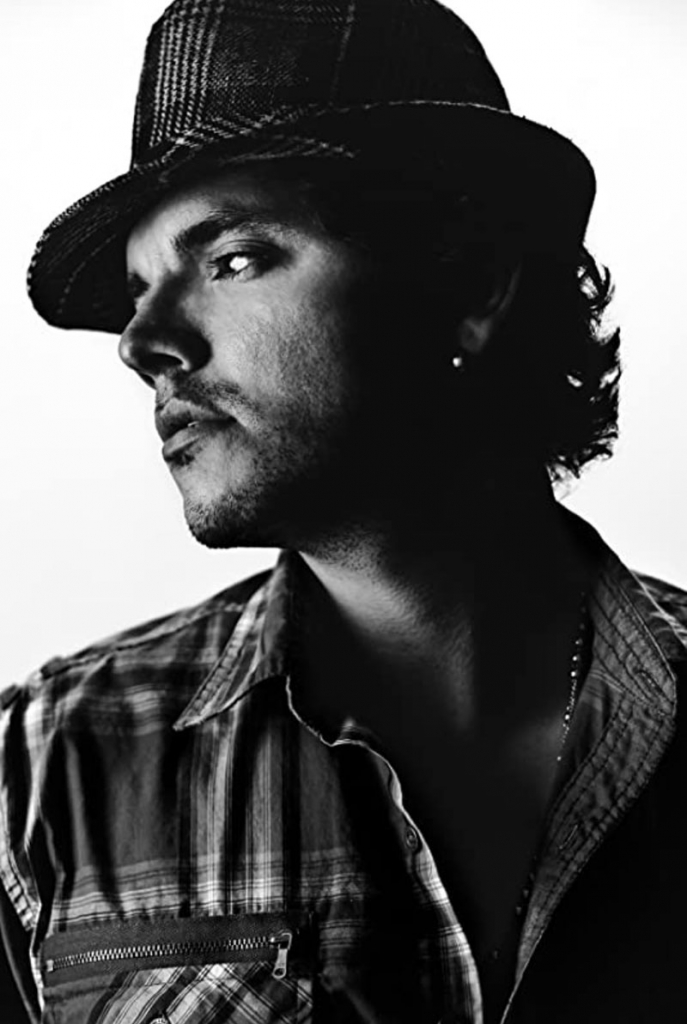 John Charles Gerald: I want to keep making films until I die. In fact, if I could continue making films in heaven, I totally would. I want to explore a dark spiritual sector in filmmaking where nobody’s going. What happens when someone dies, and the transition between physical matter and spirit or demons and angels and the supernatural entities unseen by the naked eye? A homeless man gets shot or hit by a bus and dies immediately. What happens next?

The first film I ever saw when I was a kid was Ghost with Patrick Swayze and Demi Moore. I actually saw this in a movie theater. They snuck me in there even though I was under the age for the rating, and let me tell you, that film struck me. I always imagined either being in a film like that or making one. I would like to do something like that but with more attention to detail in the spiritual spectrum; showing the actual hell and heaven and more demons and angels with lots of subtext.

John Charles Gerald: The Exorcism of Emily Rose. I could not sleep for weeks when I watched this film in the theater and even to this day, nothing gets remotely close to that horrifying film.

Thank you so much to John for taking the time to speak with us. Be sure to catch Johnny, available On Demand, now.

Additional Information
John Charles Gerald and the rest of the talent of Johnny are available for article interviews, media appearances, and podcast interviews. Please contact Sharry Flaherty at SameraEntertainment@gmail.com by email or by phone at 702.756.3527. | Attention Filmmakers seeking distribution: Submit your project information, including synopsis, trailer and any artwork available to MidnightReleasingFilms@gmail.com.