To celebrate the release of “Harvey”, I chatted with filmmaker and actor Johnny Alonso about what inspired the film and why he loves horror.

Prolific character actor Johnny Alonso expands his resume with producing, co-writing, and directing while also starring in Harvey, a crime thriller where “Small town life is about to become a lot more interesting when one man realizes he may be a killer.”

Morbidly Beautiful: What intrigued you about Harvey and made you want to be a part of it?

Johnny Alonso: Everything. As an actor, I’ve always been a fan of stories and scripts that force you into thinking one way, then make you turn your head in the total opposite direction. Harvey is one of those stories.

There are many reasons why I wanted to be involved in the Harvey production. The script had a small cast, and the story was quick and loaded with twists and turns. When you have a small supporting and lead cast, it’s up to those characters to drive the story home. This also gives each character more screen time with an arc and becomes more of a centered, meaningful character and not just some throwaway role. Everyone in the cast — the leads, supporting, day players — really have what I call “deep screentime meaning.” Each played a significant role in the feature. 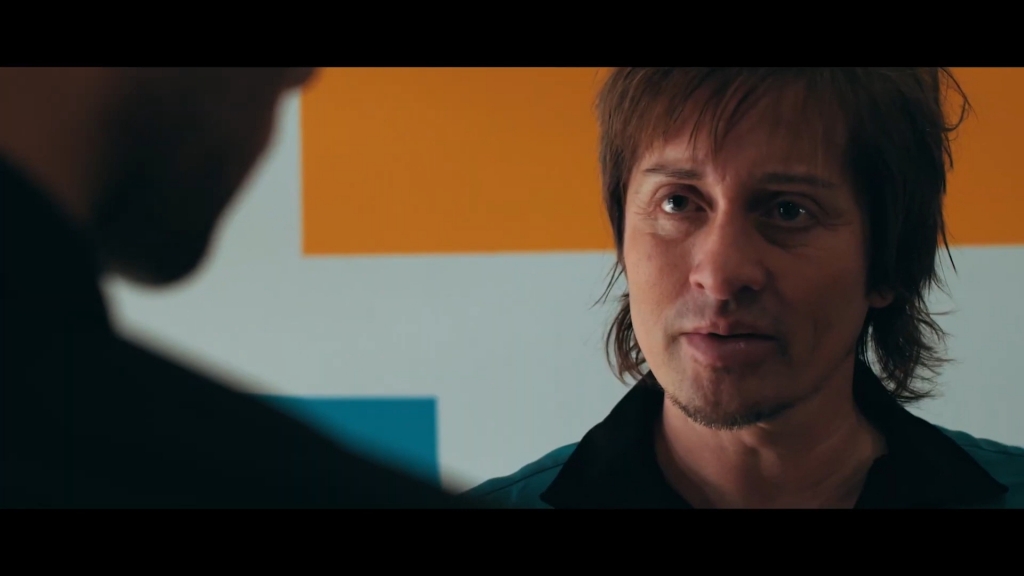 Morbidly Beautiful: You not only directed Harvey but you starred in it as well. How did you prepare for shooting?

Johnny Alonso: I actually co-directed the film with the creator, Ranelle Golden. Ranelle and her son, Shawn Golden, wrote the script, and Ranelle wrote the character, Keith, with me in mind. So getting into this character was like hand in glove. Ranelle and I have shot two other projects prior to Harvey so she knew what I was able to bring to the plate along with the element of surprise with my acting choices. But she also knows how to get me to press the character and test my acting skills and abilities.

She’s a good director. She let me go where I thought Keith should go, but if I was sailing in the wrong direction she had no problems reeling me back in. It’s not easy acting, directing, and trying to remember where your character is mentally in the script, so it’s good having someone you trust. For me, Ranelle was that person on set.

Now, remember, I also had the script a lot longer than any of the other actors so I definitely had a head start with building my character Keith and preparing mentally. But here’s a note. When it came to the actual first day of co-directing a few select scenes and acting for the camera… dude, this first day was a total nightmare for me! So after that hellish first day, I told everyone when I’m on set as an actor, leave me to my craft and just let me act; Ranelle is in charge. She’s the director and she knows what we need. I’ll produce and co-direct and raise hell when I’m not on screen.

Once we established this, everything went as smoothly as it could go. Remember, this is filmmaking at its finest. 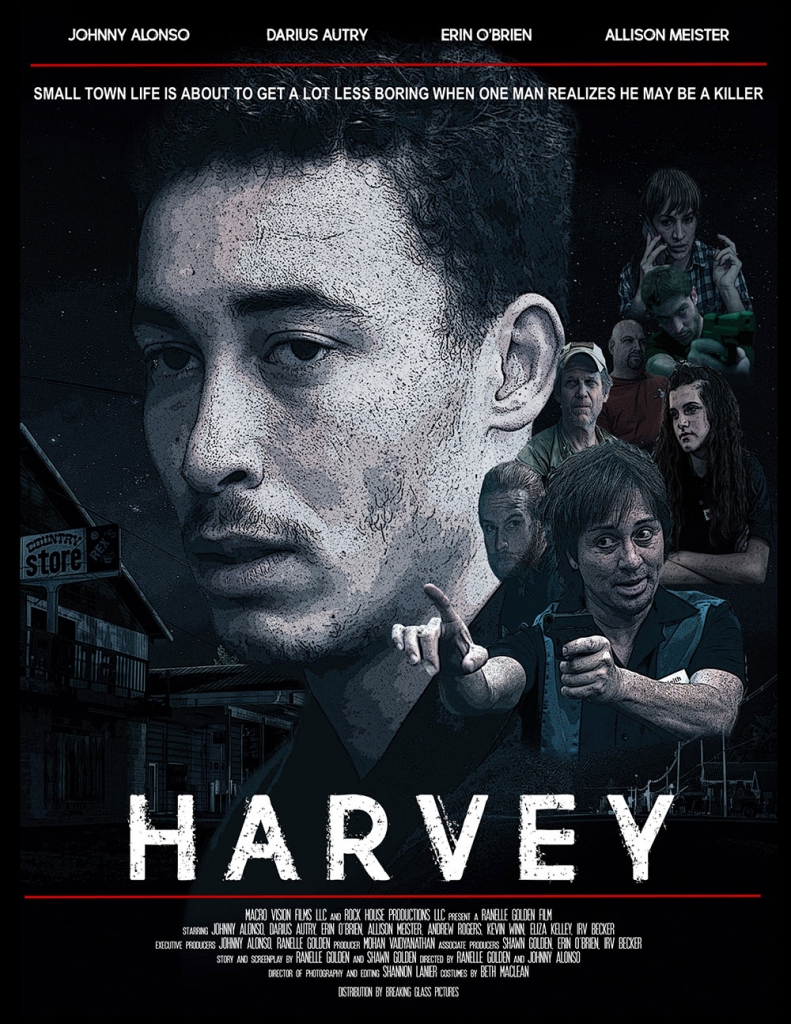 Johnny Alonso: I have always been a horror fan. Some of my earliest film and television credits were in the horror or psychological thriller genre. I’ve just always been drawn to playing dark, horror-type characters or playing the one getting into trouble in a horror film. My agent likes me booking these types of characters because there’s an intensity that you need to maintain in high doses in these types of films, and I’m comfortable here, which allows me to really find my character.

Don’t get me wrong. An actor’s job is to act, and I love all my characters and, for the most part, how they’ve turned out on screen. But in horror and psychological thrillers, I’m always pretty satisfied.

Morbidly Beautiful: What would be your weapon of choice in a zombie apocalypse and why?

Johnny Alonso: Good question. I’m going to have to go with Harry Potter’s invisibility cloak. I’ve always wanted to have the option to become invisible and that really applies to just going out to a bar or a night on the town. If a zombie apocalypse ever came about, I’d love to drape the cloak over me and mess with the zombies, calling them to look my way or move things in a room, making them think they’re losing their minds or that the place is haunted. That would be fun on any level but especially against zombies. So rad. Now, how fun would that be? 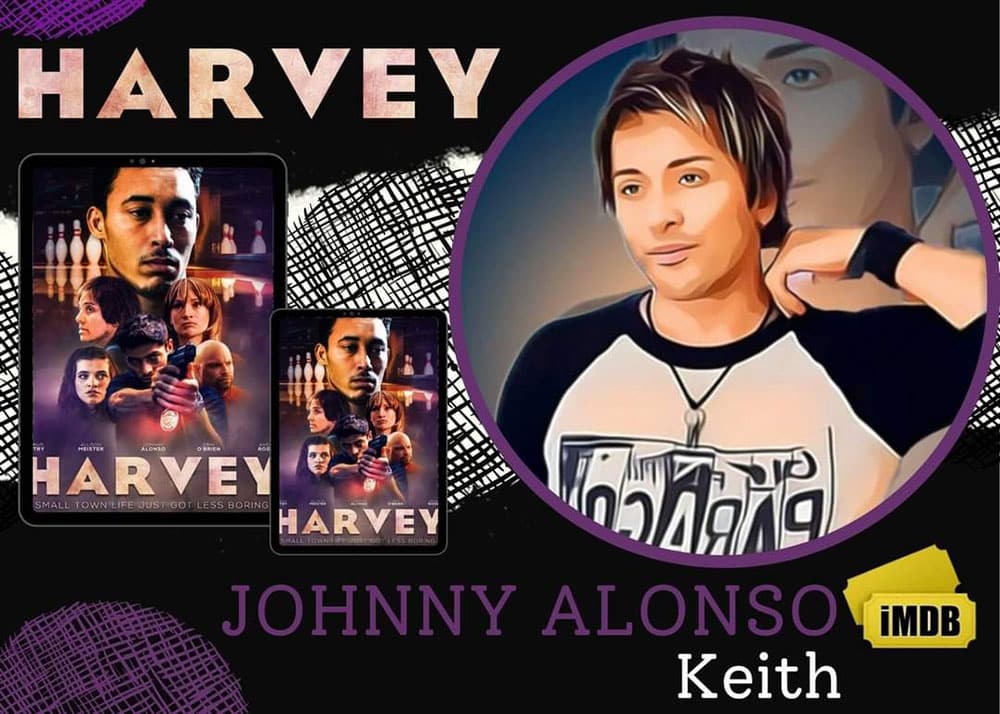 Morbidly Beautiful: I would love an invisibility cloak. What’s up next for you?

Johnny Alonso: I’m always auditioning. You can’t be in the real network and mix if you’re not auditioning for the big casting directors. I’ve had the same agent off and on for almost 15 years and I’ve booked some of my greatest gigs through her, which always leads to other film and television projects these producers are working on. I recently booked a guest-starring role on the paranormal/ghost series, A Haunting, which will air on February 11 at 10 pm on Discovery+ and also on The Travel Channel. The episode is titled “Nevermore” and I can’t wait for it to air.

The producers of A Haunting have reformatted this new upcoming season, so it’s a lot darker and spookier. Very American Horror Story. They’ve also made the stories tighter with a smaller ensemble cast, again giving each character more screen time and a heavier character arc. Out of the one-hour episode, my character has almost 45 minutes of screen time. You need to watch this.

I’m currently producing a new film that we’re trying to get greenlit by early April. It’s a wonderful mob-style dramedy. Currently, with all the SAG restrictions on filming larger casts, we’ve had to slow down our project development, but we’re always working with the distribution company that’s interested in the film, along with the two names we’ve attached. The Chop Shop will shoot back east.

Someone mentioned to me you’re a big One Tree Hill fan. The first job I booked through my current agent (she likes to remain anonymous) was my six-episode core recurring character Joey D. on the WB/CW primetime series, One Tree Hill. I was Haley and Chris’ band manager in seasons two and three. I loved working with everyone in that cast, especially Bethany Lenz, Sophia Bush, and Tyler Hilton. Chad Michael Murray was