Though it may sacrifice some accuracy for story, “Ted Bundy: American Boogeyman” brilliantly captures the heart of real-life horror. 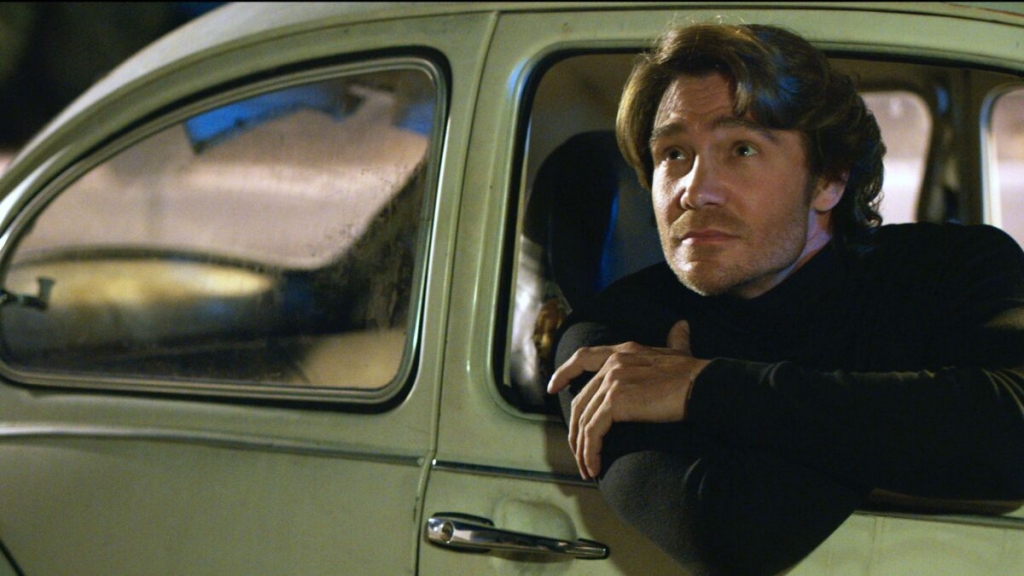 I have never been a huge fan of historical fiction. It’s not that I don’t like it per se; it’s just that I haven’t been exposed to much of it. My knowledge of history is a product of the public education system, which as you probably know is hit or miss depending on what area you sprouted in.

So, I don’t really have a firm enough foundation off of which to riff (I do take full responsibility for not watching Hamilton).

However, as a young nerd, I loved Marvel’s old What If? series as well as Watchmen which was able to weave a fascinating fictional world over the skeleton of a bastardized alternate reality.

Also, as a psychology major, I read a lot of biographies on abnormal minds like those of Ed Gein and Ted Bundy. So, I was intrigued by Ted Bundy: American Boogeyman — not just out of morbid curiosity but a genuine desire to see him from a different perspective – a quasi-fictional perspective.

What if the story of Ted Bundy were told as a horror thriller instead of a documentary?

What if it were made into a straight-up horror movie in an effort to give the audience a clearer picture of just how monstrous Bundy was? What if the producers of said movie bent over backward to recreate the look, feel, and social environment of the ‘70s and early ‘80s and hired adept actors and high-quality cinematographers to present it in a realistic setting?

Well, then you would have a movie which, while not necessarily concerned with the historical details, has a mission: to present America’s Boogeyman in his true form.

Ted Bundy: American Boogeyman is the kind of movie you watch with your kids so they can learn who Ted Bundy was and what he did. 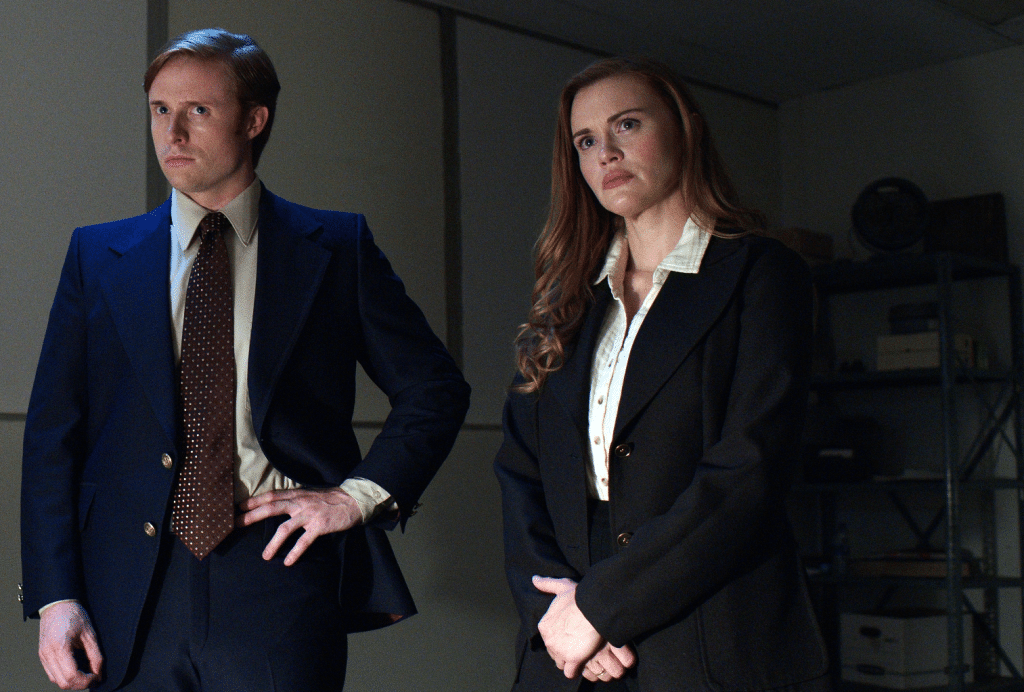 It’s important that the worst monsters of society are put under a microscope and sometimes examined through a well-crafted narrative, complete with terrifying music, top-notch special effects, and the one and only Lin Shaye…who effortlessly steals the show.

That’s not to say it’s a kids’ movie; far from it.

But, if your children (or significant other) are mature enough to handle the graphic images and sensitive material, then it’s a perfect introduction to a darker world that few have seen up close and lived to tell the tale, but which our hopes for a brighter future demand we keep from being perpetuated to the best of our ability.

I can still remember watching Helter Skelter with my dad as a kid and realizing that there are real monsters…but also real heroes.

Two heroes of the American justice system — Kathleen McChesney and Robert Ressler, played, respectively by TV’s Holland Roden (Lost, CSI, Weeds) and Jake Hays, who in addition to being a top-notch musician also happens to be the son of Robert Hays (of Airplane! fame) and Cherie Currie (lead singer of The Runaways) — dedicated their lives to bringing monsters like Ted Bundy (Chad Michael Murray: One Tree Hill, Dawson’s Creek) to justice.

In writer/director Daniel Farrands’ (Halloween: The Curse of Michael Myers, The Amityville Murders) script, we get to see what it might have looked like if McChesney and Ressler had worked together on the case of the most notorious serial killer of all time.

We also get to experience the horror of a patriarchal society that not only oppressed women like McChesney, who was eminently qualified yet told point-blank that the FBI doesn’t hire women (she would eventually have the last laugh) but was also complicit in violence towards all women, especially the young and vulnerable, during a time that victim-blaming was the norm.

Farrands brilliantly juxtaposes the physical violence of Bundy against the microaggressions (and all-out aggressions) of a not-all-that-bygone era. 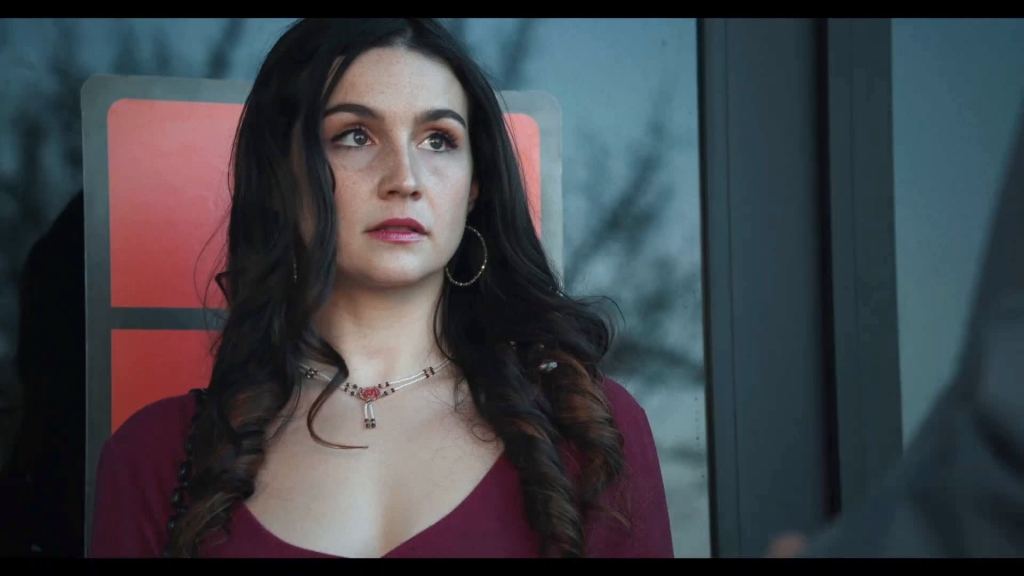 When Bundy — an utter coward in real life and presented as such in American Boogeyman — narrowly misses getting his clutches on the first potential victim in the film (who must have forgotten that in the ‘70s you could smoke in bars), it’s only because her verbally abusive boyfriend orders her to quit whatever she’s doing and get her ass in the car.

During a briefing on an as-yet-unidentified “Ted” led by McChesney, the son (a sufficiently douchey Sky Patterson) of the chief of police (convincing prick Anthony DeLongis) blatantly, openly questions whether Bundy’s victims, all of whom he describes as “that kind of girl” weren’t somehow asking for it.

We also get to see the same inane jackass rise through the ranks of the Old Boys’ Club with ease while McChesney hits several glass ceilings on her way to making history.

Later, when Ted is being evaluated by a psychologist (played brilliantly by Asante Jones), we hear Ted describing the urges of the type of person who might do the crimes of which he is being accused as a “desire to be in control”, not so different from the average male of the previous few millennia.

When McChesney begins working closely with Ressler, it’s she who actually coins the term “serial killer”, not Ressler who is historically credited with having done so.

It’s probably not true, but it is the sort of anecdote that would have occurred regularly in Archie Bunker’s “good old days”.

But far from being an experiment in “wokeness”, American Boogeyman doesn’t beat the viewer over the head. 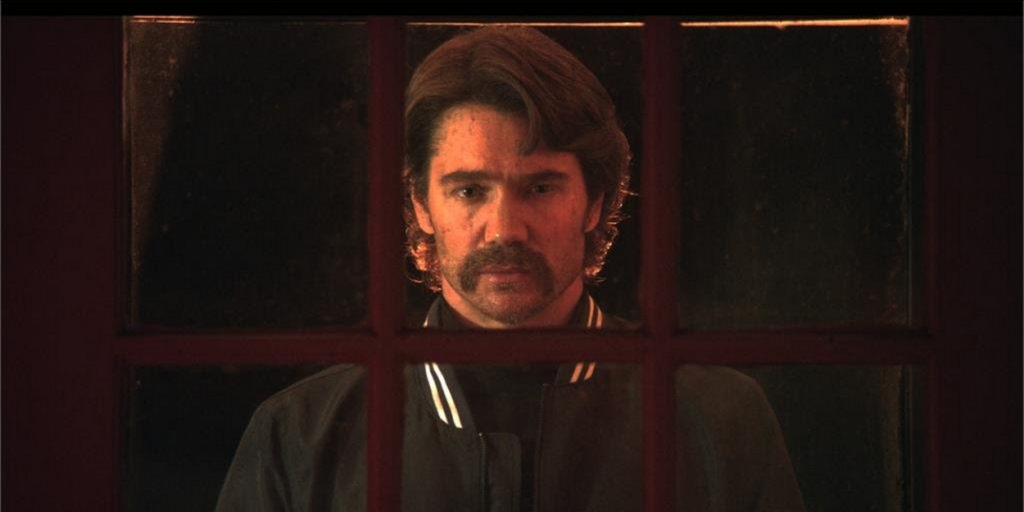 Rather, it presents things as they essentially were so the proper backdrop behind what made Ted what he was and the social conditions that allowed him to thrive for so long are properly contextualized.

Ted does manage to weasel his way into the lives of several women long enough to victimize them, but they are mostly young, naïve, and products of a generation that believed when a well-kept man approaches you with confidence, you are to do as he says.

The exceptions to this “type” are two.

First, there’s Bundy’s landlady (wonderfully portrayed by Alice Prime), who herself suffers from the sort of desperation common to a woman who fears she is losing her looks and could make a man out of a guy like Ted (if only she knew).

Bundy was absolutely no Casanova.

By all accounts (except those in the sensationalized media and certain exploitative biopics), he was an awkward, socially inept, creepy, and just plain weird creature who could pretend to be human for a while but eventually dropped the façade when pressed.

Ted Bundy: American Boogeyman doesn’t romanticize the psychopath or make him into some kind of anti-hero. 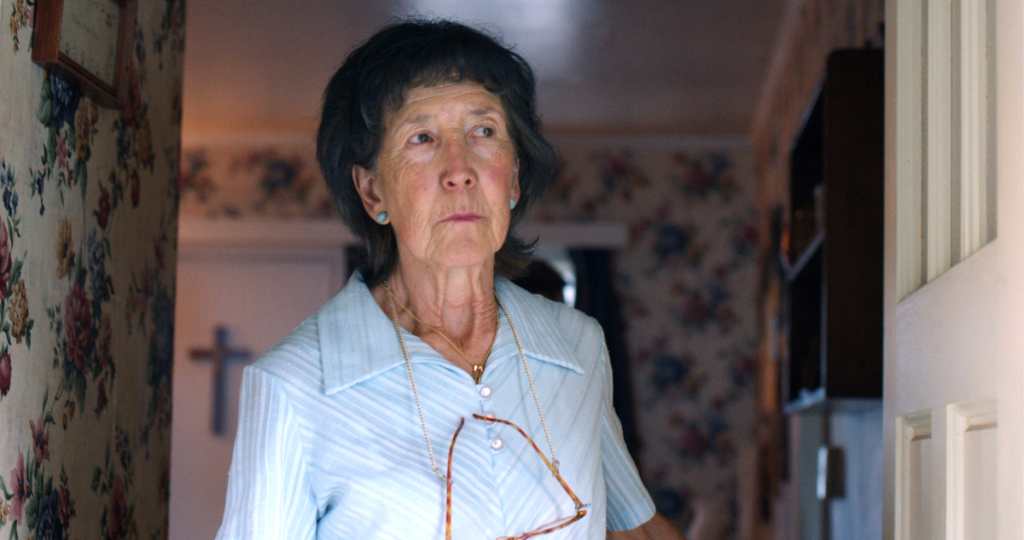 Instead, it tries to give us a glimpse into the mouth of madness.

Ted can only get away with his crimes by being sneaky and careful about whom he chooses to kill. Ted’s compulsion is steeped in psychosexual obsession and the gratification he derives from having power over weaker beings, exerting such power by causing them suffering and death.

That’s what gets him off – but in one particularly disturbing sequence, we see what it’s like for Ted to give in to his darkest fantasies – not of killing but of being tortured as a slave by the very women he has killed.

And what is the outcome of immersion in this alternate reality? Why “invisibility”, “invincibility”, some kind of existential God Mode in which Ted can do whatever he wants, whenever he wants; the very incarnation of evil.

American Puritan Oswald Chambers once said that evil always wants to become the worst version of itself. If it could, a lustful glance at a fellow human would become full-blown adultery. Wrath would become murder. A little white lie would become betrayal or treason.

Ted Bundy was proof that whatever your spiritual views, there is not only such thing as evil but that some entities embody it during their time on earth, and exploit it to its fullest.

As Lin Shaye, who plays Ted’s mother to profoundly horrifying effect, offers apple pie and ice cream to our heroes, we are left wondering just how complicit we ourselves, as parents, as partners, as members of society are in the creation of monstrous, invisible, invincible beings that take human form from time to time.