We sit down with the talented actress, filmmaker, and women in horror advocate, Julia Campanelli, star of the new adaptation of Dementia 13

The new remake of Francis Ford Coppola’s 1963 debut film Dementia 13 is due out in just a few days, and I found it to be a beautiful and haunting gothic film — one that transcends the difference in years and brings us a not only a more modern version, but a much better version of the cult classic.

In the new Dementia 13 adaptation, we meet the Haloran family, grimly trying to come to grips with the death of youngest daughter/sister Kathleen, at the yearly memorial their mother has at the family estate. Unable to move on with their lives thanks to their broken-hearted mother, Gloria’s (Julia Campanelli) obsession with her lost little girl, the family is brought together to discuss the future of the estate and events that spiral out of control, open the door to the secrets they all are harboring.

Dementia 13 2017, is an amazing movie that has wonderful Gothic elements, while giving horror lovers both a vengeful ghost and an axe-wielding slasher. There is a wide range of genre phenomenon in this film, and it is sure to become a new cult classic.

I got the chance to talk to star Julia Campanelli, who brought to amazing life the character of Gloria Haloran, the family matriarch. She gave me some insight into what it took to bring her character to life, what an amazing experience she had making the movie, and finally, what she herself has done to create a myriad of jobs and strong protagonist roles for women in films! 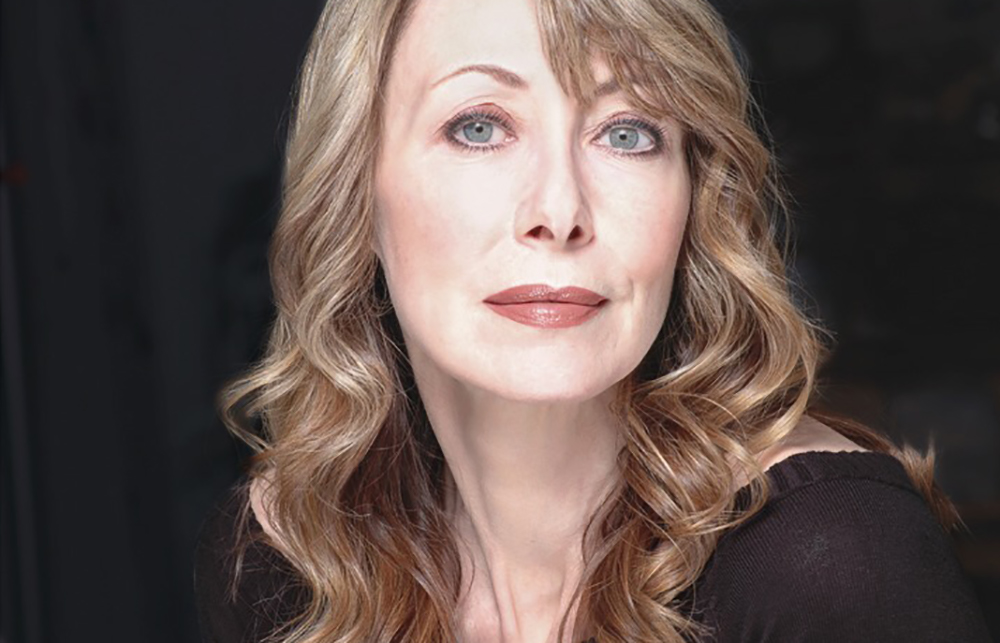 LA Zombie Girl: Hi Julia, Thanks for talking to me today. I really love Dementia 13 and I have to admit your character was my favorite!

Julia Campanelli: “Oh my gosh, thank you! What a nice compliment. It was a wonderful film to work on! Gloria has some great monologues. I have to thank Dan and Justin for those.”

LAZG: How did you get involved in Dementia 13 and did you watch the original movie before starting the filming?

JC: “I auditioned for it and got it! I watched the original film before the audition, because I wanted to know what the history of the movie was — what was the genesis of it. Also, you have to pay an homage to Coppola, who created the original. Whenever you remake something, there’s a huge responsibility to the fans of the first one to do it justice, and I think we do from what I’ve seen of it.”

“I thought the script was great, and I think we did a good job. From the clips that I’ve watched, it looks beautiful. I think Richard did a good job with the direction, and he certainly was a dream to work with.” 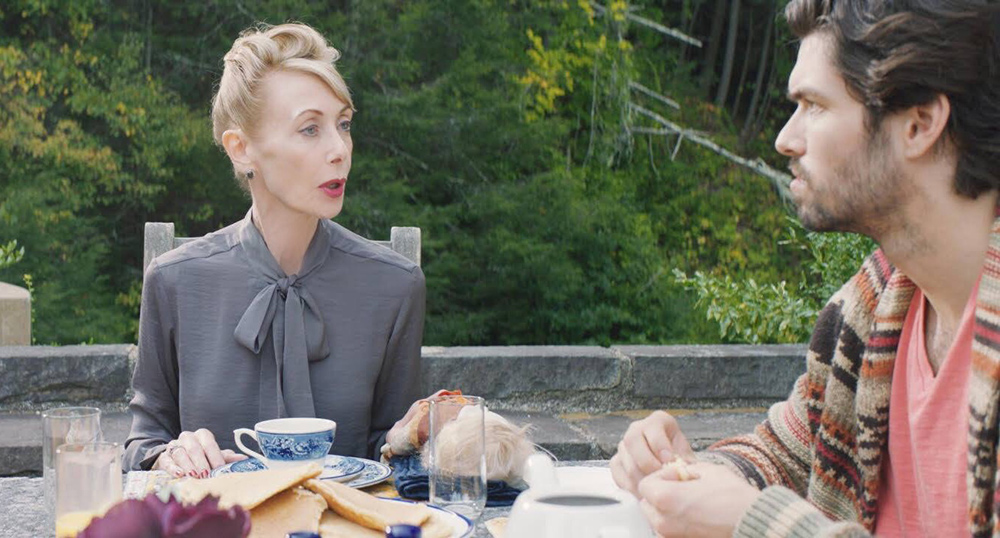 “I mean, there was the specter of Coppola in the backs of all our minds when we were making it, so we did feel the responsibility to the fans because of that. We weren’t just making something from scratch where we could do whatever we wanted. We understood there is going to be a comparison, and we better put our game faces on and really step up and do justice to the original concept of it.”

LAZG: I love Gloria and her creepy, but obviously deep love for her dead daughter. What did you do to prepare for the character?

JC: ”I just tried to understand how she felt. In the beginning, they all think she’s crazy. She’s talking to the walls, talking to herself, talking to her dead daughter as if she is there. This time the memorial is more than that — she has to talk to them all together. She needs to tell them she is sick and that she is giving the estate away to charity. She may not be the best communicator, but she does try to inform her children what immense wealth can do, where it came from, that it’s blood money, and so maybe it’s not a great idea that we keep it.

She tries to convince them, and then all these other things start happening…and we really have to pull together as a family. That’s when the love of her family comes through, and they do come together for each other. It is one hell of a ride, that one evening, everything imaginable happens. Then they realize she’s not crazy. They come to believe she knows what she’s talking about. She has a second sight, she can see her daughter there — because she really is still there.” 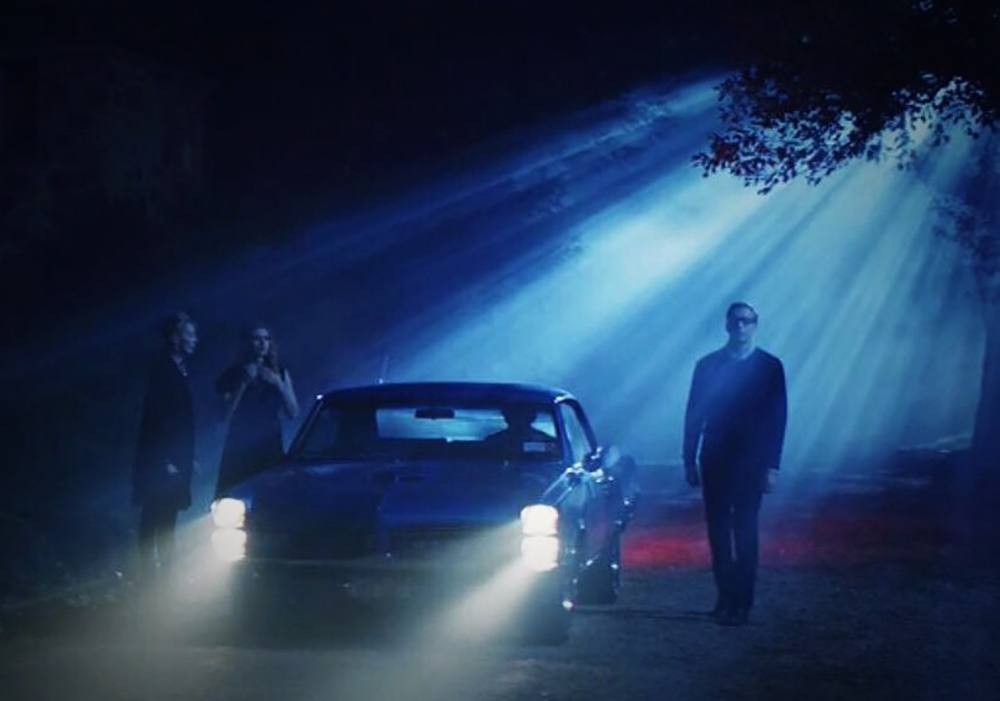 LAZG: Where was the movie filmed? What an amazing location!

JC: “It was made in a castle in Connecticut, up in the mountains, on a thousand-acre estate. And it was haunted…really scary. I think that really inspired the film a lot, because it was definitely haunted. We were all very creeped out by it. The house had this whole very bizarre history that we discovered, throughout the course of filming.

We were also walking into someone else’s house, everything was intact. The owners just walked away from it. They were very wealthy, got into their helicopter and never looked back. They left all their clothing in closets, all their toiletries in the bathroom. That really lent itself to the deserted feeling when we were filming. I feel like in our film, the house is a character, an uncredited character in the film.”

LAZG: As an actor, have you always been drawn to dark characters?

JC: “I’ve always been drawn to strong characters. This is my first horror film, and I have to say I had a blast! I hope I get more horror films in the future. Certainly, I’ve played a lot of dark characters. I played a witch in a play in New York called ‘Sleep No More’. That was very dark…so I’ve been there! I have plumbed the depths of darkness, and of course I do a lot of research for all my characters and for any role that I take on.” 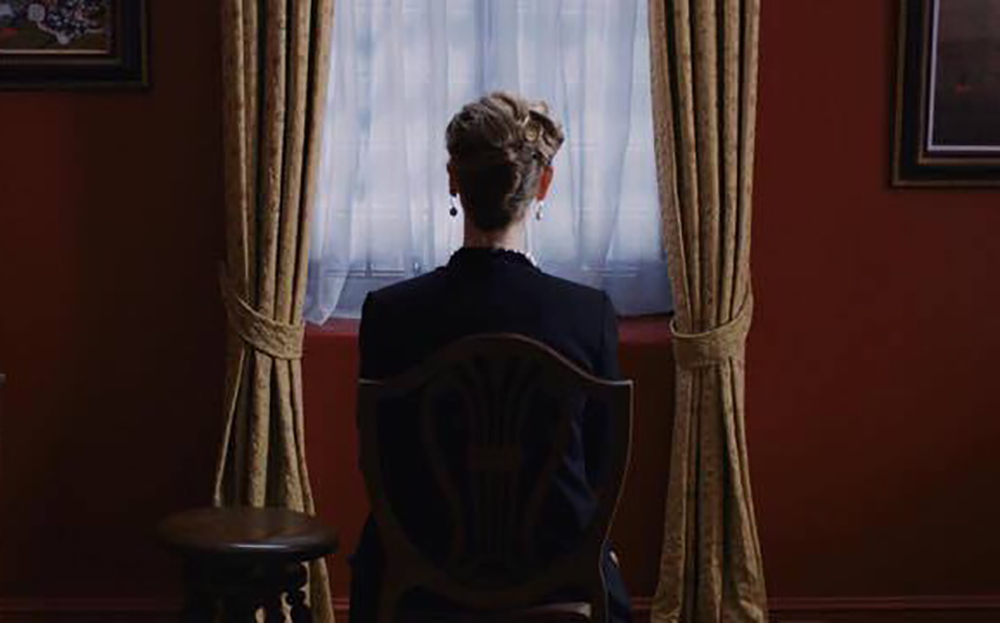 “There is a lot of darkness in this film, but you also have to keep the humanity there, to make it not a caricature but a whole human being. You can’t just play this two-dimensional character. You have to give it weight and show all dimensions of it. I think this script gave me that opportunity. Dan told me the one monologue he wrote when they are tied up, that he wrote that all himself, and he put everything into it. For that, I want to thank him so much.”

LAZG: So please tell me about some of your other projects like the Shelter Theater Group. I love that you are working to create more quality roles for women.

JC: “This has been my driving vision all of my professional life. When I went to New York to be an actress, I was not happy with the roles that were available to me — you know, the 18 to 39 rule. So I created a theater company to create better roles for women. And then, I decided I really wanted to make films. So I shut down the theater company, and I left acting for ten years. I went to film school, then I went back into acting. I was a little bit older and I thought, “Now I’ll be able to get some meatier roles.” But, still, the 18-39 rule was in effect.

That should be the name of a film actually, “18 to 39”. A lot of women would identify with it. I kept seeing the gender bias in the film industry, and I just decided to do it myself — to start a film company, develop film projects for complex female protagonists and with female crews. Whenever I see a film that’s even ten years old, and you look at the end credits when they roll, its men, men, men. Maybe you’ll see one woman as script supervisor or in wardrobe, but that’s it. And I’m offended by this!”

“This is an entire industry that women have been locked out of. And I decided this has got to change. I’m going to do my part and help change this.”

“Dementia 13 has such amazing female characters in it! It’s all about the women in this film, which I love. The ghost, the dolls, the daughters, and Gloria’s character were so wonderful, thanks to the producer and the director. Rich was such a dream to work with. He let me go with it, and he let me have fun. He let me explore, and he created such a safe and supportive atmosphere on set. That gave the cast such freedom to do really deep characters and just bring everything to the film that we could.”

LAZG: It sounds like this film was a wonderful experience, but did you have any supernatural happenings?

JC: “Yes! There were supernatural things happening in the castle! It didn’t happen to us, but a couple of the crew members had to spend the night in the castle. They said, for real, there was a radio that turned on by itself…and it totally scared them to death. There were lights going on and off all the time, so there was really this presence all the time that we just couldn’t get away from. You could feel the spirits all around us. Plus, we were on this thousand-acre estate. We were so isolated. There was nobody around us. If anything had happened, no one would have heard us scream, and they would have found our bodies years later. It was so creepy — that ultimately helped the whole feeling of the film.”

Thank you, Julia, for an amazing conversation!!!

Chiller Films will release the horror thriller film DEMENTIA 13, starring the incredibly talented Julia Campanelli, in Theaters on October 6, 2017 and on VOD and Digital HD on October 10, 2017. I loved it…I bet you will too!