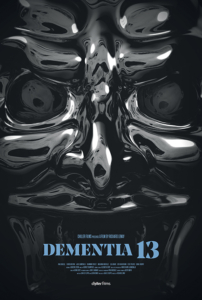 I haven’t always been a fan of remakes. The black and white horror films of the 1960s are a breed of their own; beautiful for their simplicity. A time without cell phones and technology, the tones in B&W lovely to see, with shadows taking on a life of their own. Usually those movies are perfect for what they are and never translate well as a remake. This time is different for me.

I loved the new version and what director Richard LeMay accomplished, taking a poorly done, low-budget film from the 60s and turning it into a truly beautiful gothic horror for 2017.

The original film was a gothic melodrama, apparently filmed in a week, with a script that was written as they went. The story was scattered, and since it was produced by Roger Corman — it barely had a chance for greatness. Luckily, even though it was his first film, Coppola did a great job pulling some of Corman’s people together, and we can see his talent with actors and moviemaking even that early on, thus making a cult classic, if not a great film.

Dementia 13 2017, is a story of family. The Haloran Family, where everyone has a secret and the yearly memorial of the death of their drowned sister and daughter Kathleen, bring them together at the family estate. At this year’s creepy gathering we find the family’s mother and matriarch Gloria Haloran (played frighteningly by Julia Campanelli), seemingly to be going crazy.

But let’s go back to the beginning. The movie starts out following Louise, (Ana Isabelle) who we find out is the gold-digging wife of son John Haloran. Escalating quickly, we see Louise, kill off John, dump his body in a lake and call some very bad friends to come help her rob the rest of the Haloran family.

One by one the family arrives at the estate. Rose Haloran (Channing Pickett) and Billy Haloran (Marianne Noscheze) both bring along husbands who are not thrilled to be there. While they all wait for brother John to arrive, the whole family is shocked to find out Louise and John have gotten married. Gloria spends most of her time in Kathleen’s bedroom, playing games and having tea with her dead daughter. As the rest of the family arrive, they all seem afraid. This is a very unusual family reunion and the discomfort of everyone is thick in the air.

The Haloran family isn’t crazy, but like I said earlier, they all have their secrets. So, this being a horror film, and a slasher film at that, it makes them all targets for a vengeful ghost, an axe murderer with incredibly good aim and Louise’s hoodlum friends, who arrive right in the middle of it all.

The walls of the beautiful castle hold a lot of old secrets and little by little we find them out. What will happen to the estate, who killed little Kathleen so long ago, and who is stalking them with an axe?

I love the gothic elements in this film. Gothic films are making a comeback these days and it’s wonderful to see movies going back to the time of horror that was once dominant. Even though it’s not a period piece, it still fulfills what a gothic film is. The beautiful remote location, the dark luxurious castle full of secret passageways, a supernatural tragedy, the relationship of the living with the dead, the unknown of who is good or evil, who deserves to live or die, and a great twist at the end. All these elements make Dementia 13 a film worth watching and one that I really enjoyed.

Chiller Films will release the horror thriller film DEMENTIA 13 in Theaters on October 6, 2017 and on VOD and Digital HD on October 10, 2017.

All photos courtesy of Chiller Films.