In an attempt to finish off Women in Horror Month with a bang, I bring you the lovely Pollyanna McIntosh. 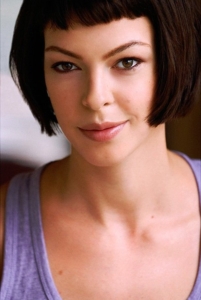 Now, Pollyanna McIntosh is not just a horror actress. She is terrific in everything she appears in. But she has been so amazing in the Horror genre that I was super thrilled to see her as a new character in my favorite TV show, The Walking Dead! Her elegant Jadis was so clever, confidant and strong next to Rick that I was enthralled watching them banter back and forth. She is a ruthless and fearless leader. Her group, The Scavengers, could be very useful in the battle against Negan, and it is yet to see how this will play out.

Sooooo…I am crazy excited to bring you a Morbidly Beautiful exclusive interview with Pollyanna McIntosh herself. When asked to fit this interview in before Women in Horror Month was up, she graciously found the time in her busy schedule.

POLLYANNA MCINTOSH TALKS HER CAREER, THE GENRE, AND HER LATEST ROLE ON THE WALKING DEAD

Vicki Woods: Thanks so much for being willing to answer a few questions. I am a fan of your movies and a huge The Walking Dead fan. As a journalist and a fan, I am excited to get an interview with you.

Pollyanna McIntosh: Hello Vicki, thanks for the interview. I’m glad to participate for Women in Horror Month and beyond. I love the show (The Walking Dead) too! Cheers! 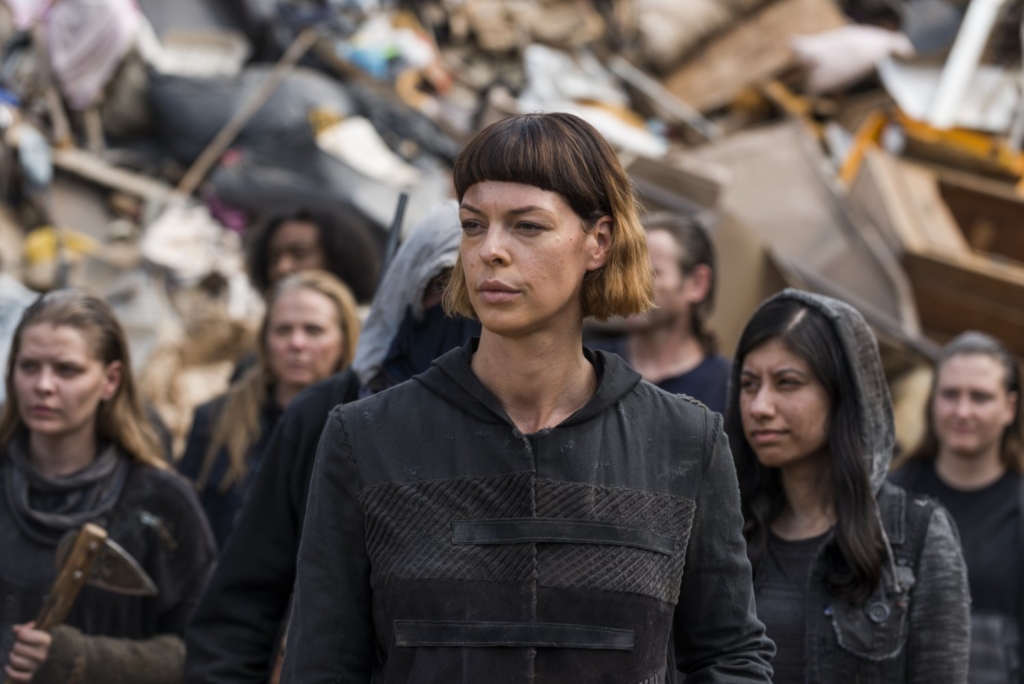 VW: Thanks Pollyanna!! Let’s start at the beginning. How did you end up becoming an actress?

PM: I think the first “role” I ever played in public was in a play my big sister Tilly wrote, which we performed in our backyard for paying neighbors to raise money for the street kids in Colombia, South America (where we lived at the time). Tilly played the Princess in this wonderfully odd play, and I was the over-excited puppy. I was 6 or 7 years old, and I remember I attached the small brown jacket of my Paddington Bear onto my head so that the sleeves stuck up like ears and mostly ran around the garden on all fours yelping and giving the princess google eyes.

The appeal then was the same as it is for me now — to play and connect with fellow loonies (creatives), to fully immerse myself in a character that engages the audience, and to hopefully do some good by connecting them with their humanity. I don’t think my 6-year-old self would have put it that way, but it’s essentially the same thing kids do for free.

I did amateur theatre in Edinburgh, Scotland from the age of 9. After a brief career as a model in London, I took my place at Uni to complete a BA/BSc in Drama and Theatre Studies with Psychology. After graduating, I began directing theatre and being in it. I was struggling to get an agent, so that got me the chance to invite them to my performances. Once I had my first agent, I began to audition and work. But it’s a long road to stability in this business. That’s why you’ve got to really love it and be ready to go hungry for it. 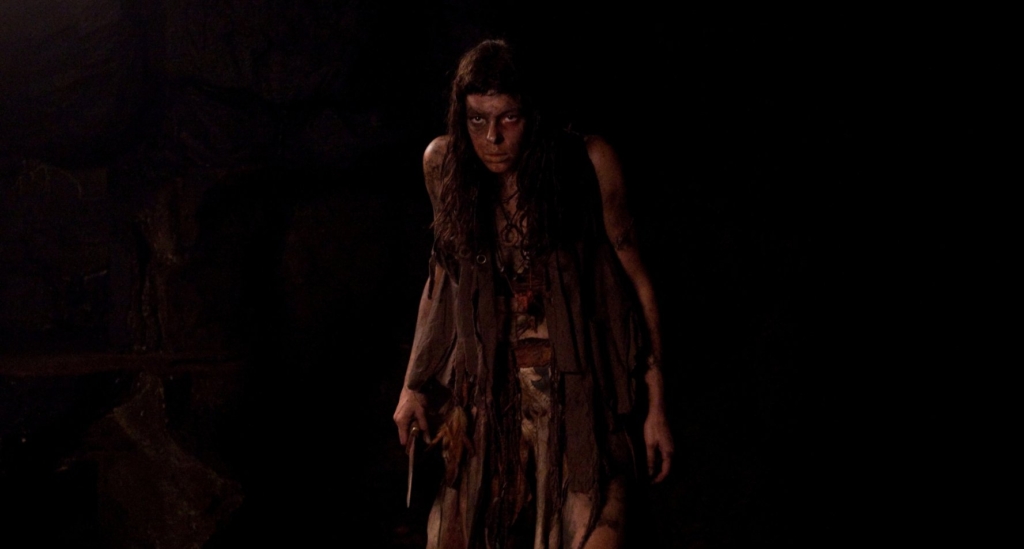 VW: You have lived all over the world and have had such diverse roles, do you have a favorite type of acting? In your film repertoire, you have several horror/thriller type films including Offspring, The Woman, Let Us Prey and Tales of Halloween just to name a few. Is this a genre you enjoy doing and why?

PM: The choice of taking something on is always about the script itself and the people I’m working with. The genre — whether drama, thriller, comedy, horror, romance or Sci-fi — is only relevant in so much as who watches the work. My first American film audition was for a horror, Headspace, and it became my first role on film in the US. Because of that, the same producer, Andrew van den Houten, offered me Offspring, and The Woman was born out of that.

Horror fans are loyal and have much to do with my keeping working over the years because producers have seen that, and it’s given them faith in hiring me. I’m very grateful to them. It means I’ve been able to work on some wonderful horrors. I’ve thoroughly enjoyed seeing how much love the films you mention get from horror fans, and I hope I can continue to find collaborations that resonate with them. But I’ve never seen myself as a genre specific actor. To be honest, I’m sometimes frustrated by how ready people are to put a box around that. A box around anything, really!

VW: It’s easy to see why horror fans love you! In Offspring and The Woman, you really give 100% to the feral nature of your character. How can you play such an amazing woman without it coming out silly or campy? You were very believable!!

PM: Thank you. It’s a tricky one to answer as film is so collaborative. That things coming off as real or moving or thought provoking rather than silly, depends on so many different elements, from different talents in the crew and cast. And then there’s the magic of being prepared for luck to shine on you! I prepare differently for different roles, but I’ll do whatever it takes for me to believe it when I’m in character. I hope that’s some of the reason it felt believable to you: because I believed it when I was doing it. Humans are pretty good at reading the truth. 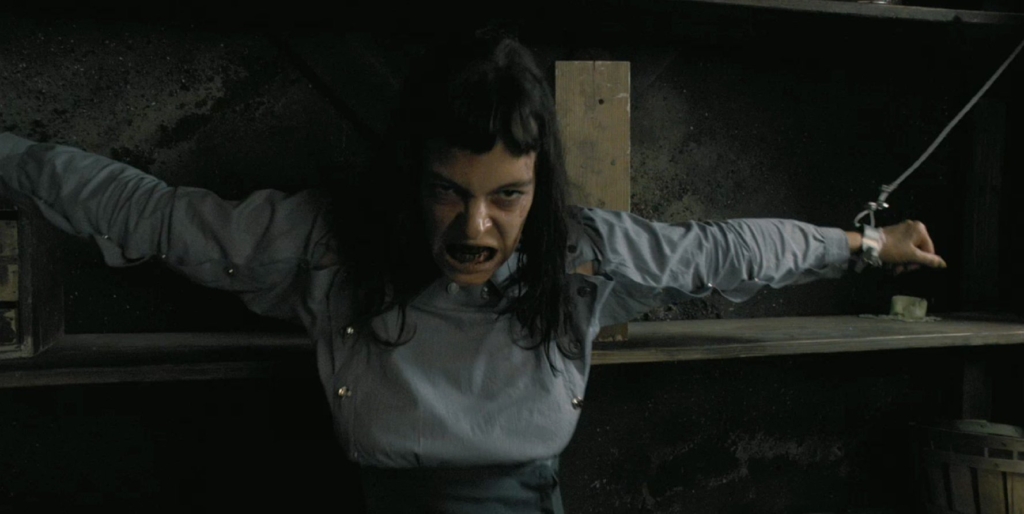 VW: How did you end up getting a part on The Walking Dead? Are you