In honor of Women in Horror Month, we talk with talented actress, writer, producer and director Aleksandra Svetlichnaya

I had the honor of connecting with all-around talented and rising star Aleksandra Svetlichnaya recently and ask her a few question regarding herself and her career. Her fierce independence has enabled her to forge a path all her own, and her inspiring attitude and outlook is infectious to say the least. Read on and get to know Aleksandra Svetlichnaya. 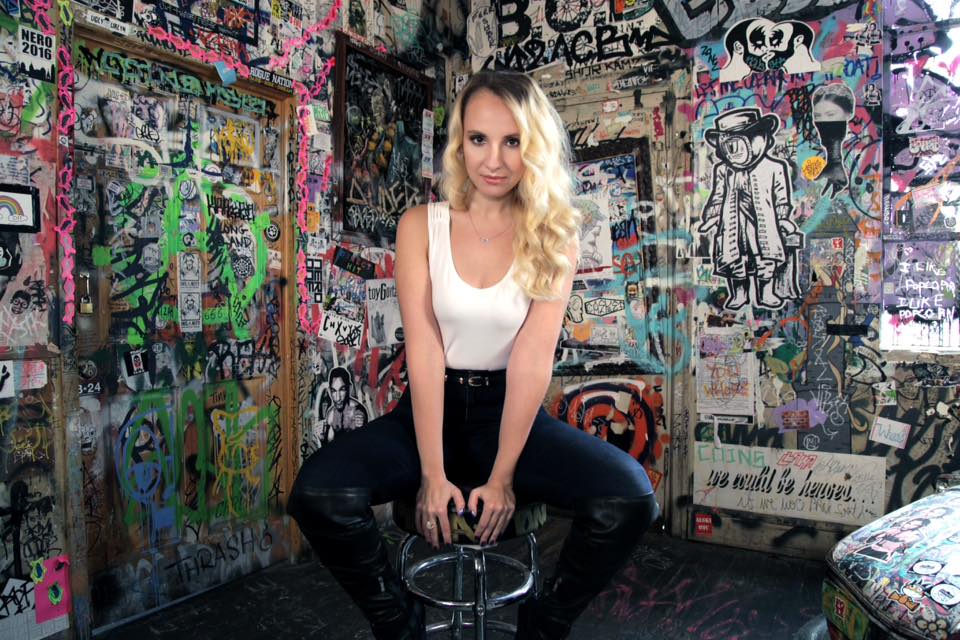 With so many different jobs on the films you’ve worked on (writer, producer, director, actress, costume department, stunts), tell us a little bit about your background and where this wide range of skill sets came from in your life?

I was always very creative, so my parents put me into art classes early. From then it was writing and dance and martial arts and anything else I could get my hands on. In college, I got a Bachelor’s of Science in Fashion Design, where I obviously learned about design, but I learned many other skills as well. After graduation I found my way into Freelance Town and continued using and honing my various skills there.

Continuing with the first question, of all the jobs you’ve done on films is there a particular one you’d like to focus on? In other words, where do you see yourself in 10 years, being more of an actress or writer or director, etc?

The whole reason I started creating my own content is because I couldn’t stick to just one thing! I like to have my fingers in all the glittery, or gory, pots. I also find it hard to plan in that way, because we never know what the Universe is going to throw at us. But assuming there isn’t an apocalypse.. Let’s say that in 10 years I would like for SVET Studios to be a full-fledged, successful production company and yes, I will still stick my nose in every aspect. But I will also have amazing, talented team members that can be left alone to be amazing and talented. I would like to develop the DINNERVERSE as a series either for network television, like the CW, or for a streaming service like Netflix or Amazon. But I would also like to act in productions that I am not directing, writing or producing. 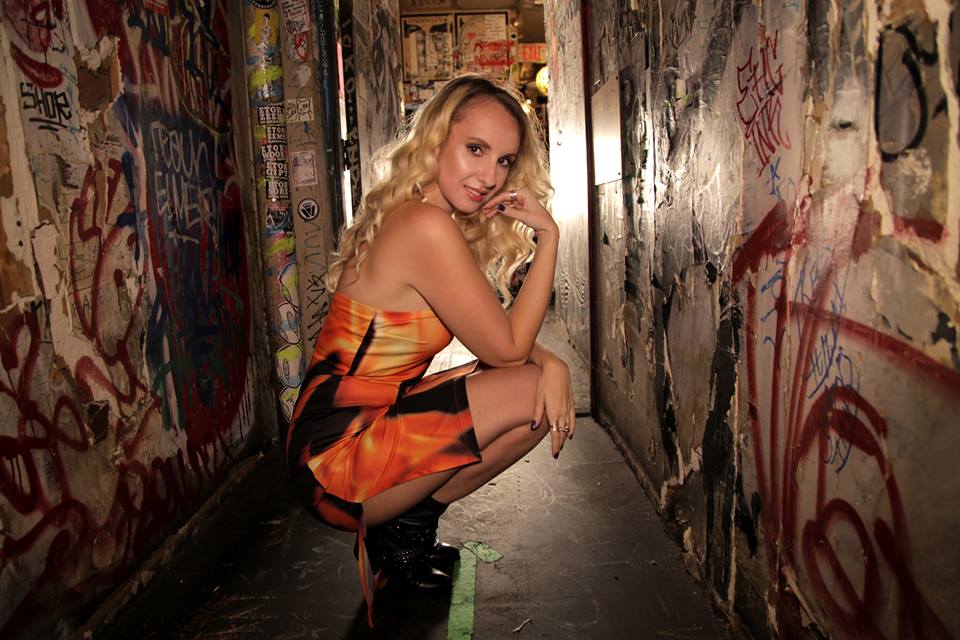 Tell us a little bit about your experience on set of Death House and what your role was as part of the stunt team. Can you share any insight as to what horror fans can expect from the film?

I’ve said it before and I’ll say it again, working on “Death House” was awesome! The director, Harrison Smith, has talked a lot about how there will be lots of nods and references to classic horror history, so I think there will be something for everyone in “Death House.” The stunt team was great and welcoming, and I learned a lot from everyone. I can say that I played a prison guard captain. But beyond that, there’s not really anything that I can share without spoilers. And I think we can all agree that spoilers are the horror monsters that nobody likes!

Let’s talk about your short film, “Dinner”! Where did the idea come from and what lessons did you learn throughout the filmmaking process being a first time director, producer, and writer as well as starring?

I got into acting because I loved the idea of being able to play different characters, only to realize that the reality of it was that, if I was lucky to work at all, I would be playing the same stereotype over and over. Girlfriend, model, victim – being tall and blonde, these were my options. I quickly grew tired of the hamster wheel of auditioning for roles I didn’t even really want to begin with, so I opted out of that nonsense and instead chose to create my own content with “DINNER.” Not only did I get to play a cool character, but I also had the creative control over the story and message that was being put out into the world. I think the world can always use more strong female characters.

You learn a lot the first time you try anything, and this time was no different. I learned so much about the filmmaking process, about different shots and angles, about crafting a story for film, about managing a production and about leading a team. Most importantly, I learned about leaning on your team – I love every little part of the process, so I tend to just jump into every single thing that needs to get done, but I’m continuing to learn that I need delegate more. At least until cloning becomes an option! 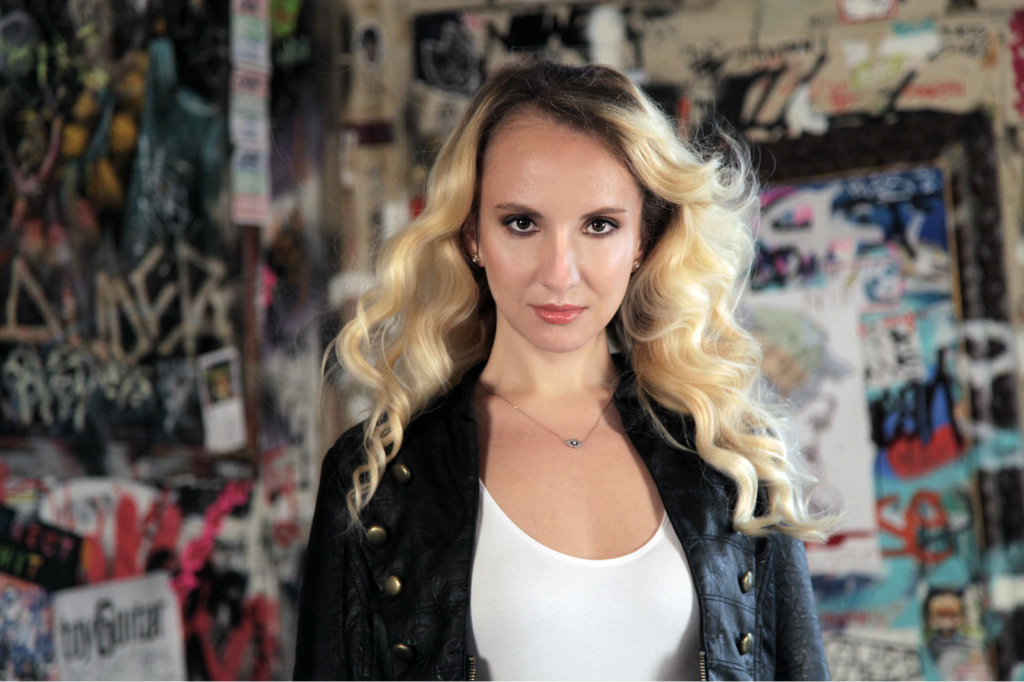 You’ve been able to work on some big films such as “Split” and “Creed”, what were those experiences like and was there anything you took away from them that you’ve applied to your own career?

No two film sets are alike. But if you’re smart and you keep your eyes and ears open, you learn something from every experience – regardless of how big or small the production, or how big or small your role is. I learned so much about what to do, and what not to do, from working on various productions as an actor and costume designer before I ever even thought about directing or producing my own work.

Being involved with “Creed” I had the opportunity to see how a huge boxing scene was shot up close and personal, which is amazing considering how many different fights and stunts we have in the DINNERVERSE. I read about how M. Night Shyamalan approaches directing before working on “Split,” and it was great to see in person just how detail oriented he is. It reinforced my belief that every little part matters! I also loved how there was no behind the scenes separation on his set – the crew, the Union and Non-Union actors all had the same lunch options to choose from and ate them together. That may not seem like a big deal, but if you’ve ever worked on a big set and had to munch on lettuce all day because you’re Non-Union and therefore you don’t get access to the gourmet meals and food trucks that the Union actors had – you learn to appreciate true human behavior!

“Breakfast” (Dinner 2), is an interesting and inventive advancement of the “Dinner” universe. Was the story for “Breakfast” planned with the making of “Dinner” or was it an idea that came after?

Thank you so much! Well, “DINNER” was originally intended as a one-shot type deal. The plot for “BREAKFAST” wasn’t realized until about a year after the original “DINNER” movie was released. None of us expected it to become as popular as it did! Making “DINNER” and promoting it, I really fell in love with the characters, and seeing that a lot of other people did as well, that inspired me to continue telling their stories.

Lastly, tell us what you have coming up and what we should watch out for that you’re involved in and where can people find you on social media?

If you’re in the Philly area, we have some fun events coming up with “DINNER” and “BREAKFAST” so keep an eye out on our Facebook page for all the details. We don’t currently have any comic con appearances confirmed, but I’m hoping that will soon change! If you want to see us at a con near you, reach out to the organizers via social media, or website, and let them know!

By the end of 2017 there will be two more installments in the “DINNERVERSE” – three if I’m lucky. So I hope you’re hungry!!

Thank you so much to Aleksandra Svetlichnaya for taking the time to chat with me and sharing your thoughts and work with our readers at Morbidly Beautiful!