“Born in Albuquerque, New Mexico, but a dual citizen with a British passport, Helene Udy is best known for playing edgy, rough hewn and often sympathetic portrayals of misunderstood characters; the most of which to date is the series regular prostitute “Myra” on the popular CBS TV Western Dr. Quinn Medicine Woman. One of two daughters, Helene began her acting career as a child in Canadian shows for the CBC, CTV and Global Canadian television networks. She studied at Montreal’s Dome Theater school and pursued a degree in film at Montreal’s Dawson College, while continuing her acting career in Canadian movies (such as Pick-up Summer (1980), My Bloody Valentine (1981), Pin (1988), The Dead Zone (1983), Hog Wild (1980)), before moving to New York for her soap series gig on As the World Turns (1956).

In Los Angeles, among the plays Helene has produced and directed, “Out in America”, by Canadian writer Katie Ford, won several prestigious Backstage West Awards for Production and Direction. And Rehab the Musical won the Hollywood Fringe Festival 2010.While working as a series regular on the CBS series, Dr. Quinn, Medicine Woman (1993), Helene formed “Fatty Pictures” (later known as “5k-Films”) and began to produce and direct feature films. She has three independent movies to her credit to date (“The Last Blue Day”, If Tomorrow Comes (2000), “Employee of the Month”). and a documentary feature film (on malaria), with Dr. D. Rutledge Taylor, which took her to Africa and Malaysia in 2005. In her free time, Helene is also an acrobat whose disciplines include the areal silks and partner hand balancing. She also works in sketch comedy and is presently developing and producing sketches for her web comedy sketch series “Sexy Fun Kitty What”.”* 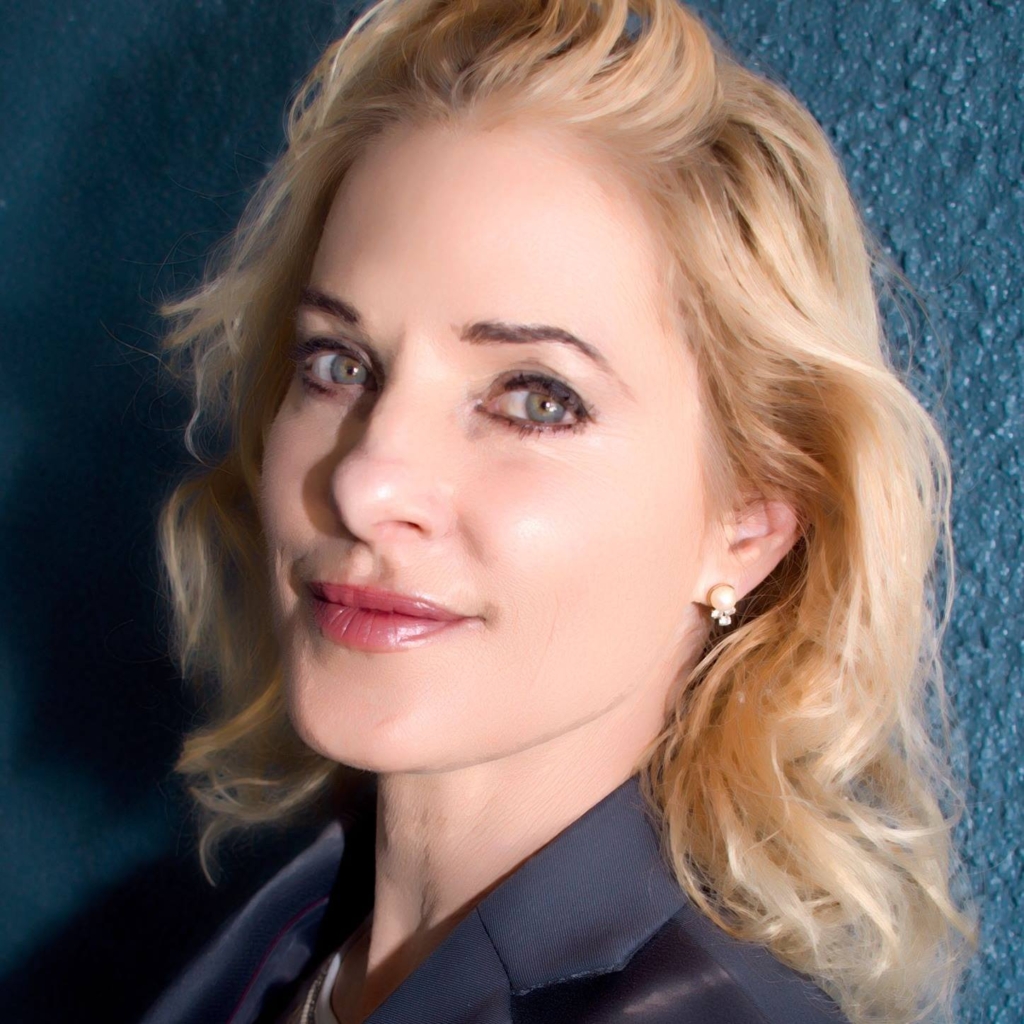 When I was a kid, I had a thing for movies. When the first movie I knew of came to town, I took the bus to the production office and offered to work for them for free. They let me on the set, and there I met the location manager George Mihalka. He was kind of unforgettable. Fortunately, he also remembered me. When it came time to audition for his first feature length film, I was remembered and got the part. I credit him for starting my film career. He also directed my 2nd movie ever which was to be the iconic “My Bloody Valentine”. I have been super lucky in my life. It’s not something I could have predicted.

I would have to say Janet Leigh was the first horror movie heroine I ever saw. She dies very early in the movie, but she does so beautifully. What I liked about her and the whole movie is that it was played for truth. You felt this was a woman who was in a terrible circumstance and fleeing something very frightening. The acting was brilliant and sensitive, and you identified with a character. You sympathize with her, and you are horrified by what has happened to her. I was fascinated by this terrible thing she was playing, even though I didn’t know what it was. I felt her anxiety so deeply. That made me want to create characters like that, which held a burden of truth that could sustain an audience through anything. And even now, though I’m starting to play more of the bad characters, I still want there to be a burden of proof that the audience can’t see that sustains them through the movie. 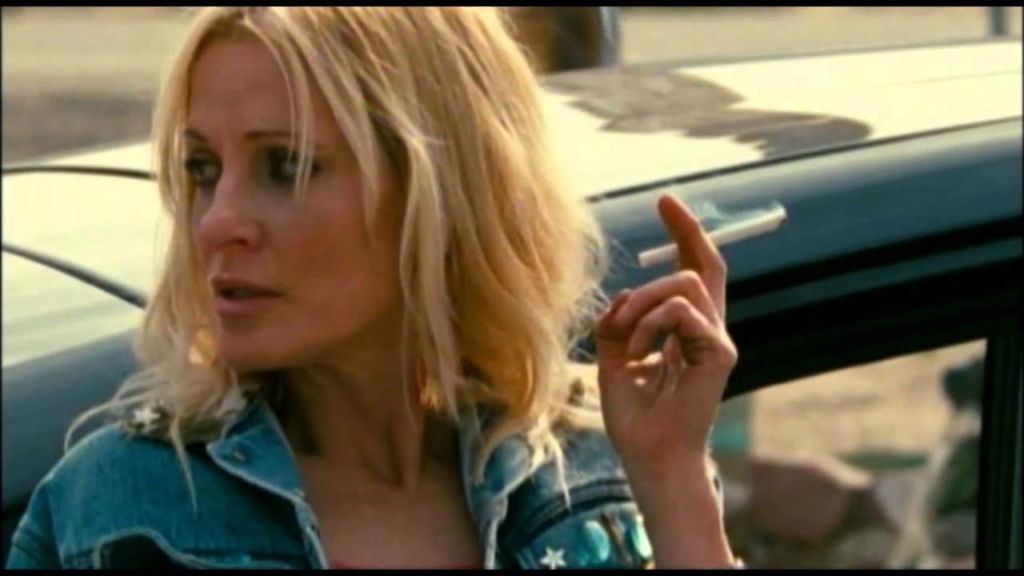 The first horror thing I was exposed to was at the age of 5, but it was an album that told stories on a little record player I had. I was not allowed to watch TV, but I could play my album stories any time. I’m pretty sure my mom did not know the content of this album or she would never have let me listen to it. The story was “Bluebeard” about a man that kills all his wives one after another and hides them in pieces in a dungeon room that his last wife discovers and manages to escape from. It was SO SCARY. I was fascinated by the terrible screams of the wives as they begged for their lives. The sound of the knife and then silence. Not really a thing a little kid should be listening to, but oh well.

Then when I was eight, my mother was allowed to bring us to the movies that they showed in a film course she was taking at University. The movie I saw was a foreign film called the Seventh Seal. It was about Death coming to collect the souls. Death was a very complicated character. So I was a little confused by it. One of the things that stuck with me was when he finally does gather all the souls and they’re going to wherever souls go, they walk along a Mountain Ridge at night. And they’re dancing for some reason. It was very macabre, and that stuck with me for sure. Finally, when I was a teenager, I unknowingly went with all my friends to see a movie called The Tenant that turned out to be a horror movie that Roman Polanski did. It gave me nightmares for months! It really got under your skin. Not the kind of movie I want to see again. I highly recommend it folks that like to be disturbed. Hah!

I like a great script that has a good story — so that the gore is incidental to the tension that the story is able to create. If a filmmaker is being extremely creative and trying to break new ground, I’m also pretty excited by it. You know a movie is well-written when even just reading it you feel pain or fear or empathy for the character. That’s what I’m looking for. But then again, if the movie is a super funny parody, I am always game to jump on board and do something ridiculous. 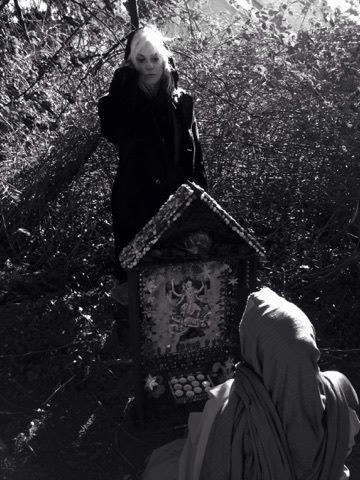 Yeah. I think that, as things go, women are getting stronger and taking more powerful roles either as the heroines or the terrorizers. Either way, that’s awesome! I love to see a brave woman with a fine physique rocking a pair of spats, coming at you with a knife. Who doesn’t?

Upcoming projects are The Possession of Mia Moss (in post -production; I play one of the lead character’s mum), Vampyr ( the re-make; I play “the Vamp”; it’s in black and white), and The Stirring (80s style horror that takes place in a sorority; I’m a mom here too). In  pre-production is Run Like Hell. I play a crazy hillbilly vagabond. Pretty exciting! 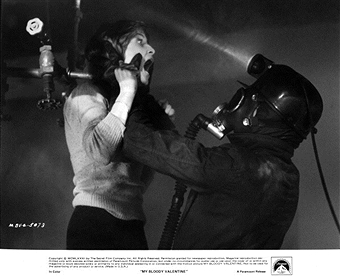