We interview the ethereal-voiced singer, songwriter, producer Ethel Cain about her music, style, influences, and her upcoming EP “Inbred”.

Last year in the spring, in a time that feels centuries away now, I reviewed an EP called Golden Age by Florida-based songwriter Ethel Cain and adored every second of the album. It was dreamy and dreary, a strange mix of juxtaposition to and escape from a world that seemed to be absolutely mad. I kept returning to that album over the course of the year, and digging into the rest of Cain’s discography. Cain’s music is that perfect mix of gothic Americana and shoegaze that settles into the back of your head and burrows in deep. You don’t forget a voice or songs like hers easily.

That’s why, when she announced that a new EP called Inbred would be coming on April 23rd of this year, I decided to reach out and see if she’d be interested in an interview. To my great luck and joy, she was. 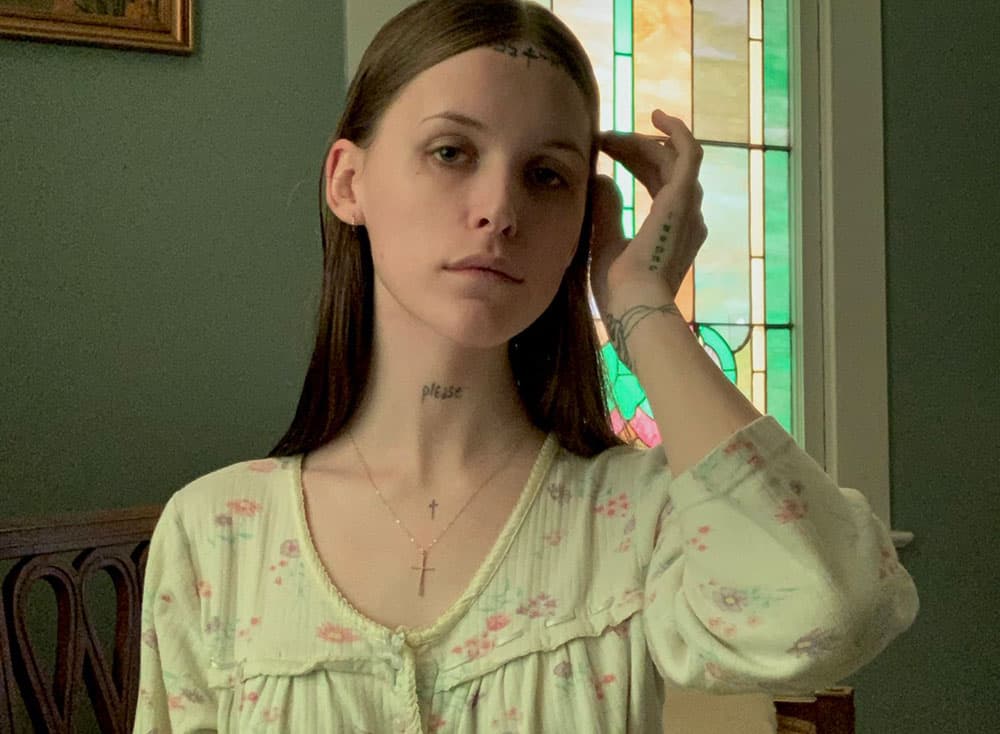 EC: It’s a hard tie between the 2003 remake of “Texas Chainsaw Massacre” and “The Blair Witch Project”. I like a large variety of horror films overall but those two are directly inspirational to me. Also not “movies” per-se but two of my all-time favorite pieces of horror are Outlast 2 and Resident Evil 7. I feel like because they’re video games, they’re vastly more immersive and they are endlessly inspiring to me creatively. The setting for both games are phenomenal.

KK: Why did you decide to get into music and who were your biggest musical inspirations growing up?

EC: I grew up in choir and just always enjoyed singing around the house, and I even wrote a shitty little album at 15 as an ode to my idol at the time Florence Welch because I wanted to be her so badly when I grew up. My mom was very strict on us only being allowed to listen to Christian music but my dad would play old country/rock in the truck when we were alone so it created this weird stylistic intersection in my head that nobody was really filling. By the time I was 19 I was really itching for that very specific kind of music that no one was making so I just decided to bite the bullet and try making it myself.

KK: Who were your biggest influences making both Golden Age and now Inbred?

EC: Golden Age was very much inspired by the late 90s Christian synthpop I grew up listening to; Michelle Tumes, Nichole Nordeman, Jaci Velasquez. Lots of intensely dreamy, cerebral, Enya-esque instrumentals with soft, cooing female vocals. I just mixed it with the grungier modern dreampop/alt rock that I was listening to at the time (Nicole Dollanganger, Velvetears, Title Fight) and wound up with this faux-cinematic shoegaze-y project. With Inbred, my production skills got a bit better so I wanted to clean up my sound, turn down the reverb a smidge, and try my hand at really playing my own guitar/bass. Golden Age really had people shoehorning me into the sad-girl shtick, however, and I was like “uh, I don’t wanna be sad girl, I wanna be mad girl”, so for Inbred I wanted to channel more aggression and dominance into the soundscape. I was listening to old Avril Lavigne, Chelsea Wolfe, King Woman. Female rage all the way. 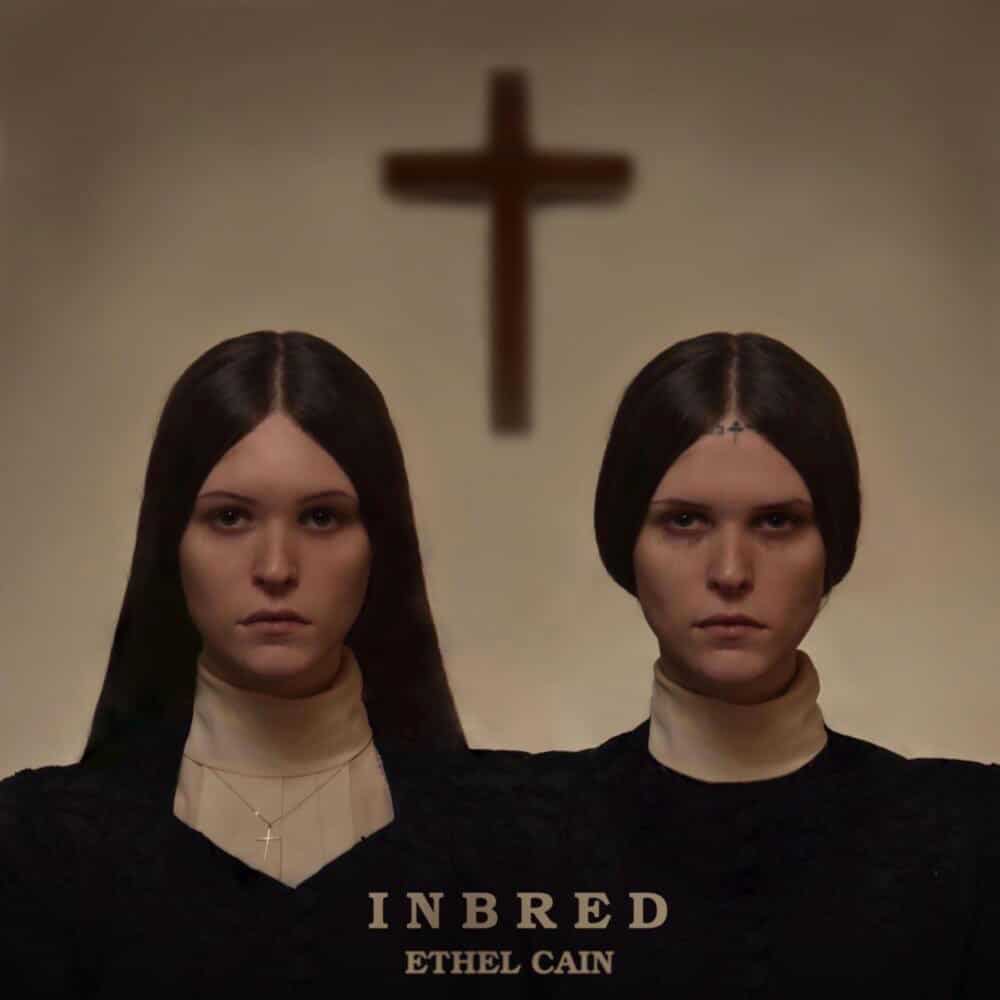 KK: Why Inbred for an EP name?

EC: In the same vein as the overarching theme for the debut record I’ve been tirelessly working on, I’m deeply engrossed in the idea of generational trauma and skeletons in closets. “The sins of the father” and all that. It’s where “Daughters of Cain” came from in the first place. The idea that something your great-great-grandfather did 100 years ago can still fuck you up; those deeply rooted issues in your family that never get resolved and are just further inbred into your bloodline with each generation, twisting and turning and contorting until it rips you all apart.

KK: You frequently showcase your sense of style on Twitter, varying between these gorgeous, long flowing dresses, very prim and proper sweaters, and more streetwear styled fare. Who’re your biggest influences when it comes to your look?

EC: Old ladies!! I love the 50s-70s-90s (from a strictly visual standpoint). I rotate between wanting to look like an extra from Dazed and Confused dressed in all cream, an angsty 90s teen who hates her parents, and that one old lady who sits in the front pew every Sunday who totally scares the shit out of you. I spent half of my childhood at my Mimi’s house growing up and I always wanted to be her when I got older. She had her wood paneling, her floral wallpaper in the kitchen, her knickknacks everywhere that we all knew not to touch without her permission, and pictures of my mother when she was my age that remind me very much of myself. Dream lifestyle all the way.

KK: In an interview with Underground Underdogs last year, you said Ethel is “the unhappy wife of a corrupt preacher”. How much of that do you think reflects in Inbred?

EC: That concept is going to be fully explored when my record rolls around but I definitely wanted to start setting the stage with Inbred. My record is a concept audiovisual album, the true Ethel Cain experience if you will, but I think Inbred is definitely introducing the themes of the record; malicious sex, anger, resentment, overall American gothic. It’s there in the cracks, and it’ll make all the more sense the day the record drops. All roads lead to the chapel haha. 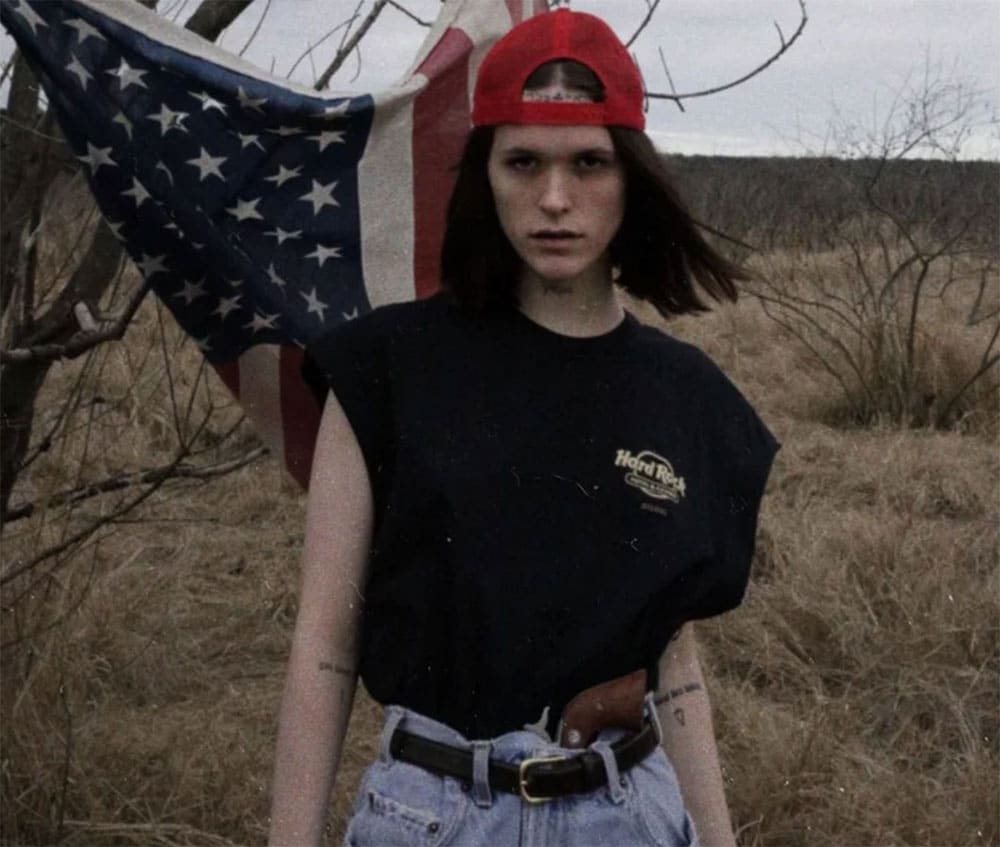 KK: For your newest track, “Michelle Pfeiffer”, you came out to Los Angeles for the first time to record with producer/rapper Lil Aaron. How did it feel to go out there and record a track like that?

EC: It was exhilarating! I’ll be the first to admit I can have a whole stick up my ass regarding my own music and image, I don’t really do humor and I definitely take the art a little too seriously sometimes, so it was nice to just make something fun for once. To just get in the booth, let loose, and make a pop song. It wasn’t even originally on the EP but after a solid month of listening to the demo and getting gradually more obsessed with it, I texted Aaron and I was like “can I please have this for the EP, it’s too good” haha.

KK: So much of your music but especially last year’s track-and-video “The God”, released on Halloween, has highly cinematic vibes. Who are your biggest influences when it comes to music videos? Have you ever wanted to record anything for a film – musical or otherwise?

EC: I actually originally moved out of my parents’ house to Tallahassee, Florida to go to FSU’s film school. I’ve always wanted to be a director and I fully plan on transitioning into it slowly through my music videos and visuals. The film school was too hard to get into so I just decided to make music to stay busy while I figured out my next move but I just wound up getting sucked into it. It’s why I started making music in the first place. My record is just a soundtrack/script for a film I don’t have the resources to create just yet. One day, though.

KK: Two of the biggest motifs in your music are the number two and the specter of religion. There’s the two-headed mother, the double-sided imagery of “The God” video, and frequent mentions of God, religions, preachers, and churches. What draws you to these things? 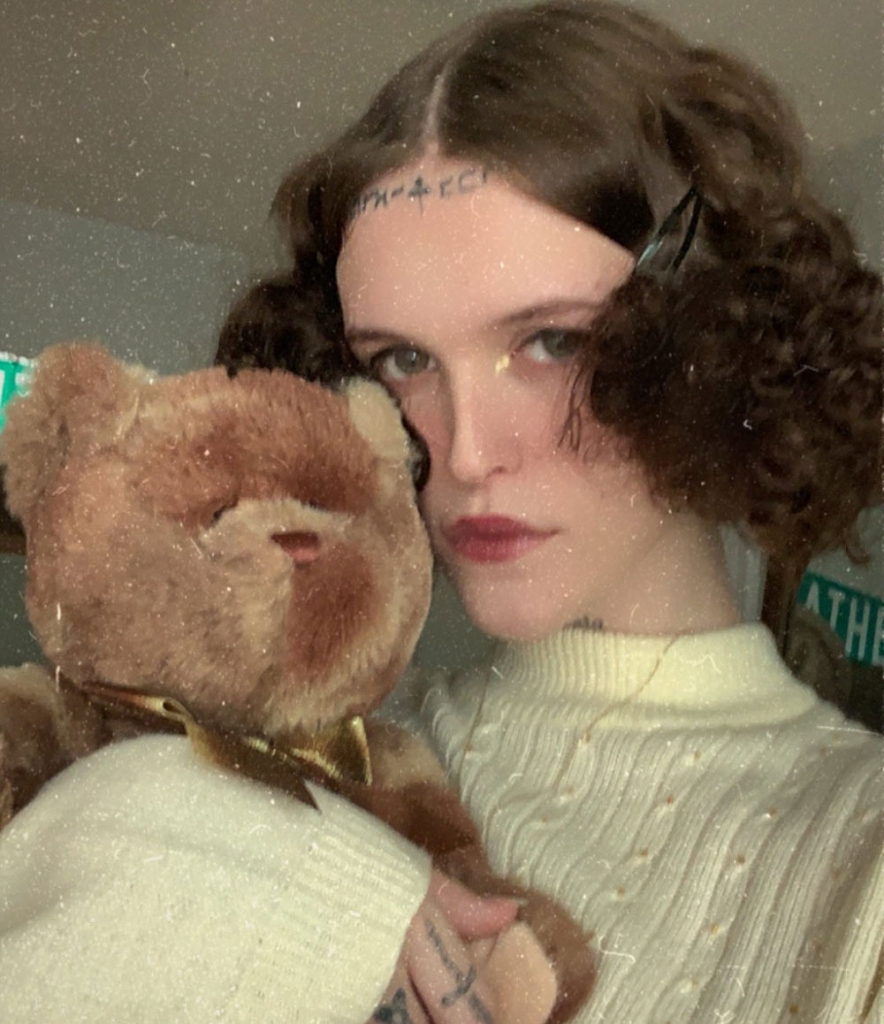 EC: I think everything is a dichotomy, right down to everyone’s own cliché struggle between good and evil. I grew up in an intensely devout southern Baptist church and it was a less-than-enjoyable experience. It really scarred me in a lot of ways but I’ve always been fascinated by the underbelly of “good” things. The church reminds me of a snake in a way; Promises of beauty at first sight but then you flip it over, see the yellow, and know it 100% has the potential to kill you dead. There’s a dark side to everything. Christianity is totally a cult but as someone fascinated by cults, it’s an endless well of inspiration. Ethel is how I stay on top of it and keep my foot on God’s neck. She’s in control of whatever comes her way and nothing can touch her that she doesn’t want. Maybe I’ll be that someday.

KK: You have a close connection to your fanbase, The Daughters of Cain. Has that had any influence on your music recently?

EC: Oh absolutely, I adore them. Social media kind of freaks me out but at the same time it’s such a nice way to connect with people who genuinely have an interest in what you have going on and what you’re creating. I feel like the word “fans” is so impersonal and dated. It definitely feels more like a family of people all going through the same thing and I feel very close to all of them. I lie awake at night and imagine us all in some big rural chapel out in the middle of nowhere just holding hands and singing at the moon. Total cult shit. I’d do anything for them.

KK: On January 1st, you put out the song “Fear No Plague” with a music video collecting snippets of home movies made by photographer/videographer PJ Adder and yourself from throughout 2020. What was your 2020 like and how did it feel, at the end of the year, to look back on that as you put the video together?

EC: 2020 definitely turned my life upside down. I left Florida for the first time, I got covid, I signed to my label, I moved into this crazy old church in Indiana, etc. I sat i