Special effects and tone drive the engine of this paean to cold war era sci-fi films, which started an award-winning career. 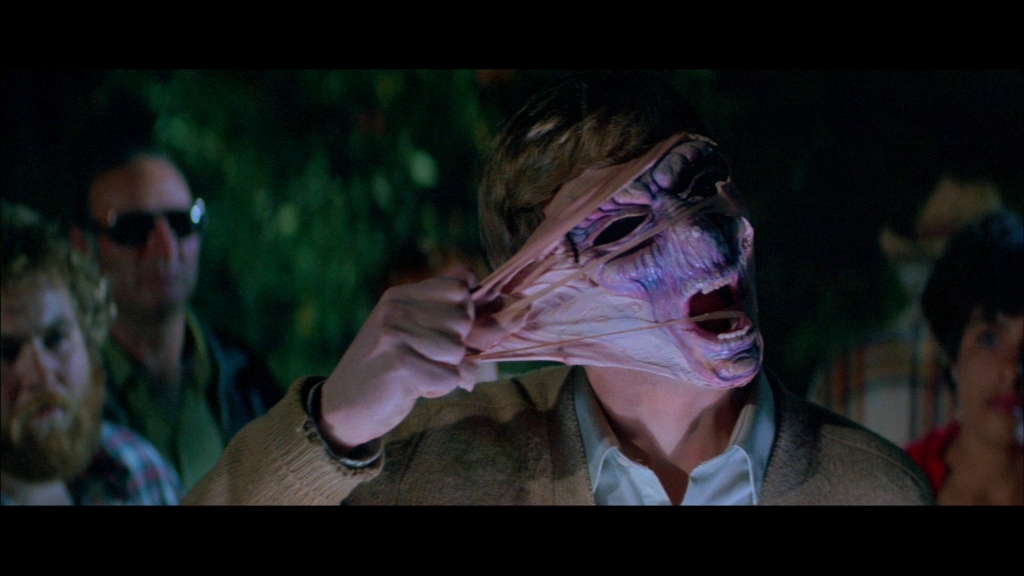 After his ex-wife goes missing Charlie heads to her hometown to find her and discovers an out of this world secret hidden amongst the rural time capsule. Let’s dig into 1983’s “Strange Invaders”, directed by Michael Laughlin!

The second installment in an unrealized trilogy, Michael Laughlin’s Strange Invaders is proclaimed to be a tribute to films such as The Thing From Another World and The Day the Earth Stood Still. The second screenplay from future award-winning Writer/Director Bill Condon (his first was Strange Behavior, also with Laughlin) who would later go on to fame with films like Dreamgirls (2006), if nothing else this film is proof that growth is possible.

Following a disassociated father on a journey that ostensibly says, “come get your kid!”, we journey with Charlie (Paul Le Mat) as he searches for his ex-wife in her hometown of Centerville, Illinois that he presumably has never been to before after her Mother’s funeral, who he somehow never met. Making the characters this aloof this early undercut my mental investment.

Thought there is an inherent campiness, it’s never full embraced.

The statement of homage comes across as an attempt to reduce the banality when you realize they had the budget and resources at their disposal to create a stylized demarcation between modern life and the world of Centerville which is locked in the 1950s aesthetically. Period cars and wardrobe wasn’t quite enough.

What pushes this film over the edge of mundanity and into the realm of horror are the special effects. Special Effects Make up Artist Brian Wades CV reads like a horror fanatics DVD rack – Friday the 13th Part VI, Critters 2, Gremlins 2, A Nightmare on Elm Street 4 – the skills were clear in this, his first credit. Especially effective was the body deflation when a human is changed into a floating blue orb. It’s gross out, it’s horror, and it’s fantastic. 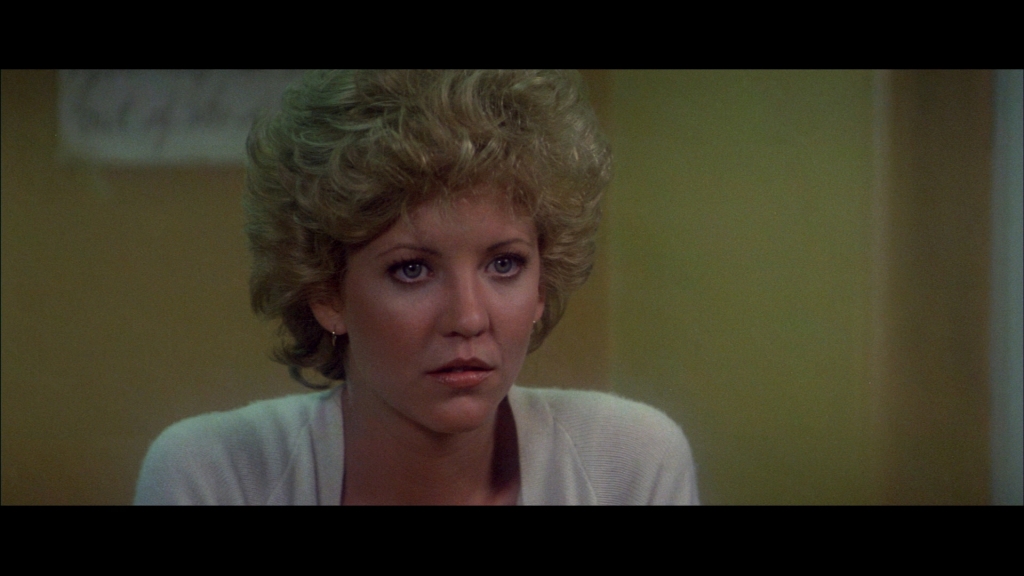 Louise Fletcher who plays “the government lady” is of course Nurse Ratched from Milos Forman’s brilliant adaptation of the Ken Kesey novel One Flew Over the Cuckoo’s Nest (1975).

The film does cast two actors who were prevalent in the era and genre they pay tribute to, June Lockheart (the 1965 series Lost in Space) and Kenneth Tobey (1951’s The Thing From Another World).

The filmmakers resisted the urge to include common clichés of the 80s such as nudity or extreme violence. They were able to recreate the wholesome sheath of the 50s and 60s sci-fi films. For better or worse, I make no proclamation. 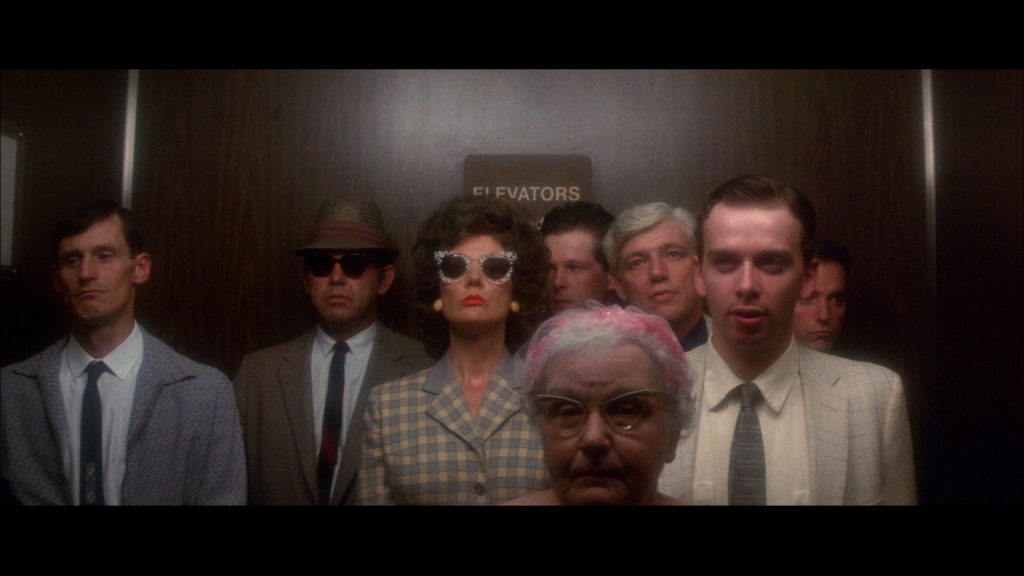 Even in traditional feminine attire, Nancy Allen maintains her vigor as if she were still wearing Lewis’s riot gear. She has a command of her beauty.

Itself derivative, I see little reason to dilute the content any further. Maybe Laughlin can finish the planned trilogy.

Screen Archives Entertainment released a limited-edition Blu-ray, or you can rent Strange Invaders to stream on Vudu.