My most anticipated short horror block at this year’s Final Girls Berlin fest, centered around queer horror, definitely did not disappoint.

The Final Girls Film Festival has been so packed with amazing film after film, and the Queer Horror block was just as exciting and great as one might expect.

The block featured a diverse collection of queer stories, including gay werewolves and vampires, dealing with queerness and religion, witchcraft, a couple struggling to get through an extremely racist town, a couple dealing with grief and loss, and even a monster love-making scene.

While all of the films were perfect for this block, here are some of our highlights. 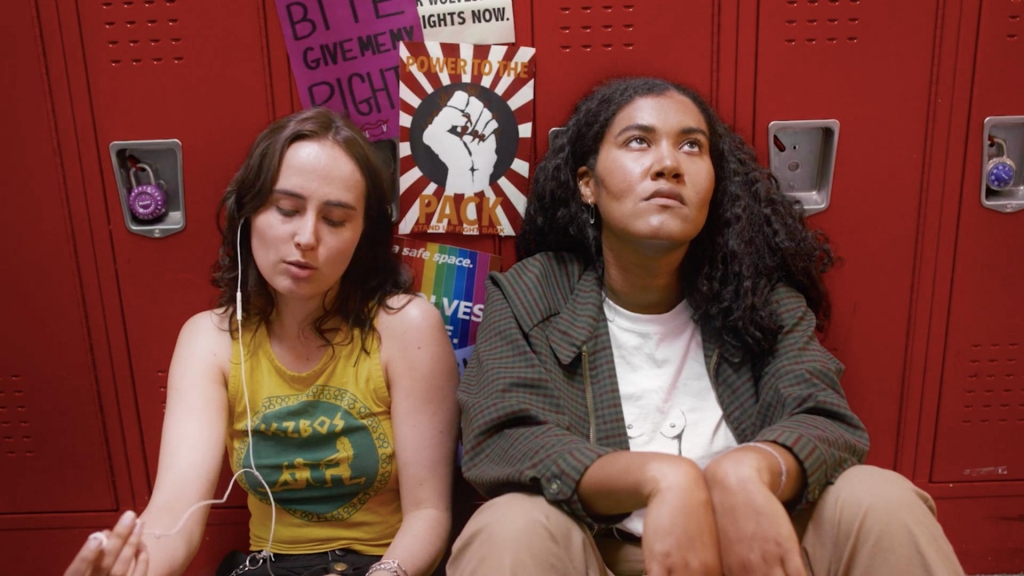 Gay Teen Werewolf plays with multiple elements, where a  young teenager, who also happens to be a gay werewolf, struggles with identity as she forms a crush on the school vampire.

Writer/director Andy Rose Fidoten combines silly horror tropes with a journey of self-love, all while exploring the space and dynamic individuals within a queer space.

Fidoten uses Gay Teen Werewolf to create an environment where being queer and a werewolf are normalized, and the students are able to examine their lives freely without the pressures of heteronormative society. After forming a crush on the vampire, the young werewolf experiences the heartache and self-realization of who she is and who her friends really are. 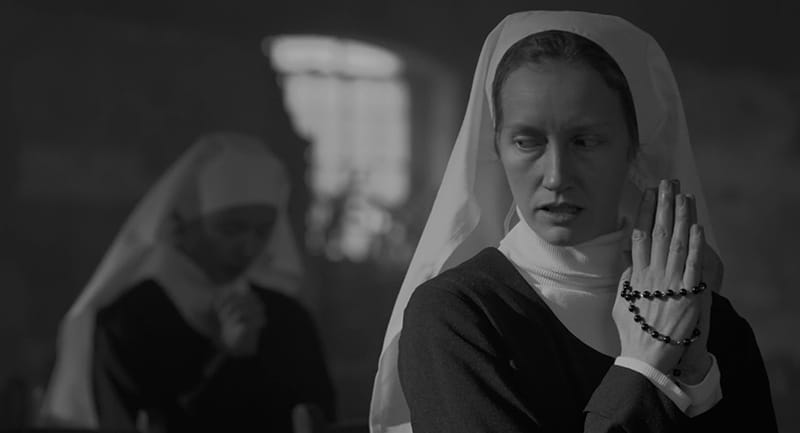 A psychological horror about a novice nun who develops a severe skin condition that continues to worsen along with her mental state as she struggles with her feelings for another nun.

Sister Jude (Loren O’Dair) sits in church dealing with a terrible Itch — and within moments it’s clear that it’s related to her attraction to Sister Agatha (Alexandra Dowling). Sister Jude knows she’s responsible to keep any physical desires (especially gay ones) to herself, so her skin condition only worsens the more she fights it.

Eventually finding a place to expel her feelings in hopes of soothing her terrible Itch, Sister Jude makes some terrible decisions while trying to appease the expectations of her church.

Susannah Farrugia writes and directs this tragic film, using storytelling that understands religious expectations and ties them to the pain that can sometimes come with queer identity. 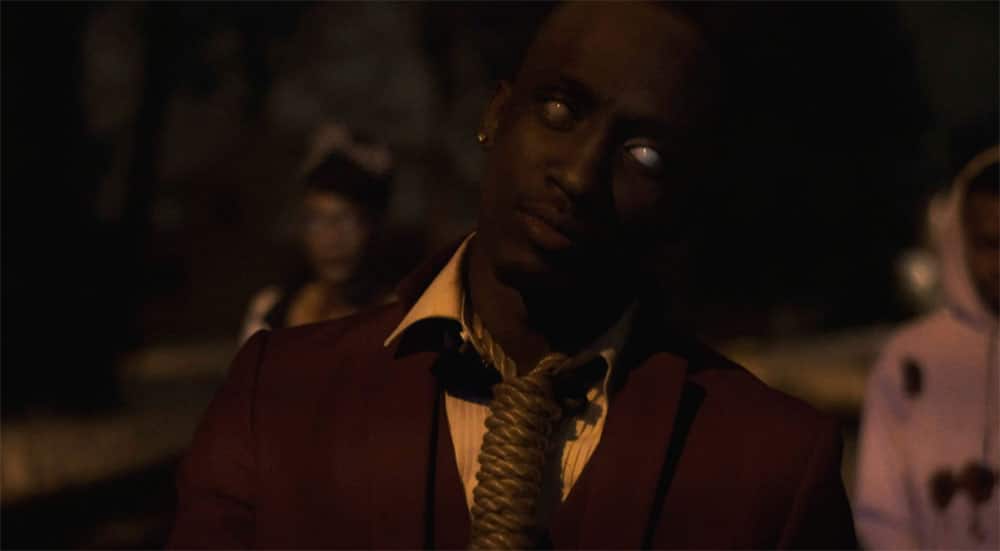 Two travelers must survive the night when their trip home from a holiday vacation unexceptionally turns into their worst nightmare.

Mylo Butler directs and co-writes with Jada Lewter this, unfortunately probable, scenario of a young couple trying to get through a dangerous town on their way home.

Sundown Town opens with some pretty nature shots of landscapes and a large body of water, paired with some upbeat music, but as the title rolls onto the screen, it’s evident that this is not going to be an upbeat kinda film.

Bryce (Tashan Thornton) and Mitchell (Michael Haggerty) are traveling from California to New York, but as it turns out, they aren’t even safe in their own vehicle. They stop in a small town for gas and Bryce, a young Black man, is immediately eyed by one of the locals, clearly not appreciating his presence.

Bryce then sees the ghost of a Black man with a noose around his neck, showing the type of treatment he can expect in this town that they definitely need to get out of quickly. As they’re on their way out, just when they might be in the clear, they are pulled over by a cop.

The cop lets Bryce know that his expectations of this town are correct and they shouldn’t feel comfortable or safe. This town is full of racist murderers and Bryce is faced with becoming another one of the ghosts.

Luckily, the cycle gets interrupted, making Sundown Town a refreshing look at racism and Black characters in horror. 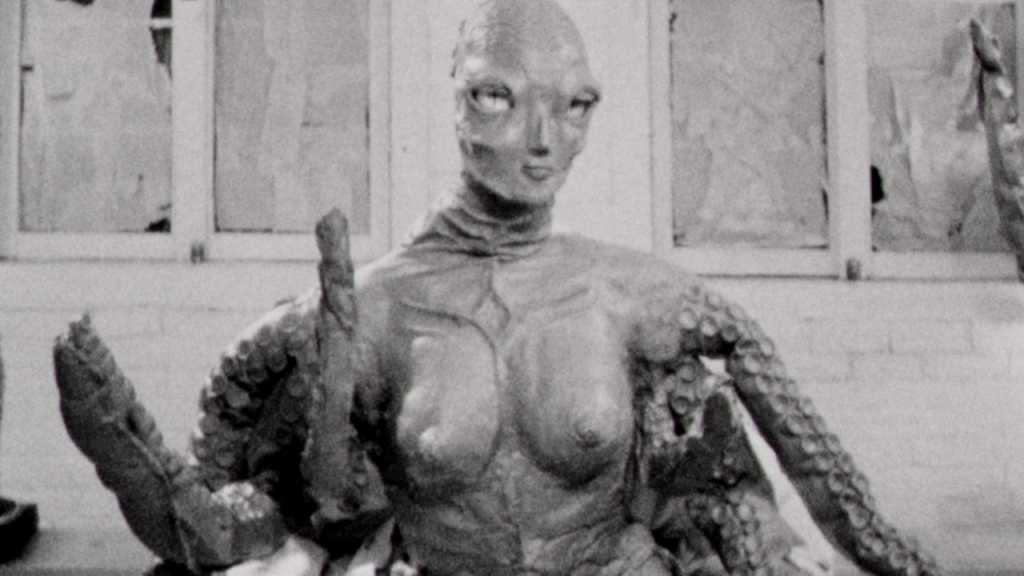 A transgender sculptress who is unhappy with her experiences dating men has a lesbian awakening when a monster sculpture she is making comes to life and rocks her world.

Wrapping up the evening with some sci-fi romance, MonsterDykë is about a transgender woman attempting to find a date with no luck. Luckily, her monster sculpture is about to come alive and show her she doesn’t need any man.

The events that follow are…definitely interesting — and honestly, impossible to look away from. The claymation love scene that takes place is bizarre yet entertaining, and maybe even a little sweet.

Written and directed by Mariel Sharp and Kaye Adelaide, Adelaide starring as the sculptress, MonsterDykë uses black and white grainy shots and puppeteering to make this very strange, yet very fun mashup of a film.