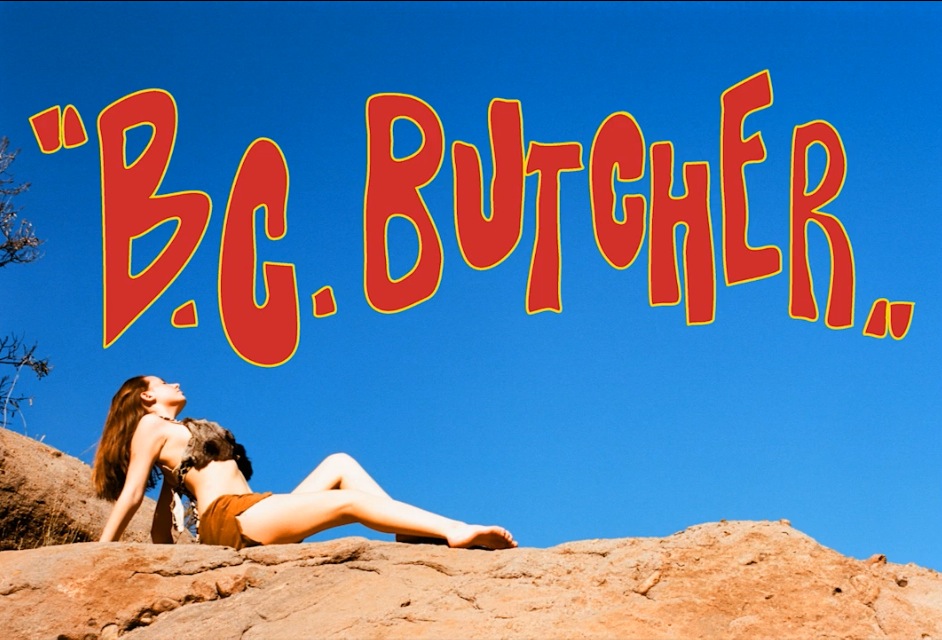 Synopsis: After a group of contemptuous cavewomen torture and kill one of their own over a romantic betrayal, a disfigured loner, known only as The Butcher (Dwayne Johnson (not The Rock)), discovers and falls deeply in love with the mutilated corpse. He proceeds on a bloody path of revenge, picking off the sexy murderers one by one.

Let me start off by saying that I have a young son who dreams of being a filmmaker, especially in the horror genre. And, like many people seeking out this movie, I’m intrigued by the tender age of the director and highly impressed by her ability to make and, more importantly, gain distribution for a feature length film.

It’s tempting to say that B.C. Butcher is a surprisingly well-made and highly entertaining film for a teenage first-time director. But let me clear that such a description does a disservice to what has been achieved here. Because, while that statement may be very true, it fails to account for the fact that this would be a movie well worth watching even if it was made by a much more seasoned director.

B.C. Butcher was directed by Kansas Bowling, who also co-wrote the script along with Kenzie Givens, when she was just seventeen years old. She was able to raise the funds needed to make the film through a wildly successful crowdfunding campaign. While that alone is quite the achievement, Bowling was able to achieve something even more remarkable. Her directorial debut caught the attention of Troma Entertainment, a legendary producer and distributor of cult films. Thanks to Troma picking up the film, B.C. Butcher has a great chance at finding what eludes so many other brilliant but unknown independent films — an audience. 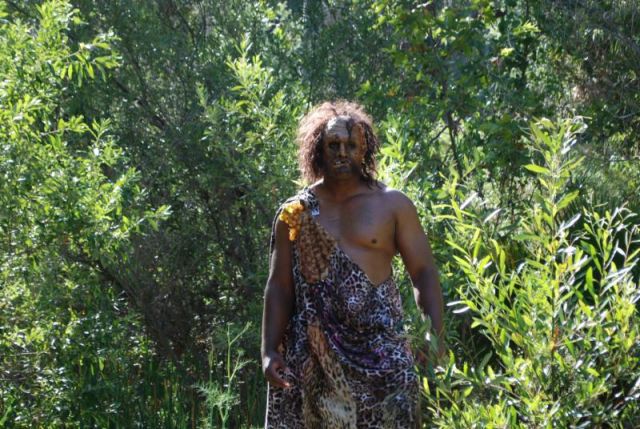 I’m a huge fan of Troma films, but I’ll be the first to say that I go into those films having pretty clear expectations for the type of film I’m going to get. Most films are pure campy schlock — extremely low budget affairs with a crude sense of humor, plenty of nudity and gore, very low production values and an intentional “so bad it’s good” vibe.

With Troma’s extremely campy reputation and the novelty of being made by such a young writer/director, I went into this film with very low expectations. But I was more than pleasantly surprised. This is definitely intended to be a fun, silly, campy film. But it’s camp done right, with an irresistible charm and likability that elevates it above its B-movie status.

B.C. Butcher exudes a sense of playfulness and tongue-in-cheek humor that makes it a joy to watch. The acting is intentionally over-the-top, but the performances are solid and perfectly appropriate for the tone of the film. The premise is as silly as you’d expect, but the dialogue is witty and the script surprisingly clever. The short run time makes this a very fun and fast-paced watch that never drags or falls flat in any parts.

The film boasts a female director and a predominantly female-driven cast, which is always encouraging to see — especially in the heavily male dominated genre. The cast is composed of several up-and-coming actresses, who show off respectable acting chops while fully embracing the film’s campy heart. 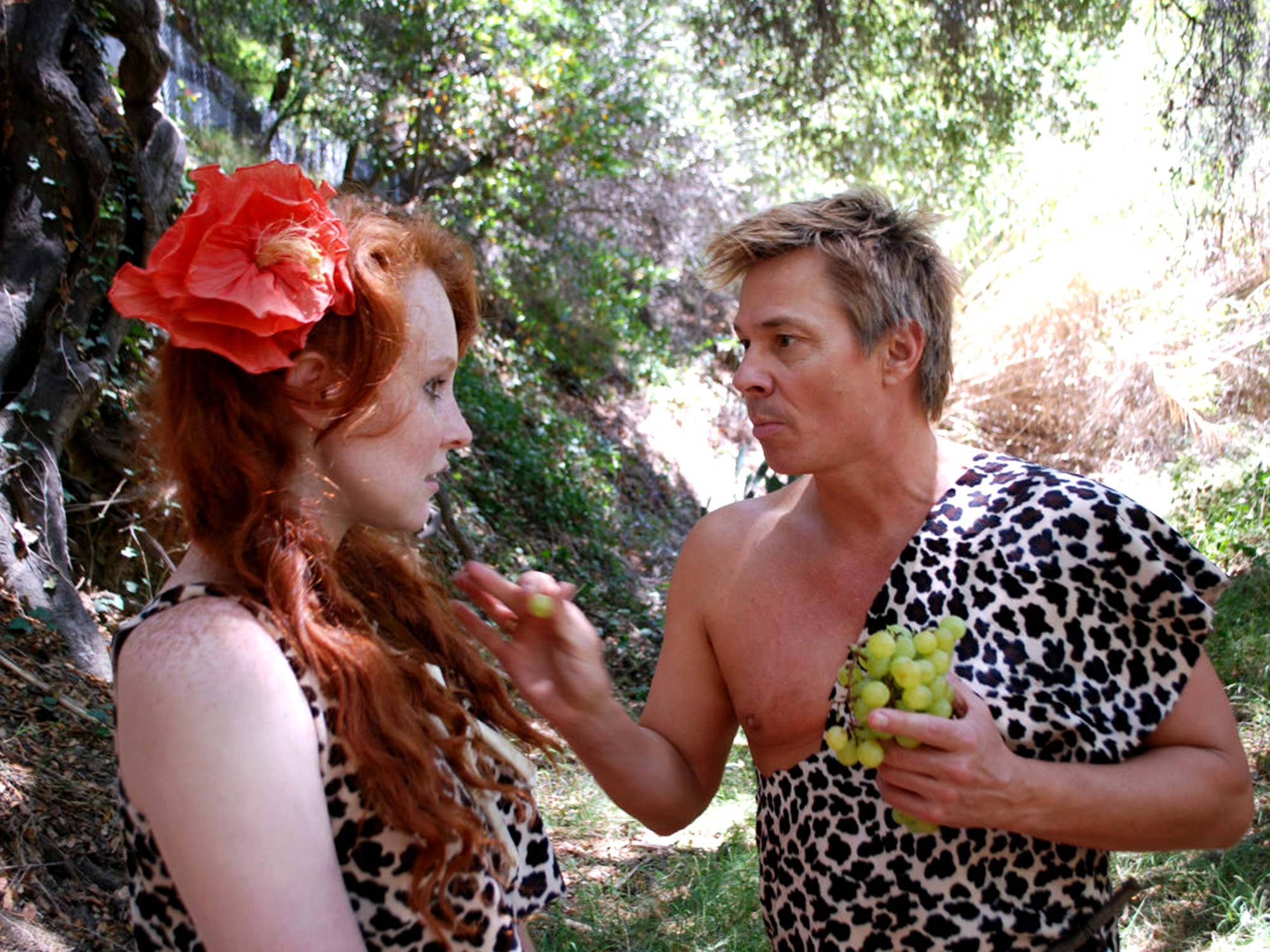 As one of the very few male leads, Kato Kaelin delivers a brilliantly nutty performance that is hard not to love, playing a clearly gay man that somehow manages to steal the hearts of all the female clan members. He “woos” the ladies in a painfully unromantic fashion that makes the ridiculousness of the premise laugh-out-loud funny.

The film is quite well shot and produced for such a low budget affair, and Bowling shows tremendous promise as a budding filmmaker. B.C. Butcher also features a perfect punk rock soundtrack from The Ugly Kids, adding to the film’s undeniable appeal. 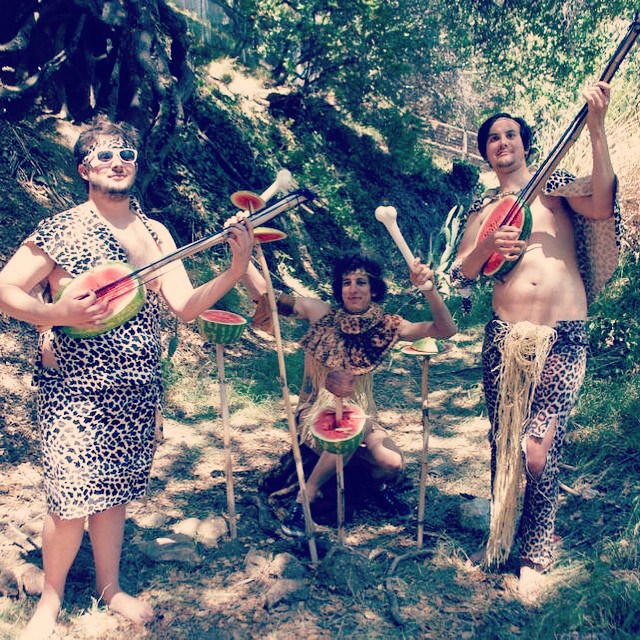 B.C. Butcher is currently available for on-demand viewing via Troma’s new streaming network, Troma Now, and it’s slated for DVD release later this year. Be sure to check it out!

There’s a lot to love about B.C. BUTCHER, and it definitely delivers on its campy premise and B-movie charm. If you’re a fan of these types of films, this one should not disappoint. And at just 51 minutes, it’s a fast and exceedingly fun watch that is definitely worth your time.