A behind-the-scenes look at what it took to create the opening mythology sequence for Adam Green’s “Victor Crowley” in time for the surprise screening. 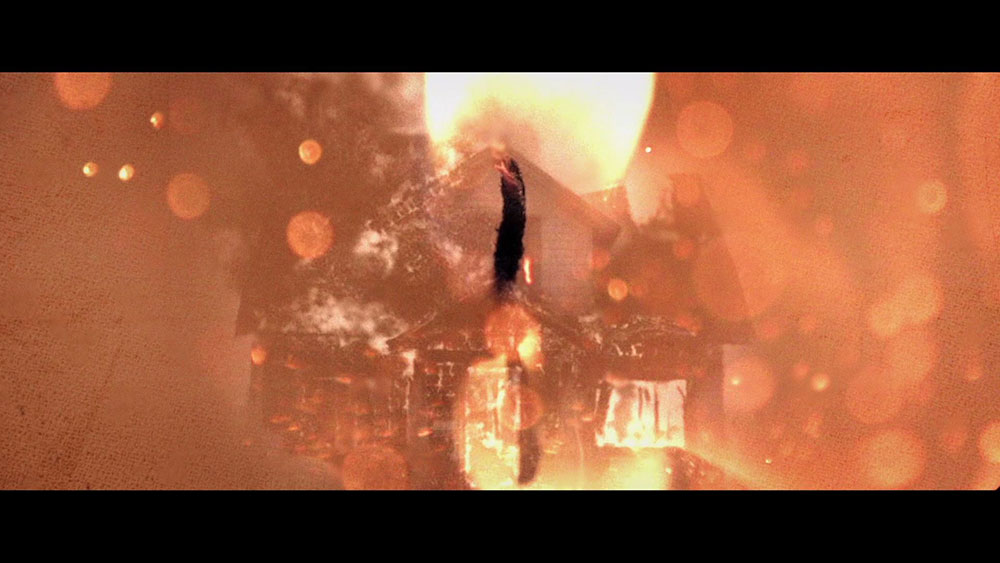 The pressure is on. It circulates from my fingers down to my toes. My nerves are made of straw and the butterflies have awoken and are flapping around inside my gut. Today, I am nervous, but also super psyched.

I had first heard about Hatchet over 10 years earlier, when I saw the teaser trailer on the Behind the Mask: the Rise of Leslie Vernon DVD. The trailer for this new slasher promised, “The Next Icon of Horror.” Such a bold statement, but at the same time, incredibly intriguing — and for me, it lived up to the promise.

That promise had birthed two sequels, with a third currently in labor — but time was running out.

At the speed of a helpless victim running away from Jason Voorhees (albeit, less clumsily), I was powering through visual effect shots: Makeup enhancements, blood elements, flares, sparks, etc. The entire team was working incredibly hard. We had a tight deadline to hit. The movie was going to premiere in a few short weeks, on August 22, at the ArcLight Cinema in Hollywood.

This wasn’t just any screening. 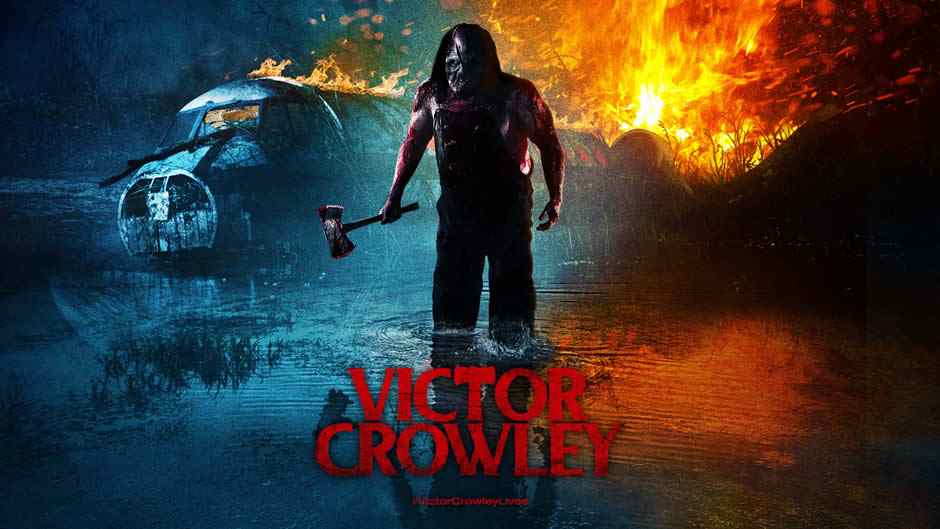 It was strategically kept a secret, and the fans who were coming to see it were under the assumption that this was the 10-year celebratory showing of the original Hatchet. They were going to be blown away!

If we could finish the movie on time…

One piece of the film that still needed to be completed was the opening sequence, featuring the mythology behind the movie’s infamous killer. Apparently, the original artist that was tasked with making the sequence fell off the grid, leaving the team to find someone else to quickly take the reins. Adam Green, the director, asked if I was interested. Without hesitation, I accepted the opportunity. I was worried about making something that, as a fan of the franchise myself, I would be pumped to see. Even though I was nervous, I was just as equally thrilled. 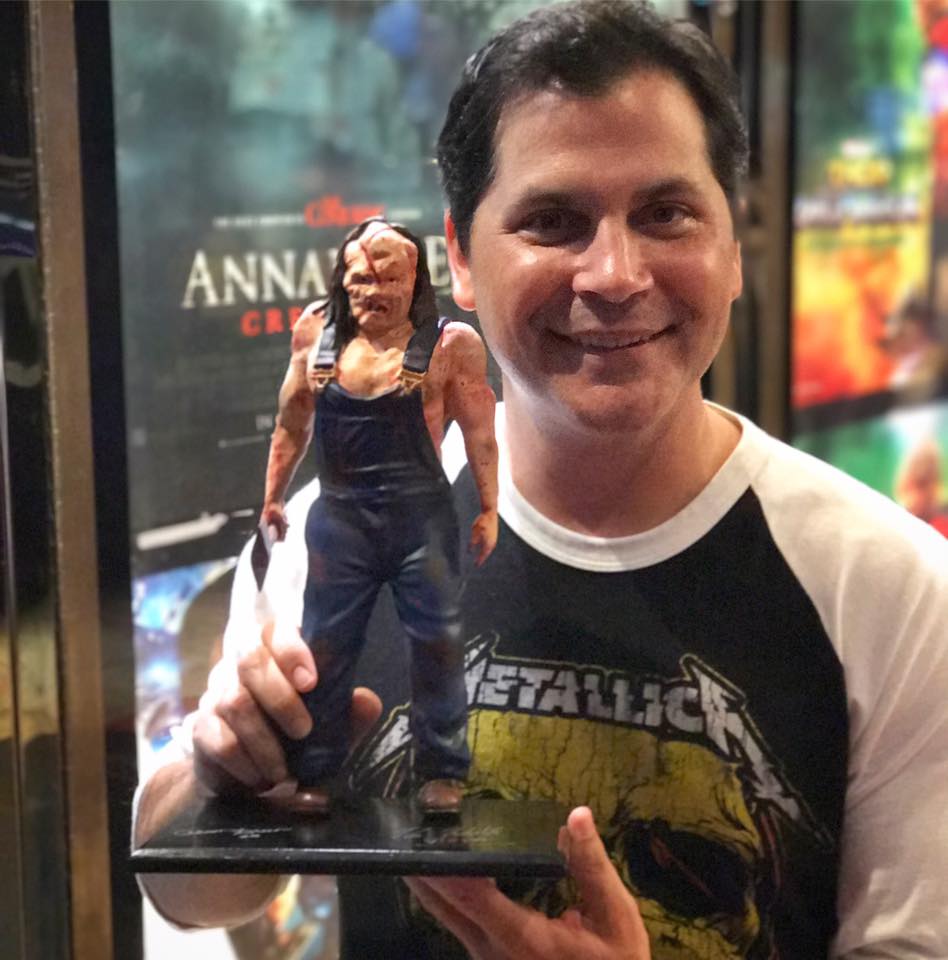 One of the best parts about working with Adam is how collaborative and trusting he is — never afraid to see what kind of crazy will come out of my head. The Editor of the film, Matt Latham, had excellent notes as well throughout the process, whether they were for the VFX or the opening sequence. One of the initial ideas Adam had involved loads of blood and gore, which is the peanut butter and jelly of the Hatchet franchise.

But because Adam wanted Victor’s backstory to be tragic and sad, we went down a different road, one that wasn’t splattered with intestines and brains. Okay there was still going to be some of that, but it would be “classy” gore.

To start, I was sent dozens of images — mostly grotesque in nature, of course. Then Adam wrote all kinds of detailed articles that chronicled the deaths of the people at Honey Island Swamp. I was told to obscure them and layer them so they couldn’t be easily read, since the point wasn’t to actually read all the information. But because of Adam’s deep understanding of his rabid fan-base, he knew that he needed them to not only make sense, but they needed to actually add depth to the mythology. 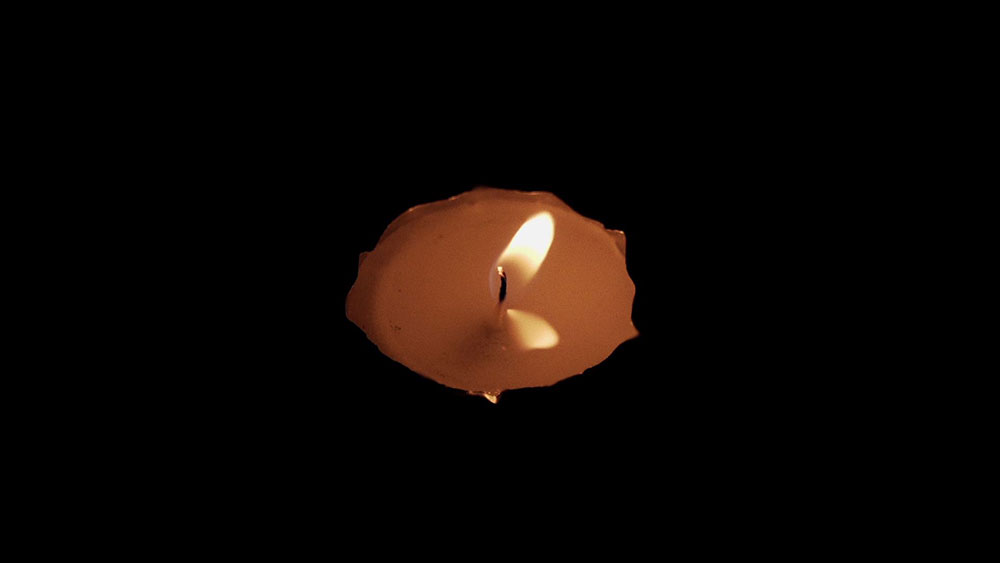 Priority number one for me was hitting the emotion right.

If there’s no emotion, there’s no point. It’s crucial. I knew I had to get away from the fun-filled gory concept but wasn’t sure how to go about that. Then, while I was racking my brain, it hit me. A mourning candle! This would symbolize the tragic loss of Victor’s life, as well as the flame itself being an important image from the accident. And logistically, it allowed me to place the images inside the candle. 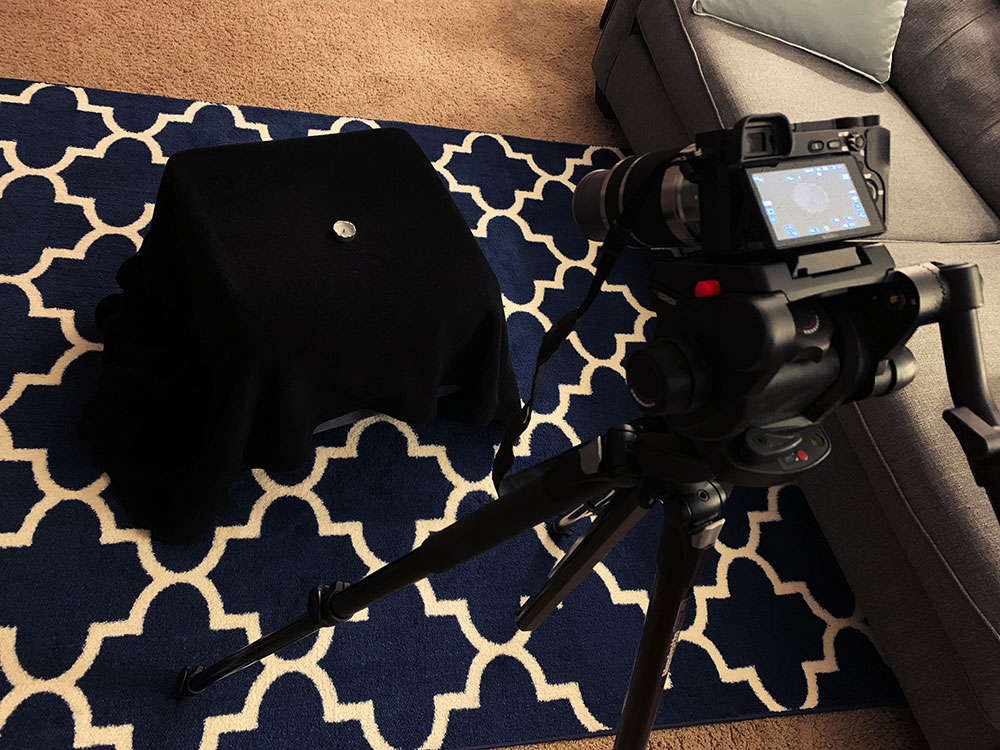 Setting up the shot in the studio… Or my living room, hard to tell from the picture.

I grabbed a candle and crinkled the outside, that was made of tin, to add some wicked jagged edges. I then shot it in 4K with my Sony a6300, while it sat on a box that was draped in black. As you can clearly see from the picture above, no expense was spared! I was sitting just outside the frame of the shot, blowing sporadically on the flame (mimicking an eerie wind), so it had some dramatic movement to it. 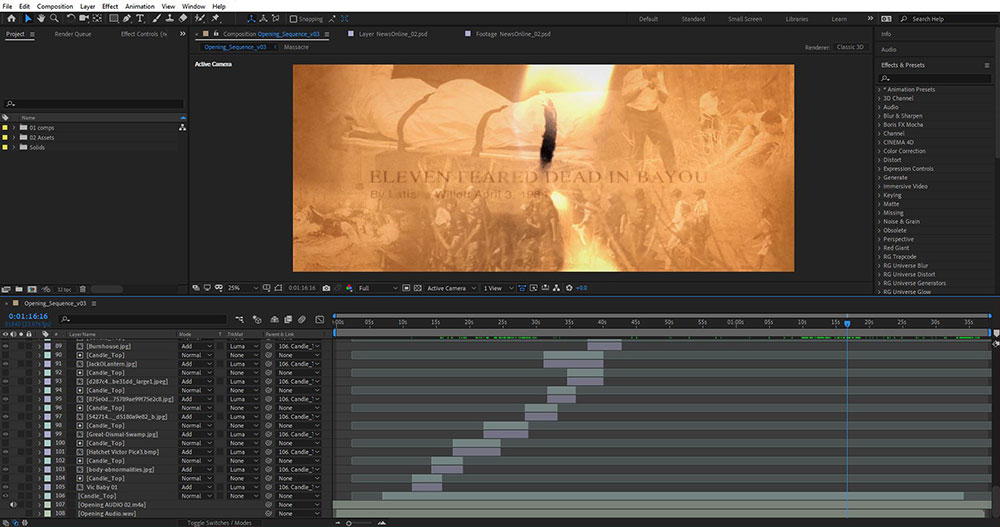 Onto the fun nerdy stuff!

After shooting the candle, I brought the footage into After Effects for all of the digital effects. This is where the real work began!