At an early stop in the Victor Crowley road show, Adam Green proves why he’s one of the most inspiring and beloved modern filmmakers — and my horror hero. 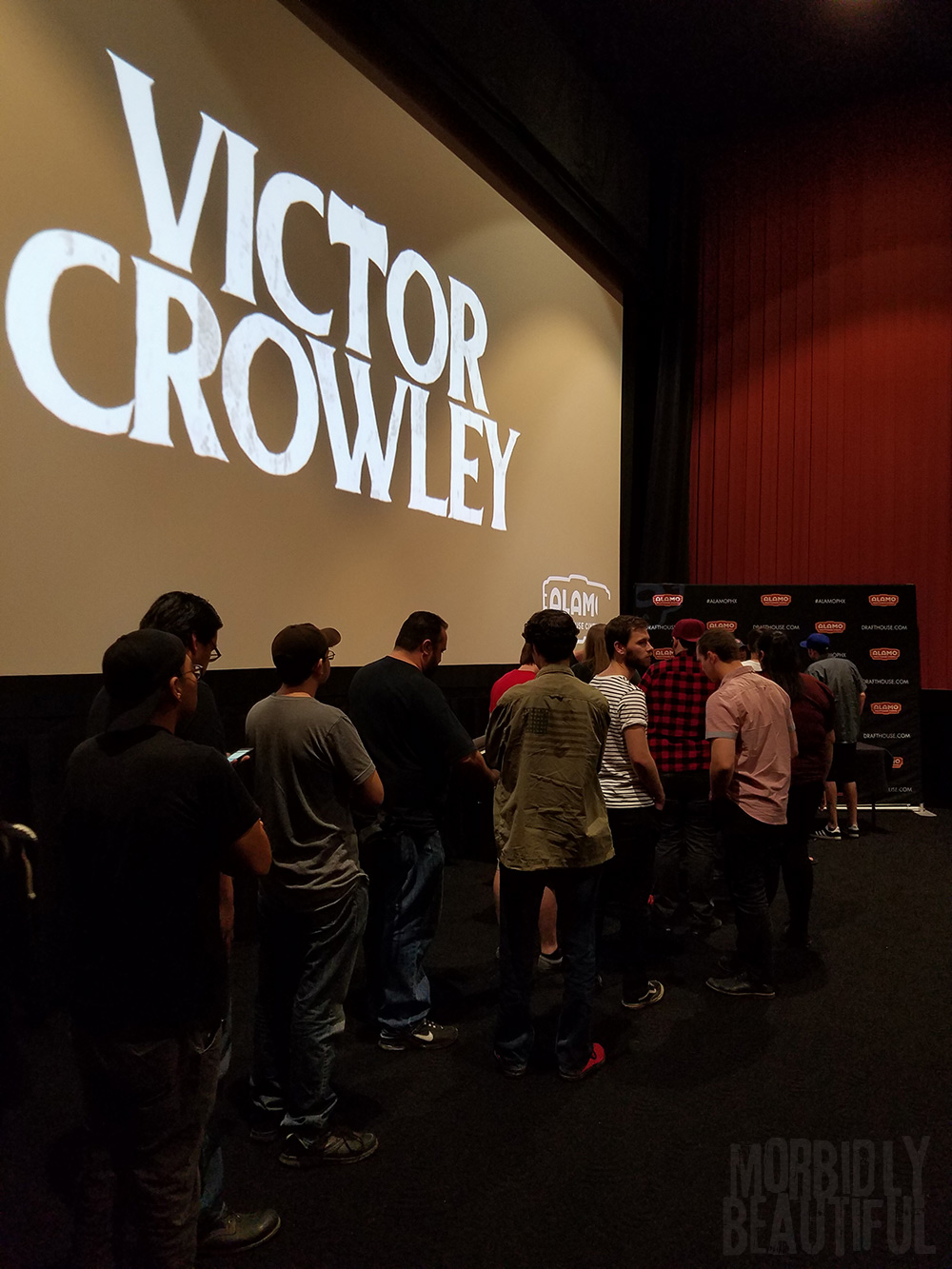 On Thursday October 5th, at the Alamo Drafthouse Cinema in Phoenix, Arizona, Adam Green made his fourth stop on the ‘Dismember America’ tour featuring his next installment in the Hatchet franchise. Fans lined up inside the venue, excited to hear the filmmaker speak and be a part of this anticipated theatrical tour.

It took two years to complete in secret the Victor Crowley film. Originally dubbed ‘Arwens Fancy Dinner’ then later ‘Arwens Revenge’ to continue the clandestine operation, Green, along with his cast and crew, was successful in pulling off one of the biggest surprises in Horror history.

On August 22nd, fans made their way to Arclight Cinema in Hollywood to attend an event billed as a ten year theatrical anniversary celebration of the original Hatchet film. To the delight of many, the fourth film in the popular Hatchet series, Victor Crowley, was secretly premiered instead. 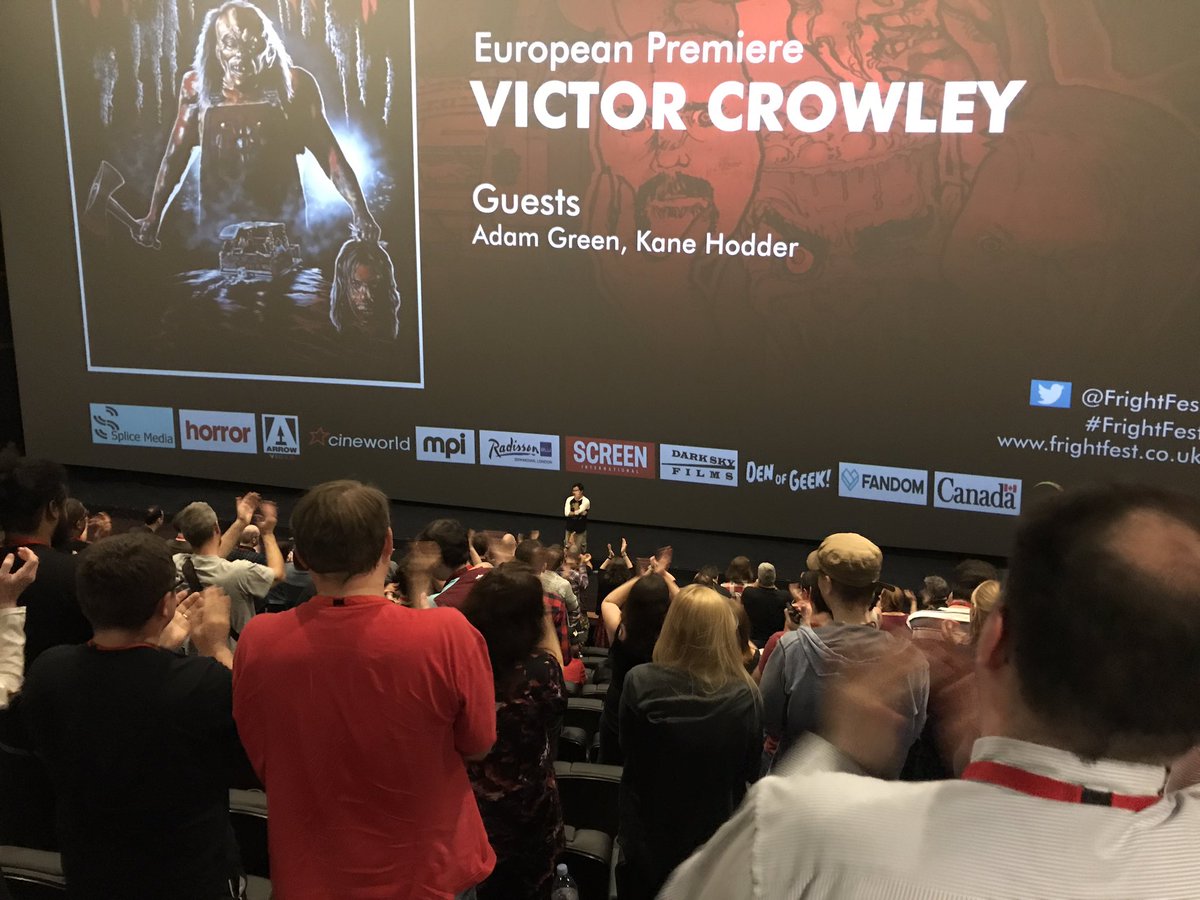 The film then made its way to Frightfest UK in London, where it played to a packed crowd on August 26 as part of a five-day festival appearance with Kane Hodder (Victor Crowley himself). In only the second time in Frightfest UK’s 18 year history, a standing ovation was received for Green’s new film.

Boasting an impressive cast of genre legends, and again utilizing the practical effects wizardry of Robert Pendergraft, Victor Crowley was exactly what I hoped and wished for.

The familiar sounds of Honey Island Swamp and a child’s voiceover (a nod to Green’s teaser trailer for the original Hatchet) welcome viewers back into the world of Crowley.

The film opens with laughs, promptly followed with a bloody double death in 1964, staying true to Hatchet-like form. Flash forward several years, ten years after the last massacre in the southern swamp, and the sole survivor of multiple encounters with Victor, Andrew Yong (again played by Parry Shen) faces hate and ridicule amidst speculation that he himself, is in fact the Bayou Butcher, despite being cleared from law enforcement.

While embarking on a national book tour and making numerous television appearances in support of his claims that the slaughters within the swamp were at the hands of a supernatural killer, Andrew briefly encounters Chloe (Katie Booth), a fledgling filmmaker who wishes to cast Yong in her indie film inspired by the killings in the Bayou.

Alongside her boyfriend Alex (Chase Williamson) and best friend and makeup artist Rose (Laura Ortiz from Holliston), Chloe leaves feeling defeated in her efforts when Andrew is quickly led away from his book signing by his agent Kathleen (the amazing Felissa Rose).

The character of Kathleen is hysterical, spouting off her dialogue in a Northeastern accent which was not difficult for Felissa Rose, a N.J. native, to produce. The promise of a shit ton of money reluctantly entices Andrew to agree to revisit Ground Zero of all the carnage he witnessed in the past. So Andrew Yong, his agent and television crew in tow, make their way to Louisiana.

As Chloe arrives at Honey Island Swamp with Alex and Rose to meet dimwitted tour guide and self proclaimed actor Dillon (Dave Sheridan), things quickly get down to bloody business. It’s the wrong place at the wrong time for each of the groups, as an unexpected catastrophe links the two on Victor Crowley’s home turf.

The rules, which in the past have limited Crowley in ways, no longer exist in this installment — creating a portal for potential additions to the franchise. 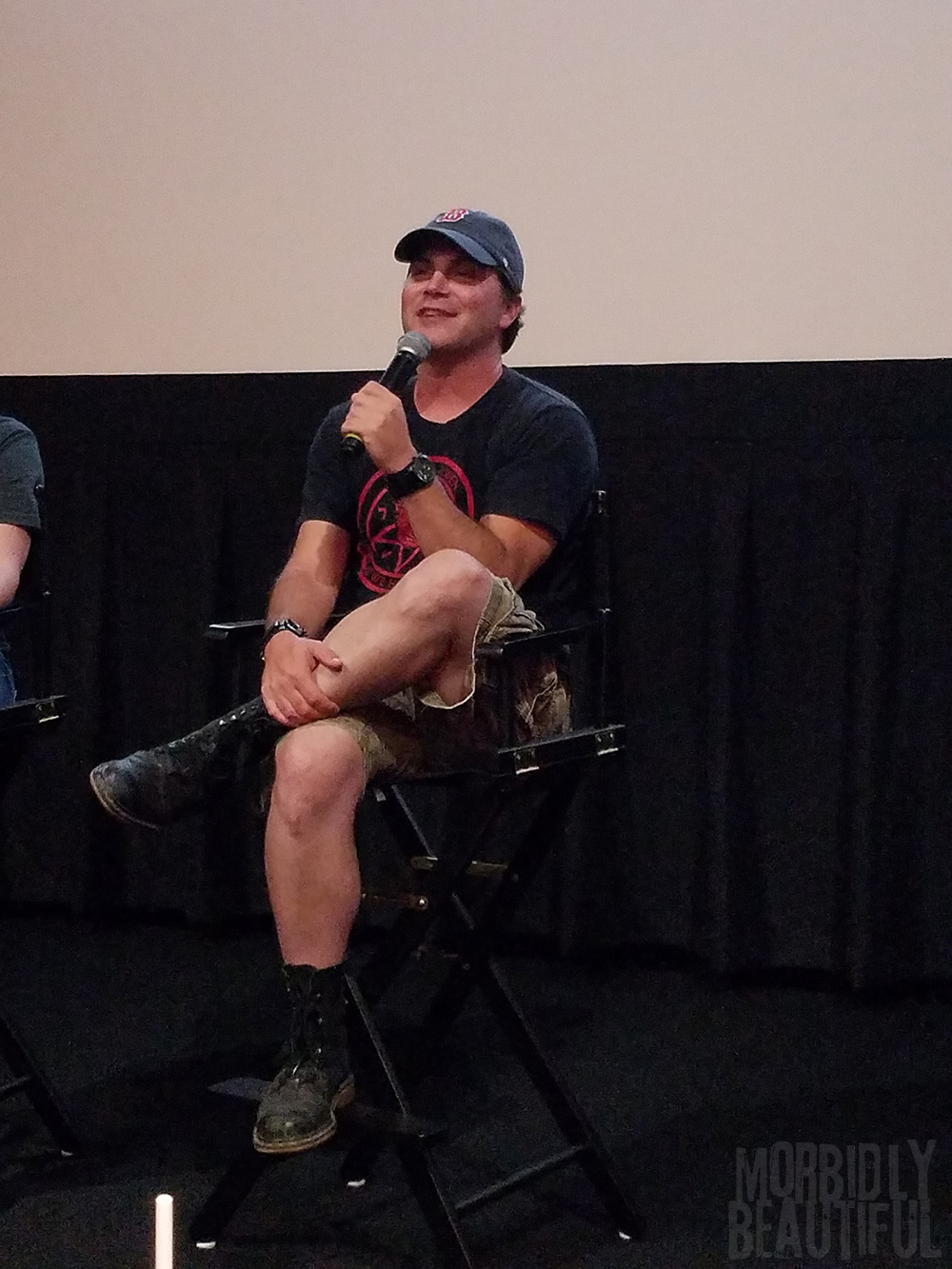 “I would love to make two more” said the filmmaker during the Q&A after the Arizona premiere. I hope this happens, because Hatchet came to help save Horror, but illegal downloads and streaming are hurting our favorite directors — hurting Horror. Adam went into length discussing this issue, and it’s dire consequences. If we all want more from a variety of movie makers, we need to step up as a fan base and support our beloved creators and genre.

Any fans of Adam Green’s and Alex Pardee’s monsters in Digging Up The Marrow, starring Ray Wise from the legendary Twin Peaks?  Well, that particular film was swiped illegally in unprecedented numbers, probably giving way to us never being able to see the sequel Green and Pardee already had planned out. Such an inventive story, which was incredibly successful with fans and critics alike, has possibly been sabotaged by such actions. 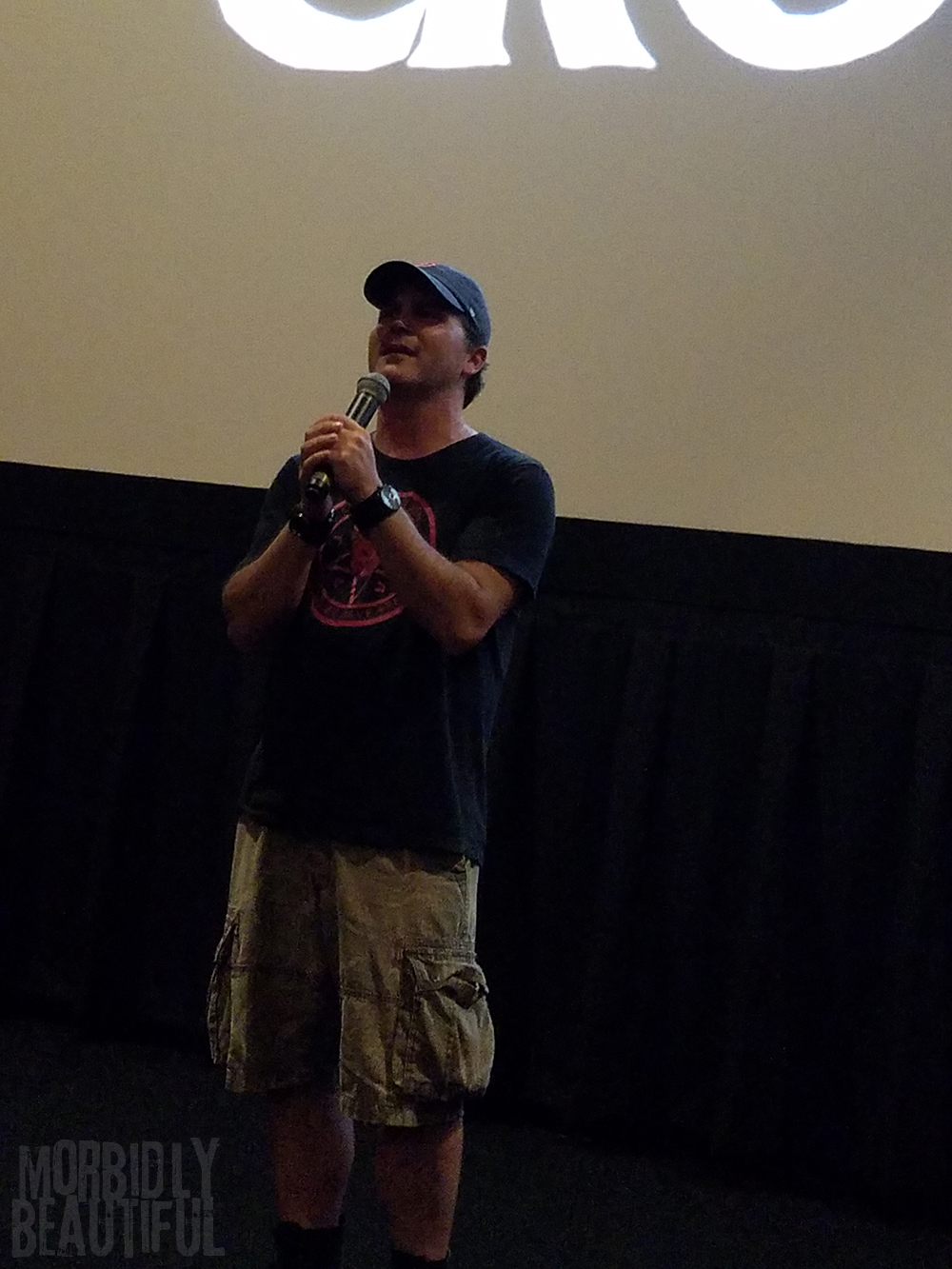 Instead, talks are being initiated to see if a graphic novel or comic could suffice as a sequel. Literally, tears come to my eyes when I see filmmakers suffer monetarily and creatively due to illegal acquisitions of their brainchilds.  If you’re a fan, you should support properly, period. But I digress.

VICTOR CROWLEY is full of what the Hatchet Army seeks. You could possibly make a drinking game out of all the references made from previous Green projects and cameos during this latest addition from the filmmaker. Adam wrote most of the parts specifically for individual actors, believing in their abilities and presence, what they could offer the film and prove to themselves.

I was just waiting for an opportunity to let Laura Ortiz shine, and she did just that with her significant role within Victor Crowley. Kane Hodder again dominates as the supernatural killer, and Tiffany Shepis really steps up her game for her role. 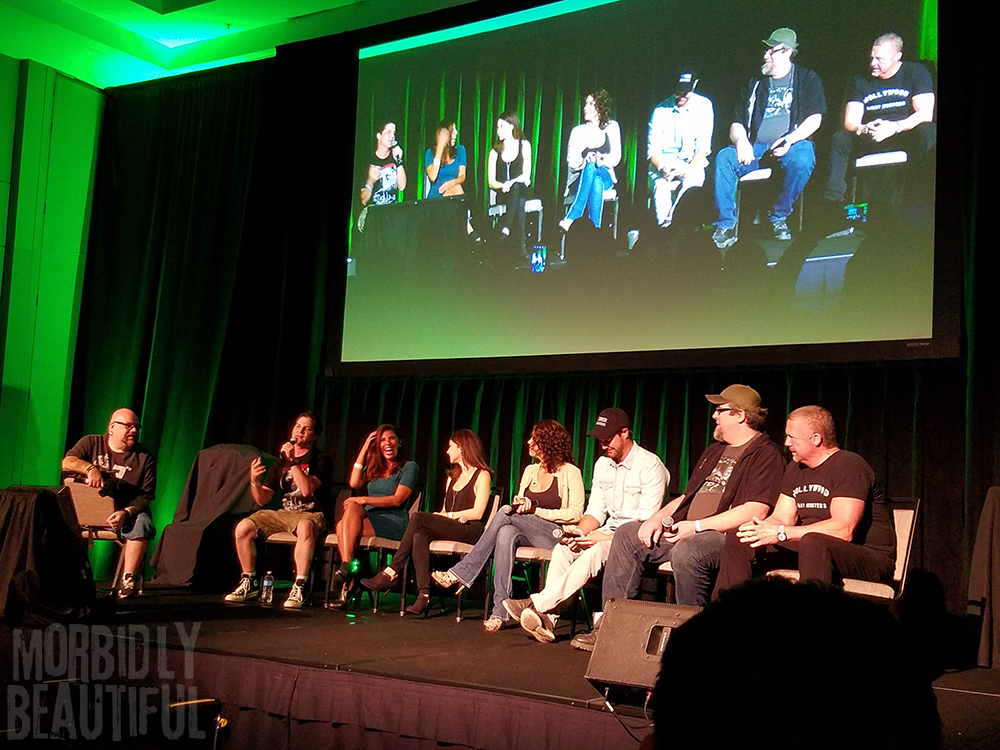 When I was fortunate enough to attend the Victor Crowley panel in Burbank, CA at Son Of Monsterpalooza a few weeks ago, I  wasn’t sure exactly what the cast was referring to when they mentioned, “Shepis had it the worst, we had no room to complain.”  After watching, I now understand what they meant. She must’ve been such a trooper!

Tiffany Shepis, as well as the rest of the panel members, were so enthusiastic to meet fans that weekend in Burbank. She even approached Con goers waiting in line the Sunday morning of the panel, engaging wi