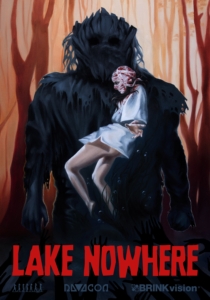 80s horror homages are red hot right now and, with the recent runaway success of Netflix’s original series The Stranger Things, don’t expect that trend to die down anytime soon. As with all popular cinematic trends, over-saturation means there’s plenty of mediocre and uninspired sludge to wade through.

However, LAKE NOWHERE manages to truly shine amidst the clutter, with its spot-on nostalgic charm that harkens back to the best of the golden age of slasher films. 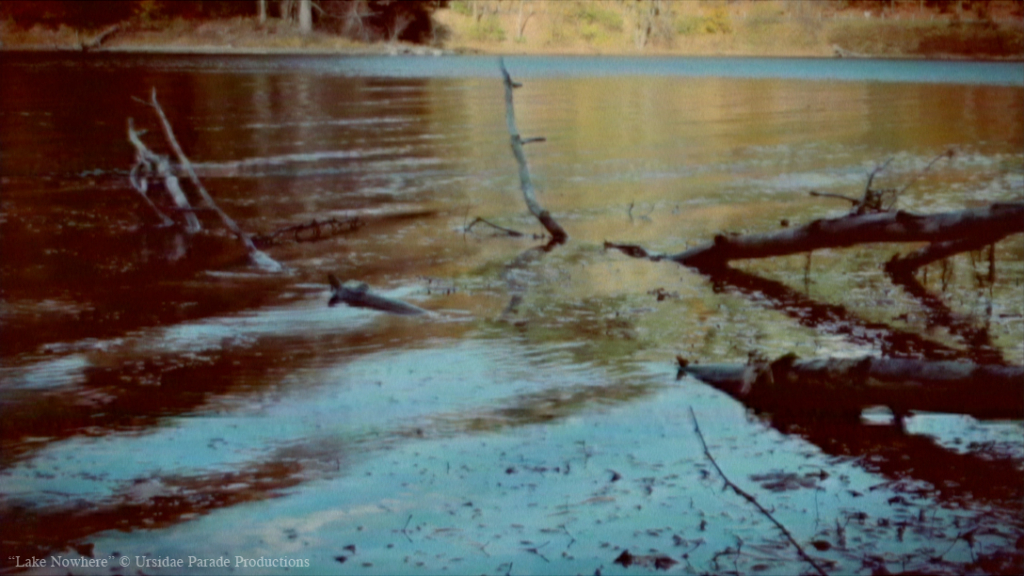 I recently had the pleasure of screening LAKE NOWHERE, the not quite feature-length new film from directors Christopher Phelps (who also penned the script with Producer R.S. Fitzgerald) and Maxim Van Scoy, that first premiered on October 25th, 2014 at the sold-out Cinema Village. Since then the film has been making waves on the festival circuit, winning accolades such as “Best Director” and “Best Horror Feature”. The movie is set for wide release via DVD, Blu-Ray and VOD on August 16th.

LAKE NOWHERE is a fun and wonderfully bloody trip back in time when the slasher subgenre reigned supreme and VHS was king. While many recent movies have attempted to ape the shooting style of 80s horror films and the gritty, low-fi look of VHS, few have succeeded as well as this movie. 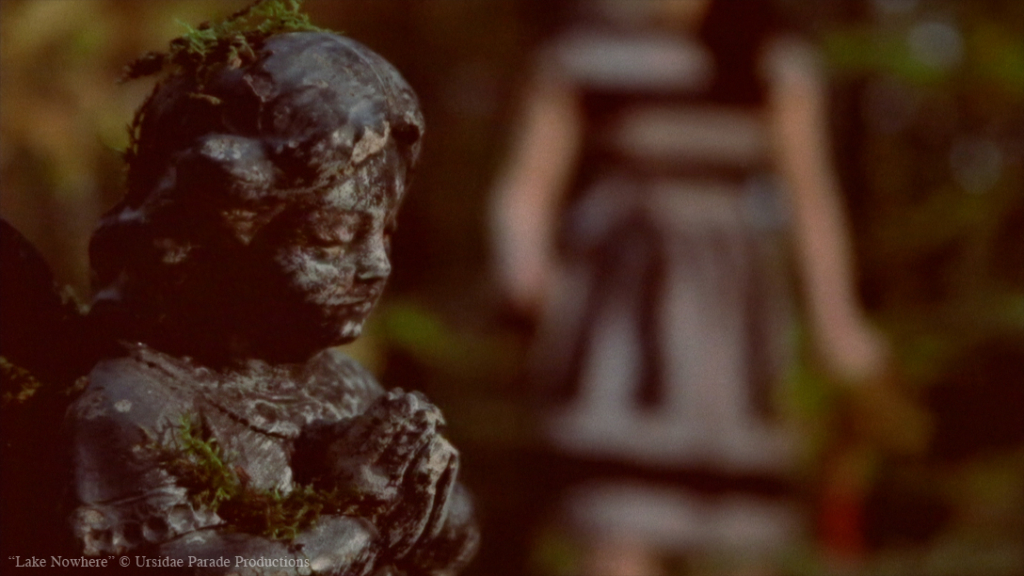 Whereas so many modern 80s inspired films seem to scream, “Hey, look at me, I’m retro,” LAKE NOWHERE is one of those rare gems that feels completely faithful to the era. Everything works — from the shooting style to the grimy atmosphere to the authentic but unobtrusive score. This is a movie that manages to be reverential without being overly referential. There are no winks or nods at the camera, and the dark comedic elements are not satirical but organic to the story. 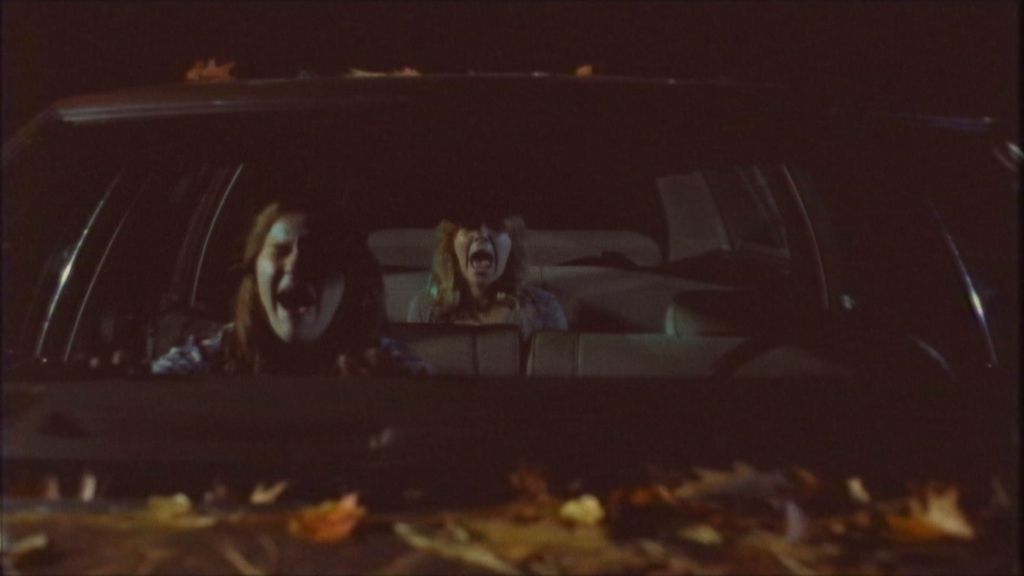 LAKE NOWHERE is in many ways heavily reminiscent of The Evil Dead, down to the teenagers set to party in a desolate lakeside cabin and an accidental incantation that causes all hell to break loose. As with nearly every slasher film of the decade, the loose plot exists primarily as an excuse to watch some promiscuous young people get sliced and diced. And, just as you’d expect, the teens in LAKE NOWHERE find themselves stalked and brutally murdered by a Masked Maniac, whose lust for blood transcends our world. The familiar horror tropes are all there and played to perfection. We even manage to get some interesting twists that will keep you guessing. 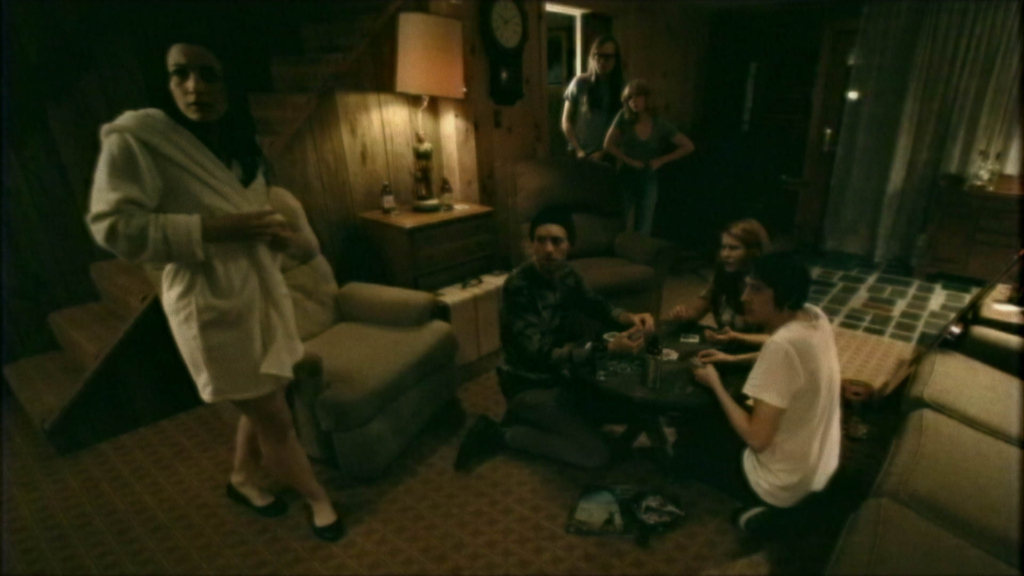 The movie itself is preceded by original trailers and commercials, which perfectly replicate the experience of watching a long lost bootleg tape and are nearly as much fun as the movie itself. The total run time is a lean 50 minutes, including the fun extras before the feature presentation. That means there’s very little fat, and the movie moves at a brisk pace — an entertaining ride from beginning to end.

Despite the short run time, there’s actually some solid character development here and great performances from the cast. Unlike many of the less inspired slasher films, the characters are all really likeable, which adds quite a bit to the growing tension. Gore fans should truly appreciate the level of bloody carnage wreaked throughout this movie, and the practical effects look great. In addition, the supernatural elements of the film provide some genuine chills that give it an added depth. 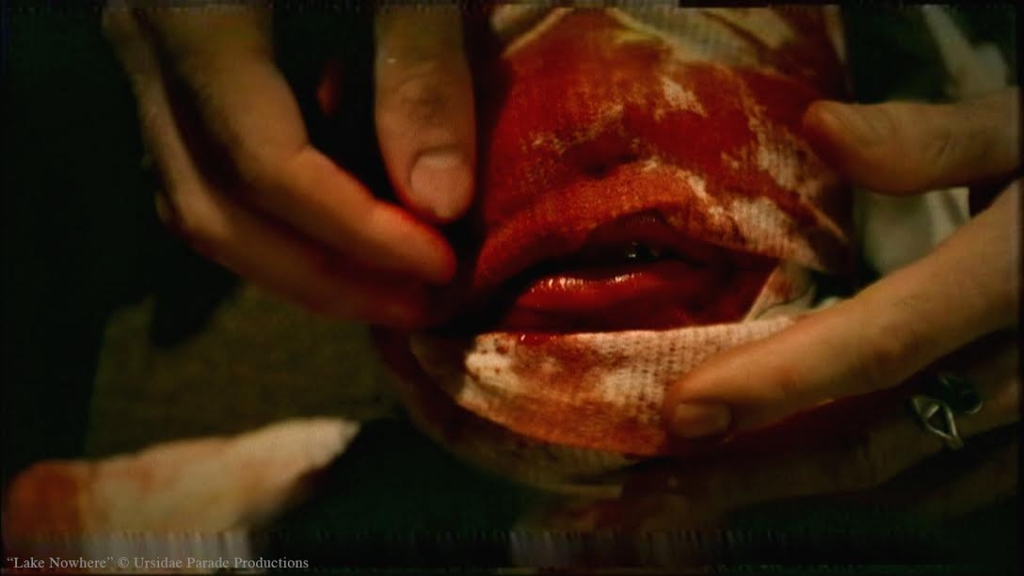 According to the film’s pres