Thank the horror gods and the saints at Shudder! Joe Bob Briggs is coming back soon for another season of “The Last Drive-In”. 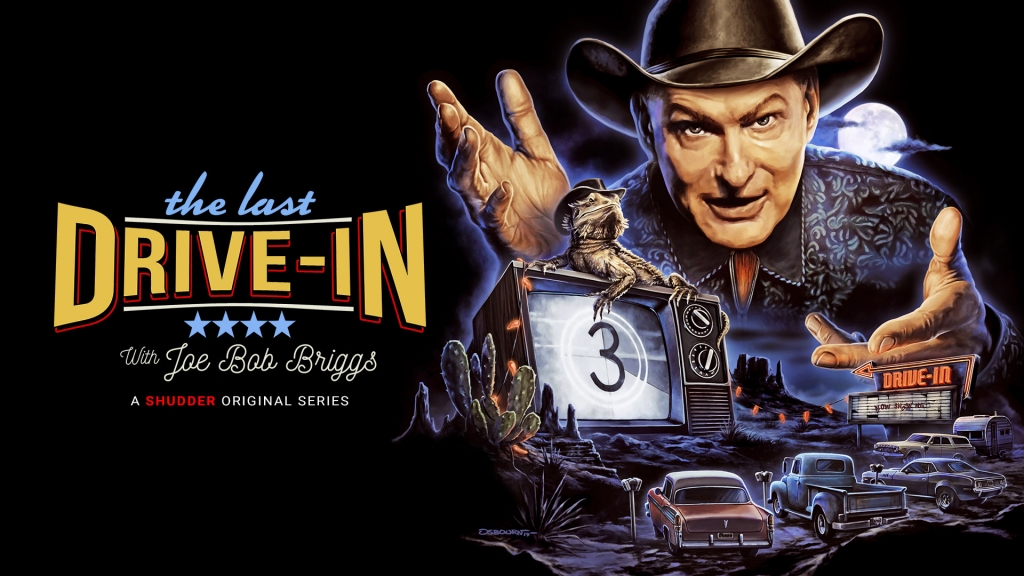 I’ve written before about my love for Joe Bob Briggs and what his return to horror host glory has meant to me. These past eight weeks of The Last Drive-In with Joe Bob Briggs on Shudder have been nothing short of glorious. Those few hours spent every Friday night parked in front of the television — and Twitter — is the highlight of my week. It’s something I look forward to with rabid anticipation each day. And it feels like a delicious reward for getting through the work week.

Part of what makes the experience is so rewarding is due to Shudder and Joe Bob’s genius idea to bring back appointment viewing.

In a world of on demand content and binge watching, The Last Drive-In airs live on Shudder TV every Friday night at 9 pm EST. This gives fans like me the chance to watch the show virtually with other amazing devotees, known affectionately as the Mutant Army. We spend the show live tweeting and hearing what others have to say in real time. And we watch alongside people who feel the same passion for the show that we do, including celebrity fans like the great Joe Lynch and horror icon Barbara Crampton.

The Twitter pre-game starts a good hour before the show. 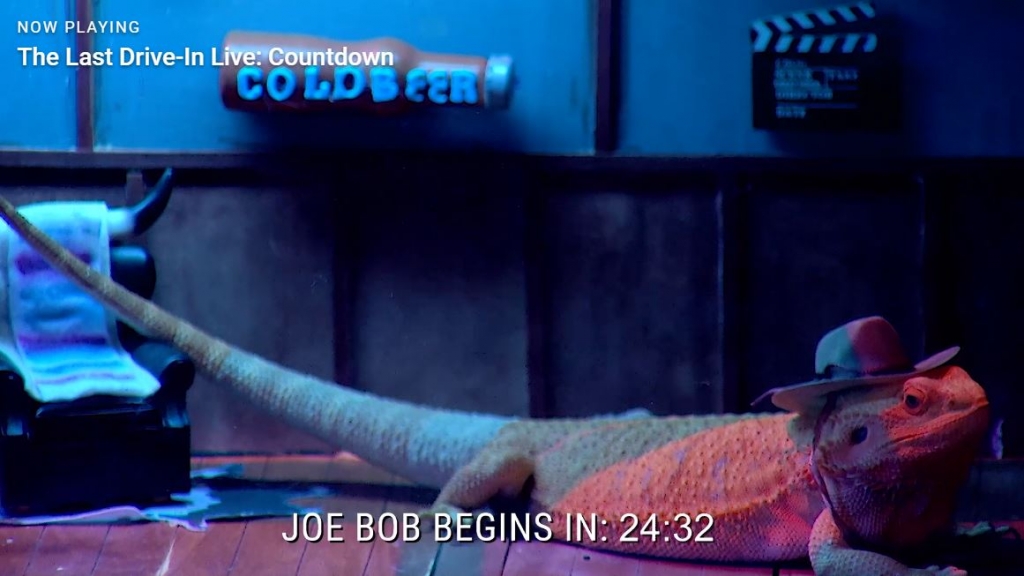 This is when the highly anticipated countdown begins on Shudder. And fans try to lock in their predictions for the evening’s mystery double feature, based on subtle hints from Joe Bob and our knowledge of Shudder’s vast horror catalog.

Many of us look forward to that lead up to the show almost as much as the main event itself. It’s nothing more than a live shot of the set — and fan favorite Ernie the Iguana — while some damn relaxing cricket sounds and gentle banjo strums play in the background. But it’s pure joy inducing. It’s a signal to the brain that it’s time to put the stress and struggles of the week behind us. Time to settle into the weekend and focus on the finer things in life — like horror, good friends, and (if you’re a Texan like me and Joe Bob) some Lone Star beer.

Then the magic begins. And we all get practically giddy when that brilliant theme song by John Brennan starts playing. (If you’re like me and can’t enough of the music from the show, be sure to head to John’s bandcamp page and download them.)

Throughout the show, the lovely Darcy the Mail Girl (Diana Prince) helps command the Mutant Army.

Darcy liberally retweets, replies to comments, and engages with fans in a way that helps everyone feel like a real part of the show. Thanks to Darcy, the The Last Drive-In community feels incredibly welcoming and supportive. More to the point, it feels like home.

It’s so much fun watching so many genre fans get introduced to the best B-movies and more obscure horror classics for the first time. Films this season have ranged from the quiet, arthouse indie favorite A Girl Walks Home Alone at Night to the ridiculous and gleefully offensive Street Trash, from the charming camp of Wolf Cop to the WTF insanity of the Japanese film Wolf Guy. 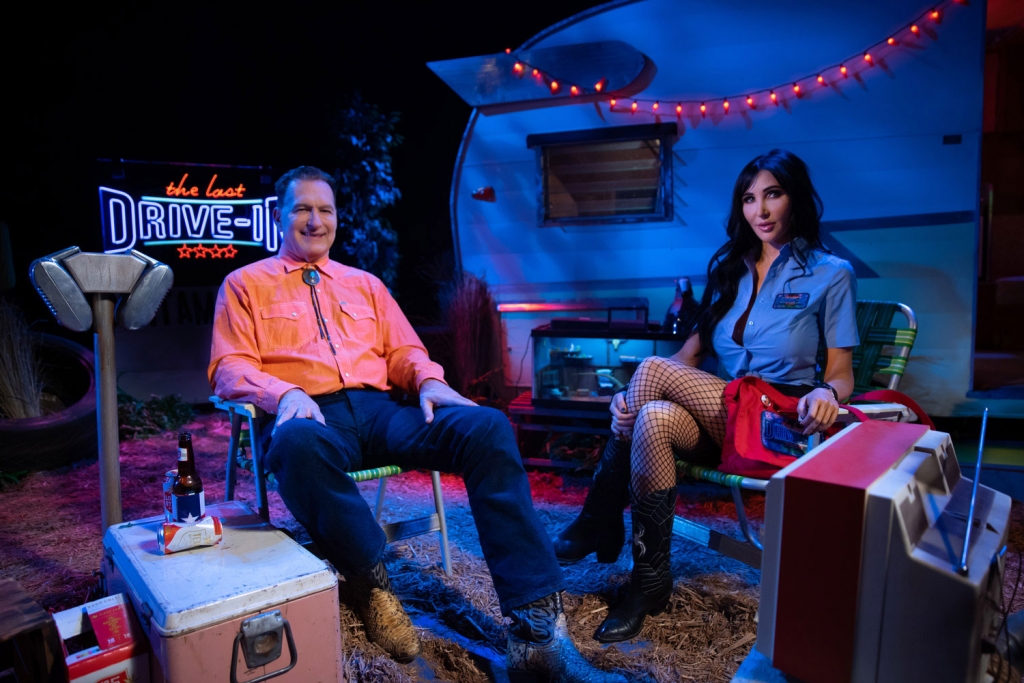 As a seasoned horror junkie and avid fan of wonderfully weird genre cinema, I’ve seen most of the films featured on his show. But nothing compares to the communal experience of watching them with other kindred spirits — and with the guided viewing of a horror encyclopedia like Joe Bob. I always learn so much every episode.

It’s impressive how much Joe Bob can actually teach me while making me laugh so hard my side hurts.

THE LAST-DRIVE IN is a show I never knew how much I needed in my life. It’s become a weekly tradition…and a religion. I worship at Joe Bob’s alter, and I give thanks for the bounty he has bestowed upon horror fans young and old. Though it was only a year ago when Joe Bob first came back into my life thanks to Shudder, it’s now inconceivable to imagine a world without Joe Bob on my television. 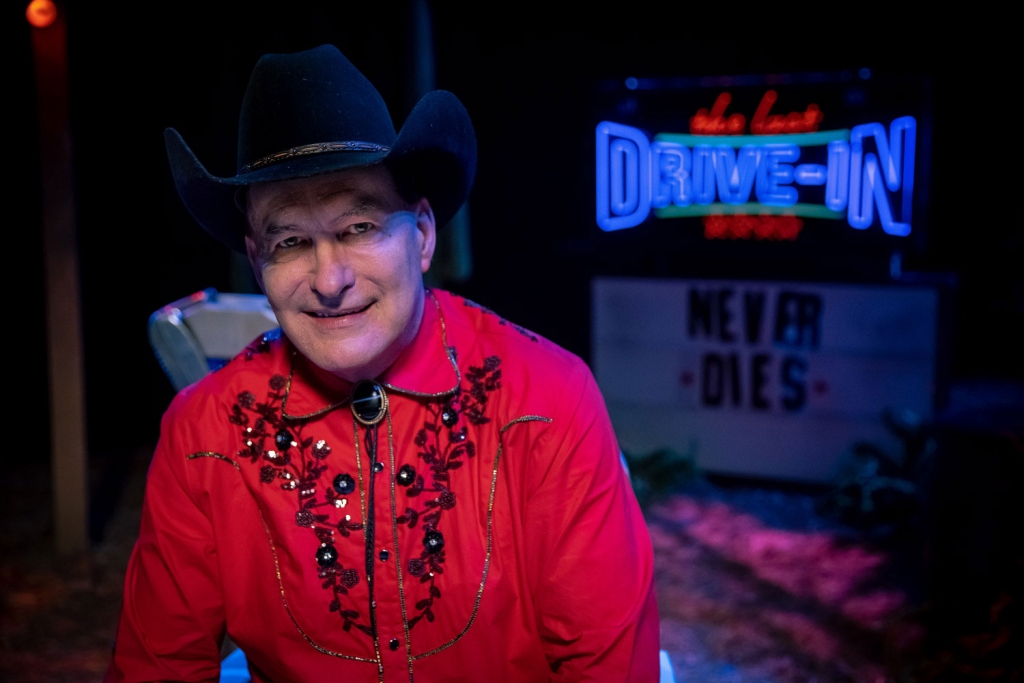 This Friday will be the season finale of the show. As much as I’m eagerly anticipating tuning in, I can’t help but feel sadness knowing it’s the end. Nine weeks have never flown by so quickly. It’s hard to express how much I’ll miss hanging with Joe Bob, Darcy, and my virtual family on the Twittersphere.

Fortunately, however, I know it’s not “goodbye” but “see you later”, as my heroes at Shudder just announced today that Joe Bob is coming back soon for a second season.

Given the insane success of the show and the outpouring of public support for its return, I’m not surprised by this news. But I’m damn grateful. Seeing the press release come through put the biggest smile on my face. Now it’s time to wait patiently for news of the second season. And I can only hope my favorite part of the week will return much sooner rather than later.

MAY 22, 2019 — Shudder, AMC Networks’ premium streaming service for horror, thriller, and the supernatural, announced today that it has renewed its hit original series The Last Drive-In with Joe Bob Briggs for a second season.

“From our first marathon and subsequent specials in 2018, through this year’s series, Shudder members have been loud and clear: we can never have too much Joe Bob,” said Shudder General Manager Craig Engler. “We have read every tweet, every email, and every Facebook comment crying out for more. Message received. Joe Bob will be back.”

“It hasn’t even been a full year since the 24-hour Last Drive-In marathon, but since then I’ve made thousands of new friends and reconnected with thousan