The popular streaming hororr network Shudder and indie icon Larry Fessenden bring you the perfect mood setter for all your spooky Halloween gatherings. 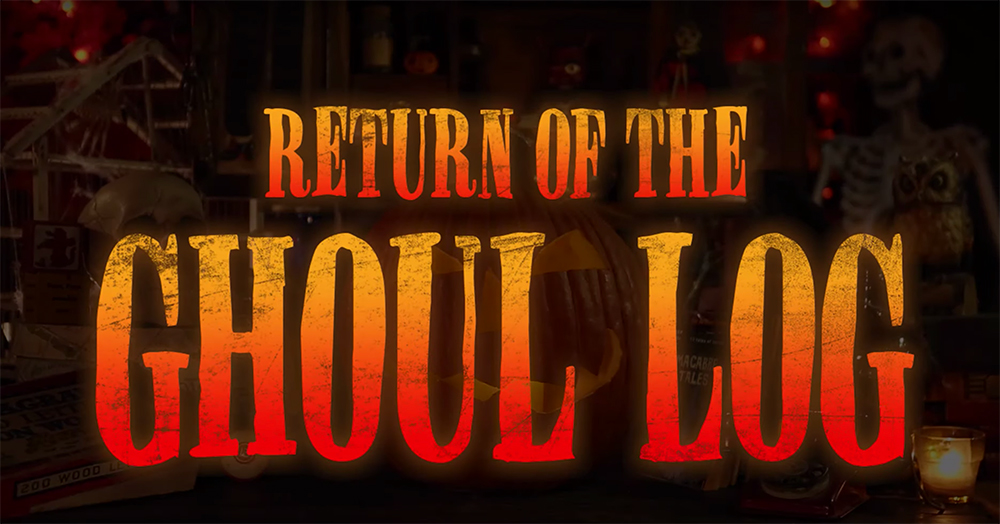 Growing up in New York, there are many things that are taken for granted. From easy access to every cuisine you could imagine to the guarantee that your favorite musician will make a stop close to you. What I didn’t realize was the exclusivity of the broadcast of the yule log every Christmas. I still remember sitting in my Grandparent’s living room, with their bureau-sized big screen TV, and the crackling flames looping over and over — creating a faux sense of warmth as we opened presents or ripped through the fish and crustaceans.

Somewhere along the way (in 1990 to be exact), the yule log disappeared, and I didn’t think about it again until I was out of high school and an online petition had revived the insolvent broadcast, which was originally schemed to give station employees the holiday off.

That 17-second loop of burning wood still has a way of bringing me back to more innocent and toy filled days. However, I never thought, “There should be a Halloween version of this!”” Luckily for us Spooky Kids, the folks at Shudder did!

Inaugurated last year, “The Ghoul Log” was – just like the yule log – a static presentation, only with a Pumpkin and some wind and fake leaves set against an empty backyard. Sounds of animals and screams of terror peppered in, with some decent lighting and a real candle in the mouth of the perfect Jack-O-Lantern made for a nice background for your costume party. 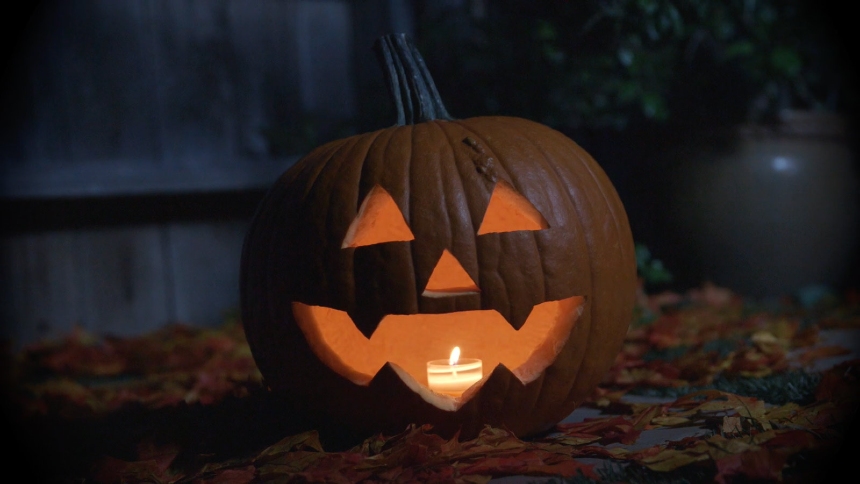 Outdoing themselves this year, Shudder has brought the Ghoul Log back with “Return of the Ghoul Log” and the help of a steady hand.

Frequent IFC collaborator (IFC is owned by AMC Networks, as is Shudder) and Glass Eye Pix founder, Larry Fessenden, was called in to set the stage, literally, with help from Beck Underwood and James Siewert.

Immediately upon loading the video, your eyes are treated to a beautifully eerie set up; carved pumpkin dead center, spooky paperbacks, jars filled with vague contents, and devils and skeletons galore. The scene is lit beautifully and colored just right. 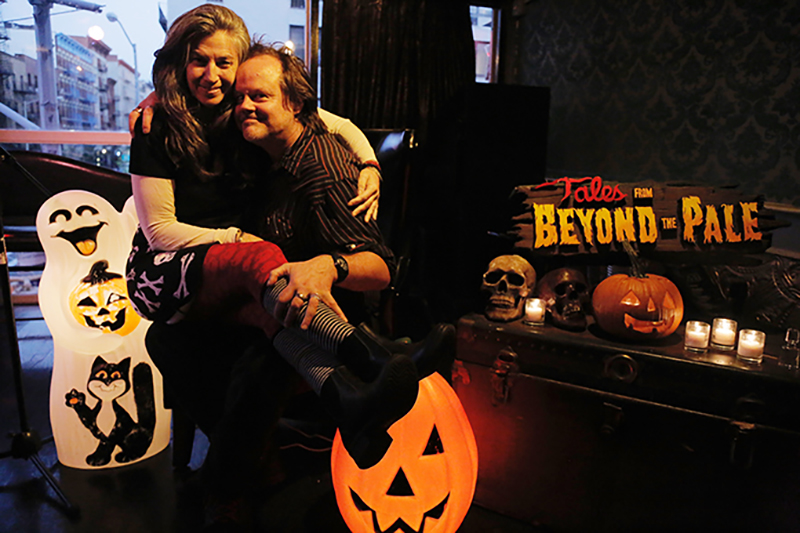 The warning in the synopsis is “Don’t blink…”, a normally hollow caution used as hyperbolic promotion. But in this case, you should listen.

Laced through brilliant sound design, which creates some nice moments of tension, are gags such as stop motion trick or treaters circling the pumpkin that echo the Quay Brothers, the stop motion geniuses whose work inspired the band Tool’s videos that caught the derision of Kurt Cobain.

There is a solid forty minutes of fresh tricks and visual treats before anything is reused, showing just how much work went into this. This is what horror was built on – fun, tedious work. 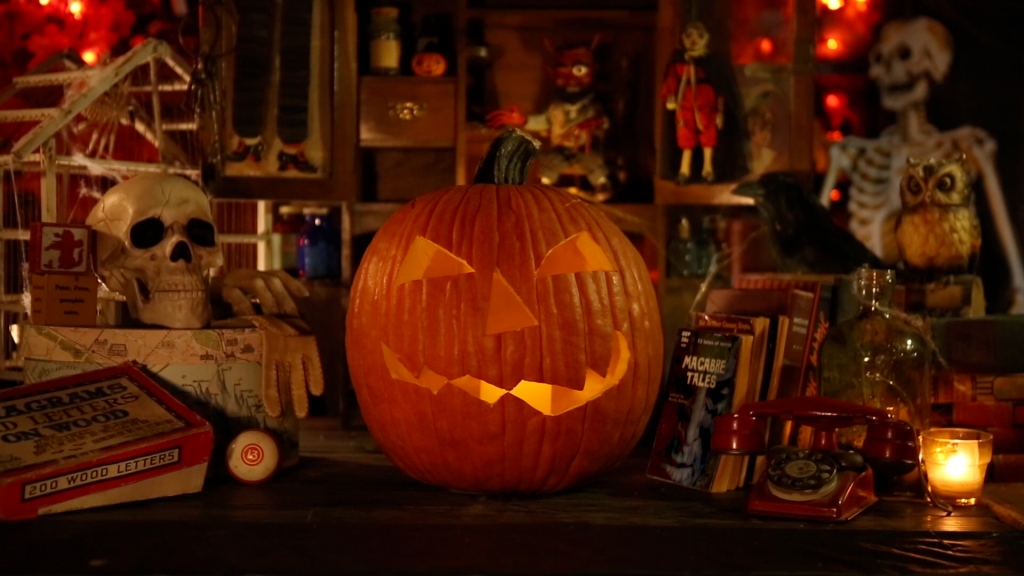 Eagle-eyed viewers will spot a small nod to King and Kubrick and the title of one of the paperbacks morphing to act as a sort of signature for Fessenden (“The Glass Eye”) before returning to its original Macabre title.

A rather innocuous element of the Christmas season has received a makeover for OUR season thanks to Shudder and Larry Fessenden, proving his versatility and mastery in all things horror.

“Return of the Ghoul Log” is live now on Shudder. Larry’s audio tales “Tales From Beyond The Pale” has hit podcast form and can be streamed free at talesfrombeyondthepale.com. You can access Larry’s full canon of work at GlassEyePix