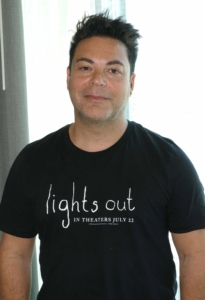 Already a huge hit in the theaters, Lights Out realizes one of our most basic fears: Our fear of the dark. When I saw it at the LA Film Festival, it was an audience favorite and I loved it! This awesome movie stars Maria Bello, Teresa Palmer, Gabriel Bateman and Alexander DiPersia. Lights Out is written by Eric Heisserer and directed by newcomer David Sandberg, who did the original short film that started it all. Getting to talk to the producer Lawrence Grey at this year’s San Diego Comic Con was a dream come true, and I’m thrilled to give you his insights and thoughts: describing the process of taking a super short indie project and making it into a big screen hit.

Los Angeles Zombie Girl: Thank you Lawrence for bringing us such a great new movie! I loved the short the first time I saw it and I personally couldn’t stop sharing it with anyone I could think of. What was your first reaction when you saw the short?

Lawrence Grey: “I remember seeing it for the first time, and it knocked my socks off. I was sharing it as fast as everyone else. I think it’s even now the most watched short of its kind, with over 200 million views.”

ZG: Lawrence, can you tell me a little bit about yourself?

LG: “I spent most of my career as a studio executive. At Fox Searchlight, Universal and Mandate Pictures. I started my own production company, Grey Matter, two years ago. In fact, Lights Out was the first thing I saw the first week we opened our offices. I remember watching the short in my brand new office before there were curtains, the worst way to watch anything scary, on a bright sunny LA morning. The short still blew my mind and freaked me out. I woke up in the morning the next day with images of that creature in my head and reached out to David. I just fell in love with his visions and what he wanted to do, so this became the first Grey Matter film in production. Prior to that I made Last Vegas, as executive producer, Hope Springs with Meryl Streep and Tommy Lee Jones as co-producer, and worked on some horror films as an executive producer: 28 Weeks Later, The Hills Have Eyes and Drag Me to Hell.” 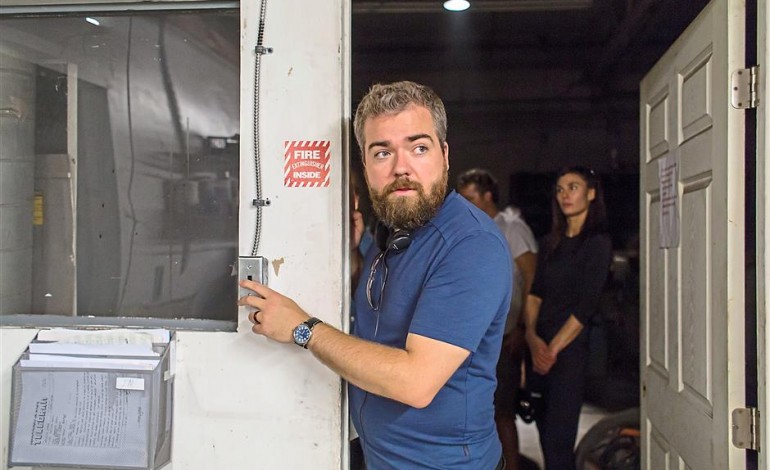 Director David F. Sandberg on the set of Lights Out. Photo: Warner Bros

“Just prior to Lights Out, what put our production company on the map was that I set out to start my own company to work with original ideas and emerging talent like David Sandberg. I started developing some scripts in our originally windowless basement office and they became back to back to back, the biggest three in a row script sales of the year. I started seeing how gratifying it was working with up and coming talent and that we could really add to those projects creatively. So finding David; what an amazing experience it has been not just with the script, but having the movie turn out this great right out of the gate for our first film.”

ZG: Are you going to continue to look for new talent and emerging artists like David?

LG: “Absolutely. Somebody asked me a question the other day, about where do you see yourself in 20 years or 30 years, and I said, in exactly the same place. Always, at the end of the day, a producer’s job is still to find a new voice and do something original — sitting in a room with complicated, talented people and trying to tell stories. I love it. We are working now with Steven Soderbergh, and a lot of really big accomplished film makers, all kinds of great people.

But there is nothing more gratifying than finding someone who can’t pay their bills and see them go on to becoming this new voice… introducing someone new to Hollywood and making it fresh.

So many of the movies we see now I think suffer from sameness, technically, narratively and performance wise. So something we really set out to do with Lights Out was, since no one is going to go out and see an unbranded original, we needed to give them a reason to. The fact is we are, of the entire summer movie business, the only unbranded, first time director film.”

“I remember when we went to Cinema Con and we were there surrounded by Batman vs Superman and Suicide Squad and Tarzan and all these other huge movies. I said to David, ‘The only reason we are here is because this movie is good.’ Because if it wasn’t, if it was just good enough, no one would want to get behind something like this. It’s really a testament to the fans for identifying the short, for believing in it, and for the response they’ve had to the film.” 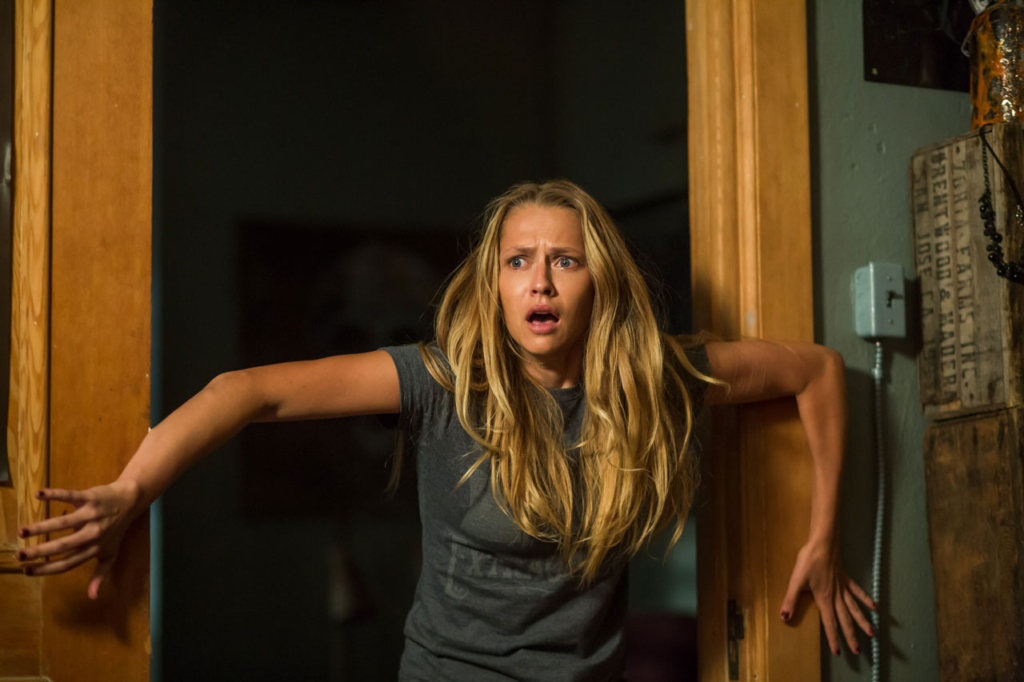 ZG: Tell me about the process of bringing David Sandburg together with Eric Heisserer and James Wan. Was David totally blown away?

LG: “Yes! David talked to me when we first set out, after we spent a few weeks creating a blueprint or outline for the movie. It was really original and bold; David said ‘How is anyone going to let us do this?’ And I said, ‘There is only one way in Hollywood — you have to bring an armor tank battalion into a knife fight. And he said, ‘That sounds good but, but does that really mean anything? How do we do that?’ So I said, ‘Well let’s start by getting you the single biggest writer and single biggest director/Godfather producer. If we can do that, then that’s going to be the home run.’

So Eric [Heisserer] was our first victim. We went to him, and Eric didn’t even let me finish my pitch. He said, ‘I’ve sent that short to all my friends. It’s awesome. I’m in!’ So Eric came in and really helped us improve the pitch, and that gave me enough swagger to go to James [Wan]. I called up James. We had just been talking about something else and I said, ‘James, remember how we met 15 years ago when you came into my office with a short film called Saw? I think I found the next James Wan.’ So James said, ‘I’ve heard that a couple of times over the years, and I’ve never really believed in anyone enough to want to invest years of my life overseeing them.’ I said, ‘Watch this.’ He watched the short and he was like huh, this is really, really good. ‘Is this guy as good as the short?’ And I said, ‘So much better.'”

“As soon as James spent some time with David, he said ‘Yes, this is “The Wan”!’ There are a lot of first timers, but James Wan is a first timer on this movie too in kind of an amazing way. And seeing him use all the tools of his trade in producing was just extraordinary.”