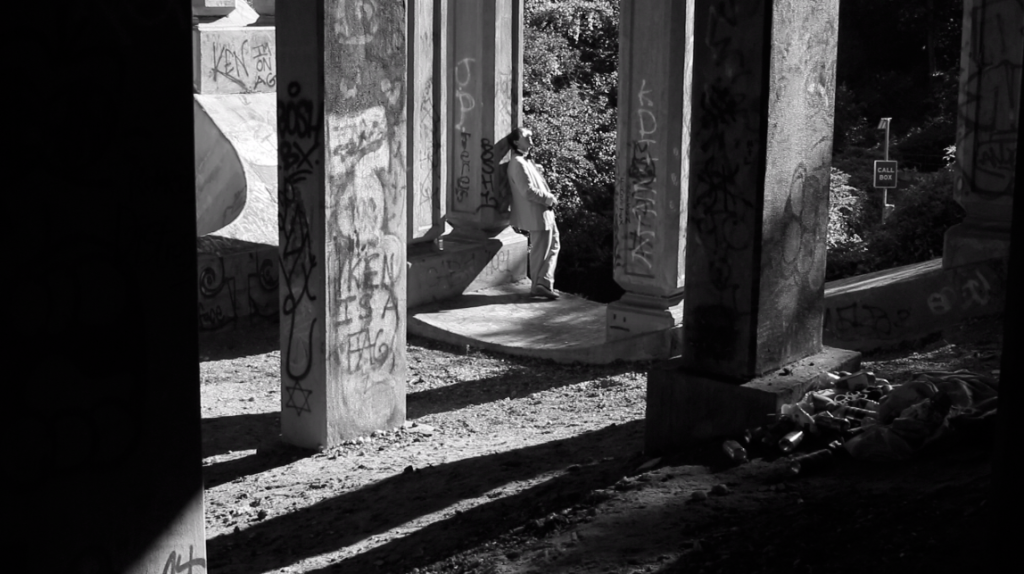 We recently had a chance to connect with filmmaker Jeff Frumess, and he was kind enough to share a rough cut of his first feature length film, Romeo’s Distress. Romeo represents everything we love about independent genre filmmaking. It’s weird in the best possible way, it’s unique and genre-bending, and it’s made on a shoestring budget with enormous passion and heart.

Frumess describes his debut film as a Shakespearean, Gothic, Horror-Thriller… and that’s a pretty solid description for this film that is very hard to categorize and classify. Romeo’s Distress tells the story of a boy named James, his unrequited love for a girl named Jane, and her father’s sadistic (yet dutiful) response to it all. Shot almost entirely in monochrome, this film feels like what you might get if you combined the poetic tragedy of Shakespeare with the gothic horror sensibility of Poe and mixed in a bit of quirky (John) Waters-esque surrealism. 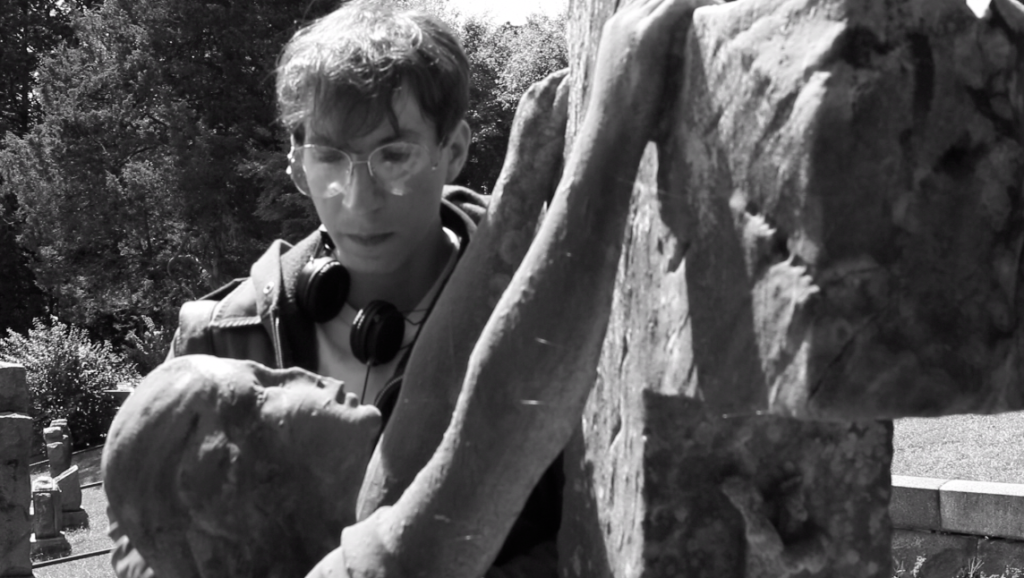 We talked to Jeff about his inspiration for the film and his experience working on this passion project.

“Like most tacky yet true cliches, Nick Bohun (Associate Producer, Sound, Score, Gaffer) and I spent 15 months pouring our blood, sweat, and tears into this little no-budget film. Partially filmed in Sleepy Hollow Cemetery, it was shot entirely by the two of us: Myself on camera and Nick running sound (along with everything else sandwiched in-between). As with any film, making Romeo was an endurance trail in vigilance and perseverance. It was filled with wonderful, creative collaboration.”

Jeff says his artistic approach is to channel his greatest inspirational influences into his own work, creating something that reflects universal themes and ideas but expressed through his own distinct voice and style. Romeo‘s iconic influences and inspirations are apparent, but Frumess’ unique talent and promise as a filmmaker shines through. 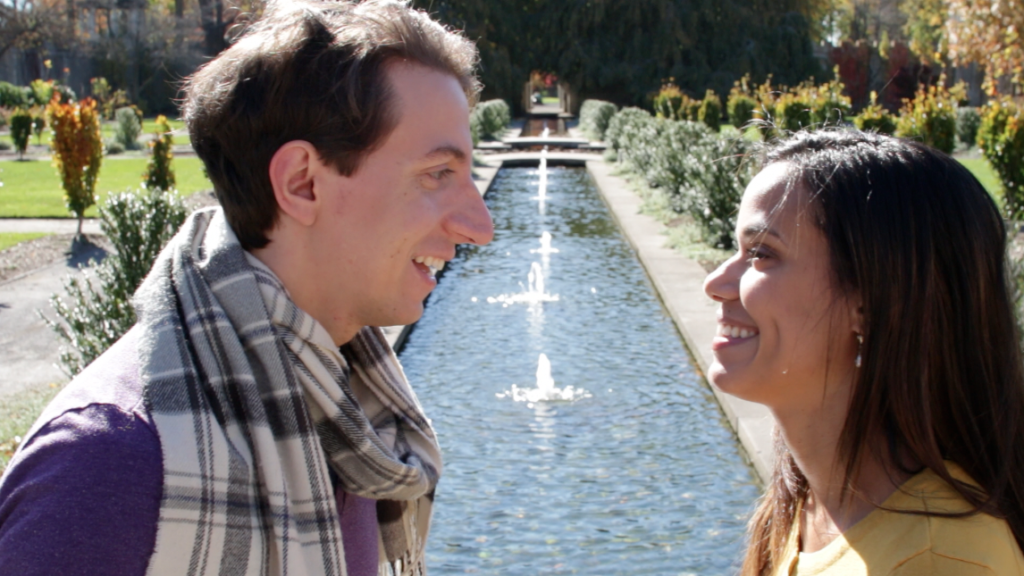 Partly inspired by the classic story of Romeo and Juliet, Frumess’ Romeo explores what would happen if Romeo’s star-crossed love for his Juliet was not reciprocated. Especially when he would do anything to be with her? How would her father deal with this unwanted love for his daughter?

“The film ultimately explores the horrors of unhealthy love and how our love for others can manifest itself into twisted, misinterpreted actions. It’s a bizarre, twisted, horror-thriller told on a micro-budget that will keep you second guessing until the ultimate conclusion.” 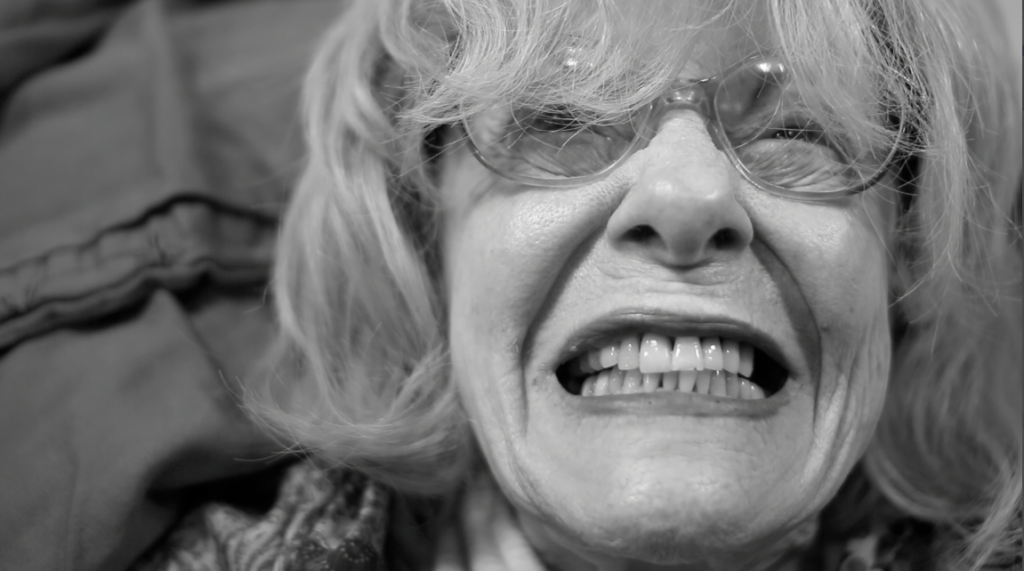 This is Jeff Frumess’ debut film as a writer and director. He previously shot a variety of shorts and a feature length documentary about a Horror Punk band on their last tour. But his goal as a storyteller has always been to make films. His filmmaking partner, Nick Bohun, is a musician and professional sound mixer/boom operator. He has previously worked on films, such as The Battery and Here Alone.

Jeff met Nick after he responded to Jeff’s Craigslist ad titled “Rebel Without a Crew.” Together, they made Romeo. Jeff acted as Cinematographer, while Nick handled sound. The two managed to do everything in between. Frumess describes it as a tough, yet incredibly interesting and no frills way to make a film.

“The journey to ROMEO began with the idea of being able to make a movie with everything I had right here locally in Westchester, New York. The idea stems from the belief that I have everything I need to make a film, I just need an idea and people to rally behind my cause. We shot the whole film over the course of 15 months. I used locations I grew up around and wrote them specifically into the film, because I knew I’d be able to shoot at them with little interruption. Making a film is very similar to having a child. You spend countless hours pouring your attention over it, so that it can be the best it can possibly be.” 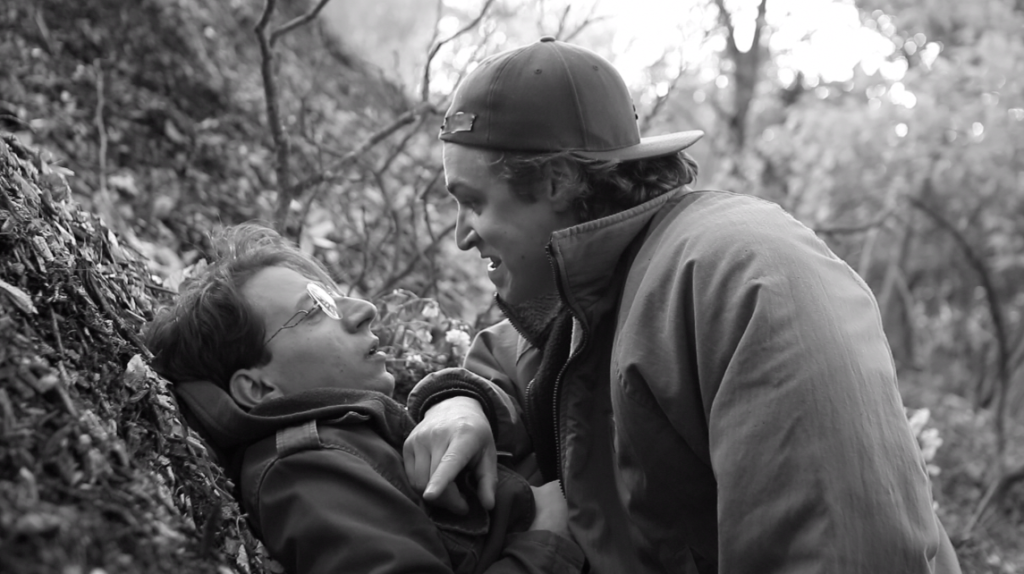 Romeo’s Distress is currently in consideration for several different film festivals and, having seen an early cut of the film, we’re confident it will get some much deserved attention. Be sure to follow the film on social media to learn how and when you can watch this remarkable indie horror film debut.