This October Get A Look Into The Making Of Young Frankenstein’ 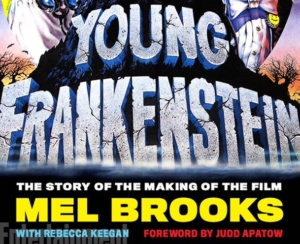 Mel Brooks and Entertainment Weekly has released to horror fans an inside look at the making of Young Frankenstein. As reported by EW earlier this month, Brooke’s book will feature behind-the-scenes photos and original interviews with the cast and production team from the classic film.

“When I was young, I loved the movies because they saved my life. I was so grateful to cinema for opening up worlds that were not open to me as a poor Jewish kid from Williamsburg, Brooklyn… I was five years old in 1931 when James Whale’s Frankenstein came out. The following summer the movie played at a theater in Williamsburg and my older brother, Bernie, took me to see it… It was a big mistake. It was the scariest thing I saw in my life.

That was a hot summer in Brooklyn, and in our two-bedroom apartment, I slept right by the fire escape. I said to my mother, “Mom, please close the window.” She said, “It’s a hundred degrees in here, I can’t close the window. What’s the matter?” I said, “If you leave the window open, Frankenstein will come and eat me.” (We called the monster Frankenstein because we didn’t know the difference).

My mother said, “Okay, let’s talk about this. First of all, the monster lives in Romania, in Transylvania. Romania is not near the ocean. So he’s going to have to get to Odessa. He’s going to have go a long way to get to a boat. Then he has to have money to pay for his passage. He may not have any money if he is just a monster. He may not have pockets. Let’s say he makes his way to Odessa and he gets a boat to America. The boat may go to Miami. It may go to Baltimore. It may not go to New York. If it goes to New York and he gets off there, he doesn’t know the subway system. If he finds the BMT (what we called the subway back then) and he gets to Brooklyn, he doesn’t know our street. Let’s say he does find our street. But remember, the people on the first floor have their window open. He is not going to climb way up. If he’s hungry, he is going to eat who’s ever there on the first floor.”

And you know, Mom made sense. So I said, “OK, leave the window open.” But it haunted me…

More than forty years later, when I was finally a little less scared, Whale’s movies would inspire me and my friend and collaborator Gene Wilder to make Young Frankenstein. Of all of my films, I am the proudest of this one. My hope was that Young Frankenstein would transport audiences the way I was transported as a kid sitting in the dark in Williamsburg. I think we succeeded, and in this book I will show you how we did it.” 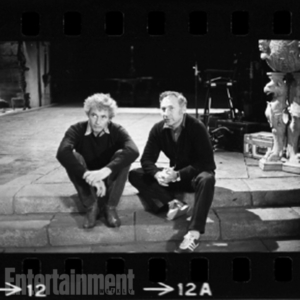 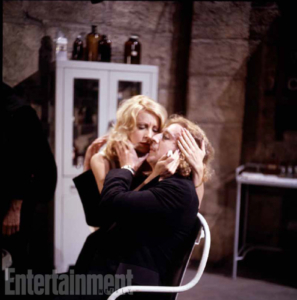 “Dr. Frankenstein is bereft and heartbroken. The monster has attacked him. Inga comforts him, maybe a little too much.” 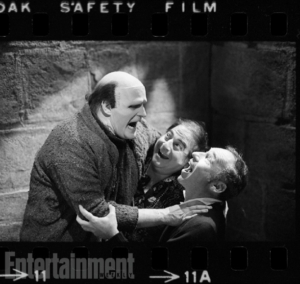 “Here is Peter Boyle having fun as the monster, choking his director. Our genius black-and-white cinematographer, Gerald Hirschfeld, is looking on, enjoying the fun.” 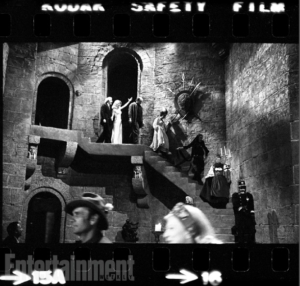 “I had a great idea for the end credits of the film. I thought we should all walk down the castle steps and take a bow. I loved it until I saw it, and then I knew it was a beautiful waste of time.”

Young Frankenstein’ was released 1974 starring Gene Wilder, Peter Boyle and Cloris Leachman. The 74′ comedy followed the story of the grandson of Victor Frankenstein, Frederick Frankenstein (Wilder) inheriting his Grandfather’s estate in Transylvania. There, Frederick then recreated his Granddad’s experiments which included, Frankenstein’s monster!

The parody of the 1931′ classic Frankenstein’ co-written by Wilder was originally denied by Brooks back in the early 70’s. It wasn’t until months after Brooks’ denial, for a persistent Wilder to convince Brooks to get onboard, during the filming of Brooks 1974′ film Blazing Saddles. According to a 2010 interview with the LA Times, Brooks revealed the main reason he didn’t want to do another Frankenstein film was because he felt the idea was tired, he’s even quoted saying “..not another [Frankenstein film] — we’ve had the son of [Frankenstein], the cousin of [Frankenstein], the brother-in-law [of Frankenstein], we don’t need another Frankenstein”. The interview further revealed Wilder’s convincing argument: “What if the grandson of Dr. Frankenstein wanted nothing to do with the family whatsoever. He was ashamed of those wackos.” A then convinced Brooks joined forces with Wilder and both penned the screenplay for the soon to be beloved classic. 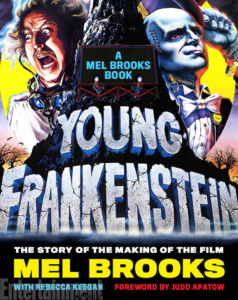