“The Lost Footage of Leah Sullivan” features likable leads who give solid performances, but offers little to stand out in the found footage sub-genre. 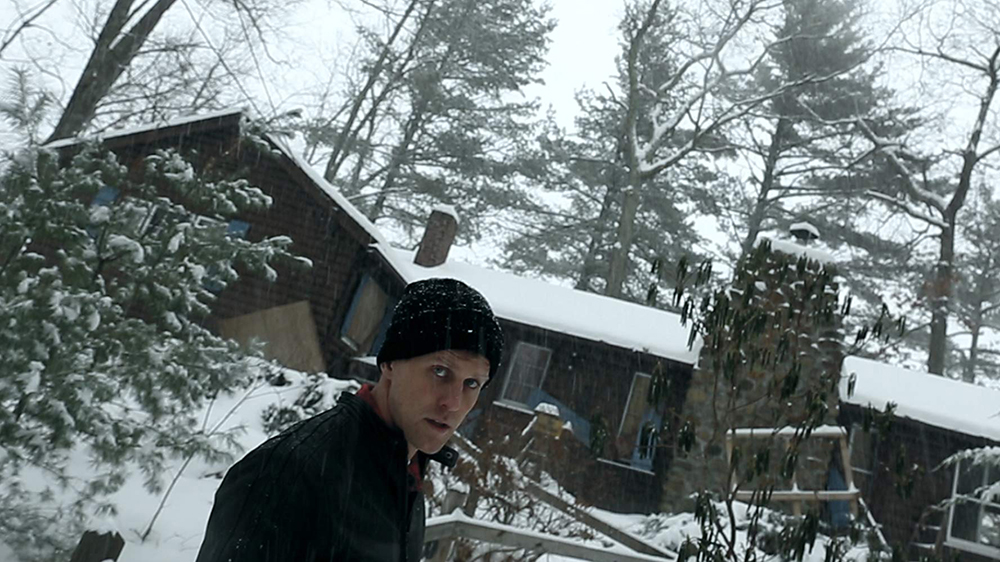 When Leah returns to her home town to make a film about a 30-year-old cold case for a school project, she runs into Patrick, the local cop who had a crush on her in high school. Patrick joins Leah on her journey of local interviews and is ultimately led to the old abandoned house in the woods where the legendary murders and disappearances were said to have taken place. They both discover more than they bargained for and find out that the cold case may not be that cold after all.

Anna Stromberg is refreshingly real as Leah, and her goofy, light-hearted character gets more serious as her project becomes potentially more dangerous. 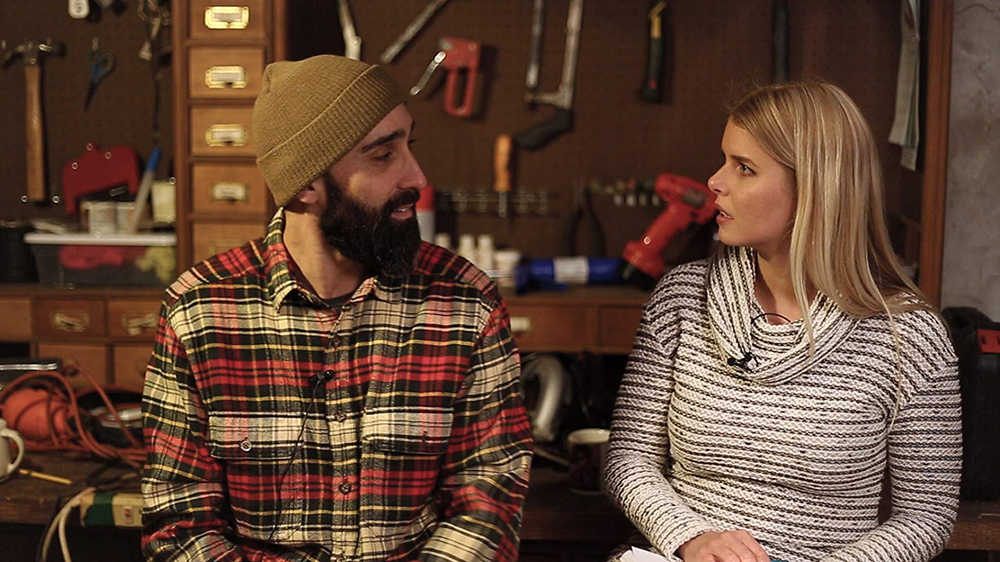 There’s some character development that helps build the dread as the film progresses. She goes from being a jokey college student messing up her filmed intros, playfully mocking herself with funny voices in between takes, to an impromptu journalist determined to solve the cold case she’s stumbled upon.

Leah is joined by local small time police officer Patrick (Burt Grinstead, also the writer and director), who loses his bashful boyishness as the case hints at foul play within his own police department. The obvious crush he has on Leah remains front and center, even as Patrick doesn’t want Leah looking into things any further as it gets more and more creepy.

The two don’t lose their likability during this growth which maintains the film’s firm grasp on a familiar reality. 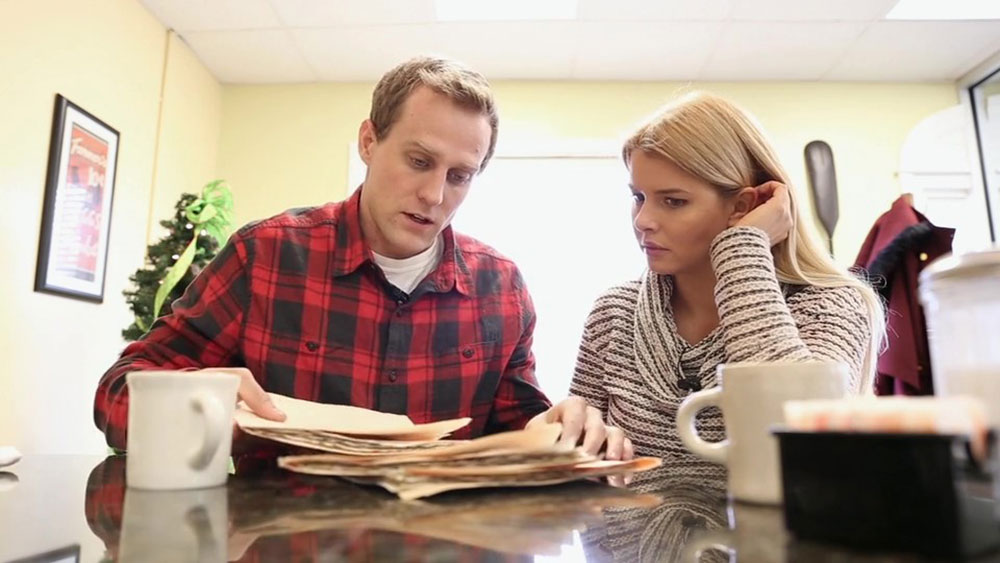 This helps ratchet up the spookiness when the story begins to turn dark.

In one scene, Leah wants to stay in the house and see what’s in the basement. It’s quickly getting dark, and Patrick says that’s a stupid idea and that they should leave. Leah persists, saying he can go get his flashlight for her and then leave if he so wishes. Patrick says that’s an even stupider idea, to which Leah replies, “You’re stupider.”

This playfulness between the two leads remains intact even during the creepy parts, making Leah and Patrick come across as real people in an unfamiliar situation, saying what they can to keep a sense of normalcy. In this way The Lost Footage of Leah Sullivan succeeds in making the characters relatable, which goes a long way with a movie like this. If the viewer has a character they like and are rooting for, the story of the film achieves an added depth. 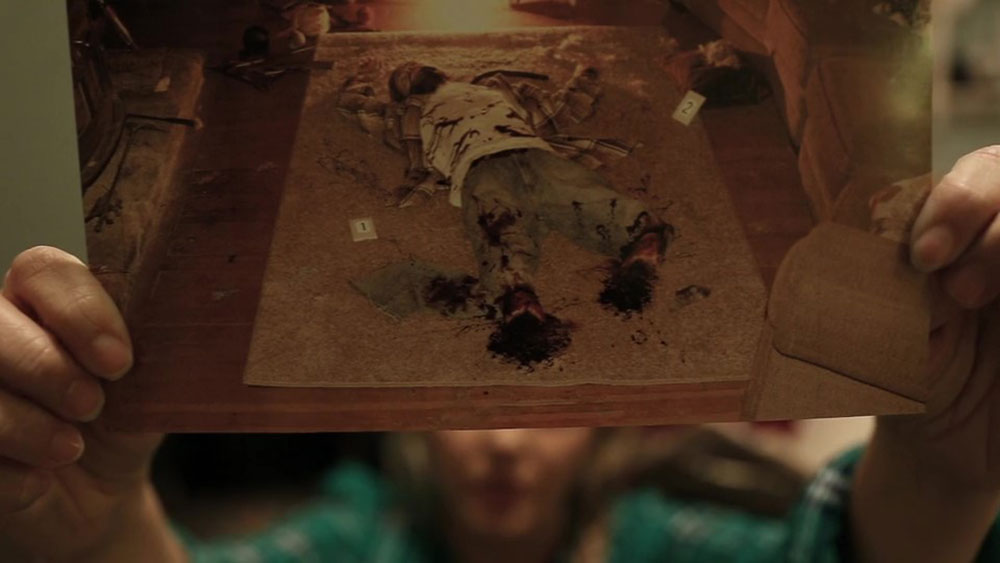 I find the problem with newer found footage films to be they resemble a YouTube video or one of the countless videos floating around on social media. As unfair as it is to compare a feature film to a goofy video of someone on YouTube or Facebook, it’s an undeniable byproduct of social media that’s made it more difficult for found footage films to be taken seriously or be interesting. Maybe that’s just me, but I find it a hurdle these types of films have to clear — and it’s becoming increasingly difficult to do so.

I don’t know if The Lost Footage of Leah Sullivan will hook viewers fast enough to stand out from the crowd. But those who stick with it will be treated to a spooky ghost story that rises slightly above the abundance of mediocre films that have watered down the integrity of the found footage feature film. It’s a slow build that doesn’t always hold your attention, but when the film is at it’s creepiest, it works well.

The atmosphere of the abandoned house is an example of this, with wind sneaking around cracks and old windows to create a lonesome, distant wail that moves about the dark space. This natural soundtrack haunts these scenes as a ghost would, letting the viewer know that this house is not as empty as it appears. Like the distant screams of the past victims.

If you like found footage films, The Lost Footage of Leah Sullivan offers some great atmosphere with solid performances and is worth a watch. But it ultimately doesn’t offer anything we haven’t seen before and won’t win over found footage detractors.

The Lost Footage of Leah Sullivan received a limited theatrical screening in LA and is available to rent now on Amazon.