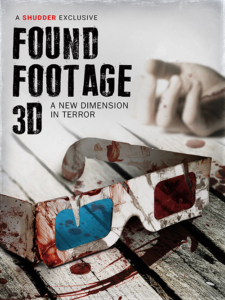 Found footage films have been popular way to create a film on a low budget following the success of the The Blair Witch Project (1999). Although there seems to be  new-found footage films released on a weekly basis, they rarely offer anything new to the now overcrowded sub-genre.

While Found Footage 3D may not reinvent the sub-genre, it certainly injects new life into a tired formula.

The film centers around an indie crew who travel to an old haunted cabin to film the first ever found footage film in 3D called The Spectre of Death, with the intention of also recording a behind-the-scenes documentary of the process. 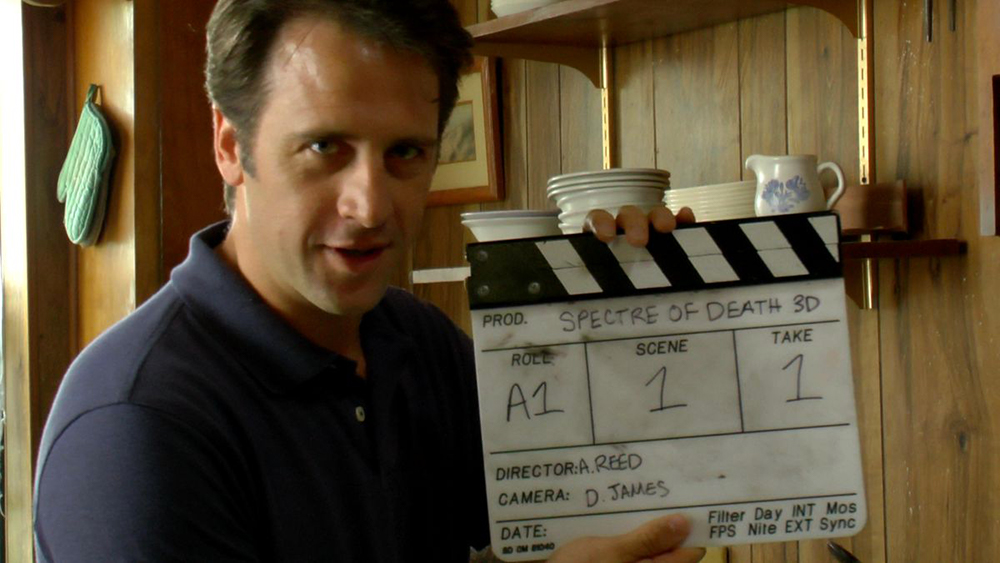 The team filming the film within a film is led by Derek (Carter Roy), the writer, lead actor and hands-on producer of the film. He seems to be in constant conflict with the film’s director, Andrew (Tom Saporito). The rest of the crew consists of Derek’s actress ex-wifeAmy (Alena Von Stroheim), playing the lead actress in the film, production assistant Lily (Jessica Perrin), sound guy Carl (Scott Allen Perry) and the documentary cameraman — as well as Derek’s younger brother — Mark (Chris O’Brien).

While strange occurrences during filming are at first dismissed, it isn’t long before the crew begins to suspect that things may not be exactly what they seem, as they soon find themselves fighting for survival in their own real life found footage horror. 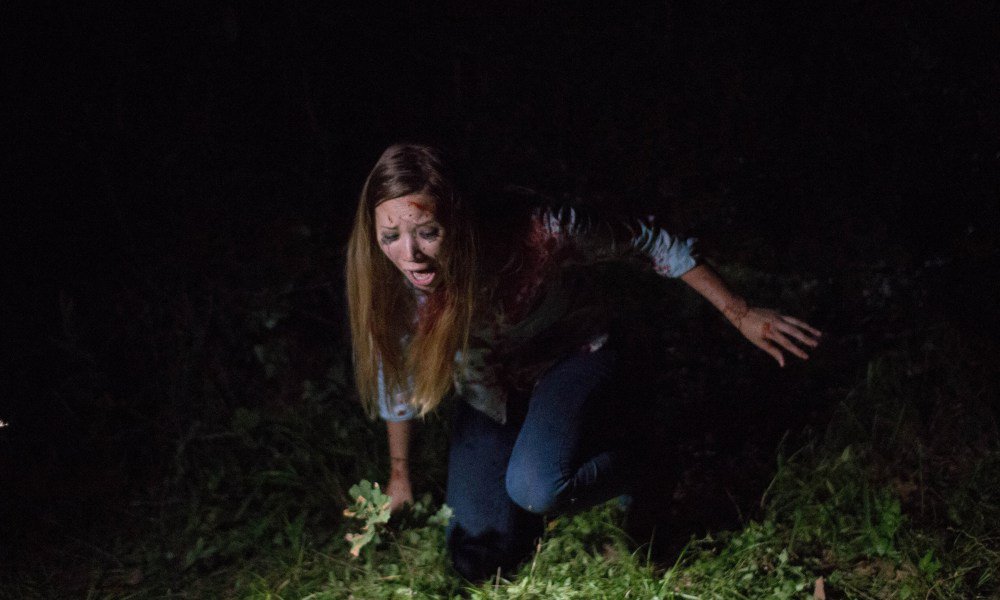 Like most found footage films, it does take a while for the horror to start. But once it does, the film builds up the momentum rapidly. Director Steven DeGennaro does a brilliant job of creating atmosphere — taking the time to build real tension rather than relying on jump scares. With that being said, when the jump scares do occur, they are cleverly incorporated into the film with a dark twisted humor.

Unlike a lot of found footage films which are slow to get going, Found Footage 3D is entertaining from the start. This is thanks to the very likable characters and a great script, which creates a very natural comedy element that is captured as part of the documentary. It is so well executed, it almost feels like a mockumentary — luring the viewer into a false sense of security before the terror really ramps up. 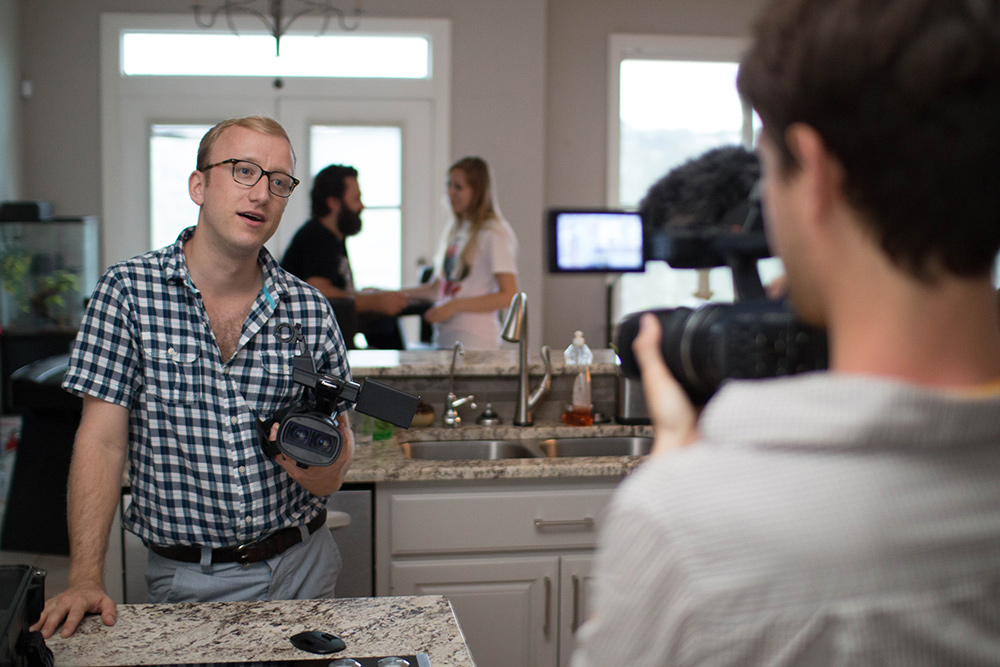 A great example of this occurs when the team is en route to the cabin. They stop to ask two old timers if they will give a speech on camera, warning them not to go to the cabin, to help give the film a more authentic feel. Unfortunately, their delivery is so bad it wouldn’t even make it into an Ed Wood movie. Moments after filming the main footage, Mark continues to capture their reaction as they casually confirm that the filming will be completed in old Rufus Mitchell’s place.

Suddenly their warning becomes extremely real, as they warn the group that they should not go near the cabin because it is haunted. It is a clever twist on the renowned “Don’t go there” warning, and Carl’s response is brilliant as he now starts to panic when he realizes they are filming at an actual haunted house.  He exclaims, “You don’t bring a film crew to a haunted house to film a horror movie. Have you not seen, like… every horror movie ever?” While his comments are humorous, they also feel very genuine. 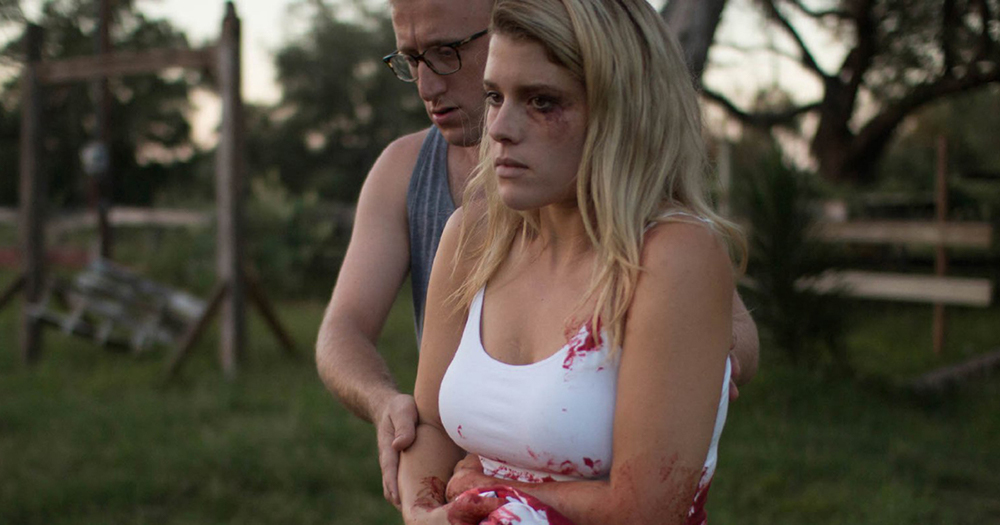 It is difficult to single out a top performance, as the whole cast was excellent. Everyone came across very natural in the film, and all the characters were given a chance to really evolve. However, the two performances which really stood out for me were Scott Allen Perry as soundman Carl and Alena Von Stroheim as Spectre of Death’s lead actress Amy.

Scott really brings the comedy to the film with is portrayal of Carl, who — despite his tough guy front — is afraid of everything. He delivers some of the best dialogue of the film, and the humor makes it entertaining right from the starts. It’s also a big reason why the film is so good.

Also impressive is Alena as Amy. I found myself sympathizing with her character, as she is in constant turmoil with her estranged husband Derek, who looks to be the only one who has really moved on following their separation. As the film progresses, however, you start to question her connection to the Spectre and how much involvement she has in the events which start to occur. 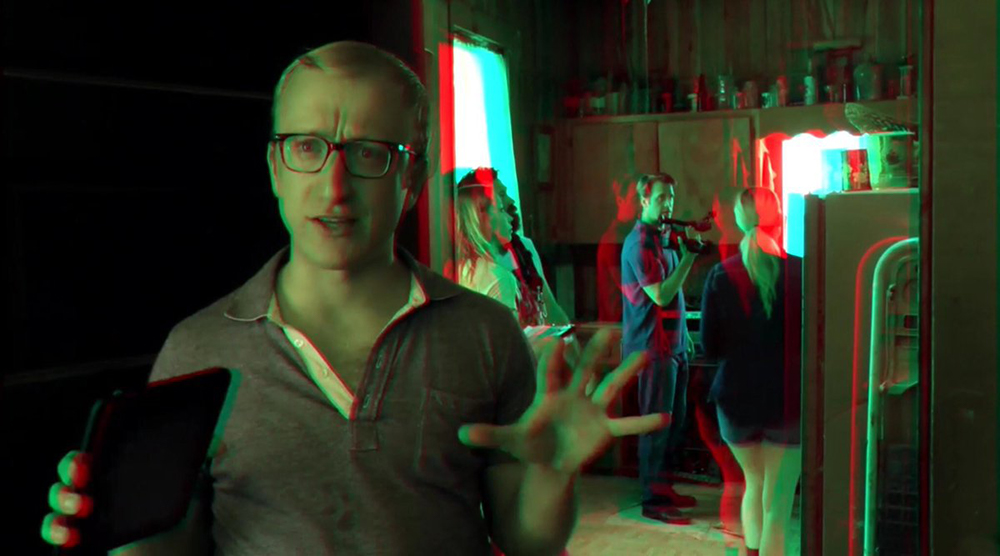 This sense of uncertainty regarding her character comes into play late in in the film, in a chilling moment where she is calling out for help on the camera radio. It’s a scene that leaves audiences divided. You know that helping her is the right thing to do, but at the same time you find yourself rooting for the rest of the crew to leave her and just try to escape.

It is easy to compare the film to Scream (1996) because of the way the characters continue to dissect the found footage genre. Their knowledge of the genre sets a running commentary of the “rules” while making the film. Unbeknownst to them, the events of the film within a film are also reflected in the occurrences affecting the crew, which (in a clever twist) run almost in parallel to the events in the script. 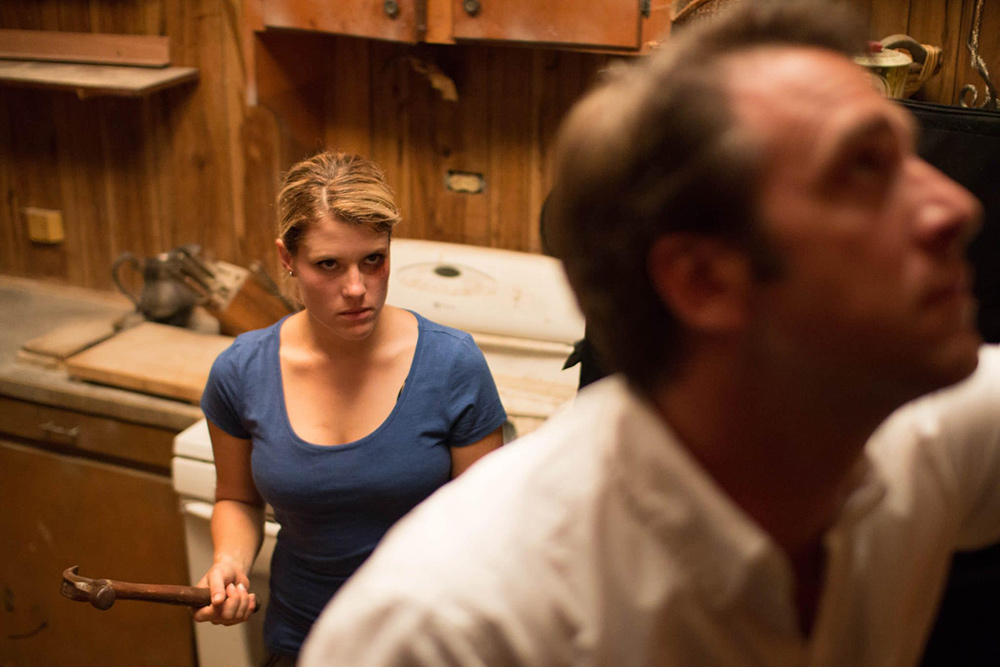 Scenes between Derek and Amy as a husband and wife in the film ‘The Spectre of Death’ have been written as a reflection of their own real relationship, which naturally resonates in the performance between the two characters. This causes several moments during filming where the crew are left unsure as to when they are acting and when it is just pure emotion.