The Forest of Lost Souls (A Floresta Das Almas Perdidas) is a creepy, inventive and original black and white Portugese film with a shocking twist 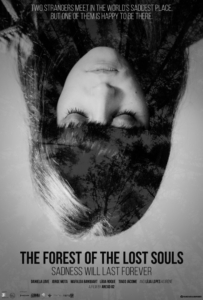 Foreign language films are sometimes difficult to watch. But that’s not the case with this excellent offering from talented director Jose Pedro Lopes, who utilizes his exceptional talent for visual storytelling to wonderful effect.

Shot for a reported budget of just £3000, the captivating script and beautiful cinematography are compulsive viewing.

When Ricardo (Jorge Mota), a middle aged father with a troubled past, travels to the Forest of Lost Souls (a beautiful wooded area complete with scenic lake) — a notorious suicide hot spot — with the intention of ending his own life, he meets Carolina (Daniela Love), a teenage girl who also seems to be there for the same reason. 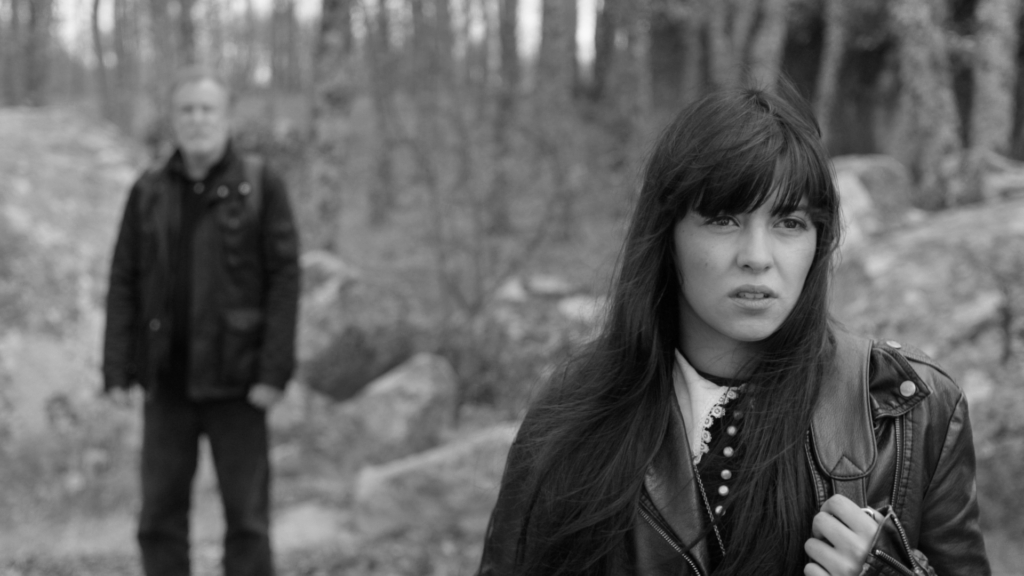 As the couple engage in deep conversation, Carolina seems intent on talking Ricardo out of his plans without being direct. The two strike up an unlikely but utterly believable bond as they walk through the forest, searching for the lake — all the while building atmosphere and backstory without ever seeming contrived. As they reach the lake, a type of pact is made between them, and from this point on the film takes a menacing twist which is entirely unexpected. Without giving too much away, Carolina’s intentions are not what we expect, and the sinister nature of her appearance at the forest to confront Ricardo becomes clear. 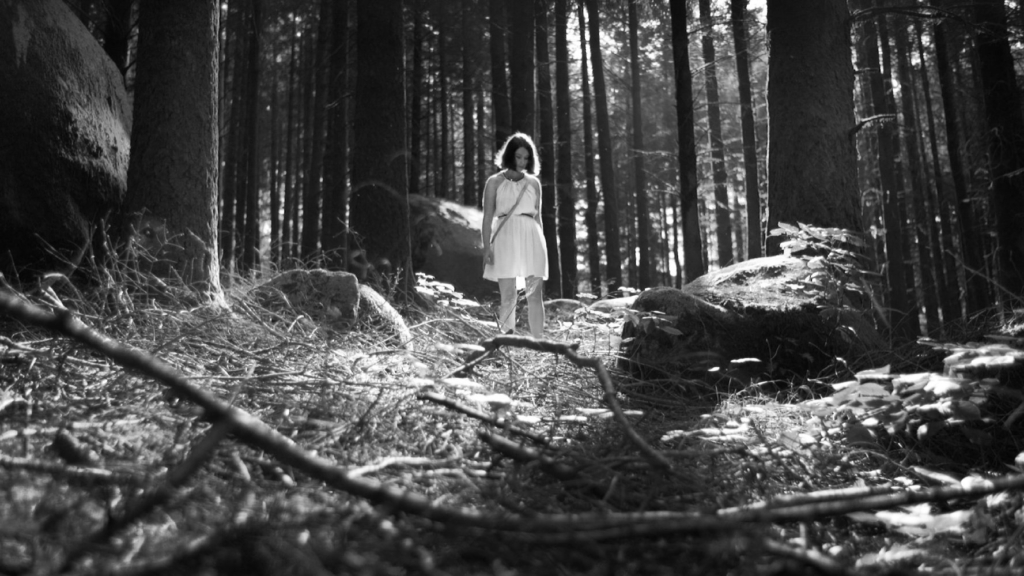 The remainder of The Forest of Lost Souls is a chilling thrill-ride into some pretty dark territory which culminates in a rather bleak and open-to-interpretation ending.

The performances of both Mota and Love are excellent throughout. They quickly strike up a kind of love-hate relationship, very much a father/teenage daughter scenario, and the acting quality serves brilliantly to enhance the believable dialogue in the script.

The apparently bold choice to use black and white for a film set mostly in the exterior (and in such a stunning location) really works well by making the audience focus on the horror of the characters more than the environment. It presents us with the idea that not everything is purely black and white, and that there are hundreds of both literal and figurative grey areas in between. 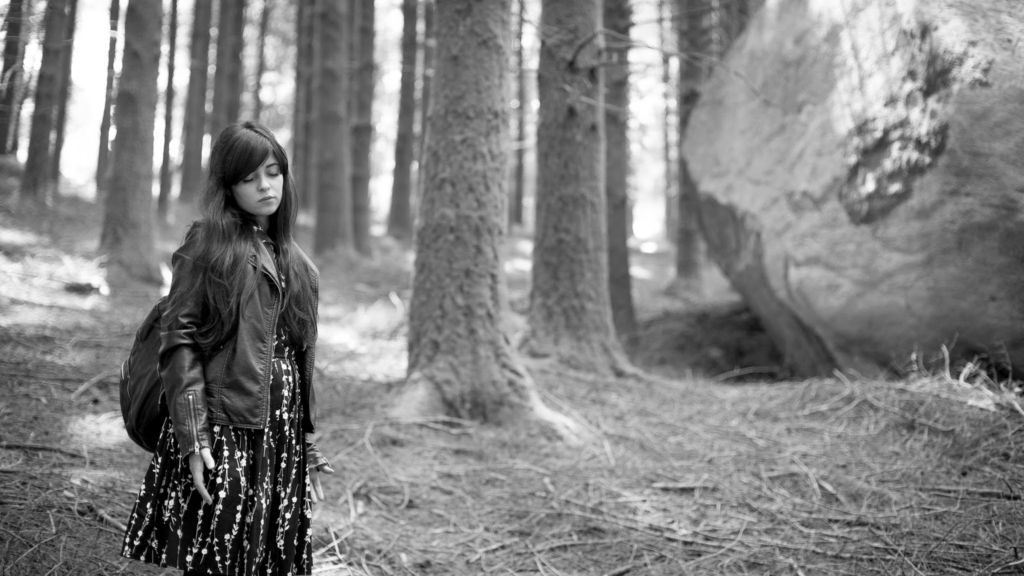 While the film is quite dialogue heavy in the first half, don’t let this put you off if you’re not into foreign language films. The second half of the films is visual storytelling in a pure form, which allows you to concentrate on your own interpretation of events rather than being spoon fed answers by the filmmakers.

If you’re into highly stylized offerings, then you should definitely seek this one out – at only 71 minutes in length it feels like a much longer film and will leave you mulling over the ending for some time (it sparked quite a lively debate with the group I saw it with).

With no release date set as of writing, The Forest of Lost Souls is still doing the festival rounds. But, if there’s any justice, it will get a wide release and definitely deserves your time.