If you missed “I Trapped the Devil” earlier this year, now is a great time to catch this tense and terrifying film set against a holiday backdrop.

During the holidays, Matt takes his wife to see his brother Steve, whom he hasn’t seen in a while, but Steve is hiding a scary secret.

Written and directed by Josh Lobo, I Trapped the Devil is a slow burn, but the payoff is worth the wait. This film manages to create taut suspense by allowing viewers to guess what truth is and what is reality by presenting convincing arguments for both sides. AJ Bowen (You’re Next, Satanic Panic, Tom Holland’s Twisted Tales) plays the straight man to the crazy, shifty-eyed gaze of Steve (Scott Poythress, Homeland, The Resident).

The buildup to the conclusion is brilliantly done, keeping the uneasy feeling up for the duration of the film.

Matt and Steve are estranged brothers, and with Christmas looming, Matt decides to take his wife, Karen (Susan Burke, Southbound, Stan Against Evil), and drop by for a nice holiday visit with his brother. Matt and Karen likely had no idea what they’d be dealing with on this cold December evening as they dropped in unexpectedly. They were hoping to be met with open arms but were instead faced with an unwelcome and even fearful feeling coming from Steve.

Set against the backdrop of a dark, chilly night and flashing Christmas lights, the mood is instantly set.

Steve’s suspicious behavior leads Matt and Karen to wonder what the mental situation is that Steve may be suffering from. The pair decides to stay the night and see what happens and if they could possibly help Steve who is clearly distressed.

Steve is uncomfortable, and after a while he decides to confide in his brother about what’s bothering him. He’s hiding Satan in his basement. It’s not exactly what Matt was expecting and convinces him and Karen that Steve’s a few cards shy of a full deck. Steve even has one of those crazy guy rooms that contains a plethora of newspaper articles which are taped to the wall and ceilings, plus a heap load of conspiracy theories about evil taking over the world and killing ordinary people.

Hallucinations and paranoia add up to Steve being less than sane, so it’s easy to see why Matt is worried about his brother.

Steve is jumpy and skittish, takes weird phone calls, and leaves the room a lot. Karen finds a gun and bullets hidden in a box, and Matt is convinced Steve has a man held hostage in his basement. How will he salvage this scary situation? Matt doesn’t know how to react, and it’s clear he wants to help his deluded brother any way he can. He genuinely cares for Steve and is growing fearful and hopeless.

Is Steve crazy or is there truth to his claims?

What is really in the basement? It’s evident that  something is in there as it bangs against the door. Steve begins to act even more irrational and afraid as the suspense, fear, and curiosity about the basement grows, ultimately leading to violence and bloodshed as the film builds to a crescendo.

The deep voice coming from the basement is convincing when it pleads with Matt and Karen to let it out, but Steve is insistent that there is something evil in the basement, not just a mere mortal man.

Now it’s up to Matt and Karen to figure out how to get Steve, the man who thinks he has the devil in his home, the help he needs. These two are clearly in over their heads as they try to comprehend the nonsense Steve seems to be selling them.

Side note: don’t miss the cool cameo by genre fave Jocelin Donahue (House of the Devil).

There are no flashy effects in this film, no crazy gore or over-the-top sets.

The incredible acting, frightening music, and looming sense of dread create an atmosphere that few movies can pull off convincingly.

A small cast, one location, and three extremely talented actors make for a realistic and character-driven movie that allows you to really get into the minds of the characters and get to  know them. This movie is a sterling example of doing more with less. Sinister music, composed by Ben Lovett, and a well-paced plot move along at just the right speed to allow the uncertainty to sink in.

I Trapped the Devil is a movie that doesn’t rely on gimmicks, so it’s up to the actors to create the sense of terror, suspense, and fear that this movie relies on to keep the tension building. Luckily, this stellar cast plays it perfectly and creates realistic characters that you can honestly relate to. When Karen goes down to the basement to release “Satan”, you can understand why she hesitates in spite of knowing that there’s no way that could honestly be the devil behind those doors.

I think that’s what makes this film so creepy: this isn’t a ghost or some campy supernatural entity that would be easy to write off as fake. This is a real person that this nutty guy has trapped and locked in his basement, bringing a human aspect to it. But there’s still the prickling element of fear that keeps the couple from removing the locks, because what if Steve is right? 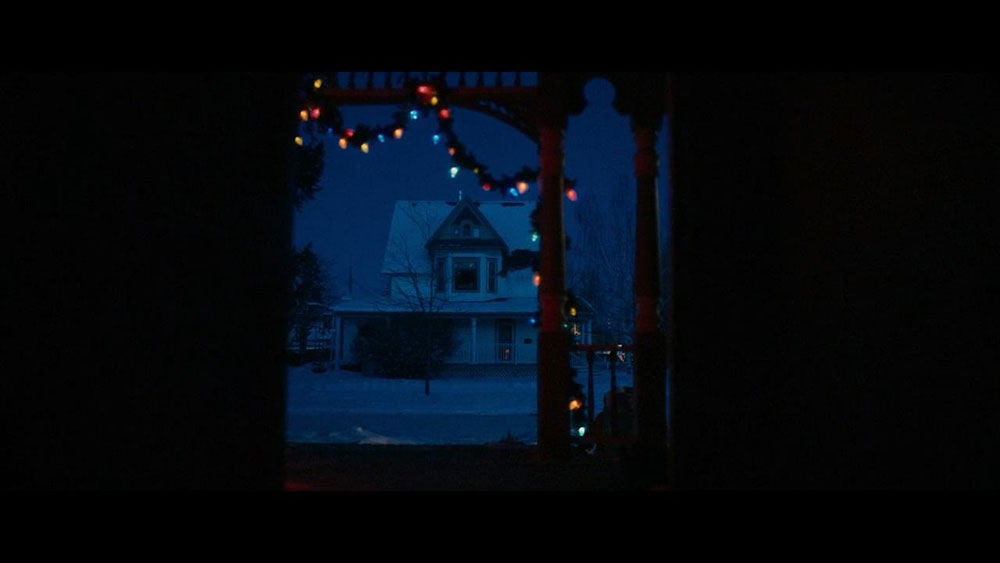 More movies should be based around a well-written plot, great actors, and minimal CGI to showcase the story.

You don’t need a big budget to make a truly terrifying film, and I Trapped the Devil proves that.

Yes, it’s a simple story, but it’s creative, unique, and engaging with an ending that made me smile! Instead of more remakes, horror should be about fresh, new stories and characters, and this is a sterling example of something completely different. There’s not one moment that lags or slows down. The taut timing keeps you from boredom as the story unravels.

Well-written and perfectly acted, I Trapped the Devil is a treat for horror fans who love the slow build of a film that culminates in a satisfying and eerie ending. It’s definitely a movie you won’t soon forget. I can’t wait to see what Josh Lobo has in store for us next!

Released by IFC Midnight in April 2019, I Trapped the Devil is available now on Hulu, or for rent via major streaming platforms.