In the early goings, The Cannibal Club feels overly familiar in its invocation of class politics – think Society, or Eating Raoul – and even metaphorically heavy-handed; it is, after all, about a cabal of cannibalistic Brazilian plutocrats.

Fortunately, it doesn’t take long to congeal into something much more interesting, which is thanks in no small part to the work of its female lead.

They are also part of the aforementioned cabal, which we learn is also something of an old boys club. And Gilda is beginning to bristle. Luiza Rios does especially great work in these moments – in one, Otavio tells her she needs to better respect his authority; which garners a savage laugh. It may or may not have been a deliberate choice, but it’s fitting in any case that our anti-heroine shares a name with Rita Hayworth’s iconic femme fatale.

At another point, we see them fighting as Otavio heads out for what we learn is one of many ‘no-wives allowed’ cabal affairs. “You only obey,” she sighs, before bidding him a very chilly “ciao.” Despite outward appearances, she’s the real dom in this relationship.

So the stage seems set for Gilda to assert herself and perhaps usurp the patriarchal forces at work. That would’ve been a fine way for writer-director Guto Parente to approach The Cannibal Club, and Gilda does set things in motion by making a power move against Borges (Pedro Domingues), a powerful political figure and senior cannibal, but it goes a different way in the end. The conclusion is pleasantly surprising, with the couple proving to be (almost) touchingly loyal to one another in the end, although (borderline spoiler) the working class do get one back.

Technically speaking, Parente honors Luiza Rios’ work (and that of the rest of the equally great cast) with lush visuals.

An introductory scene on the couple’s sumptuous property, for example, nicely juxtaposes the tropical beauty with the shocking pinks and reds of the long pig Otavio serves his deadly lady.

There’s a wonderful streak of black humor here as well. As it all goes wrong our couple discuss solutions. Gilda, true to her character, wants to go on the offensive against the other plutocrats. Otavio protests, insisting that, despite their history with the help, they simply don’t have the stomach for murder. 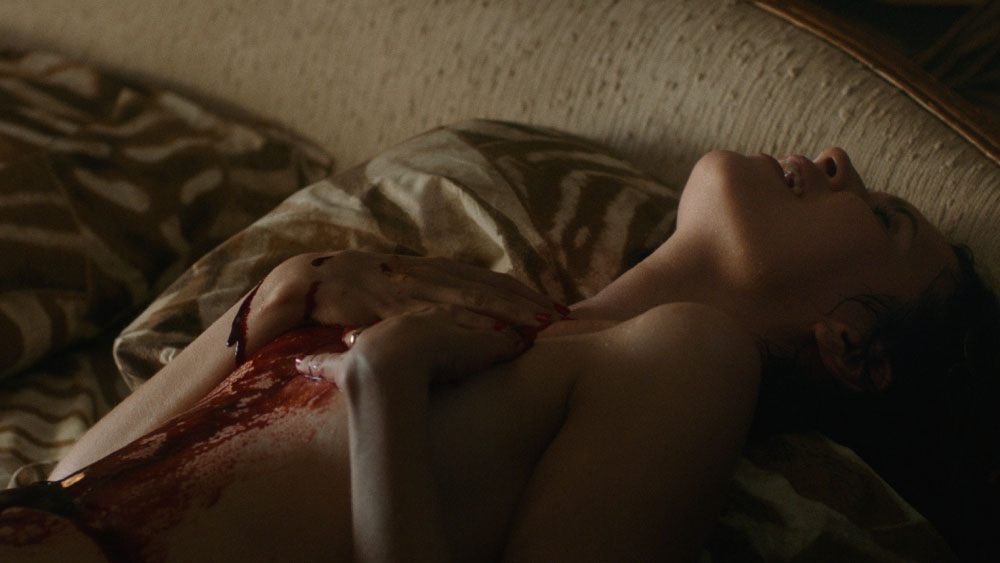 Gorehounds may be left disappointed by Parente’s restraint – there’s not much in the way of literal viscera, and what would otherwise be the film’s most operatically bloody scene is not seen, but only heard from the wrong side of a closed door. But the ultra-tight script gets us in and out in just 80 minutes that, if you’ll forgive the obvious joke, won’t leave you hungry for more.

Parente hasn’t reinvented the sub genre, but The Cannibal Club is delicious, and completely satisfying.

The Cannibal Club arrived in select theaters on March 1st and is now available on demand via Uncork’d Entertainment.