The “Critters” franchise has been given new life on Shudder, and it was a thrill to revisit the 1986 classic that started it all on the big screen.

Once more, the amazing folks at the Alamo Drafthouse Phoenix have done it again. Victor Moreno and company rolled out another stellar Terror Tuesday, giving fans reason to cheer as they proudly presented the badass 1986 cult classic, Critters.

“When you’ve got Critters, you need all the help you can get.”

Seeing the original 86 classic on the big screen was an absolute dream come true. There’s nothing quite like watching the deadly eating machines wreak havoc on the small farm town residents. The Krites are arguably the nastiest and meanest creatures in all of horror. With their insatiable hunger and ferocious appetites, they’ll literally eat you alive.

There are certain genre classics that are made to be played in the theater. 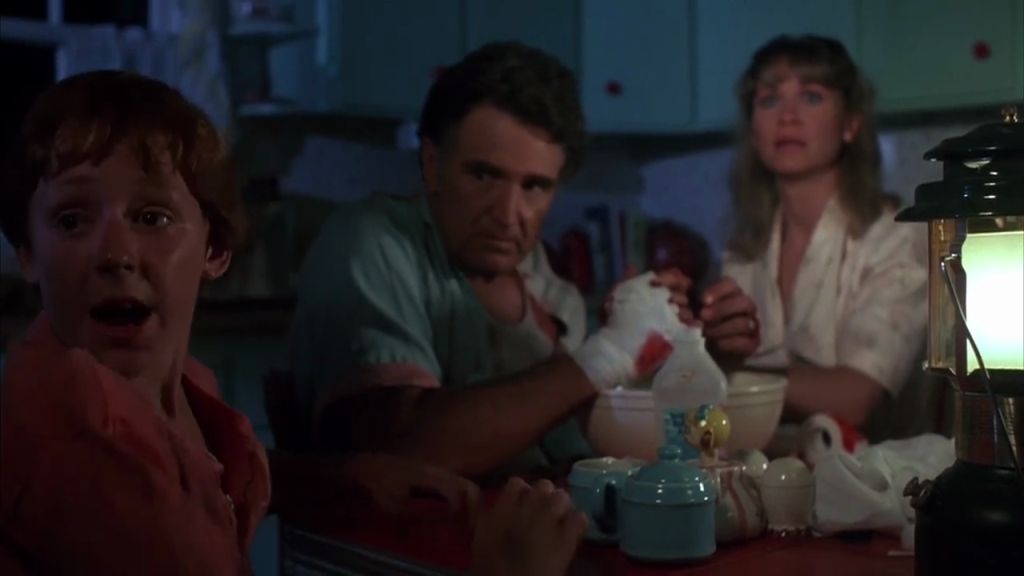 Legendary, everlasting films can only be enhanced when displayed the way they’re meant to be. While action movies benefit the most, horror films reside atop that list as well. And a film like Critters is undoubtedly much, much better on the big screen — the way it was made to be seen. 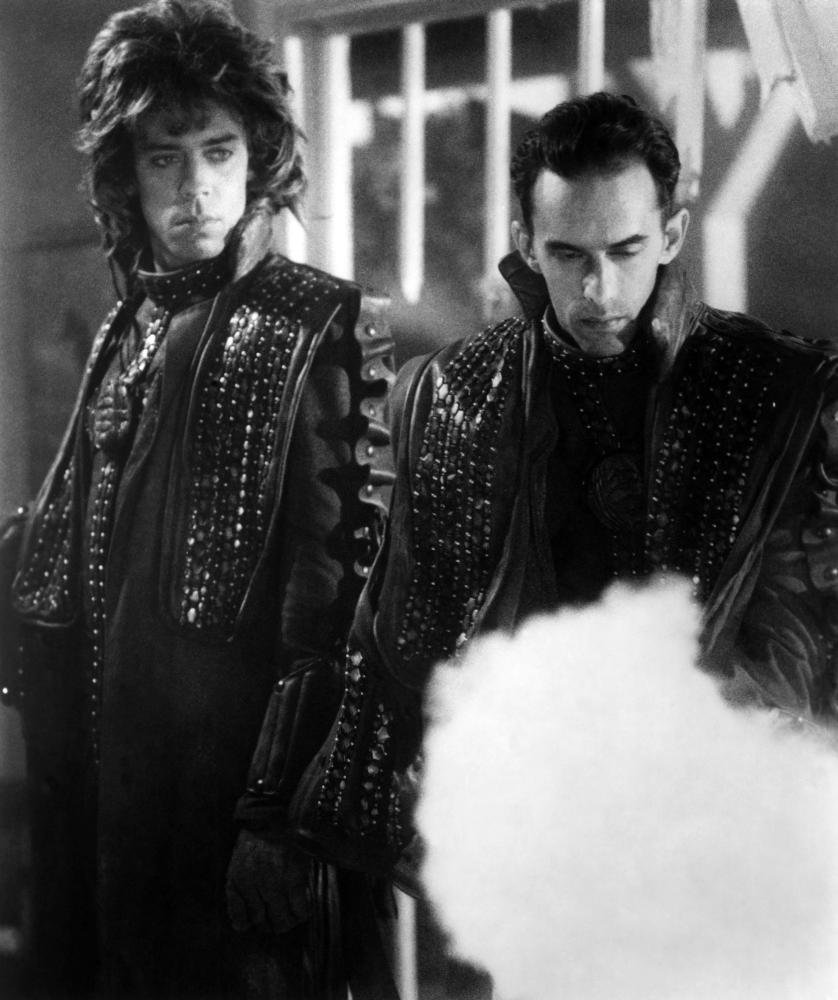 The gore in this is phenomenal. The Critters are beautifully fabricated, scary and intimidating. They’re ugly as hell with rows of razor sharp teeth, enabling them to eat anything and everything in their path. They multiply like the plague and grow to be as big as humans in some cases. Definitely not the type you want to tangle with in a dark room.

The sets and costumes are perfect. The farmhouse, church and police station give the town a warm, inviting appeal. The costumes are really well done — especially the bounty hunter getups. They’re still some of the best uniforms around. Also, the sound and editing help produce a slick, entertaining ride, that’s out of this world. The directing and editing are also exceptional. The cinematography is excellent and very inspiring. 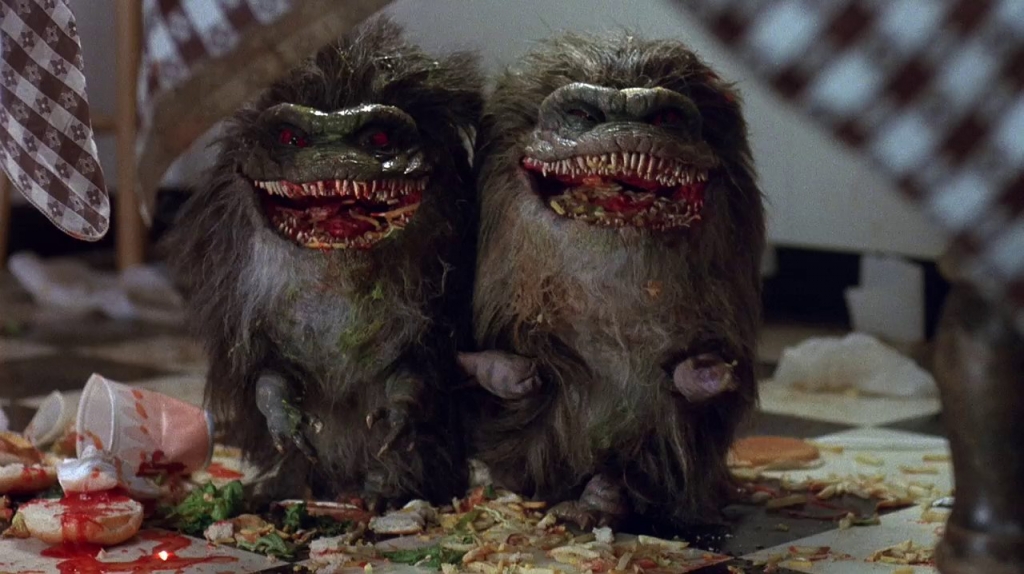 Amazing performances from an iconic packed cast make it one of the most entertaining horror films of all time. It’s intelligently written and possibly the best, most well rounded horror film of its time. Many tried, but no other group of creatures produced as many sequels as the Krites.

In the beginning there were ten, but they were eating everything in sight and the guards had to kill two of them in order to make the food last longer. They were being transferred via transport ship to the desolate, prison asteroid – sector 17, Maximum Security. During the transfer, the Krites managed to escape – all eight of them. After crash landing on earth, they continued to do what they do best, eat.

Luckily for fans of the Critters, they have returned with what essentially is another feature film. 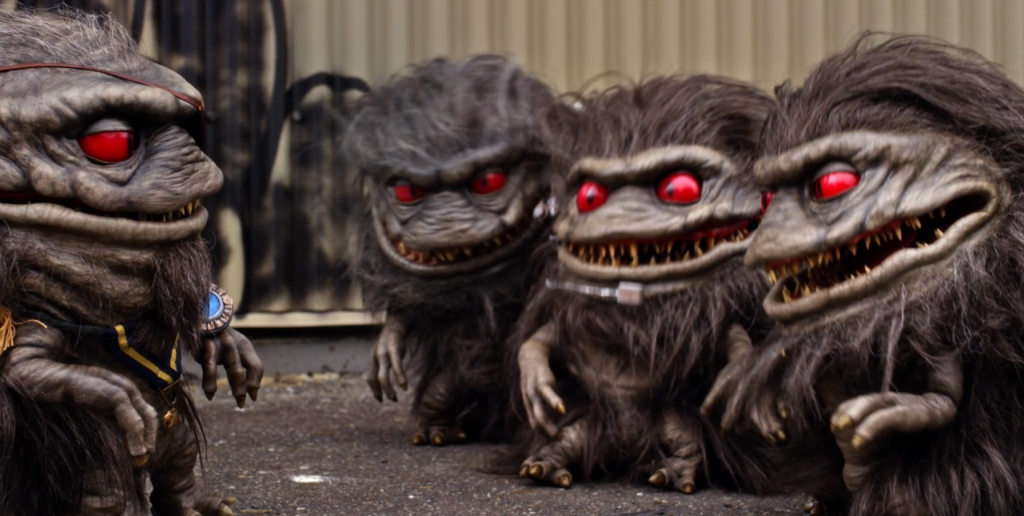 Critters: A New Binge, exclusively on Shudder, is an eight part series, each episode running an average of ten minutes apiece. It’s heartwarming to see the Krites revived and revisited once again. And thanks to the new series, we were gifted a chance to catch the original film on the big screen. It’s definitely one of the most memorable movie going experiences you could possibly have.

There aren’t any creatures in the vast horror universe as cool or as deadly as the Krites. If you get the opportunity, do yourself a solid and catch this film in theater. It was made for the silver screen.

Also, don’t forget to check out Critters: A New Binge on Shudder for more Critter carnage.