Harkening back to a time of youthful innocence, The Ice Cream Truck is eerily atmospheric and thought provoking — a devilish storm of fun 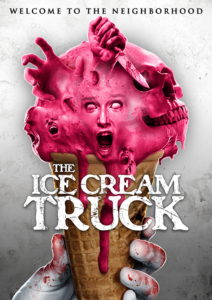 There is nothing more appealing on a warm summer night than some sweet, cold, old-fashion ice cream. A mouthful of your favorite flavor is enough to put a smile on the most disparaging of faces. That is of course, unless your local ice cream vendor happens to be a brutal serial killer.

As a child, the sound of the ice cream man coming down the street brought happiness and joy to the neighborhood. Kids would grab whatever money they could and rush to stand in line, waiting for a chance to get their hands on a tasty treat. It was a childhood tradition and even a rite of passage for some. 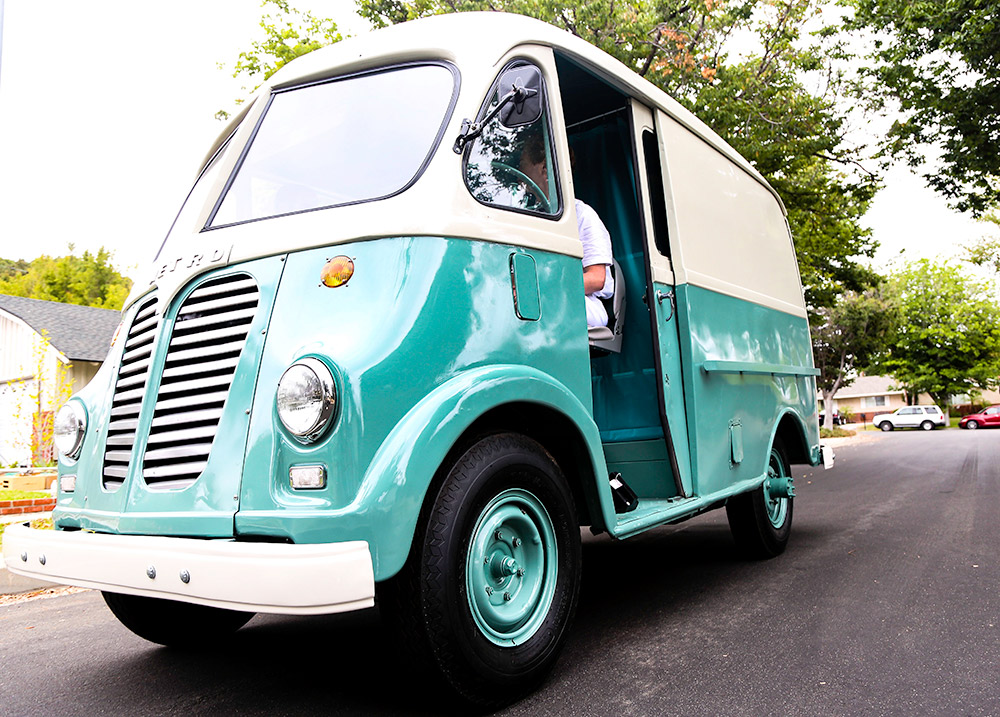 The 2017 film The Ice Cream Truck, plays like a perverse poem brought to life.

Spectacularly crafted and engaging, this is not a film to be missed for hardcore fans. Written and directed by Megan Freels Johnston, this film stars Deanna Russo, John Redlinger, and Emil Johnsen as the soft spoken, maniacal ice cream man.

Mary (Russo) relocates back to her hometown, her family staying behind to take care of necessities before joining, leaving her to fend for herself with nothing but time to waste. Enter the eighteen-year-old heart throb, the next door neighbor Max (Redlinger), and a forbidden, lustful romance ensues. But what’s with the oddly peculiar ice cream truck Mary has been seeing around town?

“The Ice Cream Truck” is a hypnotic night terror, beautifully violent and tantalizing. This is not your average slice and dice film, however. It’s a slower, free-flowing, gorgeously formulated film that will leave you in a trance-like state as the credits roll.  To take something so sacred and adolescent, and twist it into such a wicked, demented tale, is highly reminiscent of films such as “Jaws” and “Psycho”.

This film was wonderfully written and directed, gliding smoothly like a cascading river. The visuals were magnificent and ravishing, everything crisp and on point. The sets fit perfectly, giving an old school look and feel while still projecting a modern accent. The costumes were superb, teleporting you back in time, yet remaining practical and relevant. The acting, while at first glance appearing amateurish, was actually absorbing and experienced.

I have to say, I wasn’t expecting much from this film, even though it had previously caught my eye and piqued my interest. However, I found it impossible to advert my attention to any other interest while the film played. It was so well rounded and bewitching, touching on a near and dear subject so close to home — which is a very scary thought.

The old school ice cream truck used in the film was dazzling and absolutely badass.

The truck was gracefully original and prepossessing, a force all in itself. Also, the acting by Emil Johnsen as the ice cream man was so threatening and disturbing, he instantly captured my attention. Johnsen’s execution and tone used to deliver dialogue was ominous and chilling. The cool, calmness of his character, even during the kill scenes, was unnerving to say the least.

There wasn’t much in the gore category. However, the kill scenes were ultra-violent and cleverly engineered. They were precise and heavy, like being struck on the noggin by a blunt object. While minimal and simplistic, the kills were no nonsense and cut right to the point, leaving nothing to question. Also, there’s an unforeseeable twist that will have your imagination running wild.

Subtly swift, this haunting film will whisk you off your feet and usher you to the dark side of the spectrum. Captivating and dreamlike, The Ice Cream Truck is an elegant, ethereal nightmare. This film isn’t for everyone, but if you like slower, brilliantly assembled filmmaking/horror, this is definitely one for you.

I give this film 2 out of 3 scratches.

So, if you dare, take a spin around the block with The Ice Cream Truck. It’s sure to be a sweet treat.