The Lovecraftian tale “Dagon” is atmospheric and dreamlike, submersing you in a fantastical, twisted world of untold evil.

“We shall dive down through the black abysses…and in that lair of the Deep Ones we shall dwell amidst wonder and glory forever.” –H.P. Lovecraft. 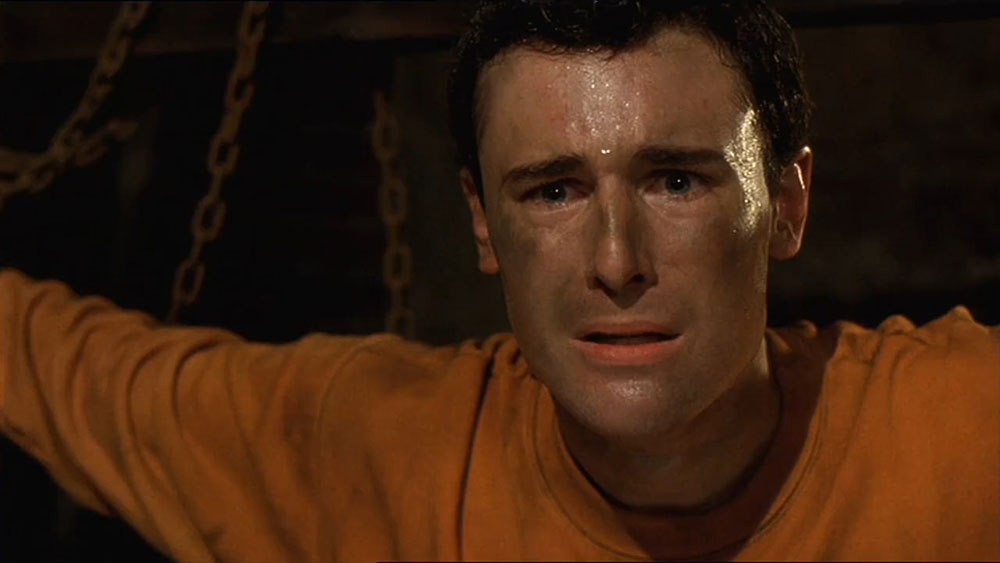 Dreams, for the most part, are occasionally haunting and at times extremely frightening. When it comes to dreams, they’re not always happy nor enchanting. While dreaming is often considered a gateway to understanding the subconscious, some visions can be downright terrifying. Especially when they’re a prelude of something ominous to come.

The 2001 Lovecraftian based film, Dagon, is directed by the Legendary genre favorite, and professed Lovecraft aficionado, Stuart Gordon (From Beyond, Re-Animator). The film stars Ezra Godden, Raquel Meroño, Macarena Gómez, Alfredo Villa and the late, Legendary Spanish actor, Francisco Rabal, whom the film is dedicated to, and who died shortly after the film wrapped.

When their boat hits a rock and suddenly begins to sink, Paul (Godden) and Bárbara (Meroño) seek solace in a nearby fishing village, just off shore. But the seemingly quiet village is more than it appears to be on the surface. 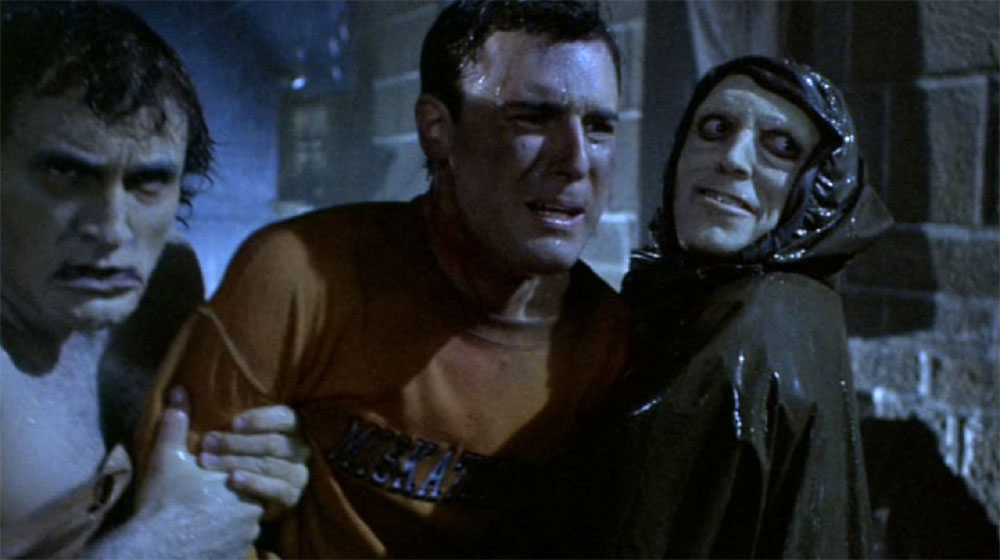 Dagon is atmospheric and dreamlike, submersing you in a fantastical, twisted world of untold evil.

Based upon the classic short works of H.P. Lovecraft, “Dagon” and “The Shadow Over Innsmouth”, this exotic, disturbing film will send shivers down your spine, shocking even the most hardcore of fans. This is not a film for the faint of heart. It’s extremely violent and ruthless, unleashing a flurry of sadistic mayhem upon its viewers.

Everything in this film blends together perfectly. The proficient and experienced directing of Gordon combined with the substantial acting of Godden and Rabal, really sets the intended tone of the film. The adapted story was wonderfully pieced together and the dialogue was both eerie and sharply smooth, like a scalpel in the dark. Its equal parts entertaining and scary, yet leaning slightly more towards the darker, macabre state of consciousness. 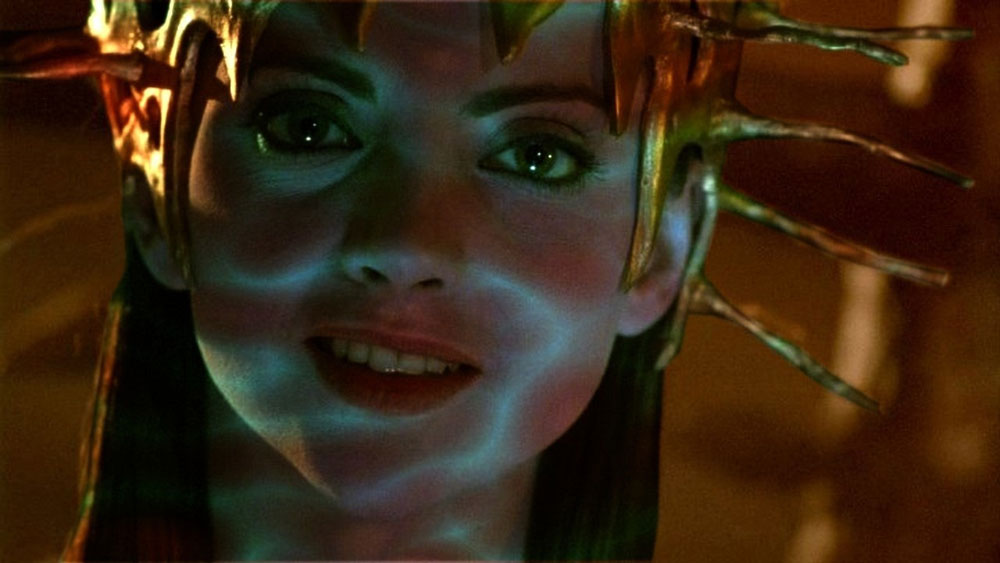 The costumes were perfectly suited to the film, aiding in creating a penetrating ambience of dread and worry. The Miskatonic University sweatshirt was especially attentive, playing to the swarm of Lovecraft fans. The lighting was spot on and the deceptive use of shadows helped forge the cloud of doom that appeared to linger over the quaint fishing village. The village is one of the stronger, creepier sets to appear in the genre. The overall cinematography was brilliantly executed, giving the film a distinctive sense of unescapable ruin.

While the film is genuinely unnerving, it hits hard on a variety of different tiers.

For one, the destruction and desecration of sacred Catholic artifacts in a scene, is bound to strike a sacrilegious cord in some viewers, causing them to switch the film off immediately. Combine that particular with the town’s people who are changing into monstrous sea like creatures, another blasphemous mark, and it’s bound to cause some desired controversy. 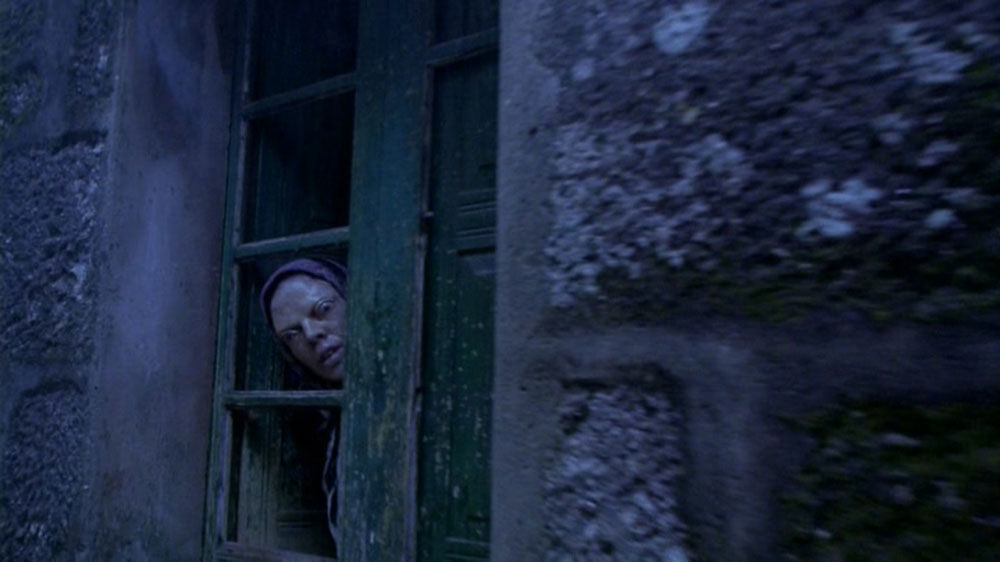 ‘Dagon’ stays true to the genre, resulting in an antagonizing and sometimes insulting watch. It’s a film about personal beliefs and religious preferences, all rolled into one neat little package. It takes the topics of spirituality and fear and trounces on them. It breaks down subjects that are on full view daily, essentially flipping them back onto the viewer, attempting to spark a range of savage emotions. It taunts you with annoyance and does its best to infuriate those little things you hold dear, a lovely genre trope.

For dedicated fans of the genre, films like Dagon or similarly Possession, take horror to an unfamiliar, unconventional place. While some are joyfully accepting of the concepts, most aren’t capable of bridging those sanctums. Films like these, create nerve-racking, intensely woven pockets of terror, previously uncharted. 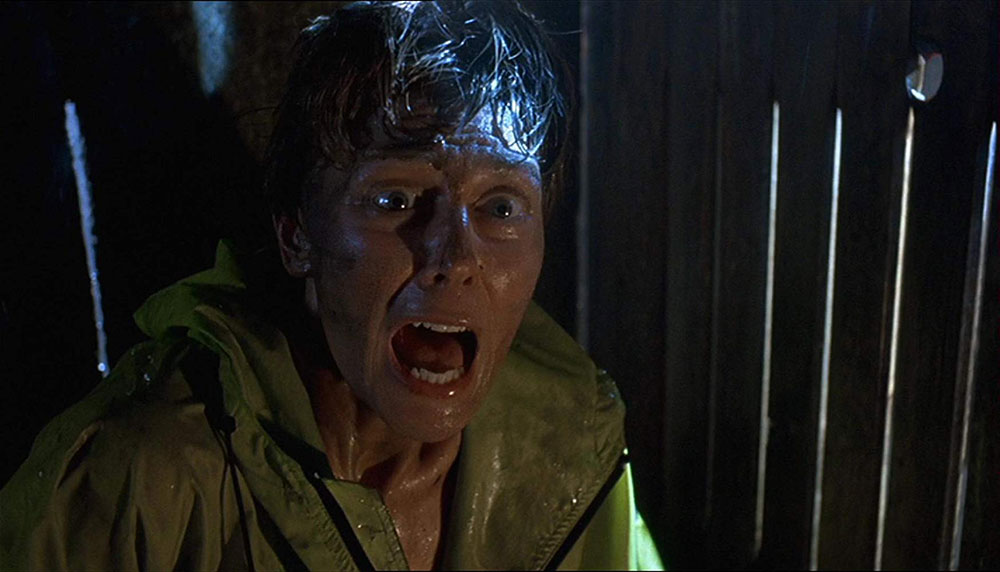 Sometimes in the genre, a film takes you to a stress filled, obnoxious destination, causing you to want to hit the stop button instantly. Which is exactly where this film stands.

Aside from the brilliant directing and acting, what really commands attention is the glorious display of practical effects. While there are some scenes involving computer generated imagery, the majority of the film utilizes dazzling practical gore. The effects are nearly on par with Gordon’s film, From Beyond, and not far below John Carpenter’s film, The Thing.

Without these practical effects, the film wouldn’t have the gunpowder required to hit the mark. There’s even a scene where they perfected the peeling of skin from a man’s face, á la Gordon’s classic, From Beyond. 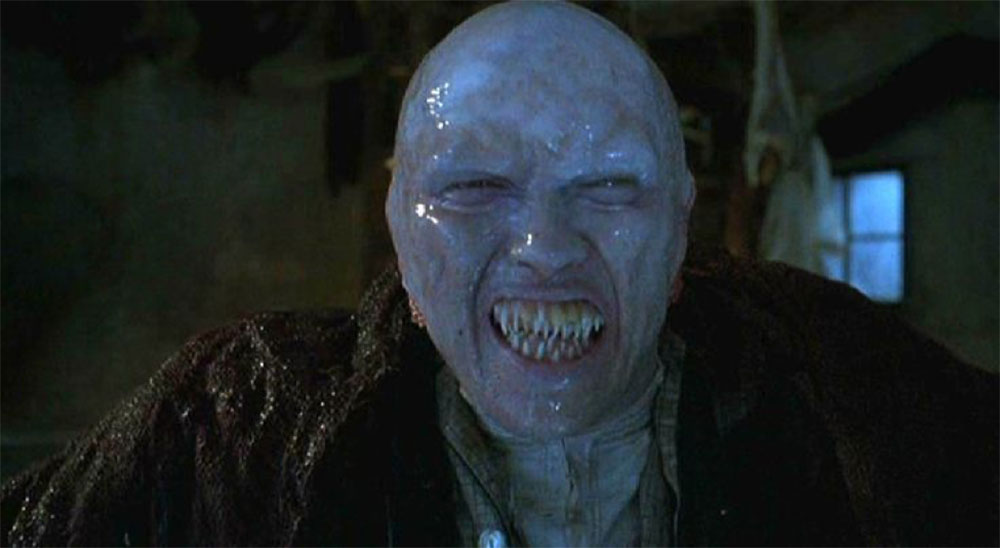 Overall, I give this film 2.5 out of 3 scratches for its intense, nerve fraying, fear building proficiency.

In the end, Dagon is a spectacular spectacle of madness and gore. It’s a vicious, night terror inducing, atmospheric masterpiece. An all-around solid view. It’s just a fun watch, snatching up attention like a starving succubus. This film is not for everyone. So, if you’re able to muster up enough courage, pop this in and buckle up. It’s bound to be one hell of an interesting time.