Stephen Spielberg’s “Jaws” is an undisputed masterpiece of true terror, and nothing compares to seeing it on the big screen in all its original glory. 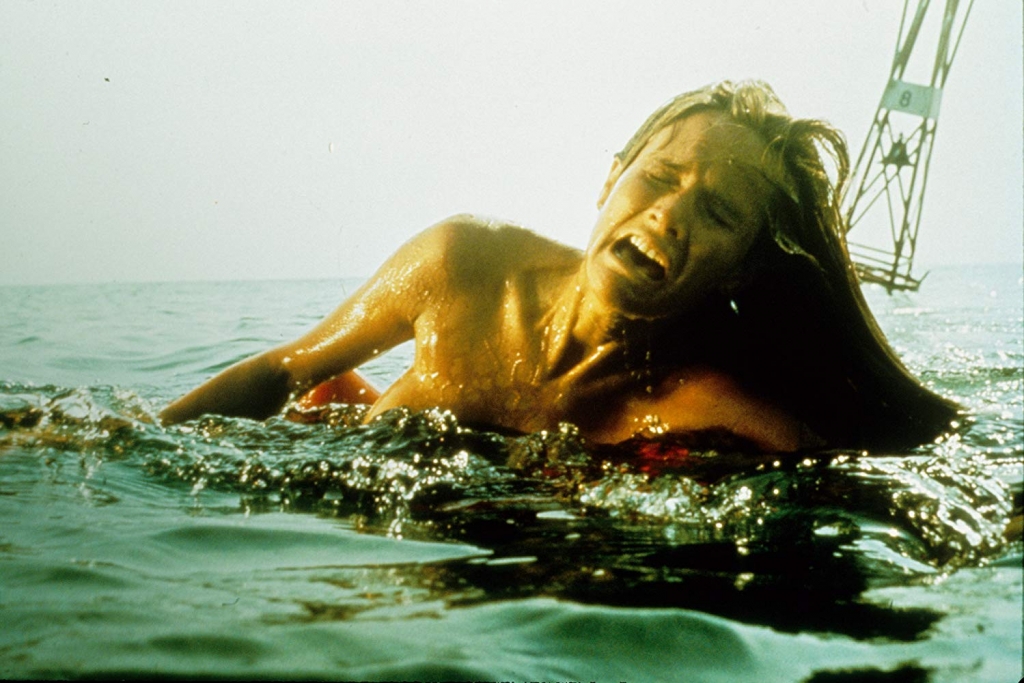 When it comes to the pillars of horror, few films have had a lasting impact on the genre. While many have left their mark, only a handful are responsible for shaping what we see today. They’re indelible pieces of cinematic history and still remain in constant heavy rotation to this date.

With its terrifying premises and intoxicating score by the legendary John Williams, it’s no wonder the film is still a fan favorite decades later. It’s the original wide release “Summer Blockbuster” after all. 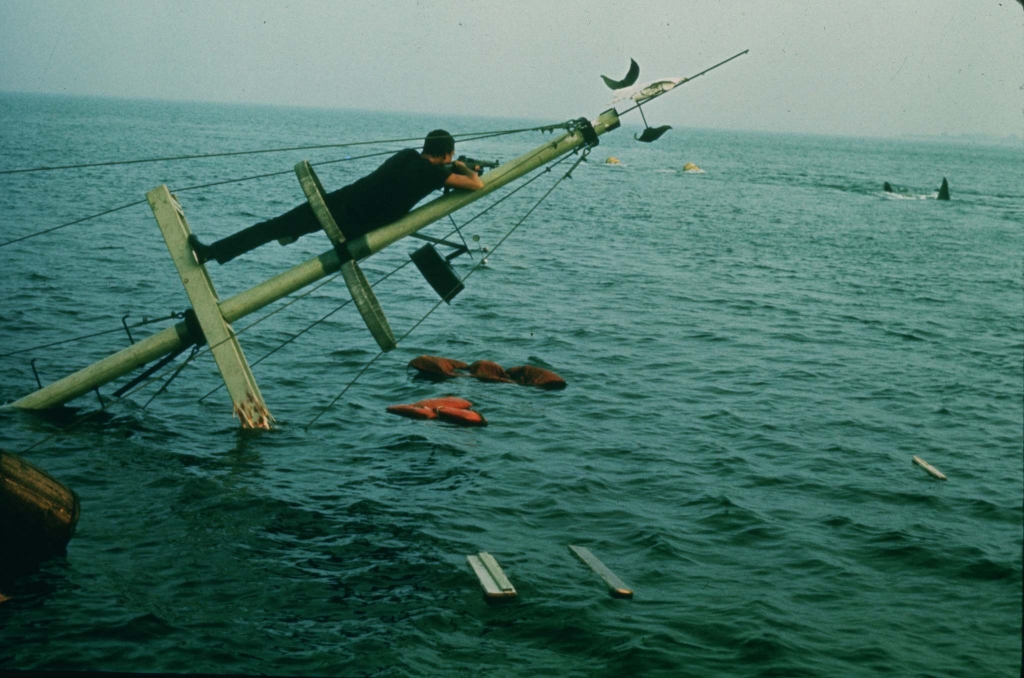 Certain films were made specifically to be seen in a theatrical setting. And thanks to the amazing crew at the Alamo Drafthouse Phoenix, fans were gifted a chance to catch the 1975 classic on the big screen, in 35mm — the way it was meant to be seen. There’s simply no movie going experience in the world like seeing the immortal great white spill the blood of beachgoers on Amity Island.

Jaws is arguably the greatest film of all time.

If there was ever a film made to be seen in the theater, this is it. The bigger the better. There’s nothing like watching a three ton, twenty five foot shark dismember tourists and townees at will. The film’s created tension and suspense unlike any other before, nor since. It’ll literally have you on the edge of your seat, gasping in horror. It’s shocking, gruesome and just bad f’ing ass! 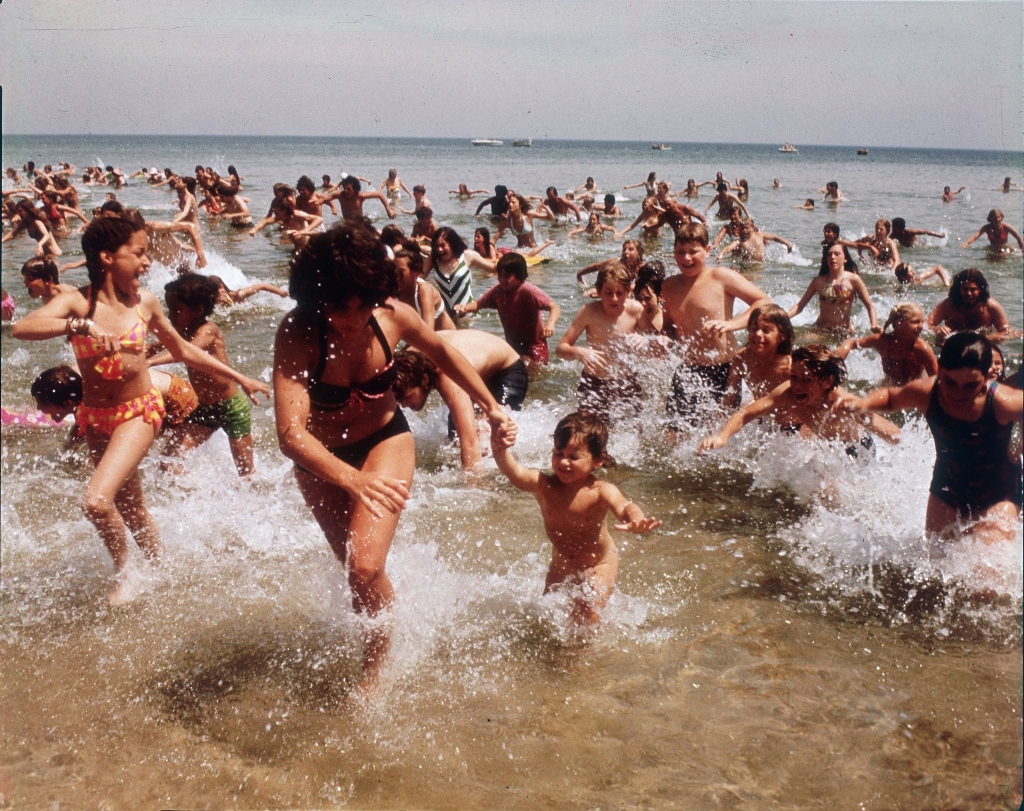 Everything about it is beautiful. The lovely, effective ocean shots, detailed costumes, and phenomenal gore. Not to mention the gorgeously fabricated mechanical sharks. There’s no denying its brilliance. With its experienced cast and crew, award-winning editing and sound, and original score, the film is bound to continue to scare and invoke new fans for decades.

You can’t imagine the ocean without thinking of a shark attack. However, you are way more likely to get in a car accident on your way to work than you are to get attacked by a shark while swimming in the big blue.

With its menacingly score and ferocious attack sequences, Jaws continues to terrify audiences generation after generation. 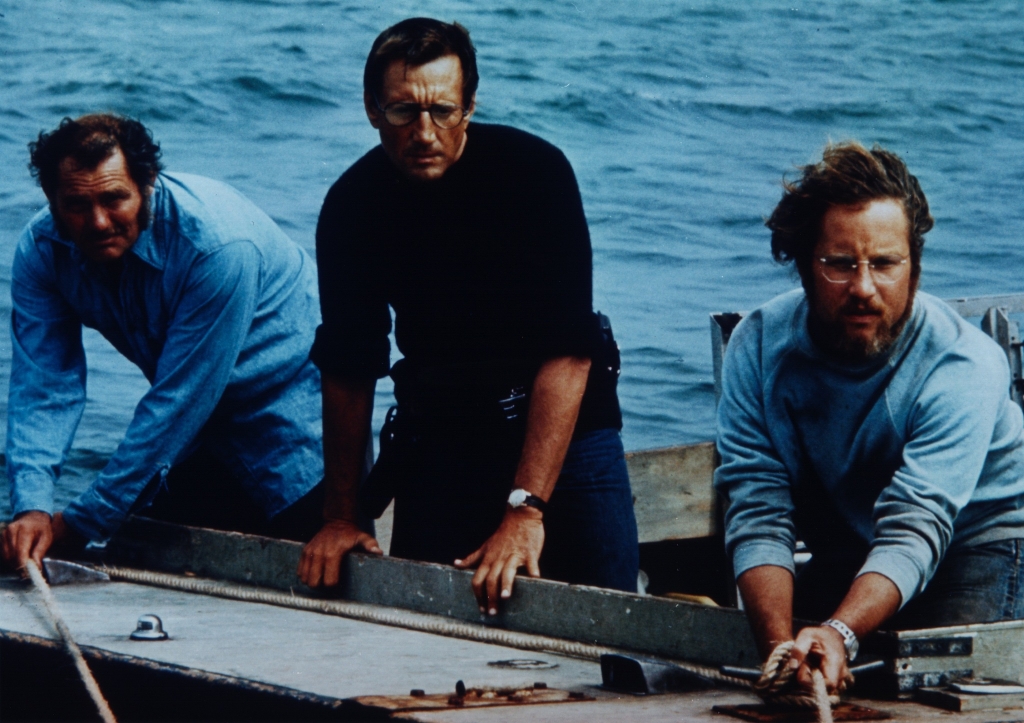 The film is responsible for creating a fear that still lingers deep in the subconscious of society today.

It’s the only slasher shark in all of film. The film was such a success it spawned three sequels. No other shark has its own franchise, nor as many sequels. No one can dethrone the king of the dark underworld. Although it would be nice to see someone try. Or at least give fans one more sequel for the series.

There were some really cool trailers that helped add to the excitement of the event before it began. Old school trailers from films like Monster Shark 1984 (aka Devil Fish), Mako: The Jaws of Death 1976, Blue Water White Death 1971, and a commercial for the Shark Attack board game from 1988. They also played the trailers of Jaws 2 1978, and Jaws 3D 1983, which was cool because fans got to see scenes from the films in the theater. 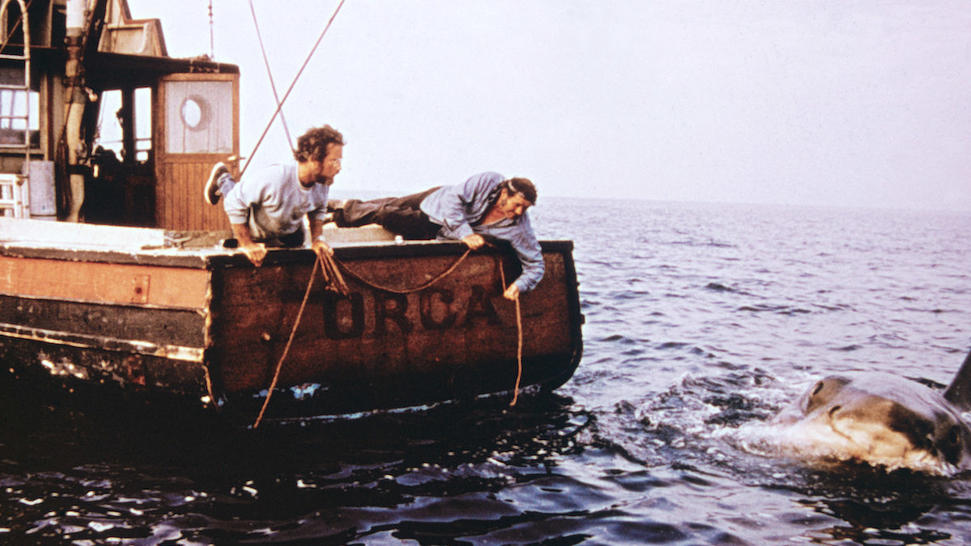 There’s nothing as exhilarating or intense, as watching Jaws on the big screen.

To be able to see the film the way the original filmmakers intended was a dream come true. You couldn’t ask for a better experience. It’s recently begun playing at a few select independent theaters, as well as some drive-ins here and there. If you get the opportunity, I highly suggest you check it out.