“If I Die Before I Wake” is an underrated, low budget indie horror gem worth seeking out — one that’s truly scary, heart-pounding, and highly effective. 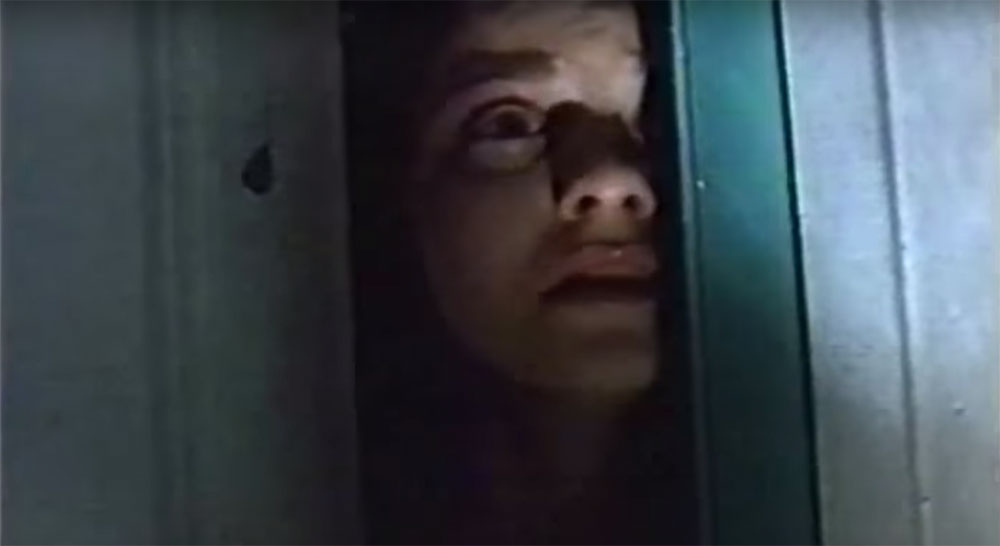 What would you do if you woke up in the middle of the night and someone was breaking into your house? Would you freeze in fear? Do you think you’d have what it takes to fight back and protect what’s rightfully yours?

If I Die Before I Wake is a 1998 horror thriller is written and directed by Brian Katkin. It stars Stephanie Jones, Muse Watson, Michael McCleery, Mary Kathleen Gordon, Coryanne Sennett and Anthony Nicosia. When three intruders take a family hostage in their own home, it’s up to their sixteen year old daughter to fight back and exact revenge.

This is one of those rare horror gems that remains buried under the rubble. Technically it’s labeled a crime thriller However, the film is obviously geared towards horror fans. There’s a seriously brooding and ominous undercurrent to it. It’s extremely unrelenting and unnerving.

If I Die Before I Wake is scary as hell. 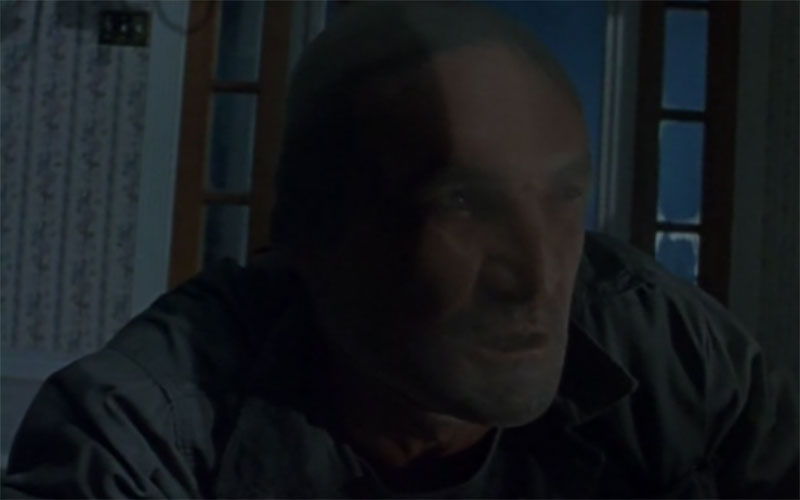 It gets your blood pumping and refuses to let up. It’ll grab you by the throat and won’t let go. Many home invasion films have slower, emotional transition moments. Those scenes give the audience a chance to relax and recover before the filmmakers unleash a full force attack. They make you feel at ease and lull you into thinking everything is ok, then hit you with an anxiety bullet straight through the heart.

This film has no chill. It’s extremely intense and burrows its way under your skin like a parasite. Every moment and movement made keeps you glued to the edge of your seat. If I Die Before I Wake is pure nail biting material.

Despite it being a low budget 90’s independent film, the acting is actually very good. It stars the one and only man with a hook — the rugged horror veteran Muse Watson from the I Know What You Did Last Summer series. He brings some much needed experience to a virtually unknown cast. Watson added the special touch the film needed to propel it into cult stardom. 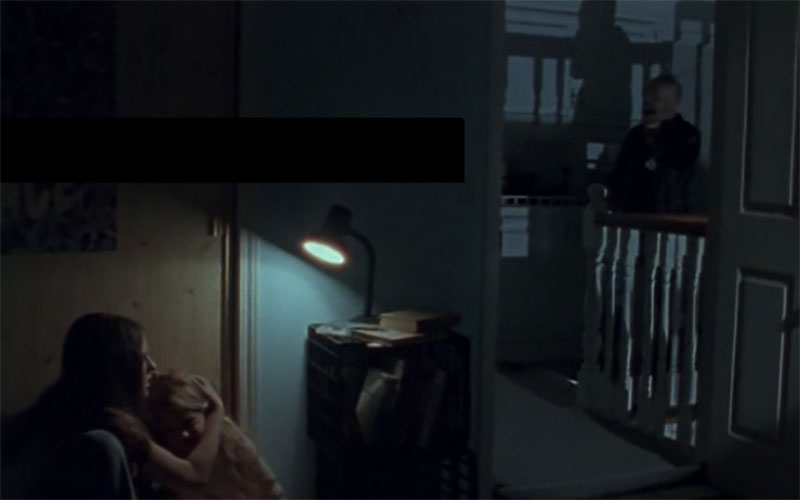 Stephanie Jones is simply fantastic as the sixteen year old daughter Mary Beth. She’s one of the best final girls in the sub genre. Mary Beth is clever, intelligent and an insanely tough opponent. Not only is she stealthy maneuvering her way through the house and staying one step ahead of the intruders, but she’s also protecting her little sister throughout the ordeal. She’s one badass heroine — really likable and easy to root for.

The quality of the film isn’t the best. However, there’s some really good makeup and gore. Although the lack of budget is pretty noticeable, they do a great job with the props, costumes and practical effects. Also, the set is a perfect fit for the film. It provides a claustrophobic element, being it all takes place in a house. They built it specifically to enclose the action, but at the same time they left enough room for the main character to sneak around and elude the intruders.

What the film does best though is construct a never ending staircase of tension. 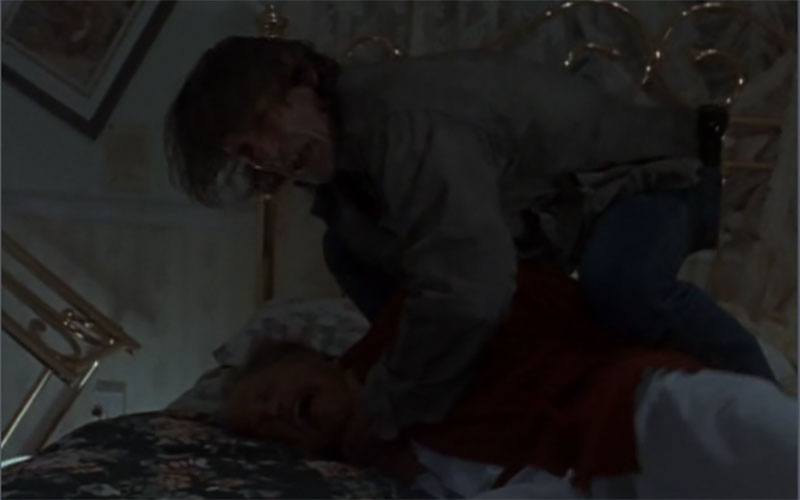 Scene by scene it ascends and continues to rise, as it torches your nerves. Even when you feel safe, you know it’s only a matter of time before the heart pounding resumes. It’s set up to deceive the viewer by making you feel secure, before thrusting and plunging the blade deeply into your subconscious.

The subject of home invasions is something society is always concerned with and fearful of. We’ve created elaborate, expensive alarm systems for our homes, to go along with big animals, firearms and more. Anything to protect our property. Just thinking about someone breaking into their sanctuary causes people to become panic stricken and distraught. It’s always lingering in the back of our daily thoughts. 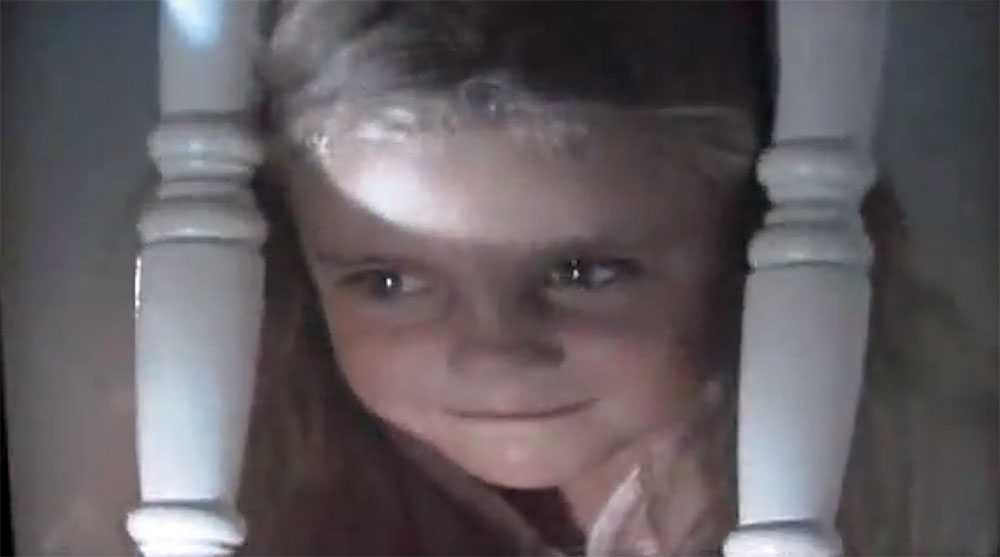 This film is highly underrated and arguably the best, most realistic home invasion film of all time. There are some seriously terrifying scenes and images that never leave you. They float around in your mind for years. And that’s the power and brilliance of the film. It hits so close to home, it’s scary.

There are just so many reasons to love this film. It’s definitely not for those with weak stomachs or heart problems. So, if you have the guts, give this one a run. It’s truly an unforgettable experience and a film you won’t soon forget.