Netflix serves up another satisfying feast for horror fans with season 2 of its clever and highly entertaining original series “Santa Clarita Diet”. 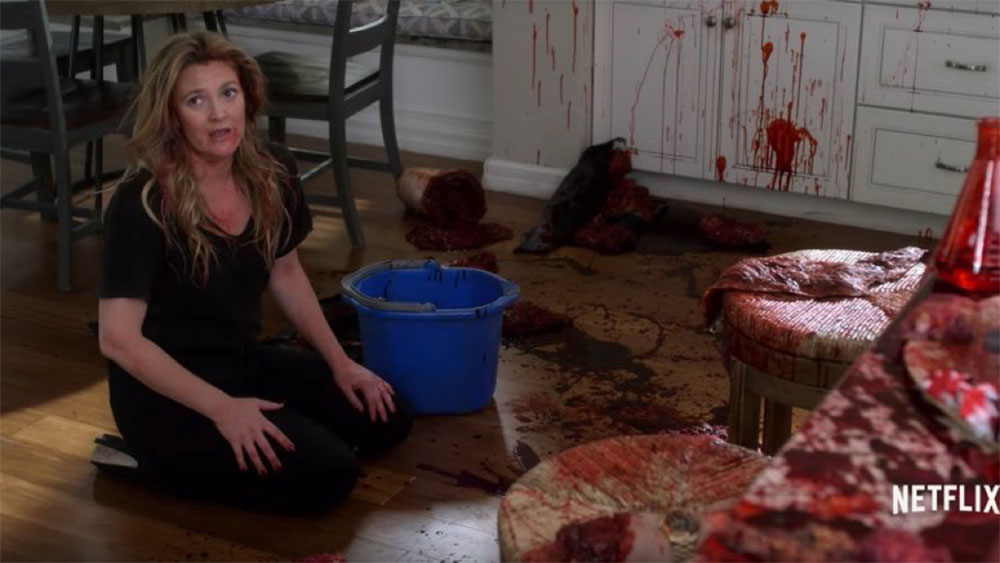 Everybody wants to look and feel great, and what better way to do that than through dieting and exercise? However, not ever diet is ideal, nor do they all work. Especially not when your diet consists of human flesh.

‘Santa Clarita Diet’ is back in all its glory with the release of the uncompromising, hilariously wicked season 2. Equipped with loads of mayhem and double the wacky antics, the Hammonds go off the rails in this unparalleled, uniquely mad series. Take a trip with the family as they do what they do best…kill.

Picking up directly where they left off in the first season, Shelia (Barrymore), Joel (Olyphant), Abby (Hewson) and Eric (Gisondo) try to uncover the truth about Shelia’s mysterious dilemma, all the while doing what they can to tame the beast that is her appetite. Searching for clues along the way, they encounter unusual events which lead them to all new discoveries. There’s nothing like a little friendly murder to spice up the neighborhood. 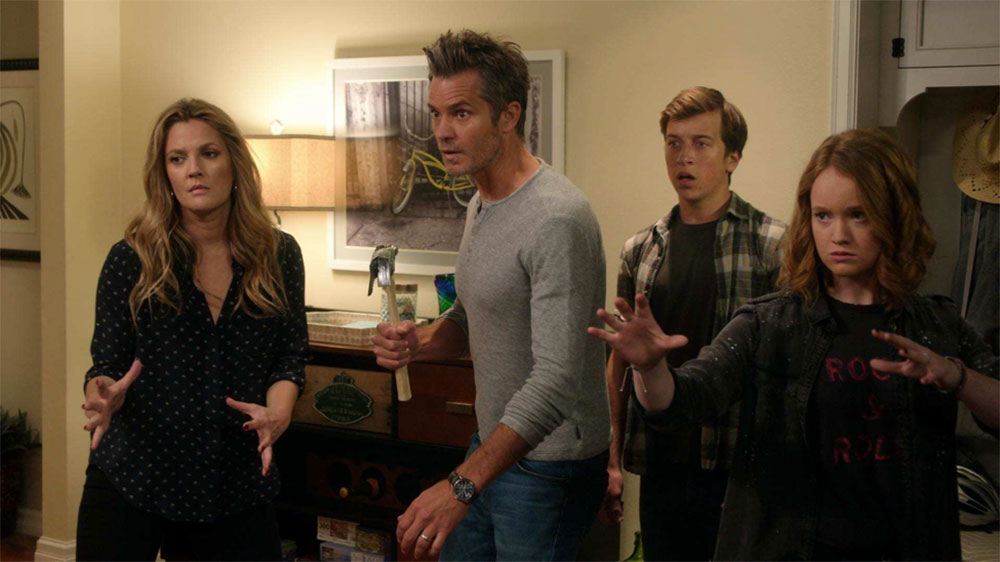 Season 2 of Santa Clarita Diet strikes just as hard as the first, combining horror and humor in a unique and original way.

The hijinks are over the top, and the plot twists are in abundance, making it a must see. More kills, more characters and even more buckets of blood burst the seams in this tightly packed season.

This time, we come closer to uncovering the mystery of the virus, unearthing brand new issues which appear to surround the Hammonds at every corner. However, no matter the situation, Shelia and company continually find themselves eluding trouble, managing to escape unscathed. Love, morals and murder become part of everyday life in this bizarre, no-holds-barred season. 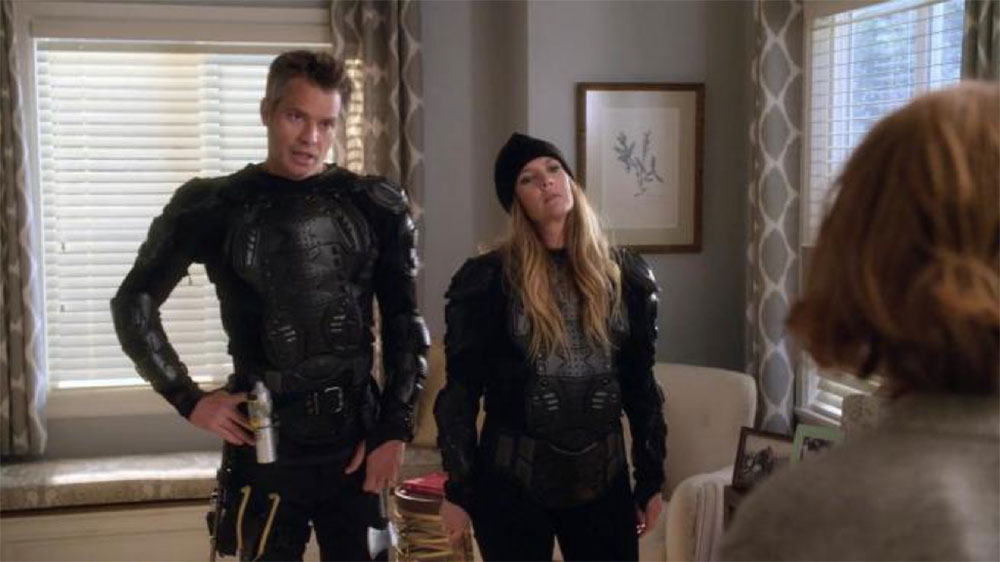 The acting is top notch, as each character continues to bring their A game. The dialogue and writing are on point and the cinematography remains excellent, modern and relevant. This season, for the most part, succeeds alongside the first as it continues the use of the same structured path. However, they were successful in cramming more content into the show this time around.

The sub plots and overall back story parallel that of the first season, with a few new twists and turns added for viewing pleasure of course. And, with a casket of new characters entering the show, the excitement rolls right along keeping fans anxious and amped for their next dose. Like a breath of undead air, season 2 will leave you gasping for more.

The only thing that sorely lacked, was the attention to detail concerning the costumes. While the first season brought a magnificent appeal in that department, the second season seemed to fall short. There were still some really cool getups despite the fact, though most were essentially subpar. None the less, it didn’t take anything away from the overall product. 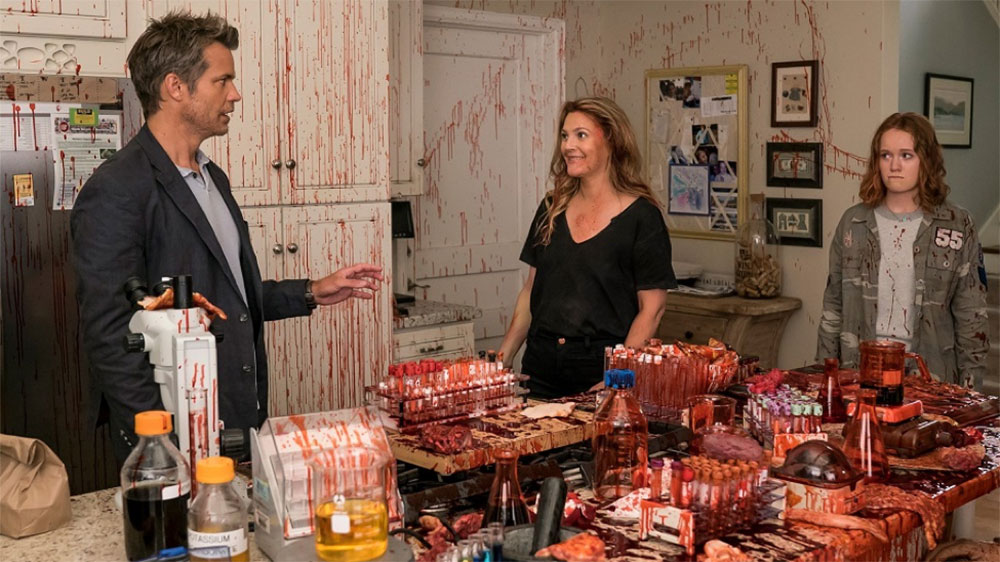 The most enjoyable aspect of the show is the originality and the quirkiness which has brought new life to the seemingly dead, tiresome category.

As the undead fad has slowed drastically from what it was just a few years ago, it’s nice to see there are still some passionate lovers of the flesh eaters. Zombies have always been one of the more popular cryptids, culturally, and it’s nice to see that there is still a fan base, albeit much smaller.

In conclusion, season 2 delivers a vicious bite to the throat. For those tired of the same old zombie formula, Santa Clarita Diet tosses a unique spin on the undead. So, if you’re looking for a new and exciting show, look no further. Make sure to grab that special someone and cozy on up. It’s bound to be one hell of a killer diet.