Director Dean Devlin takes on a different kind of cinematic challenge and delivers a beautiful, dark thriller with a terrifying villain in Bad Samaritan. 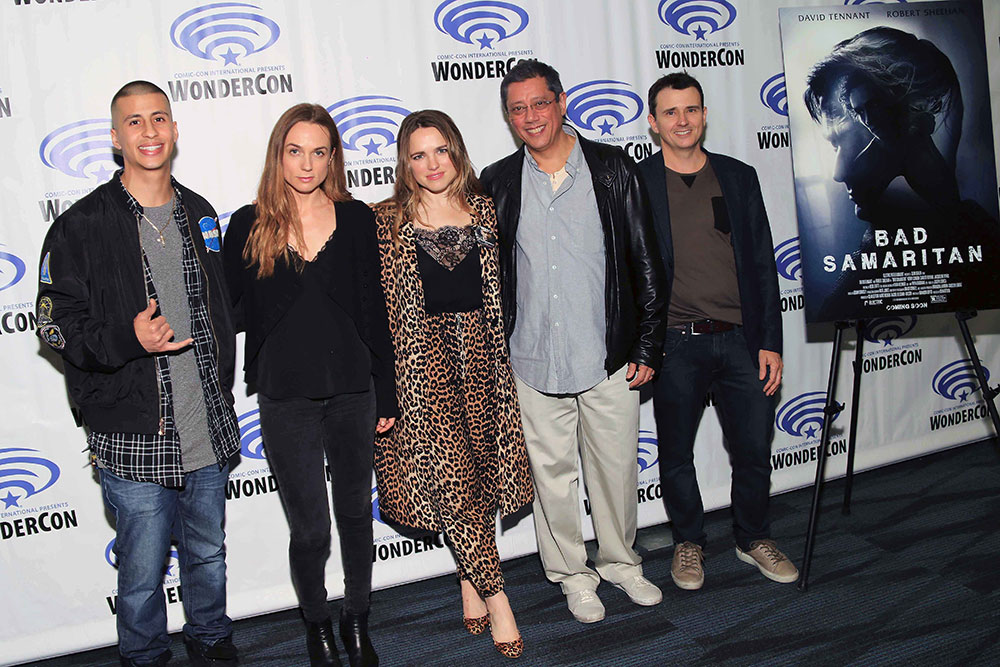 When Dean Devlin (Independence Day, The Librarians, Geostorm) was asked at Wondercon about doing Bad Samaritan all himself, with no big studio backing, his response was that he fell in love with the script by Brandon Boyce as soon as he read it. It was so well written and original. He thought the film would challenge him, especially since it was something he had never done before. (Except for the giant explosion — he’s done a few of those before!) Devlin also felt that a big studio could ruin it, and, besides, he wanted it for himself.

It’s a suspenseful film, full of real horror as opposed to the over-the-top splatter kind. There are no aliens, nothing supernatural. There isn’t anything in this movie that can’t or hasn’t really happened somewhere. 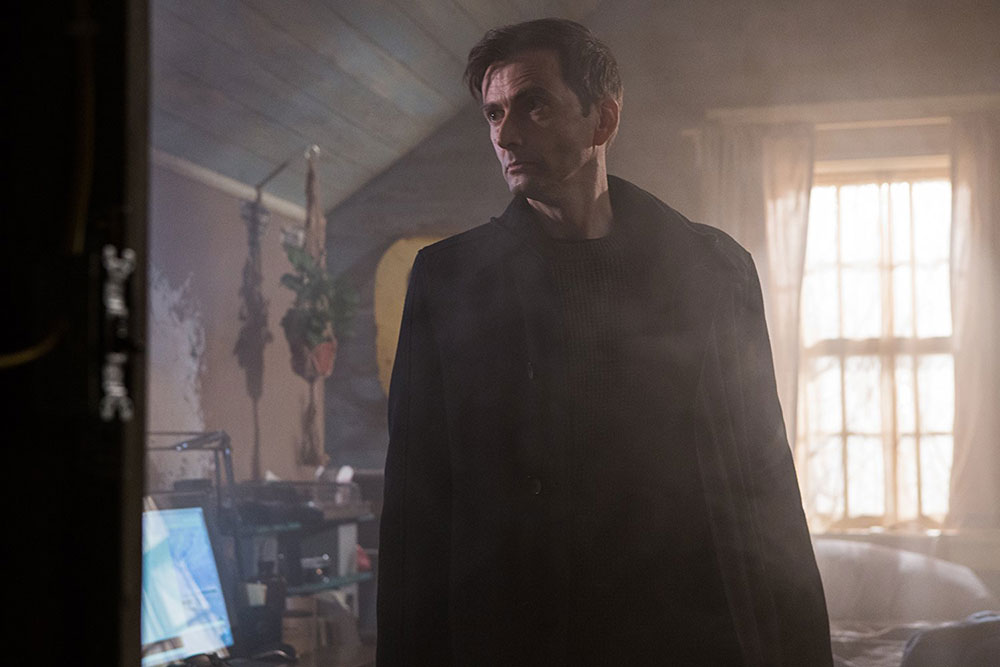 There are some seriously sicko, real-life bad guys out there. History is full of brutal serial killers just as terrifying as the likes of Cale Erendreich, played terrifyingly here by the amazing David Tennant (Dr. Who, Jessica Jones). The movie could not have been cast more perfectly.

Bad Samaritan is the story of a couple of petty thieves who uncover more than they bargain for when they break into a house they thought would be an easy score. Sean (Robbie Sheehan) and his partner in crime Derek (Carlito Olivero) are valets who came up with a clever scam. When they take a car to park it, they rob the house of the rich guests while they are dining at the restaurant. One fateful night, this totally backfires when Sean finds more than just credit cards in the house — he finds a woman being held captive. 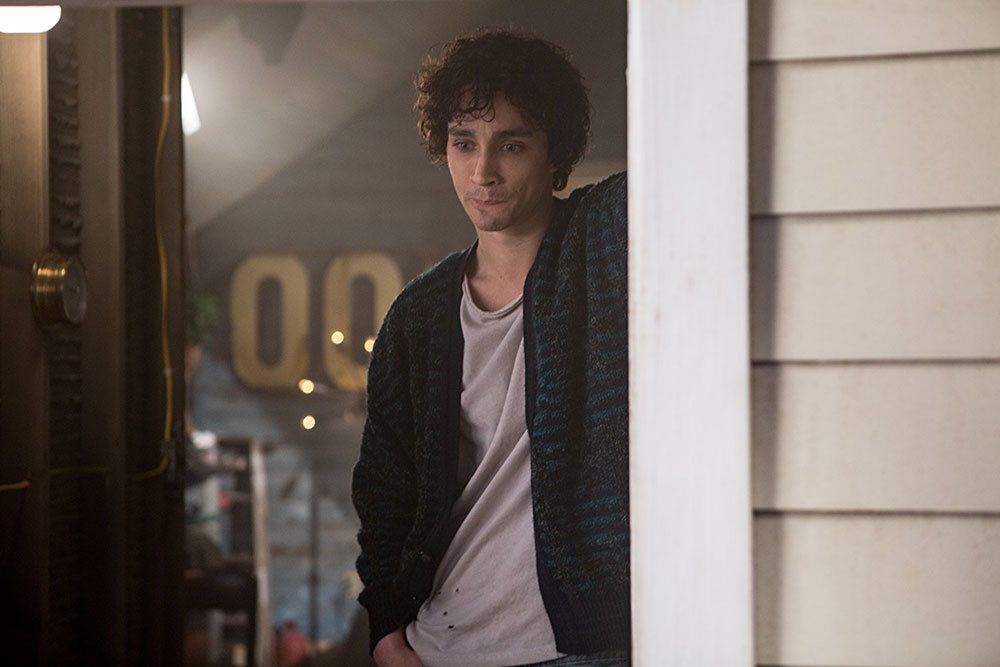 The problem is, Sean doesn’t rescue her. He just calls the police, who find nothing out of order when they go back to the house. He’s not so innocent himself, and he’s afraid of getting arrested. I mean, he is a burglar. The only reason we can feel a little for him is that, bottom line, he’s just an insecure young man trying to find himself. He isn’t the monster, he just doesn’t have a perfect moral compass.

What happens after Sean makes this horrible decision is what will define who he really is.

He’d rather die than let this one choice be all anyone remembers about him. Robbie Sheehan as Sean really pulled it off — he is a fantastic actor! He gives us a character that succeeds in earning our love. Sean did some bad things, and even though he is a vulnerable human being with flaws, we want to like him anyway. Robbie’s earnest portrayal delivers a character the audience can cheer for. Unfortunately, this turns Sean and Derek into the new victims, as they become the target of the desperate and ruthless killer while they try to save the girl they left behind. Our young thieves find themselves no match for the sadistic Cale, who has obviously been abducting women and getting away with it for a long time. He’s pissed off and frightening as all get out.

Bad Samaritan is a fast-paced thriller with great acting throughout, and it has one of the scariest antagonists I’ve seen in a while.

The fact that Tennant as Cale is so cool and calculating makes him that much more evil, and it’s hard to think someone that monstrous could be anyone we would casually walk past on the street. Devlin has actually wanted to cast Tennant in one of his films for years, and he was really excited to finally have the opportunity. 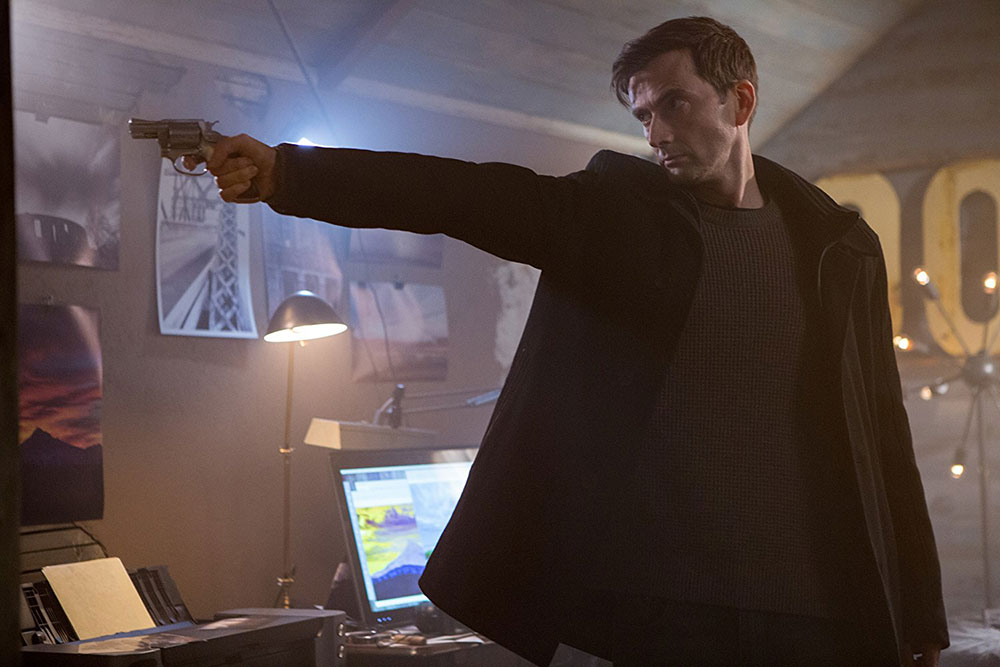 “What makes David so terrifying in this is that he’s created a completely, 100 percent grounded psychopath,” Devlin said. “This guy could live down the hall from you. This guy could live across the street from you — and probably does. We watched him fall in and out of this terrifying character with ease. He did an enormous amount of research on people who have no ability to feel guilt or have empathy for other people. He constructed a truly terrifying villain.”

One of the things I loved about Bad Samaritan was the lighting, or the lack of it. It really had a beautiful atmosphere. For a film that was shot in a very short amount of time in Portland, it does not look in any way like the low-budget film it really is. The film has a dark, eerie and shadowy aesthetic. 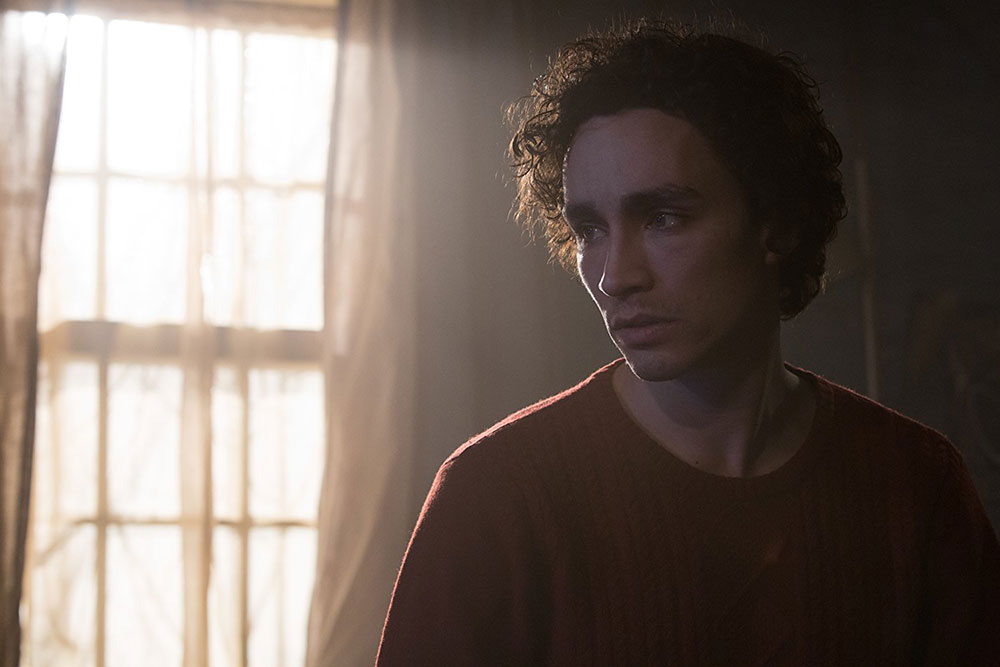 Devlin explained how they planned it out carefully from the lenses, to the fact that they used almost no light.

“Almost all this film was in natural light and the lenses were really close to the actors faces. Normally I have much longer lenses and am much father away. I had to talk to the actors and tell them that the camera is going to be uncomfortably close to you. You aren’t going to be accustomed to having a camera this close to your face. But by doing that it created this this awkwardness, this tension that comes through.”

Showing us the main plot so soon in the film, could have been a problem. But Bad Samaritan really moves along. And after a while, we start to love our captive young lady, Katie (Kerry Condon) more than the guy trying to help her. 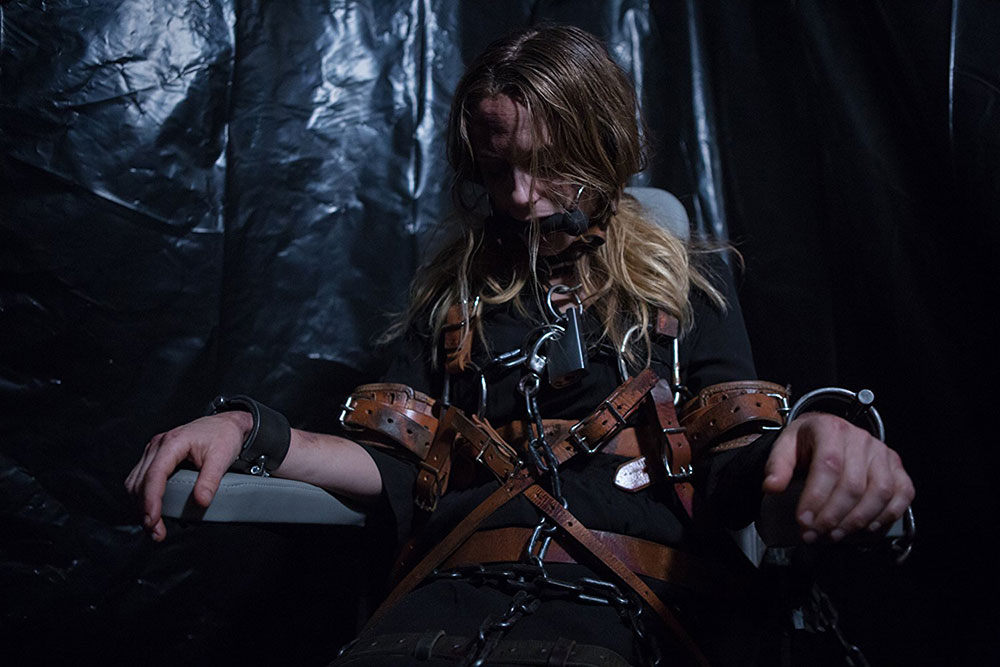 I gotta say, she really kicks some ass! She has hands down one of the best lines in the film, and audiences will cheer for the astounding ending!

Bad Samaritan opens May 4th to thousands of theaters nationwide. This is a must see for horror fans who crave smart, character-driven thrillers.

David Tennant fans will adore this film, too. He plays such a fantastic bad guy! Just looking into his eyes will chill you to the bone. As an added thought, I always wondered if it was a bad idea to hand a valet my whole set of keys, and I’m pretty sure from now on I will never do that again!