Beautiful Horror: An Interview With ‘The Mother of Beauty’ Director Nick Meunier

I recently came across a short horror film crowdfunding on Kickstarter that stopped me in my tracks and made me instantly want to know more. The Mother of Beauty caught my attention due to its hauntingly beautiful trailer and concept art, the highly original and intriguing concept that seemed so much different than anything I had seen before, and the addition of indie horror darling Tristan Risk to the talented cast. 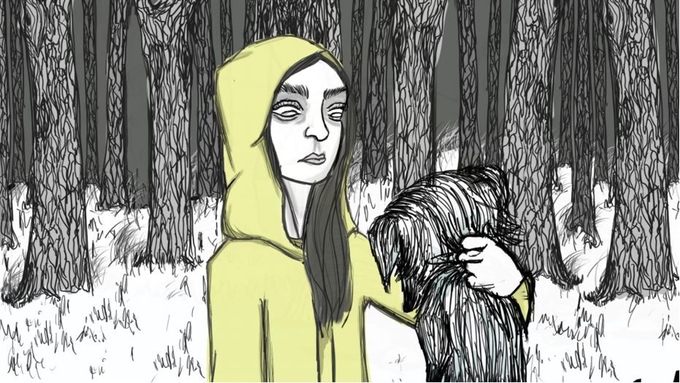 I had a chance to catch up with Vancouver-based director Nick Meunier to learn more about the film and the unique vision behind this captivating project.

THE TALENT BEHIND THE FILM 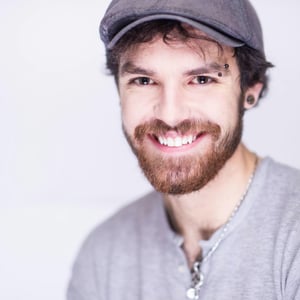 Nick works as a Second Editor at an animation company and has directed three independent short films in the past year alone. He started a small production company called ECLECTIC47 Productions with Jessica W. Cole, the producer of The Mother of Beauty, which has produced two shirt films in the past year (with several others planned for 2016). The Mother of Beauty is the company’s biggest production to date.

Nick is no stranger to the genre. Although he’s still an emerging talent, his previous short films, First, Love and Ravage, reflect tremendous promise and a great understanding of how to create tension, build dread, and embrace the dark beauty of horror.

“Horror is definitely my preferred genre. I’ve always been inspired by horror and have felt comfortable and familiar working with what I know and love,” said Meurnier.

His primary source of inspiration as a filmmaker is James Wan. “Saw had a huge impact on me as a child and sparked my initial interest in horror from a young age. As I grow older, I find I can always return to Wan’s work and appreciate the legacy he created in horror off of a short film concept. That’s the dream! “

He also admires Jennifer Kent and states that The Babadook reignited his faith in modern horror and showed him that the classic elements of fear and suspense can still translate to successful films today.

THE ART OF VULTURE CULTURE

The film was written by Lonnie Nadler, based on a concept inspired by Meunier’s friend Amanda West, a vulture culture artist who had just found out she was pregnant.

“She was nervous for what the future would bring but seemed determined to bring a life into her death-inspired world, which caused me to think about the balance between life and death and the beauty one can find in loss,” explains Meunier.

Amanda owns Artfully Artless Craft, and Nick explains that her art was the biggest source of inspiration for the film. “Amanda’s art has always impressed me and inspired me because it’s so unique both in its themes and style.” 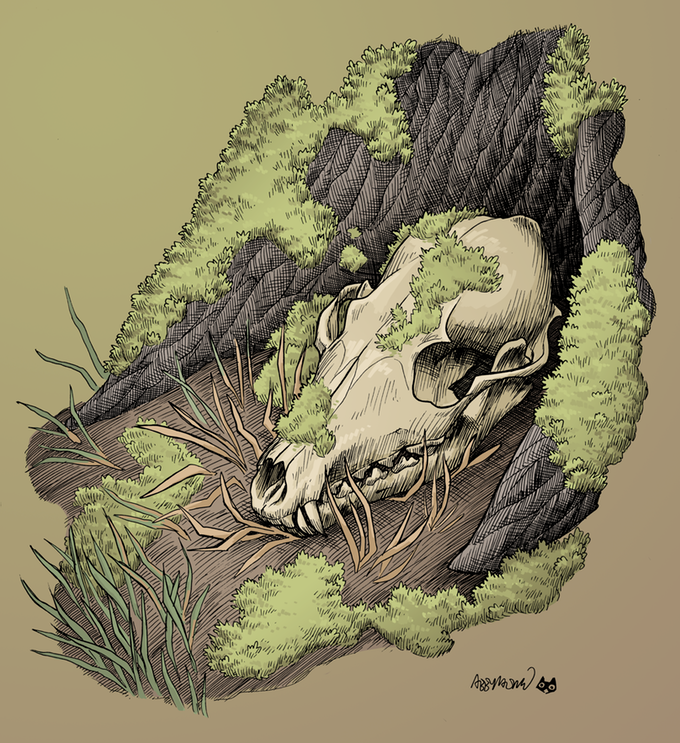 Her art, like the film, is inspired by vulture culture, an art form that involves taking the remains of deceased animals and creating art pieces as a way to memorialize and commemorate them. All the animals involved in these works of art have died either by natural causes or are found dead by the artists, so no animals are harmed in the making of these pieces. Nick explains that it’s essentially a fancy, beautiful form of taxidermy.

Although there’s apparently a large online vulture culture community, it’s relatively unheard of by those outside the culture. While the fan base is certainly there, there aren’t any films to represent them.

“It’s very bizarre and very unheard of – there is very little media on vulture culture and, to my knowledge, no films have been made on the subject,” Nick explains. “The Mother of Beauty allows vulture culture to be taken to a new medium and expose the community to more people to help give these artists a voice.”

A CLOSER LOOK AT ‘THE MOTHER OF BEAUTY’

The Mother of Beauty is described as a dark drama that follows a single mother-to-be who lives in isolation on the edge of the wilderness. She makes a living through her work with vulture culture: using the remains of dead animals to create pieces of art and memorialize the life that once was. As she attempts to overcome the struggles of parenthood, the forces of life and death pull her in opposing directions, and she must find a way to reconcile the two before they tear her apart.

While The Mother of Beauty may not be a traditional horror film with traditional scares, it promises to be a deeply haunting and beautiful story that definitely deserves a place among the dark and macabre films of the genre. I loved the way Nick explained the tone and intent of the film:

“Both Lonnie and I are fans of horror, and we wanted to use this genre to inspire the show — even though it is not a scary piece. Most modern horror is in your face and doesn’t take the time to infect you and get under your skin, whereas classic horror takes time to slowly build up dread and fear. This older style of horror is more what we wanted to imitate. We are creating a dark, infectious drama that speaks to the audience on a deeper level that hits your core. I think horror fans will appreciate the film due to the suspense and fear it builds up, the macabre and darkness it brings to the screen, and the heart that it brings to the characters and their story.”

Principal photography for the film is set for May 21st to May 23rd. The goal is to have a fully completed film in early September so the film can be entered in as many festivals as possible. Ideally, Meurnier would love to see this turn into a feature film at some point and believes there is a powerful story here that could easily justify a more in-depth exploration. 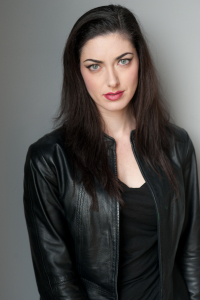 It’s rare for a short film without major backing to secure such a high profile name as the lovely and talented Tristan Risk (American Mary), but the fact that she was eager to jump on board speaks volumes to the quality of the script and the compelling nature of this film. Nick explains Tristan’s involvement in the film:

“I had always pictured Tristan as the lead throughout script development. I’ve been a fan of hers for a longtime and the style of the show fits so perfectly with her aesthetic and taste. Lonnie ended up contacting her on Twitter to see if she’d be interested in potentially joining as the lead, Helena. She loved the script and has been so excited to be a part of the production ever since we first talked to her.”

Meunier promises fans of Risk will not be disappointed. She’ll be featured prominently in the film (the only other character is a small baby), and the role itself allows Tristan to showcase a more intimate and emotional side than we’ve previously seen from her. Fans should look forward to a delicate and moving performance from the versatile indie actress.

At the time of writing, this project is in its final days of crowdfunding on Kickstarter. As with all Kickstarter projects, if the team doesn’t reach its fundraising goal, they won’t receive any of the funds that have been pledged to date. While things are looking promising and the response so far has been great, they still need your help.

If you believe in independent film and want to see more unique, creative, memorable and artistic films in the genre, please consider showing your support by donating on Kickstarter and/or spreading the word.

If you are interested in following along with the project as things progress, be sure to out the ECLECTIC47 Productions Facebook page. You’ll also find links to Amanda West’s art shop for those who are interested in supporting her and her new baby, Wynter!