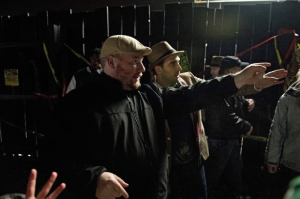 Andy Palmer on the set of The Funhouse Massacre

You may not yet know the name Andy Palmer, but trust me when I say that’s about to change. Andy has been working in the entertainment industry for over 10 years, primarily as a television/film editor and producer. In 2014, he wrote and directed the independent horror thriller Find Me and the sci-fi horror Alien Strain.

However, the film that is sure to have horror fans buzzing about Palmer’s directorial chops is the 2015 star-studded horror comedy The Funhouse Massacre starring Robert Englund, E.E. Bell, Sebastian Siegel, Clint Howard, Mars Crain, Jere Burns, and Candice DeVisser. We were fortunate enough to screen this film in November 2015 (read the review), and it was hands down one of our favorite horror films of the year — a perfectly paced thrill ride that strikes just the right balance between gory horror and legitimately funny comedy.

AND NOW FOR SOMETHING COMPLETELY DIFFERENT…

If you want to discover just how talented Palmer is behind the camera sooner rather than later, his film Badlands of Kain will be available via VOD on April 5, 2016. We recently had a chance to screen this micro-budget thriller from one of our new favorite genre directors, and we were not disappointed. 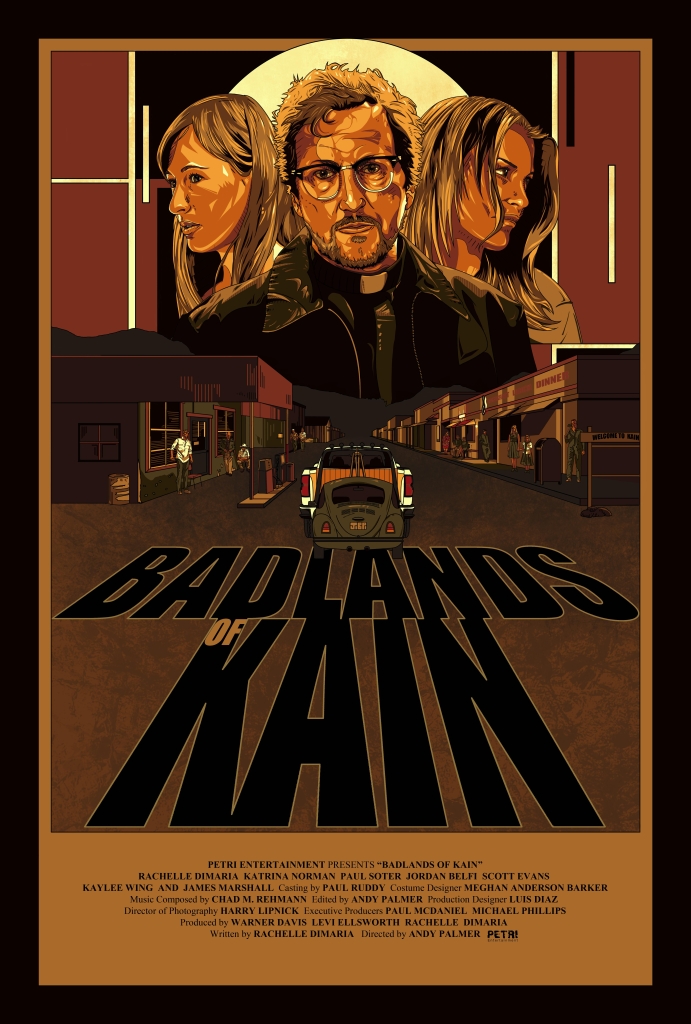 Badlands of Kain centers around two young women, former best friends who have grown apart. The girls embark on a cross-country road trip in an effort to rekindle their friendship. Their car breaks down in the middle of nowhere, and they find themselves stranded in the small town of Kain while they wait for repairs. The girls slowly begin to suspect that something isn’t quite right with the town — or with its inhabitants.

The film stars Paul Soter, best known for his comedic performances in Super Troopers and Beerfest. Soter shines here in a much different type of role, delivering a perfectly creepy and unsettling performance as a small town preacher with a dark secret. The film also features the great James Marshall (Twin Peaks, Gladiator, A Few Good Men) in a small but pivotal role. In fact, the entire cast (including Rachelle DiMaria, Katrina Norman and Scott Evans) excels under Palmer’s direction, delivering strong and memorable performances.

While The Funhouse Massacre felt like a lighthearted love letter to the great slasher films of the 80s, Badlands of Kain pays respectful tribute to the smart. stylish thrillers of Hitchcock and the classic mind-bending episodes of The Twilight Zone. Palmer proves he’s just as capable with slow-burning suspense as he is with fast-paced splatter.

Badlands of Kain does an excellent job building tension and dread, slowly unraveling the mystery of the strange little town and its unusual inhabitants. Driven by powerful performances and a smartly crafted script, the film keeps you guessing until the effective and satisfying ending. Just when you think you have it figured out, you don’t.

This isn’t a movie for gore hounds or action junkies. It’s a small, quiet film that focuses more on suspense than scares. However, I found myself drawn in almost immediately and fully invested in the plight of the two main characters as they try desperately to figure out (right along with the audience) what’s happening in the sleepy town of Kain. Despite being made on a very limited budget, the film looks incredible and has a sophisticated style that helps give it a definite Hitchcockian feel.

If you’re a fan of taut, intelligent thrillers and genre films that challenge mainstream audience expectations, we highly recommend you give Badlands of Kain a watch. Andy Palmer proves you don’t need a big budget to make a big impact. He is definitely an indie director on the rise, and we can’t wait to see what this talented filmmaker does next.

Look for Badlands of Kain, released by Gravitas Ventures, on VOD beginning April 5, 2016.

The Funhouse Massacre will be available on DVD/blu-ray through Shout Factory as well as VOD on June 7, 2016. 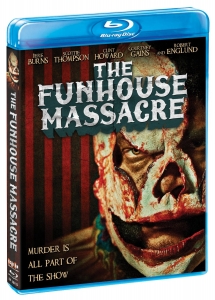