Memories, repression, and the psychology of cults are mined in impressive fashion throughout “The Aviary”, a tense and absorbing thriller. Mostly a two-woman show, THE AVIARY is a reflective, twisting, and overall successful meditation on freedom, PTSD, and the mental cages the human mind can sometimes find itself trapped in. Click To Tweet

Things gets off to a running start in presenting us Jillian & Blair, who have escaped the corporation/borderline-cult known as Skylight.

They are armed with a stolen laptop in hopes of exposing enigmatic leader Seth (Chris Messina, Birds of Prey) who subjected both women to mind-bending brainwashing techniques as well as barbaric loyalty-testing practices that leave them scarred emotionally and physically.

Alone together, they have only their wits (plus 3 bottles of water, an apple, and a protein bar) and psychosis to guide them.

The bulk of the film is equal parts survivalist drama, and a twisty guessing game as to what memories and motivations are real, which are imagined, and which have been planted by insidious cult leader Seth. 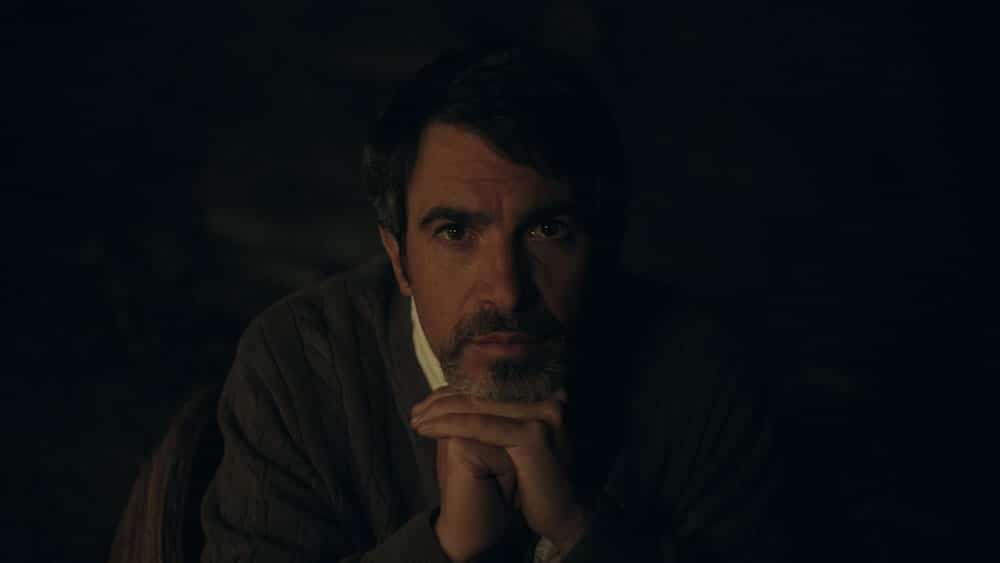 Interspersed throughout the action are flashback scenes which give us glimpses of the charismatic and quietly lulling Seth.

The film wisely takes its time in offering the audience a depiction of this man, who in these post-Me-Too times could literally be any male who uses their power and station to take advantage of others.

Seth uses Jillian and Blair’s desires and motivations against them; Jillian in her close professional relationship with Seth, and Blair in her romantic relationship with him. This disparity in dynamic presents interesting directions for dissent between the two, and both end up disagreeing on what exactly to do with the laptop they have escaped with.

Further complicating the action are visions that Blair keeps having of a woman they both used to work with named Delilah (who disappeared under mysterious circumstances).

The film’s themes of broken perceptions and misaligned memories are aided, to hypnotic effect, by multiple strobe-light sequences — offering viewers a glimpse into some of Seth’s more sinister meditation techniques.

These vibrant interludes are contrasted nicely with the naturalistic desert hues that comprise the bulk of the action, action which largely rests on the performances of our leading ladies. 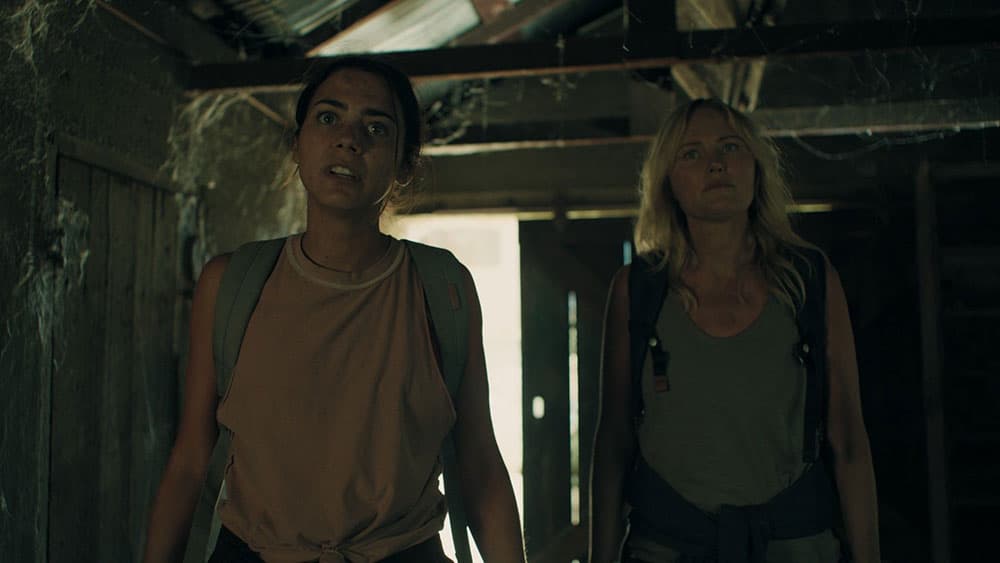 Ackerman & Izzo permeate their performances with a mix of hysteria, determination, paranoia, and strength — and an ample weight of pathos.

Messina, too, does fine work in his brief but effective appearances, with his looming presence fleshed out in small stylistic touches (the fact that he conducts his sessions shoe-less is one red flag that this man cannot be trusted).

The success of THE AVIARY largely rests on the actors’ abilities to engage the audience in their portrayal of the after-effects of trauma and what it means to be deceived by someone trusted (and in a position of power). The film’s limited cast thankfully is up to the task.

The talented actors are mostly successful in filling in the gaps of the script’s shortcomings — or strengths, depending on how you look at it.

Most of the questions brought up are not answered, and the final denouement rests too comfortably on been-there-seen-that twists. However, despite a couple derivative narrative choices, The Aviary soars highest as a showcase for genre veteran leading ladies, with Malin Ackerman & Lorenza Izzo more than up to the task in keeping The Aviary from crash landing.

The Aviary was released on April 29th in theaters and digital/on-demand from Saban Films.