West’s smart, scary horror film “X” is arriving on digital, and here’s why it’s worth your time and money — likely one of the best of 2022. A team of pornography actors and filmmakers set out to a farmhouse in rural Texas to make the first properly cinematic adult movie. Once the elderly couple who own the land catch on to what is happening, all Hell breaks loose.

In this current crop of horror auteurs — Aster, Peele, Eggers, etc. — Ti West has always stood out to me for his ability to offer both requisite crowd-pleasing thrills while also blending in his own patient, deliberate sense of pacing.

Though he has experimented with threats as varied as vampire bats in The Roost, satanic cults in The House of the Devil, and New England ghosts in The Innkeepers, his specific line of slow-burning suspense has always been his calling card as a director.

His most recent film was the solid neo-western In a Valley of Violence, and though I can’t speak for all horror fans, I am thrilled that his singular voice is back in the form of X.

Brandishing his influences on the sleeve, X owes much to The Texas Chain Saw Massacre in its evocative sense of time and place — the blistering heat of Texas in the 1970s — as well as Boogie Nights, in its affectionate ode to filmmaking, and particularly the filmmakers who seek to transcend the genres they’ve been ordained to.

Astute genre fans will also notice conspicuous references to 1976’s Eaten Alive and 1980’s The Shining, among others.

While commenting on this much-derided trope of contemporary horror, West has undoubtedly made an elevated slasher, where the gore and scares are just as much of a part of the formula as atmosphere and narrative purpose.

Mia Goth is a revelation as Maxine, a wily actress who, through the rebellious acts of sex and drug use, hopes to transgress against her own puritanical upbringing. Goth has always been very good, but she’s not ignited a film before like she does here.

The entire ensemble cast is stellar for that matter, with Snow and Martin Henderson (as forceful yet beguiling executive producer Wayne) being the standouts.

Also, between her work here and in Radio Silence’s Scream, there’s ample reason for Jenna Ortega to be dubbed the next scream queen. As watchful and curious production assistant Lorraine, she does not miss.

For the remainder of 2022 at least, it’s difficult to imagine an American slasher coming along that is as tense, frightening, funny, and layered as X. 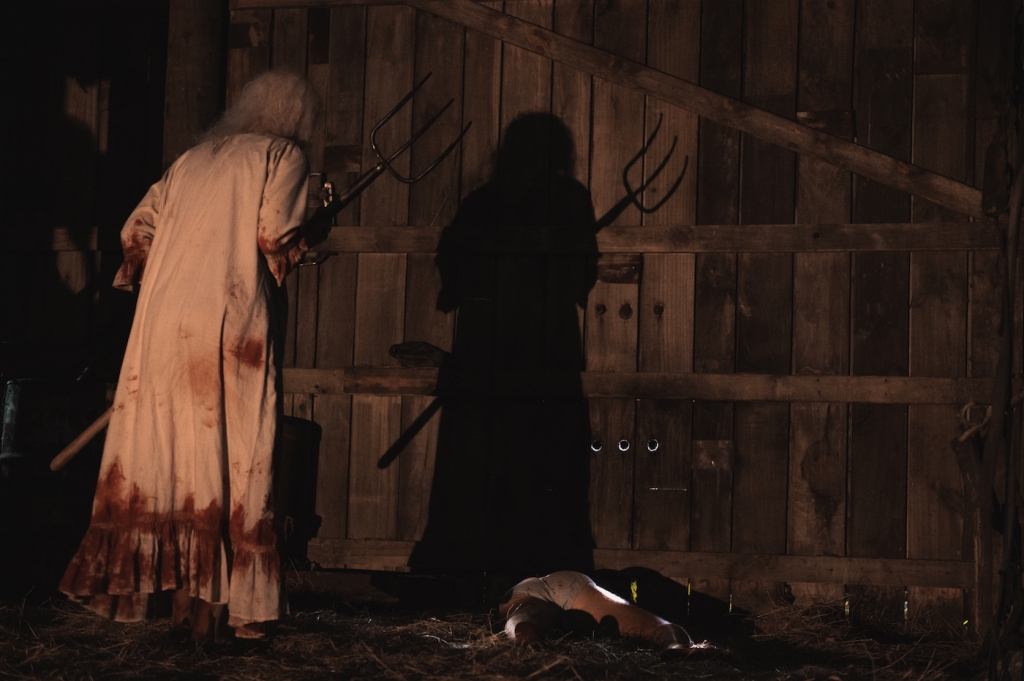 Ti West has continued to hone his penchant for unsettling, uncanny set-pieces, and the payoffs are completely worth the wait.

One scene in particular, with Maxine breaking from the group to skinny-dip in the lake while a crocodile discreetly pursues her is expert in both its glistening ambiance and tightly wound apprehension. Unfortunately for the film crew, by the time they realize the danger they’re in, the threat has long since snapped its jaws.

X is delicious, devious fun that seems explicitly crafted for a fervent crowd at a midnight screening.