Neil Gaiman is no stranger to the weird and wonderful. Helming multiple short fiction entries, novels, comic books and graphic novels; this an author who is not only multitalented, but devilishly creative.

If you have not heard of his works, perhaps The Sandman, American Gods, The Graveyard Book and Coraline might ring a bell. Influenced by the literature works of Mary Shelley, Rudyard Kipling, Edgar Allan Poe and J R. R. Tolkien, Gaiman has carved his own domination in the publication world.

Gaiman has also written episodes of the BBC science fiction series Doctor Who. So, it wouldn’t come as too much of a surprise that horror streaming provider Shudder has picked up Neil Gaiman’s Likely Stories in a four part run. 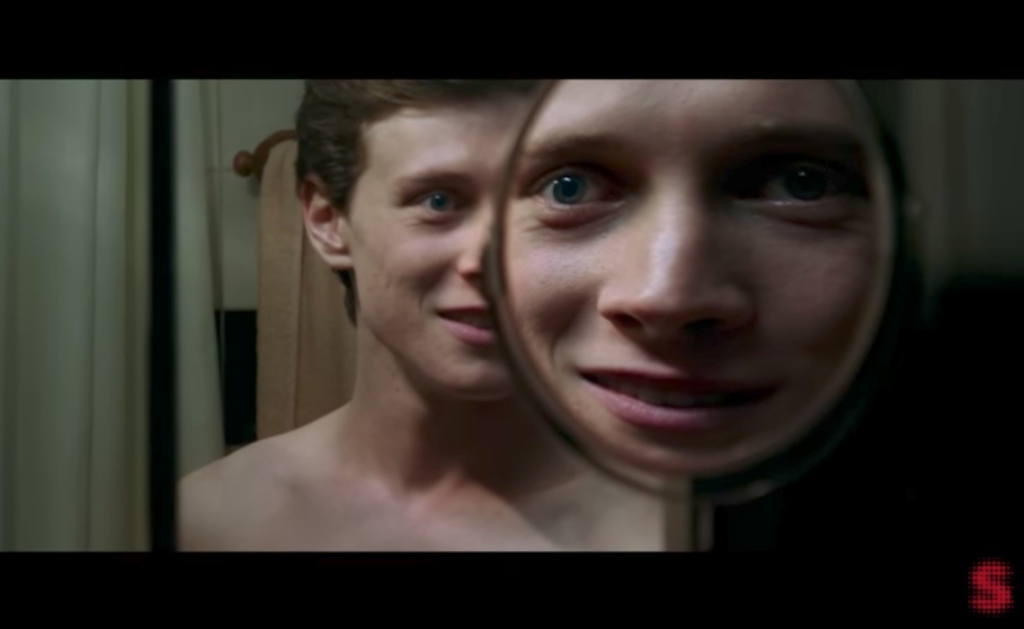 All four episodes are directed by Iain Forsyth and Jane Pollard, who also penned the script for “Looking for the Girl.” The other three episodes were written by Kevin Lehane (Grabbers). The stories originally aired on Sky Arts in the UK.

The official rendition from Shudder TV is as follows:

Adapted from Gaiman’s dark tales, this collection of distinct, odd and brilliant short stories is both cinematic and strange. In each film, each character is compelled to share their story and we’re drawn into their very act of telling tall tales. While each episode has its own lead character, they are backed by an ensemble cast that play across all four bold and original films.

The four adaptive tales are comprised of the following: 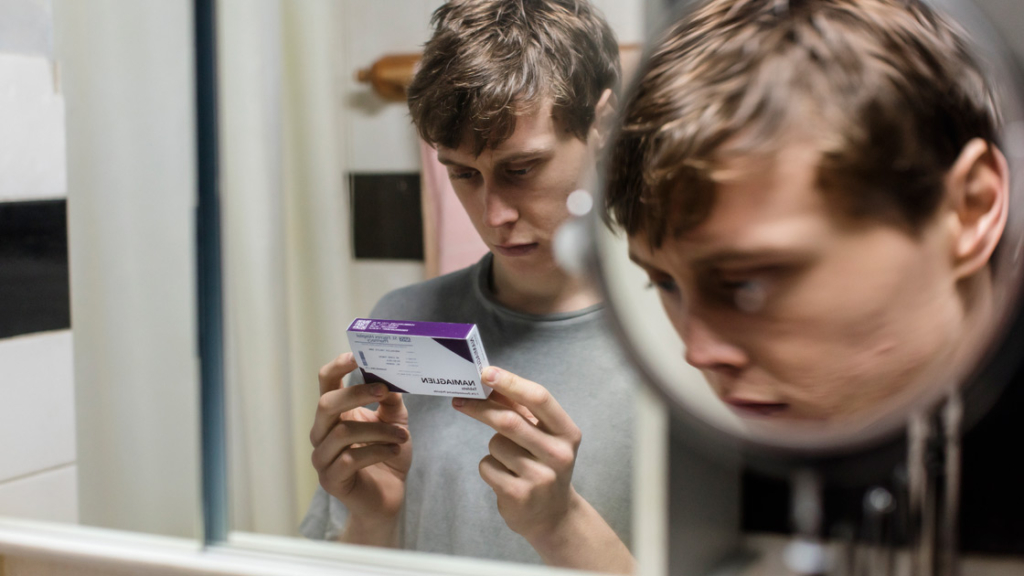 Simon (George MackKay) lives a pretty simple, celibate life. He works, he sleeps, repeat; and he is happy about this. However, when he contracts a venereal disease seemingly from nowhere, he becomes shockingly confident. However, those agonizing genital pains becomes far too much to tolerate and he goes on a anguished journey to figure out what is going on with him and why his life took a turn for the bizarre. 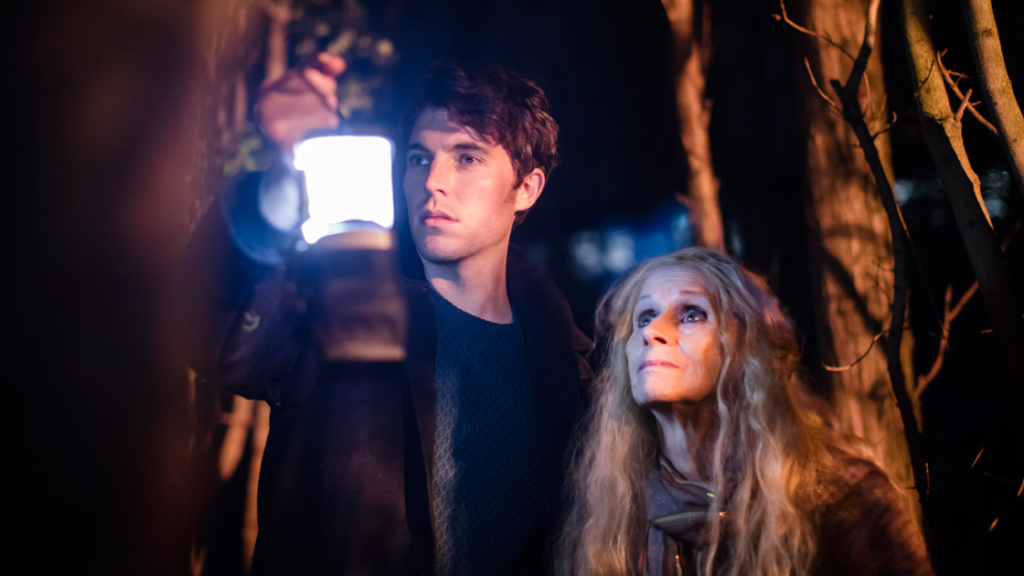 Joyce (Monsteratt Lombard) is a pregnant young woman who works at a local diner that is open all night. One peculiar night and old friend comes to visit her and relays the tale of his relationship with an elderly woman who he has grown fond of. The duo share an unearthly relationship and it unfolds as he tells his story to the young waitress. 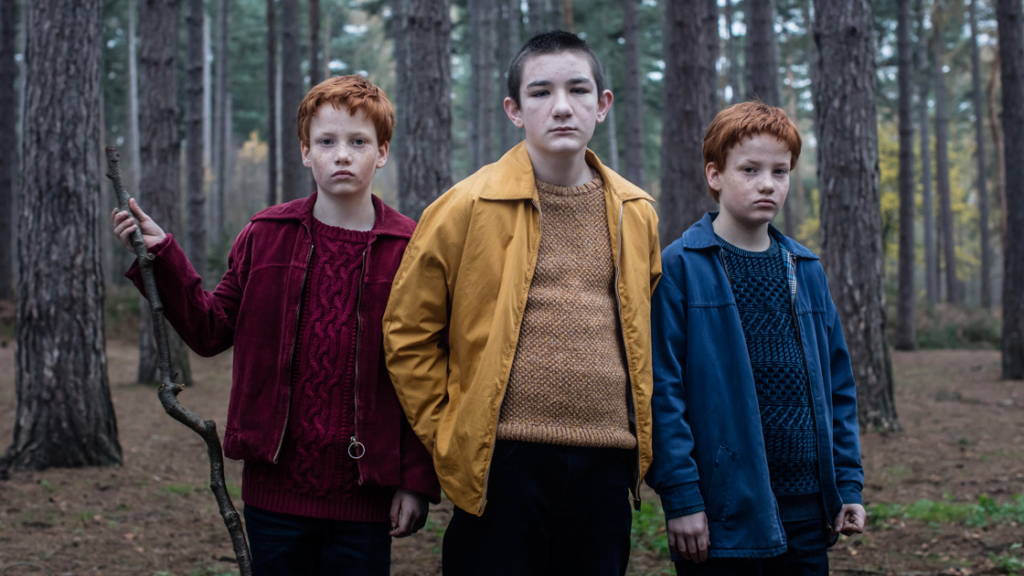 More horror driven than its respective counterparts, this installment unveils the story of a man who recalls his past and when a group of young boys lured him to a sinister house in the woods.

Looking for the Girl 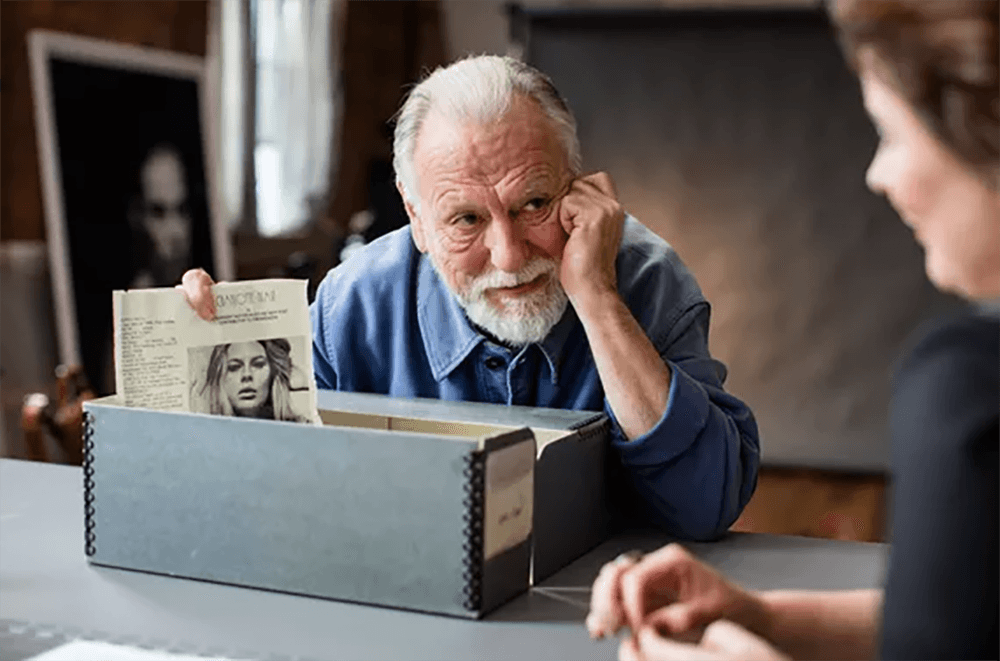 A popular photographer unreels the details of his muse during an interview.  He instantly became attracted to an 19-year old model whose photograph he saw in a men’s publication when he was a teenager himself. His suspicion began to rise when he would see the same girl year after year, seemingly not aged. Finally, one day he finds himself face to face with her and makes a decision with this newfound relationship.

One of the biggest challenges of this show is preserving Gaiman’s unique voice and appeal to his already built in audience. Foreign Parts and Feeders and Eaters do a great job in relaying the coveted writer’s macabre appeal. However, the audience may find that there are no real jump scares of horrifying images of monsters lurking in the dark. Instead, you can expect a slow burn of horror type elements that all lead to a surprise ending that is satisfactory to say the least.

You can now check out all four episodes of the Neil Gaiman-inspired anthology on the horror-centric streaming service Shudder TV.