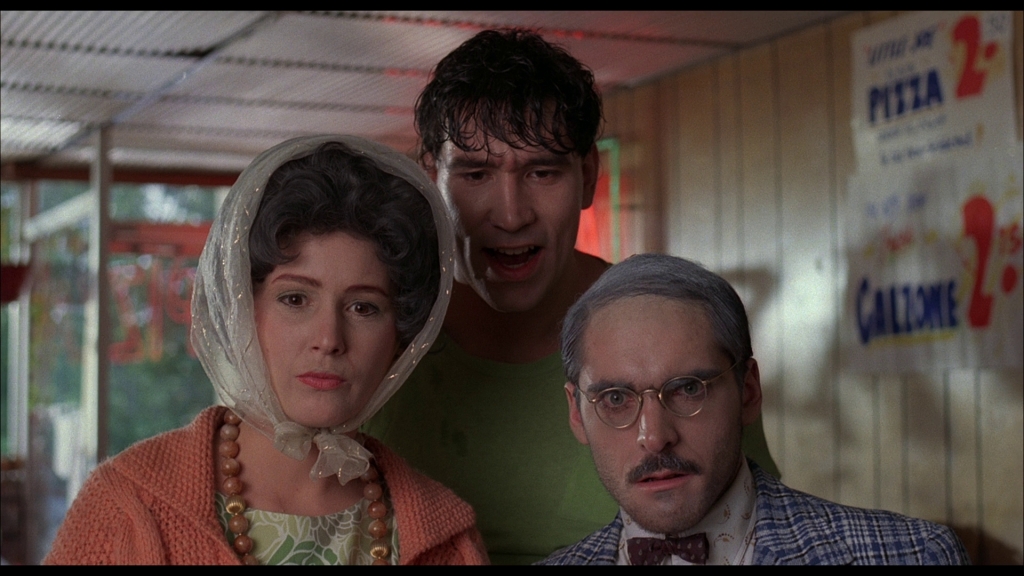 A babysitting Uncle tries to pacify his nephew with scary tales at bedtime. Let’s dig into 1986’s “Deadtime Stories”, directed by Jeffrey Delman!

We’re not re-writing the book here. Especially since they use old nursery rhymes and children’s stories as the blueprint of the bedtime stories.

I LOVED the opening title sequence with its Grimm-like fairy tale book and different monster hands turning the pages on the credits. They also were smart to not waste too much time on the wraparound story. Just get right into the meat and potatoes.

Segment 1:
The Witchy tale, it’s sort of sloppy. A fisherman’s son is sold into the servitude of a cadre of Witches. Their goal is to reincarnate their sister. The effects and makeup aren’t groundbreaking but they’re good enough. Possibly the worst fake diopter shot I’ve ever seen. There is a bit of a ROTLD vibe to the reanimating corpse which goes from skeleton to muscle. My favorite bit is when the story is over and the nephew isn’t pleased with the happy ending, so we jump back in real quick and have a few seconds of the Witches prevailing. 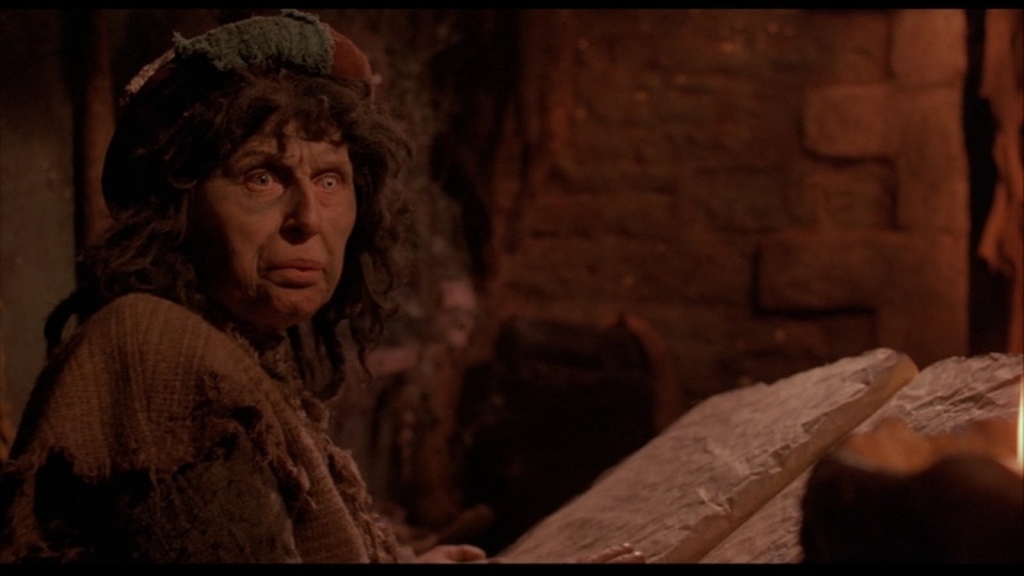 Segment 2:
The Werewolf tale is boring as hell. Rachel (Nicole Picard) picks up the wrong medication for her grandmother, apparently swapping it with a werewolf suppressant. The werewolf angle doesn’t get enough attention in my opinion, and it seems to all be predicated on the big payoff: which is (SPOILER) the Grandmother becoming lycanthropic so Rachel can utter the line, “Grandma what big teeth you have!”

Segment 3:
Goldi Lox and the Three Bears. This one has a depraved twist to it that I really liked. The Larry Juris song that plays as Mama Bear breaks the rest of the gang out of prison is great. Re-writing Goldi Lox as a serial killer was brilliant. Of course, she needed to have a shower scene that the whole family walks in on. She even bows to the origin of all horror shower scenes with the line, “You expecting Janet Leigh?” Finally, someone acknowledges what everyone else treats as novel.

A morbid ending, with the old bit of “she loves me, she loves me not” using a severed hand was just the rancid cherry we needed on top. 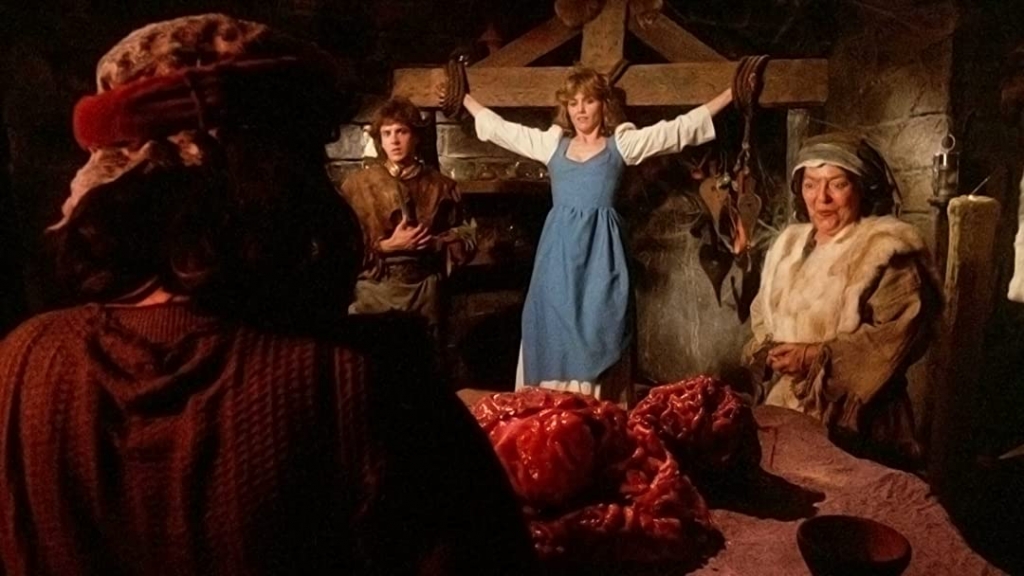 Cathryn de Prume (Goldi Lox) has such a normal look that her character’s sadistic nature really adds a layer of naughty allure to her. It’s a fun take on the old tale. 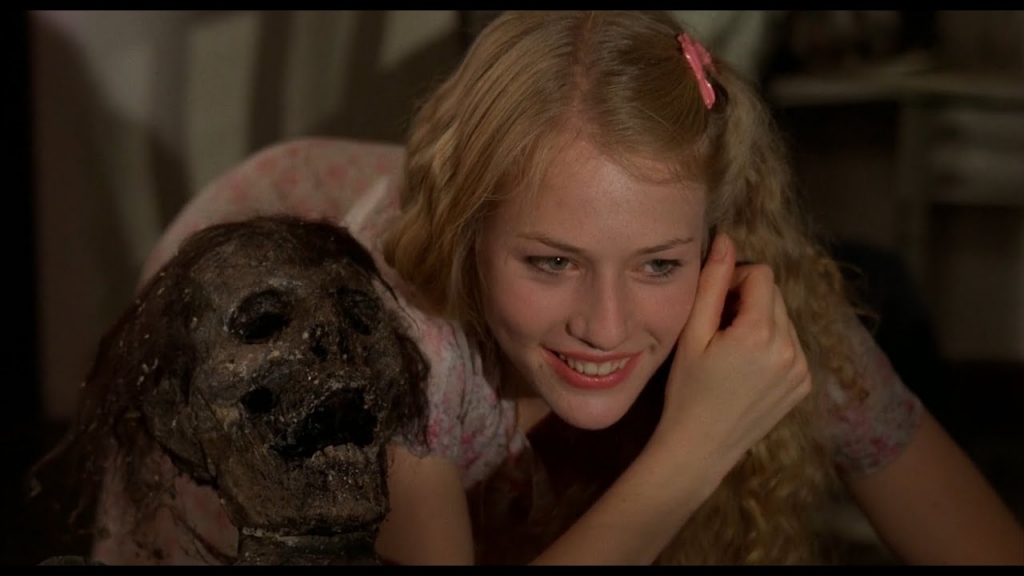 With Netflix’s recent Fear Street trilogy making a splash, the time for kid-centric horror with a surprisingly violent and adult-themed twist seems to be suitable.

Of all studios, Nickelodeon released an obviously kid-friendly, eleven-episode mini-series in 2012 with the same title.

Shout Factory released a Blu-ray in 2017 with new commentary and interviews. You can also stream from Tubi, Hoopla, Shout TV, and Flix Fling.