An ambitious indie that tries to compete with big budget action movies, America Has Fallen makes a valiant effort that shows a lot of potential 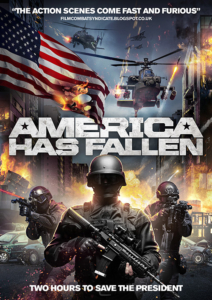 A routine bus ride turns out to be a life altering event for Ryan (Tom Getty), but by the time he realizes that, it could be too late.

PLOT SYNOPSIS: When Ryan is approached by an attractive woman he’s seen before on the bus, he is flattered and taken in by her charm. The two strike up some small talk, and it is clear there’s chemistry between them. She explains that she won’t be on the bus after this ride, as her job has moved. Still, she decides to take a risk and give him her number, although he worries it might be a fake. As it turns out, it’s something much worse.

The phone number belongs to a cell phone that is wired to a lot of explosives. So when Ryan makes the call, it triggers the explosives and dozens are killed in the blast. He is unaware of this, so he continues to call. He learns the truth when the feds raid his apartment and take him in. The evidence against him is overwhelming, but can he manage to find a way to reveal the truth? 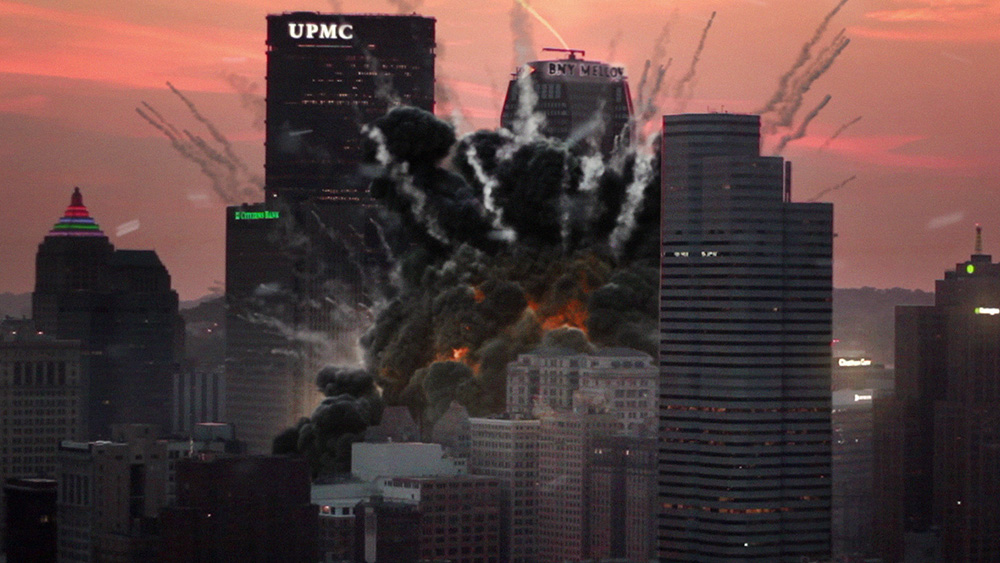 A lot of indies take risks, but these are often narrative or content risks — controversial topics or bold storytelling. But in the case of America Has Fallen, the risk is to go big or go home, as it tries to go blow for blow against big budget action movies. Obviously this is a tall order to say the least, as the resources used to make this movie likely wouldn’t cover a couple meals on a Hollywood production.

But I love the ambition and spirit of this one, as not many filmmakers would even attempt such a feat.

This is a political thriller with a heavy action slant. Think of a B-movie version of the Jason Bourne films — with lots of action, twists, political drama and terrorism. The narrative is not all that original, but it does what it needs to by setting up the framework for the action and tension. 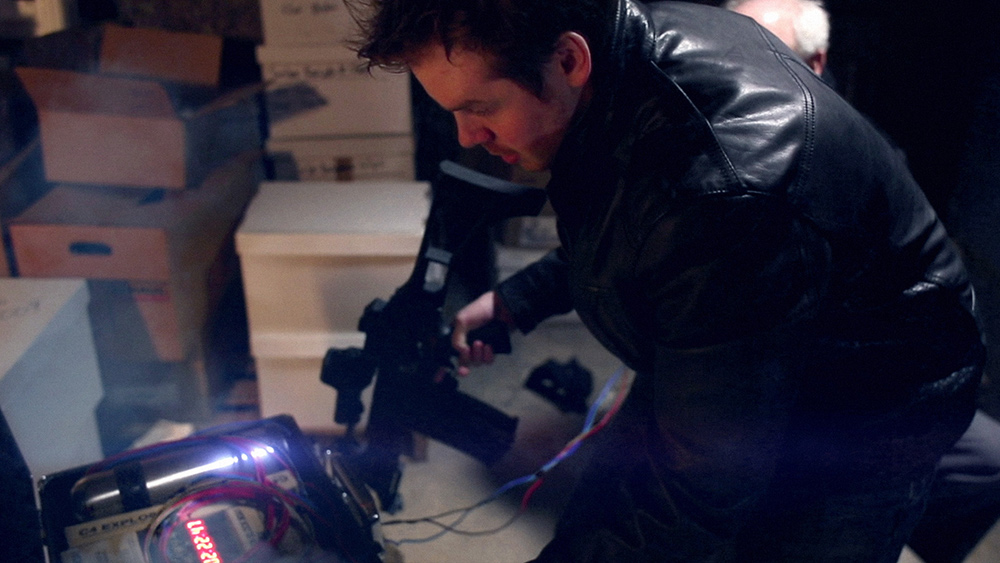 The pace runs fast and rarely relents, as new swerves pop up to keep things brisk. This isn’t your typical low-budget indie that keeps the action contained within a couple of set pieces. Rather, this one goes for a Hail Mary and attempts to be a full-blown action/thriller. Even if the movie doesn’t quite hit the bullseye, it’s hard not to appreciate that kind of ambition.

An action movie needs set pieces with chases, explosions, shoot outs, and all that good stuff — and we get all those elements here. The low budget is evident in these scenes however, as the effects work is just not impressive. The CGI sticks out like a sore thumb, which dampens the action, but I understand the need. After all, these kind of action scenes are insanely pricey, and it wasn’t plausible to have them staged in practical ways. 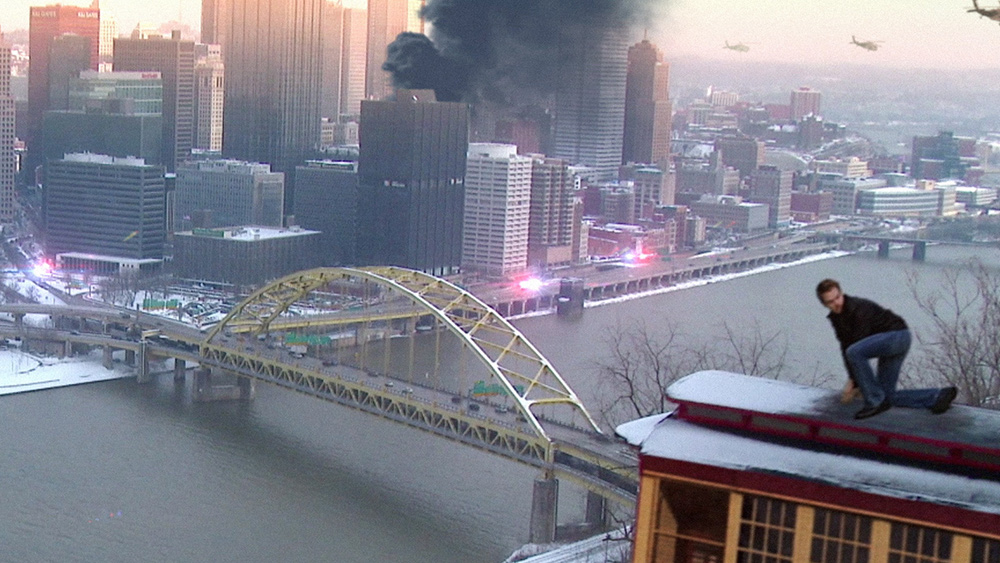 Even Hollywood often opts for digital effects in big set pieces. So, while the CGI here is bad, it’s not that much worse than you often see even in big budget blockbusters. In truth, the CGI might work in the film’s favor, as B-movie fans often appreciate unintentional humor. To me, America Has Fallen does greatly entertain in that aspect.

The cast is passable, with performances that are decent — but with no real standouts. I found Tom Getty to be a decent lead. While not the typical action hero, he makes it work well enough here. The moments where the cast go a little heavy handed or overly dramatic are fun too, as it kicks back into that unintended humor angle. 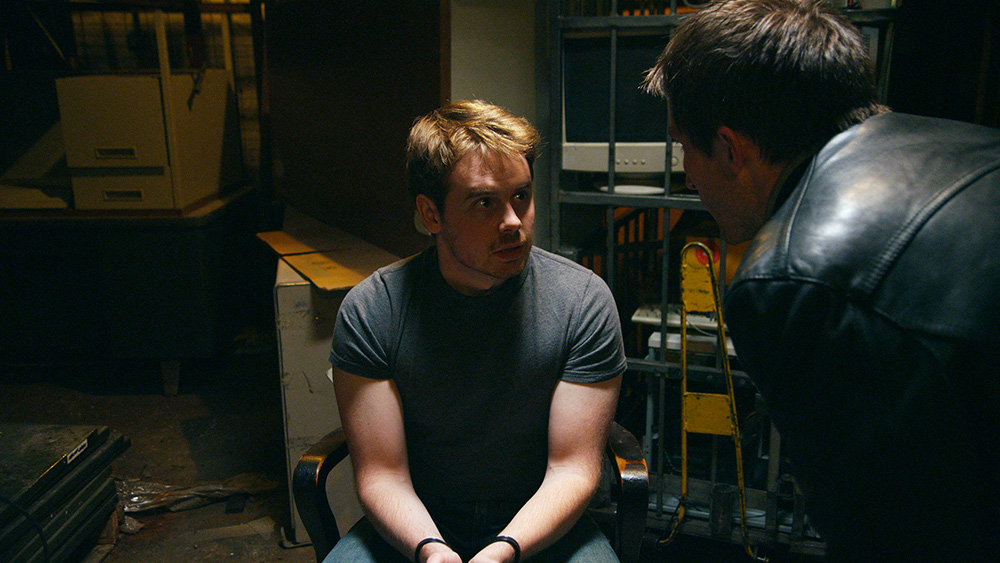 I really appreciate the ambition of America Has Fallen, and the movie shows a lot of potential from those involved. It is held back in numerous ways by the very limited budget.

But, if you’re a fan of action-packed B-movies or SyFy Originals, this is one you should definitely look into.