With an A-list cast, stunning visuals, and more scares than you might expect, Netflix’s “Velvet Buzzsaw” is a compelling — if imperfect — film. 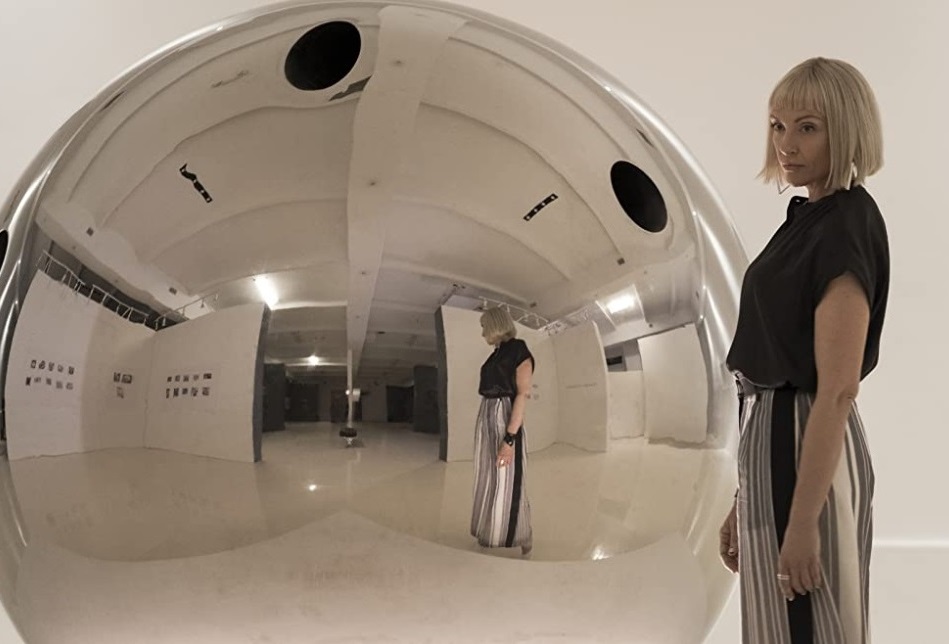 Dan Gilroy, the director who brought us the weirdo thriller Nightcrawler, teams up once again with Jake Gyllenhaal, plus a highly reputable cast that includes Toni Collette, John Malkovich, and Rene Russo, for the 2019 Netflix release Velvet Buzzsaw. What essentially boils down to Final Destination meets Pollock, Velvet Buzzsaw is a creepy, fun, and sometimes ridiculous ride into the cutthroat world of modern art.

Within an ultra-competitive circle of LA art curators, everyone is trying to stay one step ahead to find the newest, hottest trend. That’s why an ambitious young gallery assistant named Josephina (Zawe Ashton) can’t believe her luck when the next big thing literally lands at her feet, in the form of her reclusive artist neighbor lying dead in the hallway of her apartment building. Inside his room, Josephina discovers a lifetime’s worth of jaw dropping artwork, which it seems the creator was in the process of destroying before his final moments.

Josephina introduces the paintings to her clique of gallery owners (Collette and Russo) and her art critic lover (Gyllenhaal), and it’s not long before the deceased artist, known as Vetril Dease, is the talk of the town, thanks both to his evocative style and his alluringly mysterious personal history. Upon digging a little deeper, the group learns more about Dease’s tumultuous past…one filled with mental illness, abuse, and even murder.

When the profiteers of the artist’s posthumous success start dying one by one, they begin to suspect that Dease’s violent legacy may be living on through his paintings.

Velvet Buzzsaw is billed as a horror satire, but honestly it was hard for me to see the humorous aspect, except perhaps in a light poking fun at the quirky and pretentious characters that inhabit the modern art world. 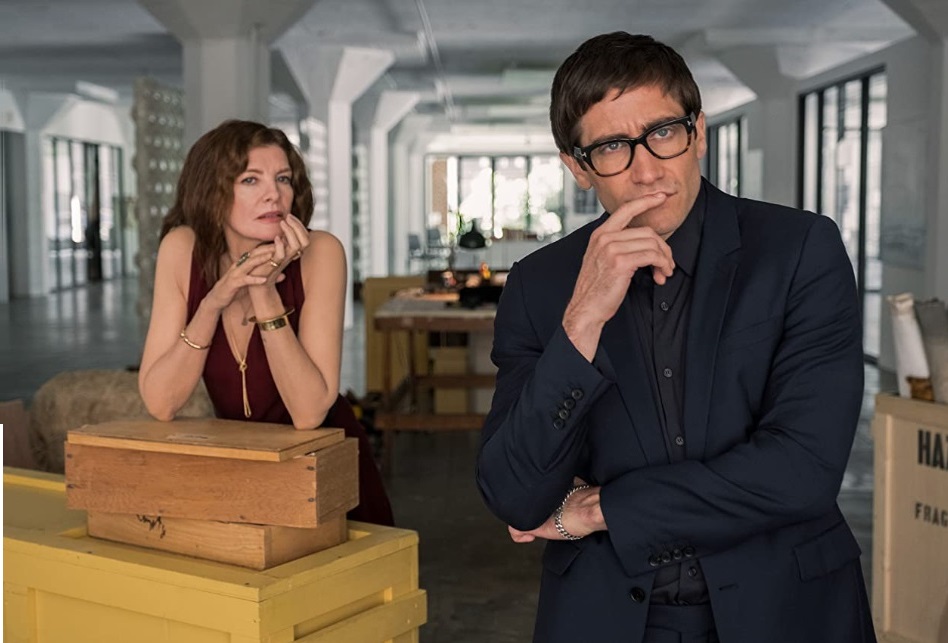 The art community can certainly seem absurd to some, populated by eccentric characters who fawn over incomprehensible scribbles, which are somehow considered deeply philosophic and sell for thousands of dollars…but lest we forget that any subculture is liable to seem silly and frivolous from the outside.

I found that once I let go of the expectation that I should be laughing at something and tried to immerse myself in the characters’ perspective, the film actually became more enjoyable.

The paintings — provided by artist Saxon Brice — are impressively haunting. 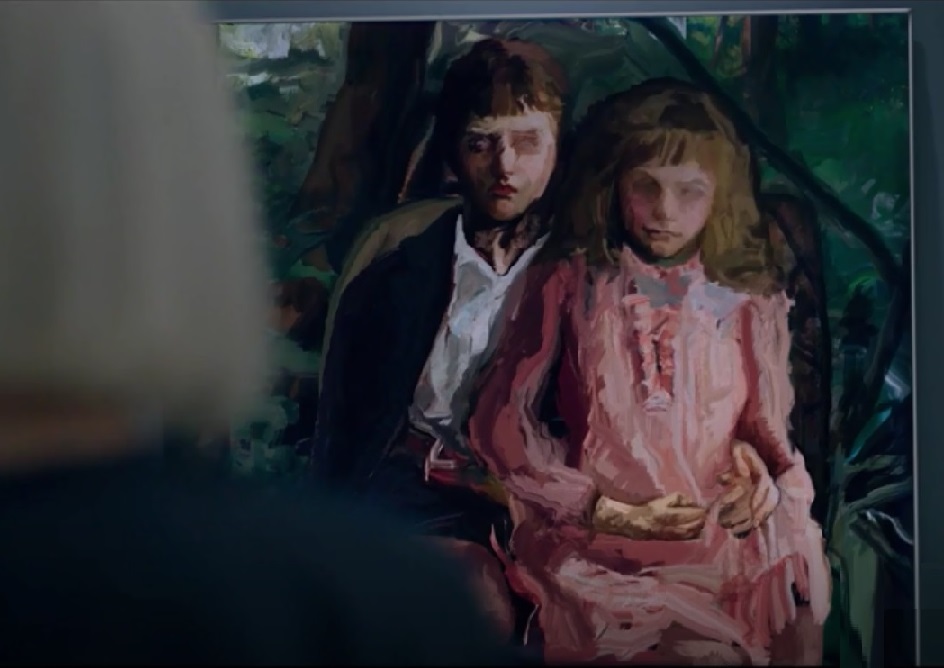 I especially appreciate that they are so emotionally wrenching without relying on gore or violence or hackneyed horror imagery. Part of me wishes that we had more background on the mysterious creator and the origin of the curse, while part of me is content with the cryptic story the artwork itself conveys.

On average the deaths are not as fun and elaborate as a Final Destination style kill, but a few of them are quite creative and contextually satisfying. The protagonists are insufferably self-absorbed and unscrupulous, which allows the audience to unrepentantly enjoy a bit of sadistic pleasure in witnessing their demises. Though unlikable, the characters avoid becoming too one-dimensional.

Each actors’ talents are honored and showcased by a well-crafted script and adept directing. 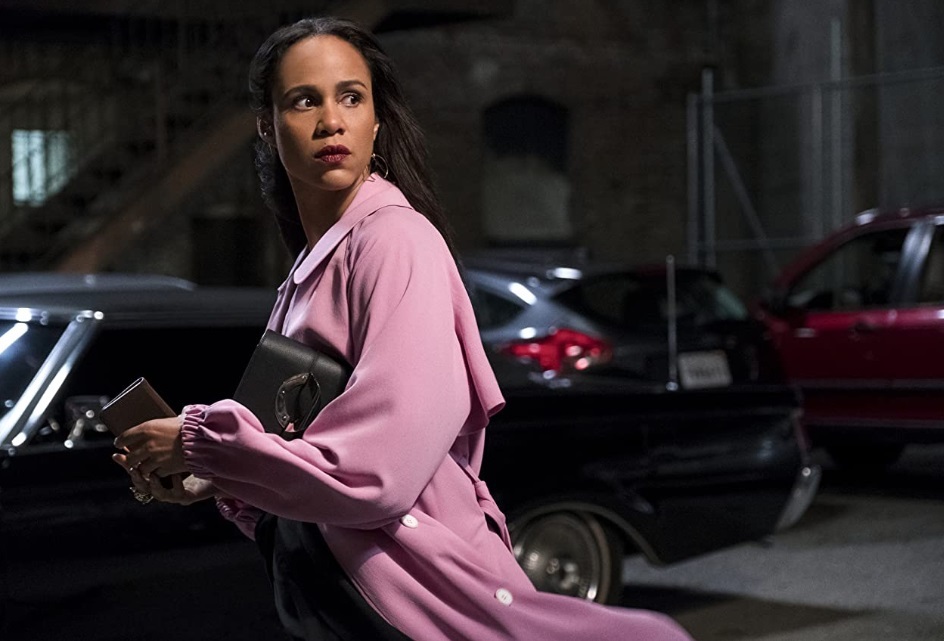 The only exception may be Malkovich, whose role in the film seemed like somewhat of a non-sequitur. However, relative newcomer Zawe Ashton, whose prior work mostly includes television appearances, has no trouble shining among the all-star cast.

I’ve been recommending this film left and right, mostly because I find the artwork is so captivating.

The story will easily pull you in if you let it, especially if you avoid getting bogged down by the idea that the characters aren’t worth taking seriously. Despite its label as a horror satire, the film is genuinely scary, thanks mostly to the eerie artwork and the themes of exploitation and violent retribution. There are even some thought provoking questions about ownership, the commodification of trauma, and what people are willing to accept as art (such as a mangled corpse on a gallery floor, for instance).

As a satirical work, the film left something to be desired. But as a whole, it is engaging and stylish enough to earn a solid 4 butterflies.

The trailer is available below, but I would highly recommend skipping it because it’s filled with some pretty major spoilers (maybe I’m old-fashioned, but I prefer to go into a movie without having already seen a montage of every key plot point and death scene.)