At times highly effective, and other times uneven, “Eli” is a flawed but worthwhile addition to Netflix’s original horror programming.

Eli (2019) is a new addition to Netflix’s growing line of horror films. Unlike Bird Box (2018) and The Perfection (2018), Eli released under the radar. However, this film’s strong story and potentially controversial ending make it worth watching.

Eli (Charlie Shotwell), the titular character, is a boy with an autoimmune disorder that makes him allergic to everything. When exposed to unfiltered air or water, his skin visibly breaks into a violent rash and he stops being able to breathe. His parents, now desperate for a cure and destitute, bring him to a clinic where a doctor claims to have a cure.

Of course, the clinic is a stately southern mansion which seems to be constantly surrounded by fog and may be haunted. As he discovers more about the house and his treatments, Eli must uncover the mystery surrounding him or risk being swallowed by what haunts the house. 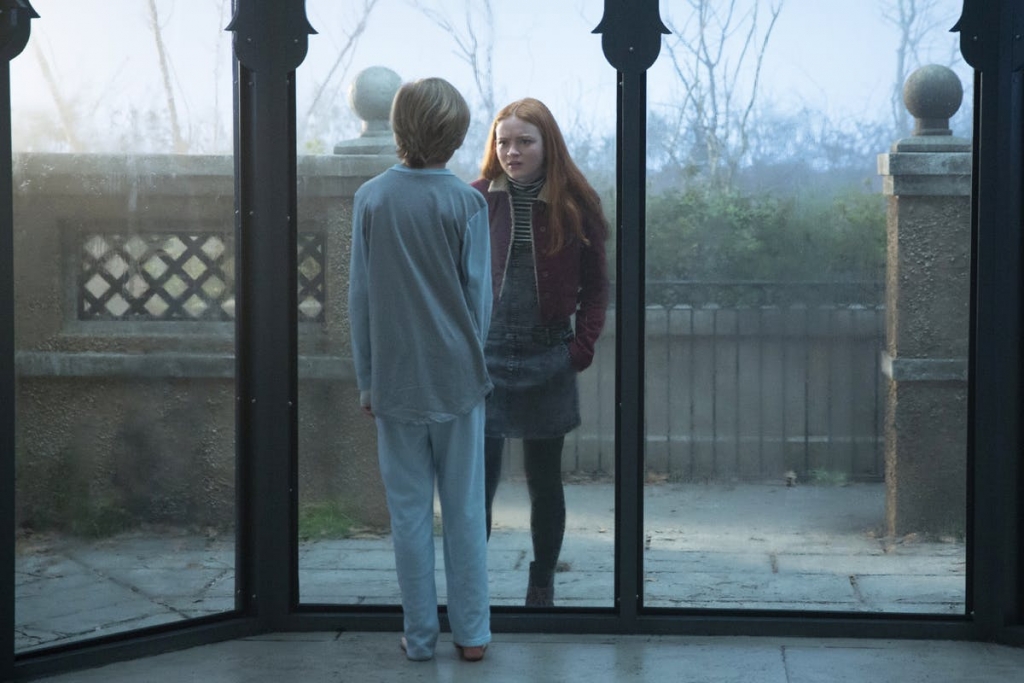 The clinic is a filtered environment, so Eli can move around outside of a hazmat suit for the first time in years. There are some genuinely touching moments associated with his newfound freedom. He actually hugs his family, he takes a real shower, and he even manages to meet another kid. When ghostly activity begins to threaten these new privileges, it’s easy to sympathize with him.

Any empathy you feel for Eli is a direct result of Shotwell’s performance. He manages to be an afflicted kid, without becoming an annoying character. When the scares start coming, the audience is on his side.

In addition to an interesting plot, Eli is successful in creating frightening moments. I think any experienced horror fan is going to see the jump-scares coming. The film relies heavily on mirror-related frights, which work most of the time, but end up feeling overdone by the halfway point.

Eli is successful, however, in creating different types of horror outside of the jump-scare.

Eli ends up undergoing a series of medical procedures, and each of them get more and more horrific. Combined with Eli’s consistently deteriorating health, his parent’s murky motives, and Lili Taylor’s subdued, but still menacing performance as the doctor creates a strong basis for tension.

Despite these strong points, there are issues.

Much of the middle of the film moves slowly. Although Eli is an empathetic character, his parents are hard to love, and that makes their subplot tiring. Unfortunately, there’s a lot of wooden dialogue and predictable familial tropes. It feels like the film is trying to add nuance to characters that are designed to be one-dimensional.

Despite the mysterious circumstances surrounding Eli’s confinement in the clinic, the film fails to compel the viewer to invest in the enigma.

And then there’s the ending.

The climax falls, frustratingly, in the middle regarding its effectiveness. On the positive side, there are some great action sequences and amazing visual work happening. The film casts off its haunted house disguise and decides to go full bore in another direction. At times, this is compelling, but it’s also jarring.

There’s a lack of subtlety regarding Eli’s true affliction and, perhaps, it would feel more natural if there were clues hidden throughout the film. Instead, Eli pulls the viewer along and expects them to be ready for the ride.

Eli falls in the middle. When it’s good, it’s really good, but when it struggles, the pace slows, and the gags begin to feel overdone.

Regardless, it’s worth the watch if you’re looking for a haunted house film that isn’t afraid to think outside-of-the-box.