Ridley Scott’s latest Alien installment may just be the most epic one to date, especially if the newly revealed poster art is any indication. Check out the masterpiece below. 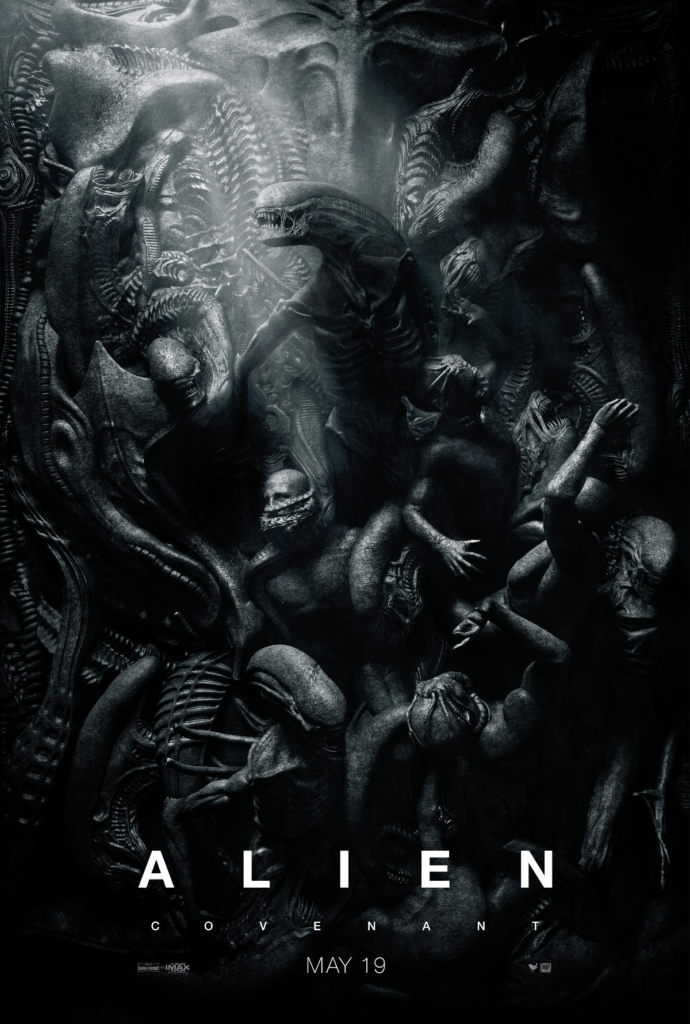 The new poster was recently shared via Twitter, captioned with the ominous text “THE PATH TO PARADISE BEGINS IN HELL.” Featuring a mural of pure sci-fi horror — with the infamous Xenomorphs, Facehuggers, etc intertwined — the stunning poster was shared by the film’s official Twitter account. The new art seems to reinforce the fact that the series appears to be returning to its horror roots, moving in a much darker and scarier direction.

Scott’s Alien: Covenant is the 6th installment overall in the Alien franchise. The original followed the storyline of a group of crew members boarded on the ship, Nostromo. When a member of Nostromo unintentionally becomes host to the franchise’s soon-to-be genre famous aliens, it kicks off the beginning to the crew’s terror and battle with the extraterrestrial beast. Alien: Covenant is set to follow the harrowing journey of another potentially doomed crew:

“The crew of the colony ship Covenant, bound for a remote planet on the far side of the galaxy, discovers what they think is an uncharted paradise, but is actually a dark, dangerous world. When they uncover a threat beyond their imagination, they must attempt a harrowing escape.”

While Alien: Covenant is the sixth entry in the series, it’s only the second film in the chronological timeline of the prequel series, started by 2012’s Prometheus. The prequel series is set roughly 30 years before the events of 1979’s Alien. The new film is slated to star franchise familiar Michael Fassbender, who previously starred in Prometheus. Starring opposite Fassbender are Katherine Waterston, Danny McBride, Demián Bichir, Carmen Ejogo, Amy Seimetz, Jussie Smollett, Callie Hernandez, Nathaniel Dean, Alexander England, and Benjamin Rigby.

Alien Covenant lands in theaters this Spring: May 19th, 2017. It’s easily one of the most anticipated horror/sci films of the year, and we’ll continue to bring you updates as they become available.