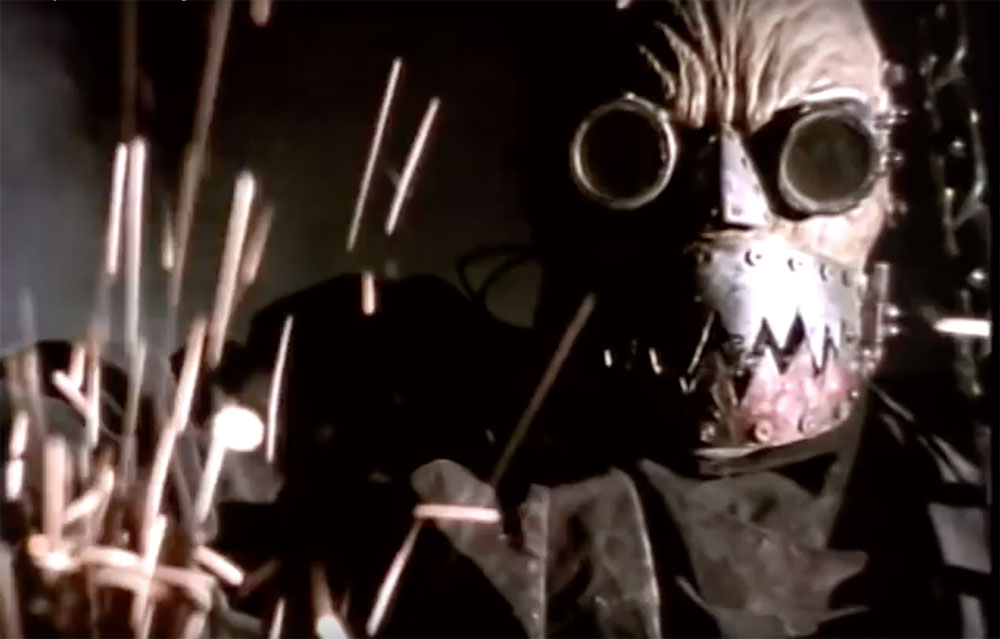 To start the year off right, we’re going to be revisiting a truly exquisite piece of celluloid. The new year is upon us, and instead of searching for the next new thing, we thought we’d take a look a back at one of the most terrifying films in the genre.

Skinned Deep is a 2004 horror film, written and directed by Gabriel Bartalos. It stars Les Pollack, Karoline Brandt, Jim O’Donoghue, Jason Dugre, Liz Little, Aaron Sims, Kurt Carley and Warwick Davis as Plates. Tina (Brandt) and her family are on cross country vacation when their RV suddenly gets a flat. What happens next can only be described as something straight out of a nightmare. 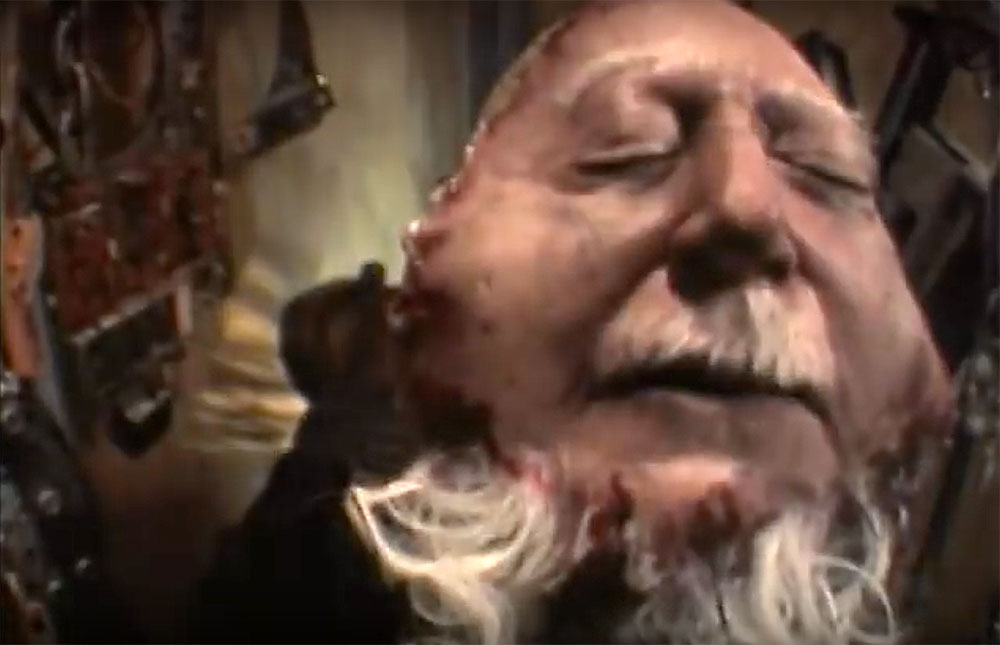 Skinned Deep has a throwback slasher feel and appearance, taking us back to the golden age of horror with its gritty and grainy style. It’s essentially an extremely fucked up version of the legendary 1974 Tobe Hooper classic Texas Chainsaw Massacre. Imagine the Texas Chainsaw Massacre on steroids, and that’s exactly what you get with Skinned Deep. 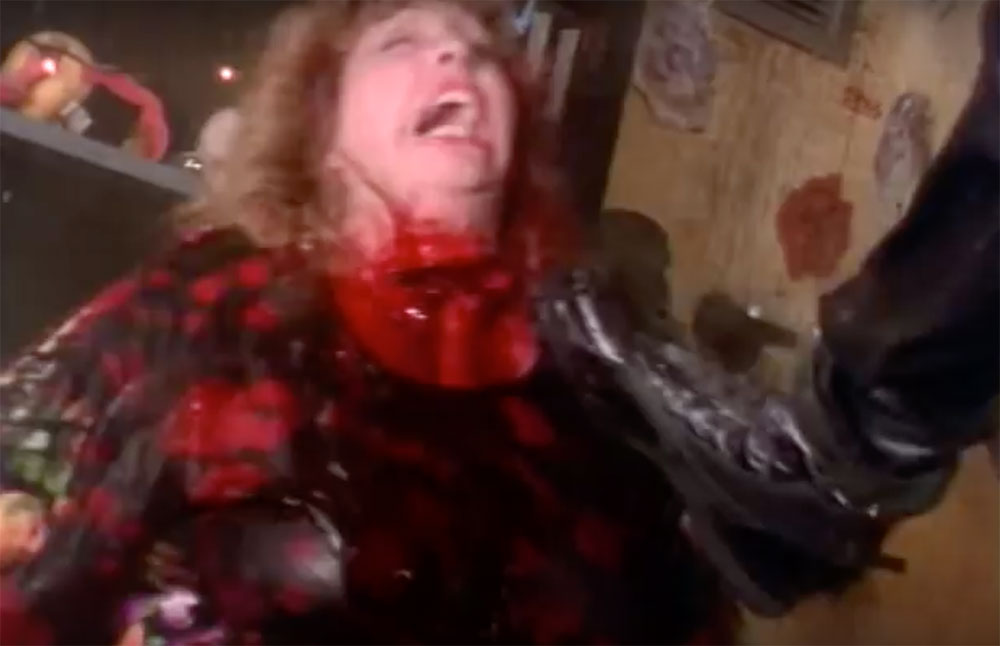 This is what old school horror is all about. It’s a brutal, explosive, completely insane film and one hell of a bloody good time. When it comes to amazing hidden horror films, it doesn’t get much better than this. SKINNED DEEP is packed full of all the classic horror traits, and much, much more. It offers some of the most eccentric and viable horror scenes in the entire genre.

It’s a brilliant piece filmmaking and overall just a badass film. It’s basically a slasher film in the vein of the Texas Chainsaw Massacre, despite how crazy it comes off. The sets are absolutely beautiful, dingy and grimy like a playhouse of horror. The set dressing and props help add a feeling of despair and confinement, and the soundtrack creates a severe, effective intensity. 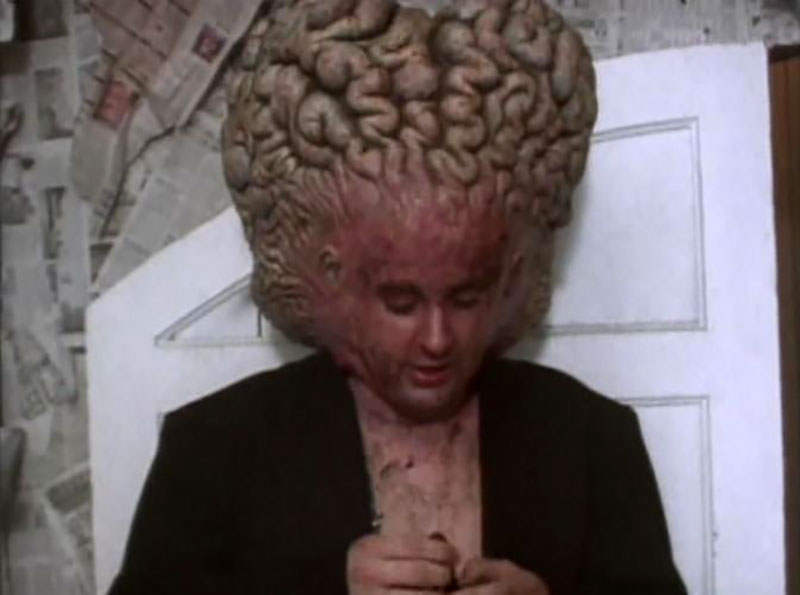 The characters in this film make the Sawyers look like an all American family. There isn’t a more sadistic or deranged family of killers in all of film. Skinned Deep is unlike any other horror film out there. It’s unsettling, extremely disturbing, and just downright mean.

It’s obvious the acting isn’t the best, but it kind of supplements the throwback vibe. However, some of the performances are very frightening and scary at times. The Surgeon General is absolutely monstrous and without a doubt one of the coolest slashers to ever grace the scene. 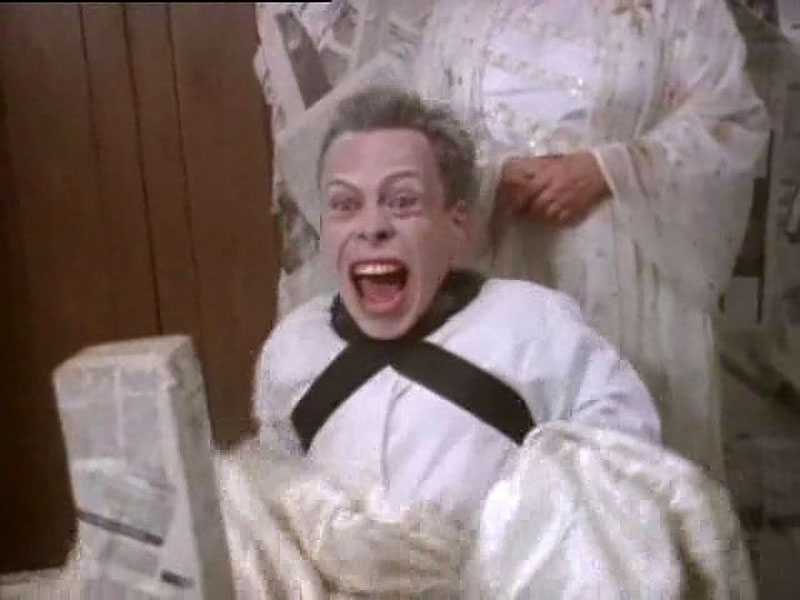 And then there’s the character of Plates, played by the infamous Leprechaun himself, Warwick Davis. While a few might disagree, Davis’s portrayal as the serial killer named Plates is the performance of his career. As the Leprechaun, Davis was confined by the chains of that character’s parameters. As Plates, he was able to let loose and really find the inner madness of the character. It’s something you have to see to believe.

The makeup and special effects are a smooth combination of practical and CGI, and the gore is simply fantastic. The practical effects are magnificent and reminiscent of the old school slasher films from the seventies and eighties. The gore is enough to satisfy the hungriest of hounds, and is reason enough to make this a must have film for any collection. 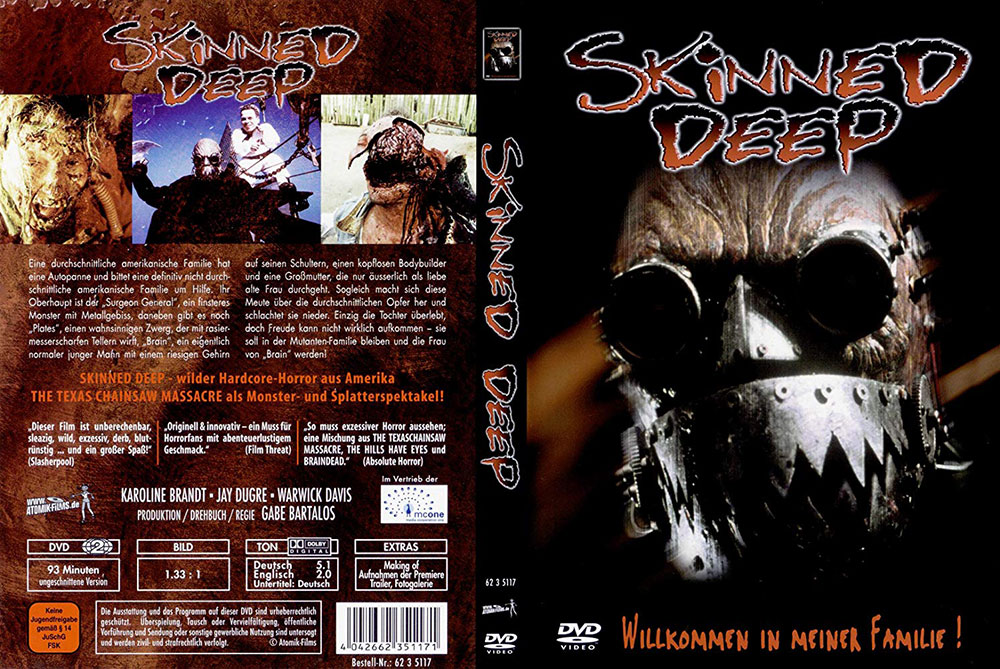 I give this film 3 out of 3 scratches for its originality, diversity, and simply for being such a badass film.

Skinned Deep is sick, twisted and bizarre. It’s a gore lovers dream come true. There are monsters, tons of kills, and of course Plates. It’s a forgotten, underrated masterpiece, and a film any horror fan will love.

If you haven’t seen this yet, you have no idea what you’re missing out on. While it’s not currently available on any of the streaming services, There’s an inexpensive DVD release on Amazon you can order.