On this episode of the cast, we chat with Tyler Russell about his latest feature “Cyst”, a cheeky homage to early 60’s monster movies. 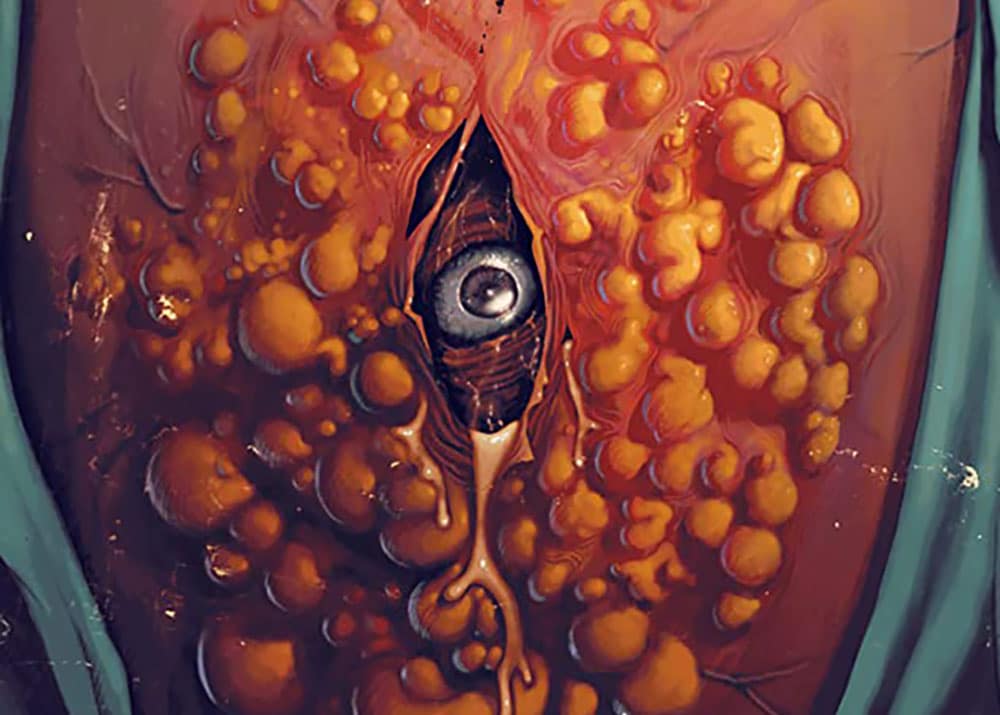 In the interview (beginning at 1:45), Tyler tells us why he decided to make a horror picture having previously made a number of gritty dramas, what the biggest inspirations on the movie were, and how he was determined to make something that had as much heart as it did gross-out moments.

Plus, we get into how he wrangled his cast of cult genre faves (The Room’s Greg Sestero, Troll 2’s George Hardy, and Lexx’s Eva Habermann), how much input he had in the design of the Cyst monster, and what led him to film the movie in Baltimore instead of his native state of Texas.

Finally, we get into the movie’s festival run and the impact COVID had on it, while also discussing why the film would make a good double feature with our previous guests’ (Derek Carl and Hank Huffman) film, The Brain that Wouldn’t Die. You’ll also learn what Tyler has in store for us in the future!