The Night Watchmen is a fun, action-packed horror comedy that’s heavy on the humor, featuring a great cast and a clever, entertaining premise 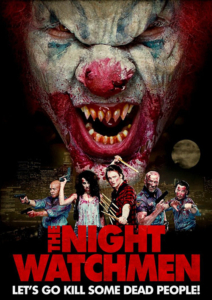 The Night Watchmen is about a group of bumbling security guards at an office complex who find themselves battling a bloodthirsty group of vampires after a corpse is accidentally delivered to their building.

The set up for the film is simple and to the point, with a brief news montage playing over the opening credits explaining the the mysterious death of Blimpo, beloved clown, while performing a show in Romania. When Blimpo’s corpse is delivered to the office building, the carnage begins as he is not really dead, but a vampire! Well, as the film calls him, a clownpire.

And this clownpire looks pretty cool, like Pennywise mixed with the make-up from Night of the Demons. 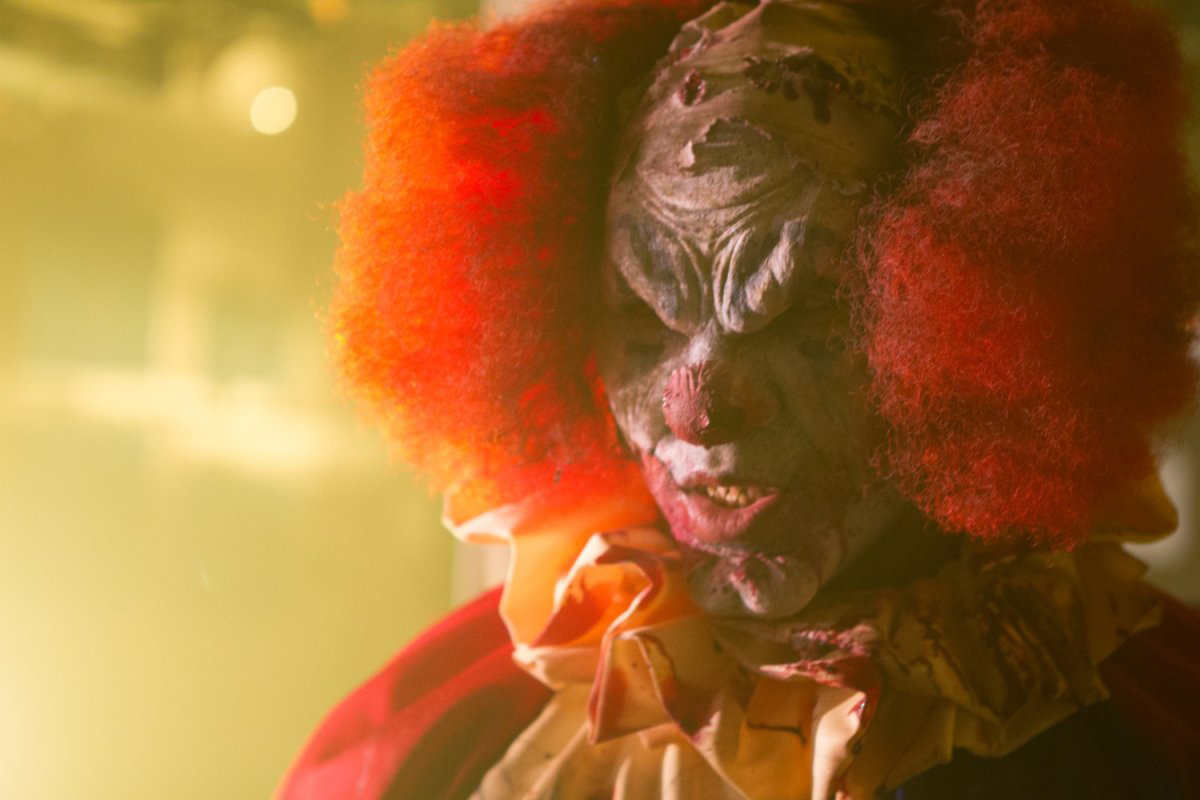 The film is fast and fun, never taking itself too seriously but looking to entertain with every scene.

There are constant laughs during inappropriate situations (“Oh good, it wasn’t Karen,” says one security guard, referring to the hot girl in the office, when rolling over a dead female), and the soundtrack features a very 80s sounding, drum machine driven song that plays during a very 80s arming up/geting-ready-to-fight montage.

Plus we get a fierce, bloodthirsty and totally bad ass Tiffany Shepis in a too quick, but completely awesome scene. If it has Tiffany, count me in. 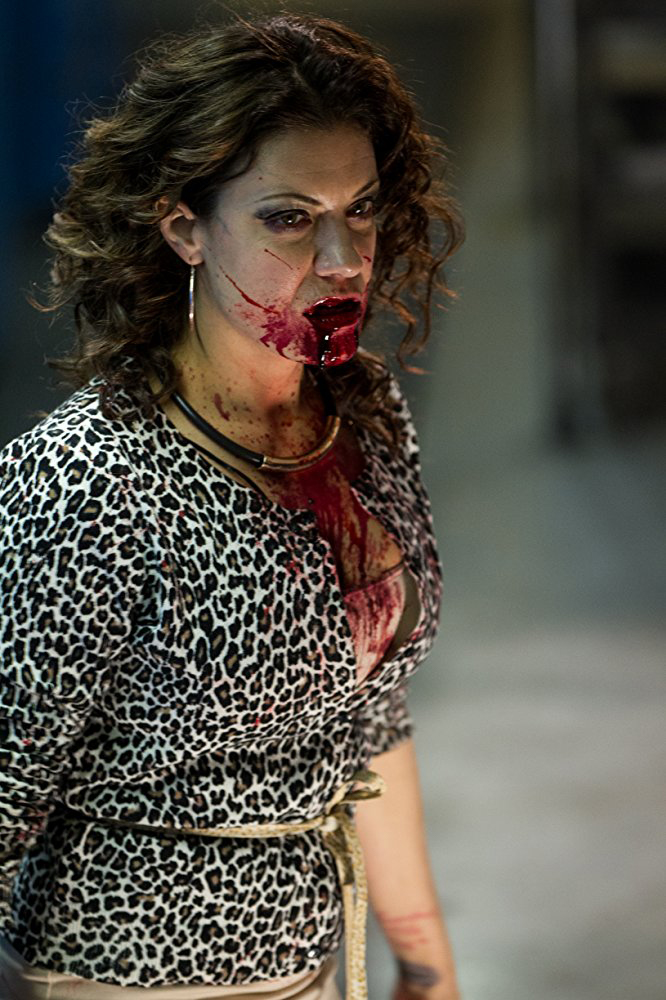 The cast has a great onscreen chemistry as they clumsily figure out how to fight the vampires and often hilariously argue about what the best course of action to take is. The standouts among the cast are Ken Arnold and Kevin Jiggetts as 2 of the very funny security guards and Kara Luiz as the attention commanding Karen.

The film does a great job raising the stakes and nicely blending humor with touching moments as the importance of seemingly meaningless work acquaintances are proven to be valid life relationships when lives are on the line. It’s a nice touch to an otherwise carefree and fun film that is light on any real meaningful drama. 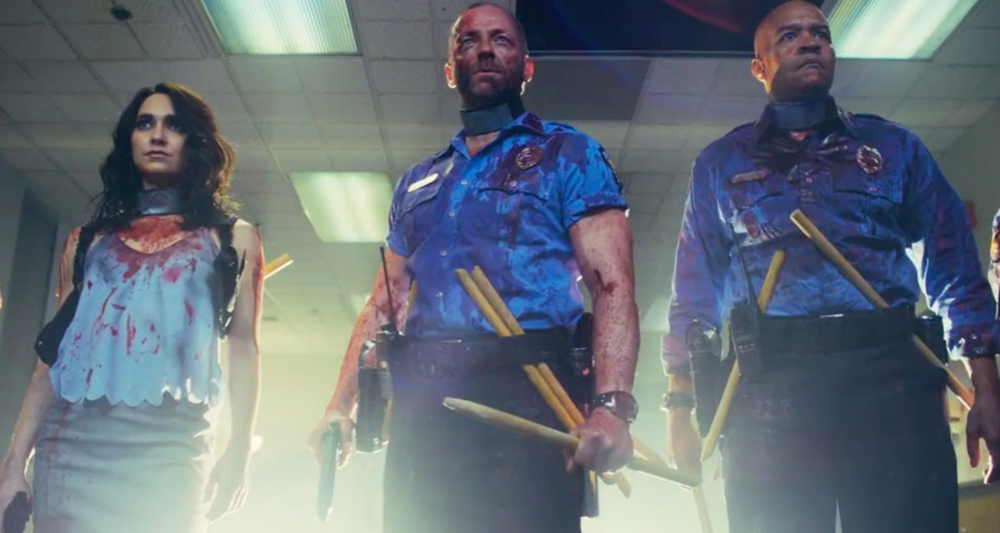 The Night Watchmen is capped off with a quick cut, colorful, action packed, Royal Rumble-like free for all. It’s a blast to watch our rag tag group of heroes (I use that term loosely) get more and more covered in blood as they fight off the non stop vampire attack. Full of racial and gay jokes, the humor is no holds barred and almost every time ends with a laugh. It’s never over the top and doesn’t go too far, and it works. (Yes, that stuff can still be funny).

It looks like it was a lot of fun to film this movie, and that feeling comes through in the final product.

Definitely check this one out if you’re a fan of blood soaked horror-comedies or just fun in general. I would love to see the further adventures of these night watchmen, especially if Kara Luiz continues to kick vampire ass in those black high heels.